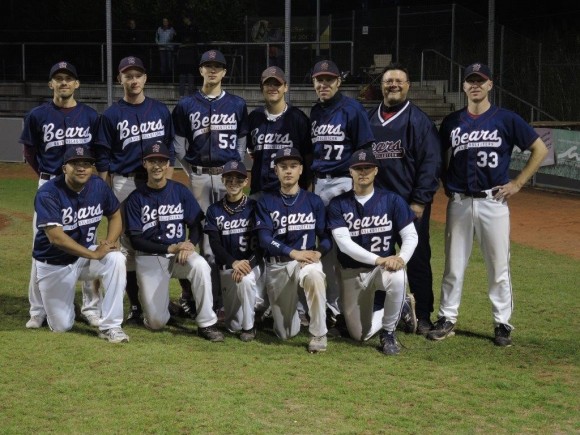 Welcome to the Kaiserslautern Bears – sharing America’s national pastime within our German-American community. The “K-Town Bears” is a German independent club, which has been fielding baseball & softball teams since 1990. Currently, we have two men’s baseball teams, a mixed softball team (fast pitch), and a youth baseball program. Aside from a few minor variations, the German league games are conducted according to the rules of professional baseball/softball, with professional umpires and scorekeepers.

League games are scheduled from April to October, but the teams are active nearly year-round.  Outside of the regular season, we also have a chance to participate in regional tournaments. During the off season the teams hold indoor practice and conditioning drills. We have immediate openings for interested players at all levels, so if you are looking for a chance to play please contact us.

The men’s team played the 2013 season in the SWBSV (Southwest German Baseball and Softball Association), also known as the “Verbandsliga.” Finishing the season at 10-3, we placed second in the standings, and were selected to move up to the DBV Regionaliga (Deutsche Baseball Verein – German Baseball Association, Southwest Region). In the Regionaliga, we will play doubleheaders 2-3 times a month, for a total of 28-30 games over the summer. Ages 16 & up; this is a wood bat league.

The men’s second team played in the Three Rivers Baseball league, and finished third in the standings.  This league plays monthly tournaments, and offers great opportunities for those who are developing new skills or dusting the rust off. Youth players, women & aluminum bats are allowed in this league, but make no mistake – this is real baseball and the competition is friendly but fierce! 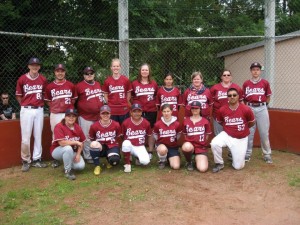 The mixed softball team played in the SWBSV, placed first in our division, and won the league championship.  We also placed second in a pre-season tournament in Strasbourg, France. In 2014 this team will play in the Champions league!  Mixed softball is fast pitch. 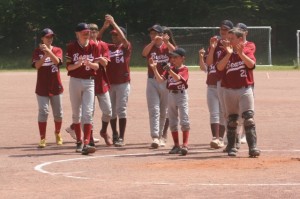 The youth baseball team finished in fourth place in the SWBSV youth division, and is looking to build on a strong finish to carry into the next season.  Boys & girls, ages 10-15.

Friends & family members play an important role as part of the K-Town Bears. The Club operates concessions at the games, and also maintains the field. Help is always welcome!

Corporate sponsorship is an important part of every season. If you or your company would like to become part of the rich tradition that is the K-Town Bears, please contact us.

You can check out photos from past seasons on the website www.ktown-bears.de. You can also see our rosters, & find training times & locations.  Use the links on our site to contact the coaches & arrange for your tryout!