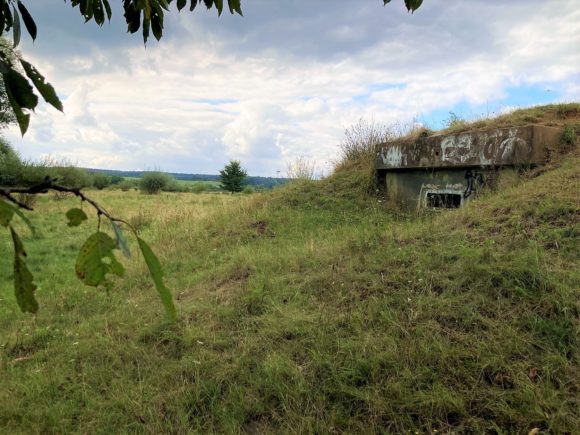 What Ever Happened to the Sembach Airfield?

“It’s hard to tell there was a runway here,” my husband says over the chilly winter wind.

“True. But they left a few bunkers and pavement,” I respond.

“And the tower.” He points beyond the field where there is a tall green airport control tower attached to a long 3-story building of the same color.

We are looking at a stretch of fields north of the village of Mehlingen. Far to our right are a group of buildings – an industrial park – that look suspiciously like old hangars. Beside us is an old bunker. 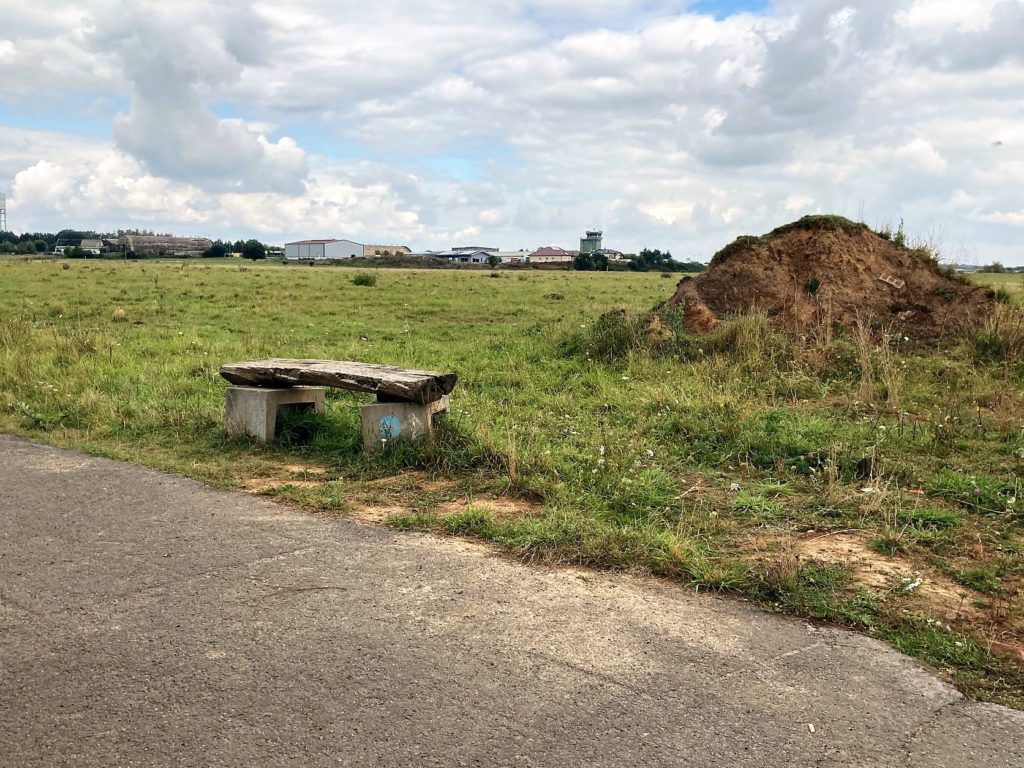 Remnants of the Runway

30 years ago, we would be standing at the Sembach Air Base runway. In 1995 the United States Air Force returned the land to the German government, which dismantled and removed almost the entire paved runway. The land is now an open grazing field.

We’ve biked here along the Barbarossa and Pfalzer-Land cycle routes on a cold but sunny January weekend. The old airbase lies on a nice paved multi-use trail through the fields north of Mehlingen – a spur of the Pflazer-Land route.

The old fencing still lines the southern side of the trail. On the other side of the trail, there is a spaced-out collection of bunkers lining the border. They are in various states of decomposition; some are just a pile of dirt and bricks, while others appear to be fairly intact. It is not recommended to enter old bunkers. 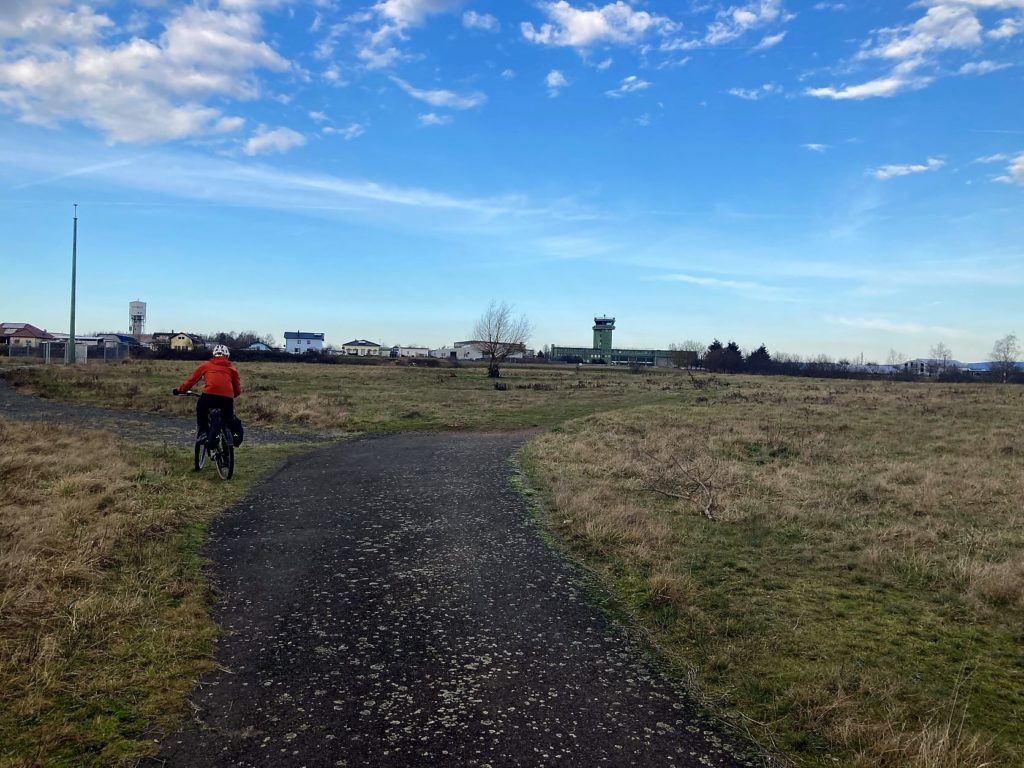 History of the Flight Line

The grass airfield was originally built in 1919 by the French military during their occupation of the area in World War I. It was returned to the German government in 1930, used briefly by the Luftwaffe, and returned to the local farmers in 1940.

In 1951 the paved runway, hangars, and other flight line structures – including those bunkers – were built. Its purpose was both to support NATO forces and to house an American military base; one of the many expansion projects done in response to the Cold War. It was called Sembach Air Base. In 1953 the first American planes arrived, and it was occupied by US Air Force until 1995.

This old airfield is what we are visiting on our bike ride. But, we are still a distant four miles away from being able to grab a coffee at the Exchange on Sembach. Why the distance? 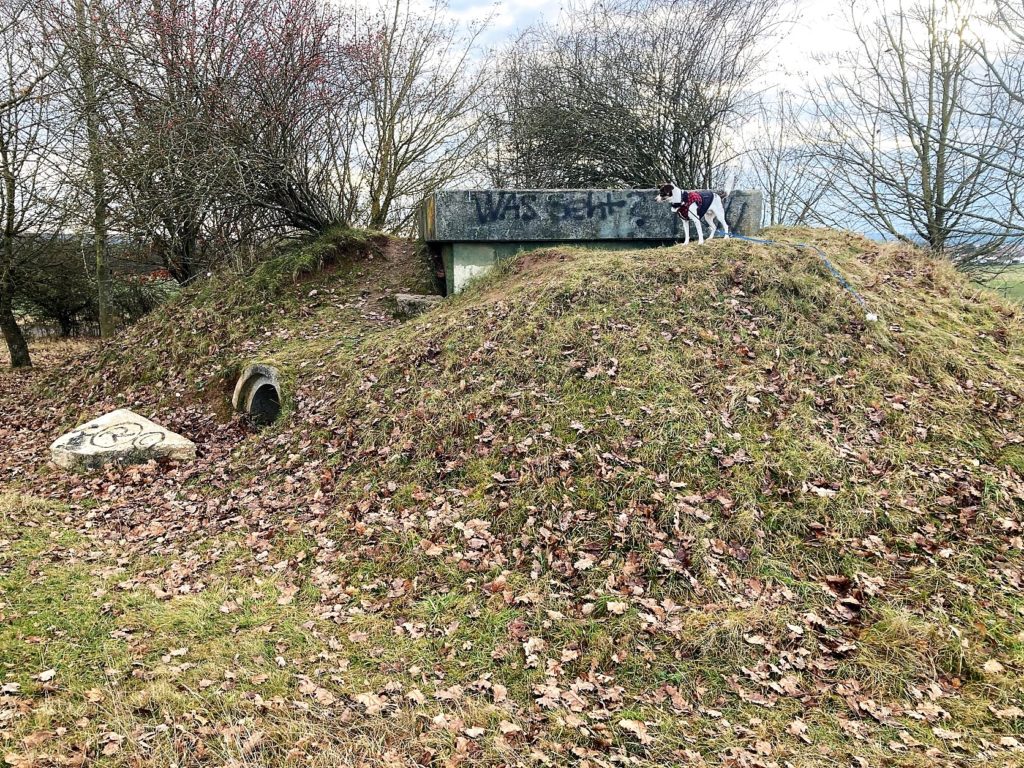 Why is Sembach now in a different place?

The current Army installation called Sembach Kaserne sits north of the original airfield and is separated from the nearest of the old flight line buildings by a little over a half of a mile of farm fields. The reason for the distance lies in those fields.

The tiny town of Sembach sits adjacent to the old flight line portion of the airbase. In the 1950s, while surveying to build the rest of the base, the local farmers and citizens protested the loss of more of their farmland. They even blocked the surveying crew’s entrance to the fields.

In response, an agreement was made to place the rest of the base on its current hilltop location; an area the farmers avoided because of its poor sandy soil. So, for a long while, Sembach Air Base had two distinct parts – the flight line area, and the central base up on the hill.

This separate installation of barracks, offices, and services was retained by the US military and called Sembach Annex when the airfield area was returned to the Germans in 1995. It was transferred from the Air Force to the Army in 2010 and renamed Sembach Kaserne. 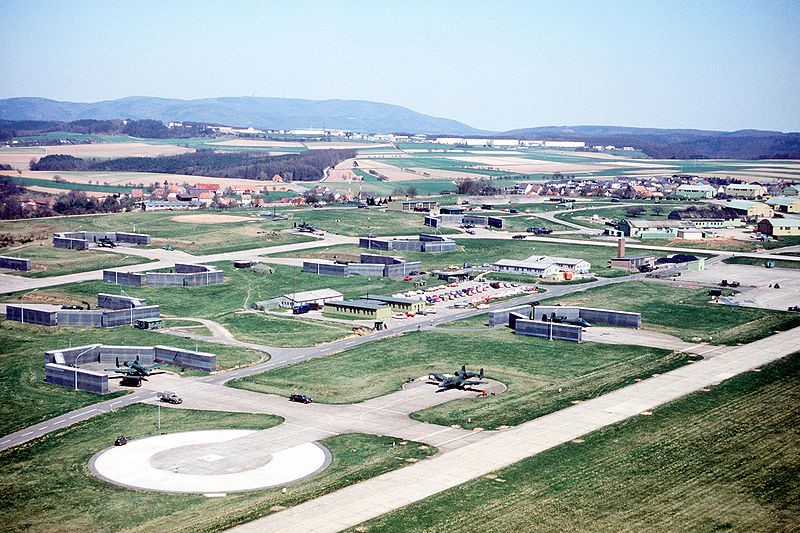 You can still see the remnants of the airfield, the tower, the bunkers, fences, and some paving along the multi-use trail north of Mehlingen. Also along the trail is a fascinating Celtic stone circle, from a much more distant time.

To get there, you can walk or bike along the paved trails through the fields beside the sports complex in Mehlingen; this is where the freibad, or swimming pool, is. This is also a good place to park a car. Follow Hauptsrasse westward from the sports complex to the primary trail entrance; it is just before the junction with Kaiserstrasse (L401). 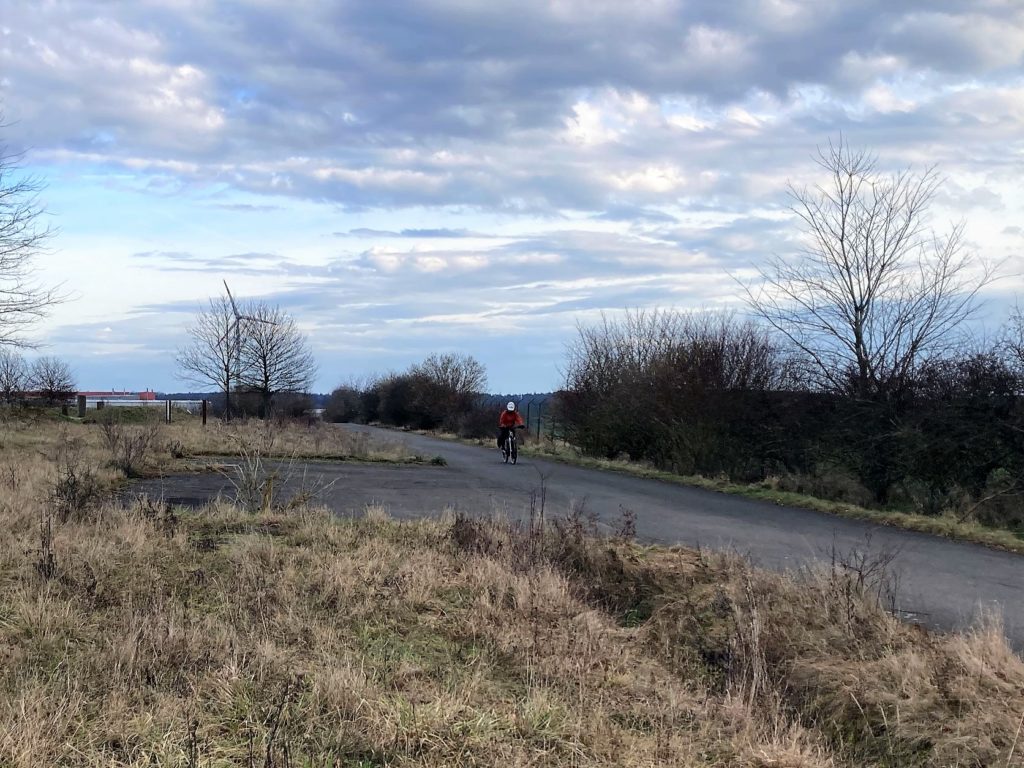 A Detailed History of Sembach