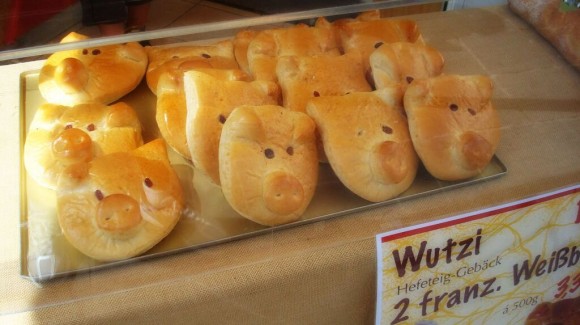 One of my favorite things about growing up in Georgia was always the fall festivals. These were Pumpkin Festivals, Apple Festivals, Gold Rush Festivals, and so on. The crisp fall wind in the air, the smell of barbecue, candied apples, funnel cakes…you get the picture. Here in Germany it is different in so many ways, yet still feels like “home”. As school starts back, the festivals pick back up in full force. Recently was the Pig Festival in Wittlich.

The Town of Wittlich 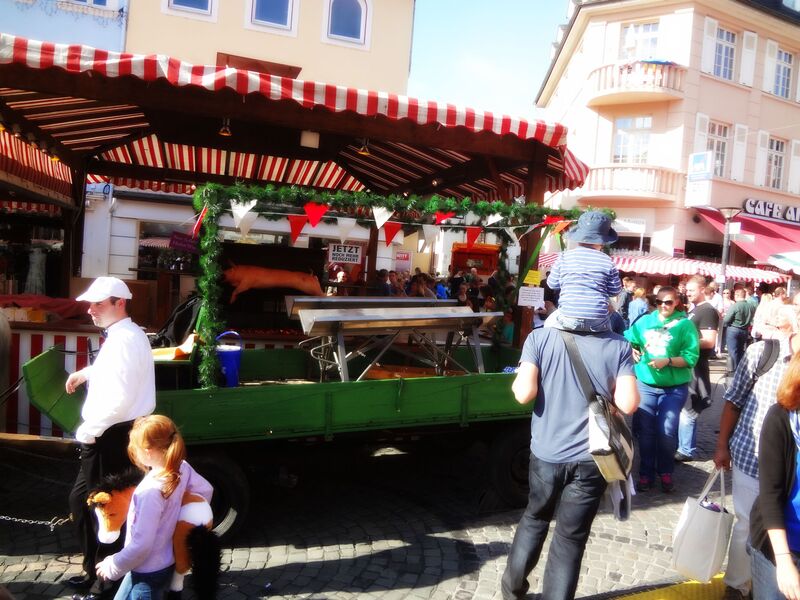 © Cheryl Koller
Each year in August, the town of Wittlich celebrates their annual Pig Fest known as Saubrennerkirmes. As festivals always do, this one has a beginning story. Wittlich (pronounced Vittlich in German) is a small city near Bitburg and Spangdahlem, just north of Trier and about an hour and a half from Ramstein. Pig Fest is one of the largest street festivals in Rhineland-Palatinate. As the name implies, the festival is celebrated with the roasting of more than 100 pigs on spits over a 4-day period.

As the Story Goes 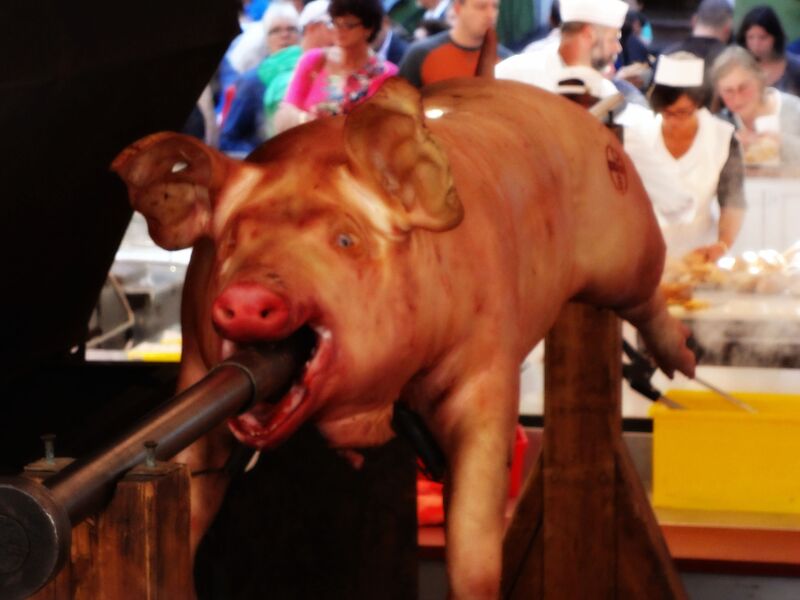 
Booking.com
The story behind the Pig Fest or as legend has it, during ancient times the city was threatened by a horde of Huns. They felt secure behind their Roman walls; however, the night prior to the Huns arriving, the evening guard charged with locking the gate could not find the peg to secure the door. So a soldier placed a turnip in its place. (There seems to be some dispute as to whether it was a turnip or carrot but the official city statement does say turnip.) Well, during the night a pig came along and ate the turnip leaving the gate unlocked and allowing the Huns to enter and sack the city. Once the Huns left, the people of Wittlich slaughtered all of the pigs as punishment. Today the city cooks up over a 100 large pigs for the annual Pig Festival. 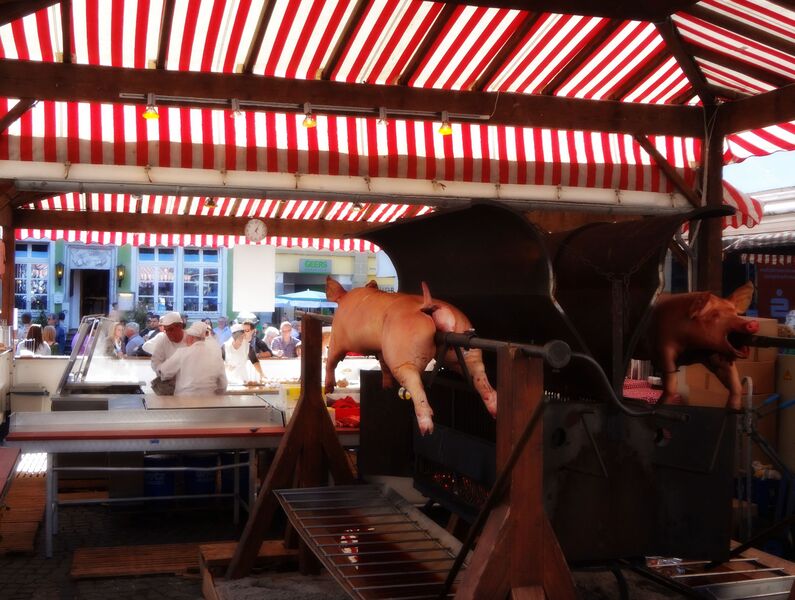 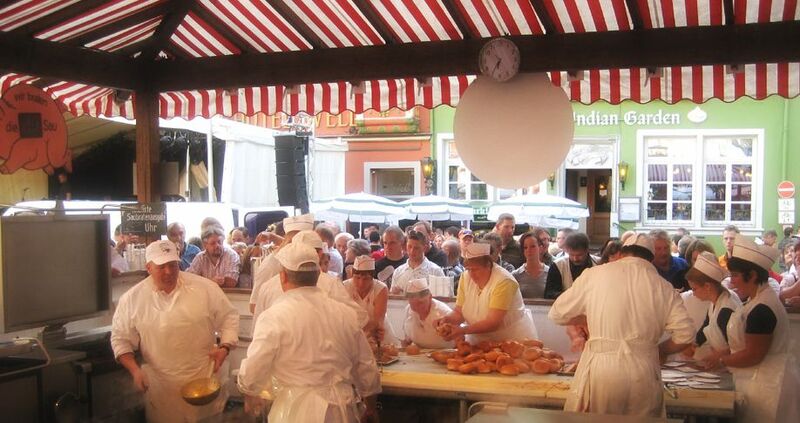 Wittlich is in the Mosel region of Germany, so there are plenty of excellent white German wines to sample. And, as mentioned, not far away is Bitburg, home of the Bitburger brewery. So pork of all sorts, wine, and beer were the “faire” of the day. 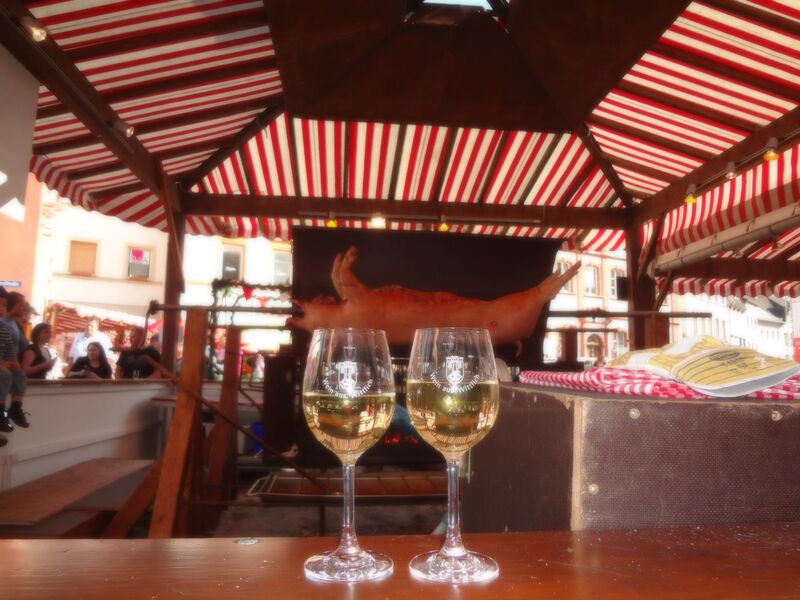 Germans like their parades and Wittlich, of course, had a pig parade. We do not know if that’s what they call it but that seems appropriate. 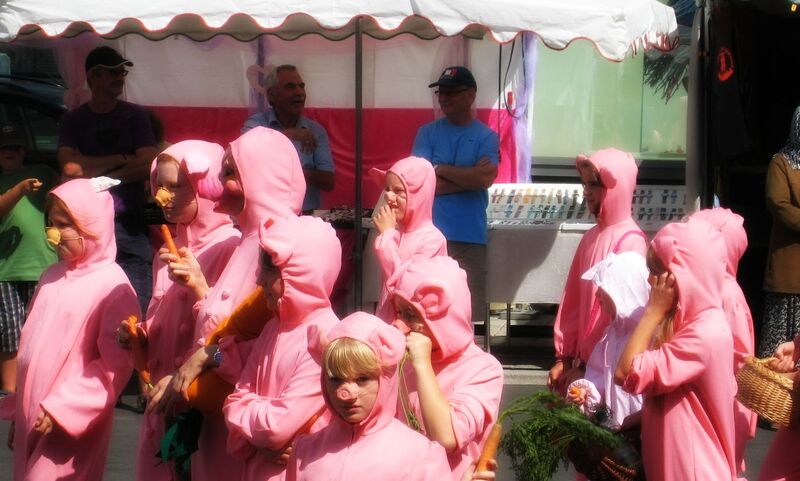 © Cheryl Koller
We spent most of the afternoon and well into the night sampling wine, eating pork and listening to local bands. 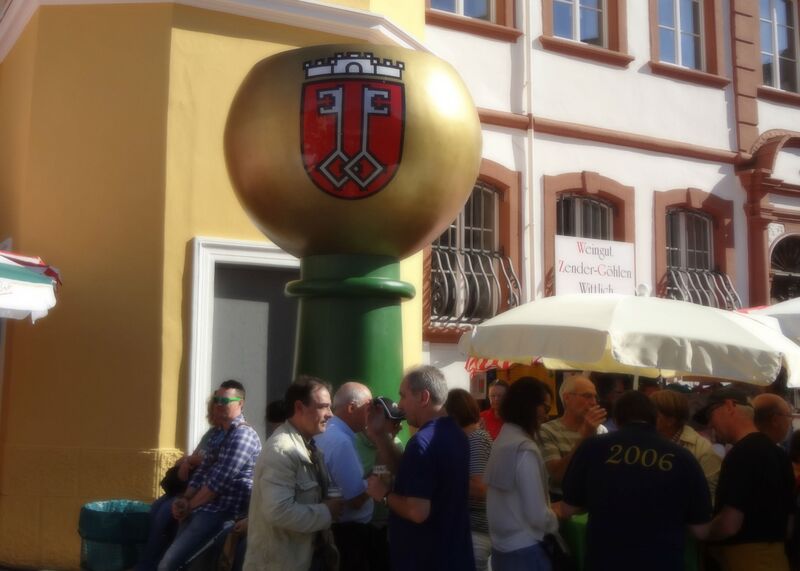 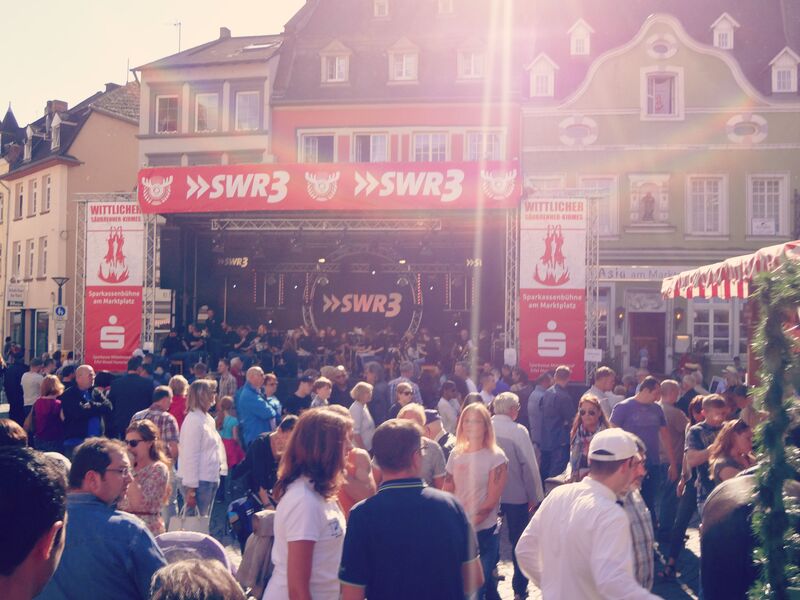 As with many of the festivals, the Pig Fest also had a “carnival” type atmosphere in close proximity. There were rides and activities for all ages. 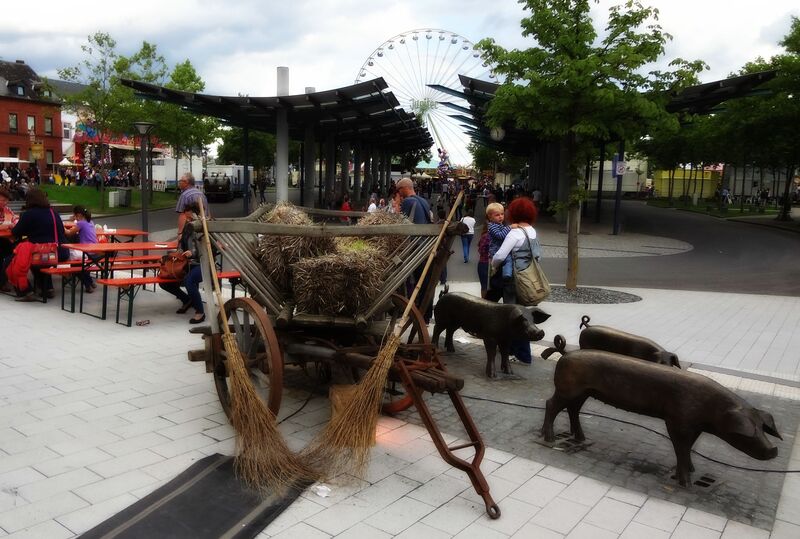