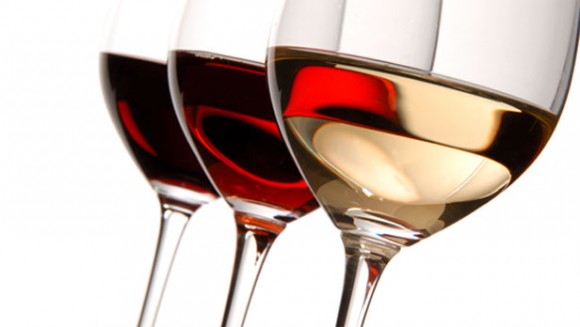 The wine season is officially upon us. As spring rises over the hills and the clouds of winter finally break, the Germans set about quickly and passionately, making amends for all the wine-less months through which they have just suffered, and they do so in a truly German manner. They take to the streets, block off the roads, and begin drinking wine out of 16-ounce glasses.

The Almond Bloom Festival is the first wine festival of the year and celebrated all throughout the Palatinate-Rhineland region of western Germany, an area renowned for its vast expanses of vineyards from March 18-20 but a large number of events take place all over the area over four weekends during the early months of March and April, which you can find at www.mandelbluete-pfalz.de The dates change every year, because they are chosen to coordinate with the estimated annual blooming of the ubiquitous almond trees.
For the inhabitants of the Palatinate area, the Almond Bloom Festival marks the beginning of spring. And it is not hard to imagine why. Once the almond trees begin to bloom, the landscape of the oldest and most famous of German wine roads, the Deutsche Weinstraße, undergoes a startling change. 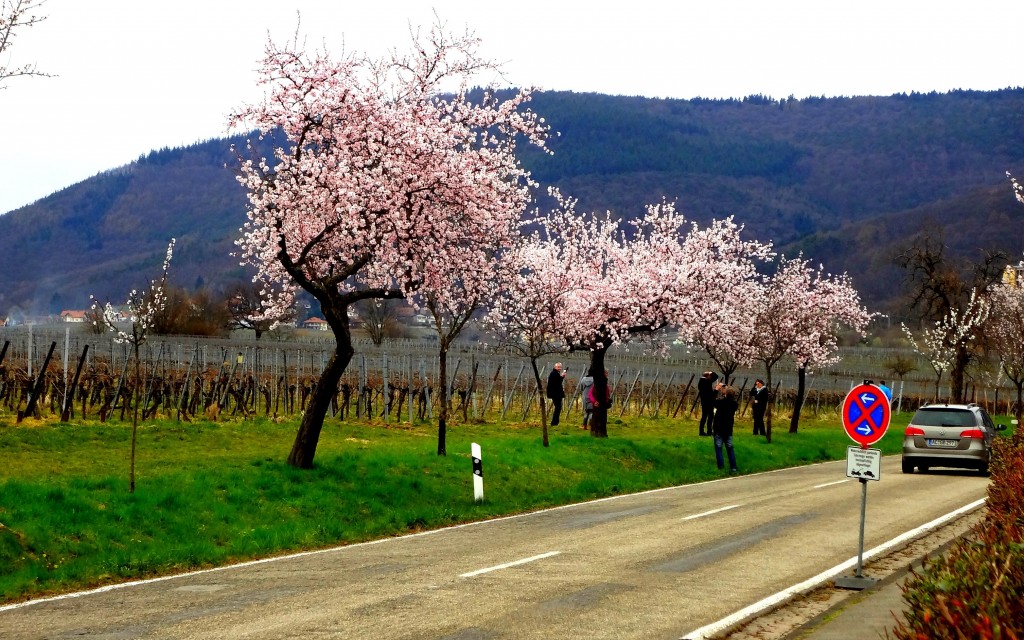 There will come a point, if you are traveling along the famed wine road, at which you will find yourself standing in the middle of some immense vineyard, gazing out onto the flurry of white and pink budding flowers, politely exploding forth from the branches of the trees like some sort of tranquil, lazy firework display, and the rustic villages and lush, green hills will suddenly adopt a sort of storybook dimension that is only mildly related to all the wine you have drank. It is a beautiful announcement that spring has arrived, and if you happen to be looking at that riveting vista beneath the soft hues of a fading evening sun, you get the feeling that you could be looking at the world from inside your child’s Easter basket. And, depending on how many 16-ounce glasses of wine you have had, you may very well be.

The Deutsche Weinstraße runs through the heart of the Palatinate-Rhineland region and is the oldest of Germany’s wine routes. Many consider it to be the only “real” wine route. The name itself leaves little room for competition. Every March and April, tourists come from all over the world to walk, bike or go horseback riding along the 100 kilometer trail. The Weinstraße begins in Schweigen-Rechtenbach on the French border, at the great Wine Gate. It then winds its way through the Palatine forests and the town of Bad Bergzabern, continuing west through Dernbach before heading northward along the base of the Haardt Mountains, passing through St. Martin, Neustadt, Bad Dürkheim, and ending at Bockenheim an der Weinstraße.

All the wine-growing communities along the route, large and small, participate in the four-weekend Almond Bloom Festival, proudly setting up tents and selling their rieslings and rosés and boasting their superiority to the neighboring villages’ wines. They are all particularly proud of their rieslings yet win competitions all over the world for everything from their St. Laurent to their cabernet. And of course, it would not be a true German festival without the smell of roasted meat and baked goods, made with fresh almonds, lining the sidewalks.

Though all the villages along the Weinstraße participate in the Almond Bloom Festival, it is Gimmeldinger, in the city of Neustadt an der Weinstraße, for which the celebration is named. If one’s desire is to only attend a festival and not traverse the trail, then the town of Gimmeldinger is the perfect destination. (March 18-20.) Neustadt and other, larger towns along the route such as Bad Dürkheim and Bad Bergzabern can be accessed by train from the Kaiserslautern Hauptbahnhof, but some of the smaller towns such as Deidesheim are only serviced by bus. Do not be discouraged from making the journey, though, for the destination is well worth the extra effort. The smaller, more rural communities offer a quaint, unmolested charm that simply cannot be found anywhere else.

For information about this and other wine festivals in the area, visit our Event Calendar.