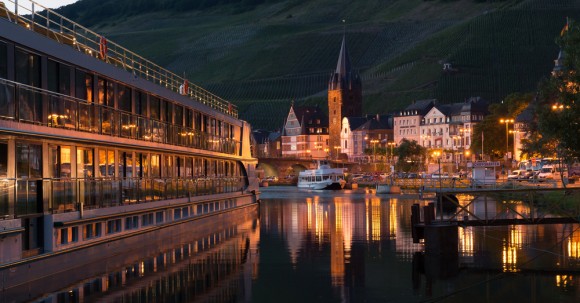 Bernkastel-Kues – Not Just for Wine-Lovers

No matter if you are planning to stay one day or several days, Bernkastel-Kues along the Moselle River has a lot to offer with its nostalgic and romantic old town, colorful history and cultural, street festivals, savory wines, and a whole lot more.

Bernkastel-Kues, in the Rhineland-Palatinate region of Germany, is actually two towns in one that is split in two by the Moselle River. Even though the towns merged in 1905, Bernkastel is on the right bank and Kues on the left. Archaeological evidence shows the area where Bernkastel-Kues is located was actually inhabited at least 5,000 years ago. The picturesque buildings in the old parts of Bernkastel-Kues can certainly attest to their medieval origins.

What to See in Bernkastel-Kues 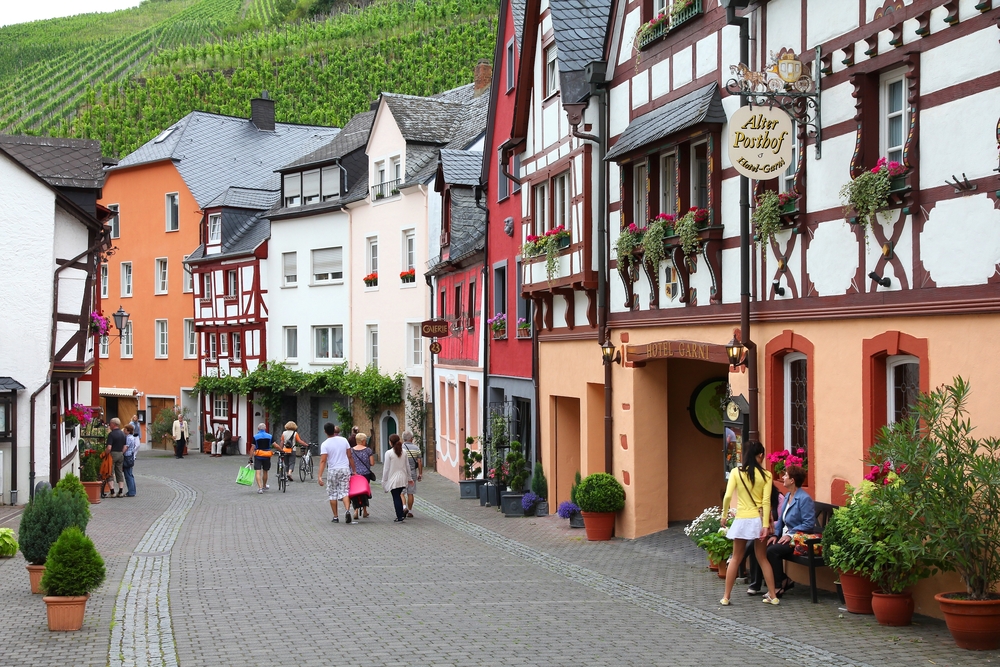 The multimedia Moselle Wine Museum in Kues is where you can gain a much better understanding of the region’s wine-making traditions and its importance to the people of the past and present. What better to do after visiting the museum than to put your new knowledge to the test by going to a wine-sampling session? You can do this at the Vinotheque (wine library), which has more than 150 wines to sample. The museum is open daily between 10 a.m. – 6 p.m from April 16 to October 31. Guided tours and wine sampling sessions require advanced bookings.

Kues is the birthplace of Nicholas de Cusa (Nikolaus Cryfftz or Krebs), who is regarded as one of the leading German humanists of the 15th century. Visitors can still see his birthplace, which is located on the bank of the Moselle River.

In Kues, apart from de Cusa’s birthplace, there is also St Nicholas’ Hospital. The hospital was founded by Nicholas de Cusa for the poor and could house 33 men. Today the building is now dedicated to the care of both elderly men and women. In addition, the hospital contains a world-renowned collection of ancient books that can be seen during a guided tour from April to October.

On the opposite bank of the Moselle you can wander around Bernkastel (translating to ‘Bear Castle) and soak in the medieval atmosphere of the town. If you want to know more of the town’s history, then visit the Graacher Tor (Graach Gate) which was first built in 1300. The gate’s museum displays a range of historic and cultural exhibits including old illustrations, maps, flags, coats of arms, seal, wood carvings and so much more. 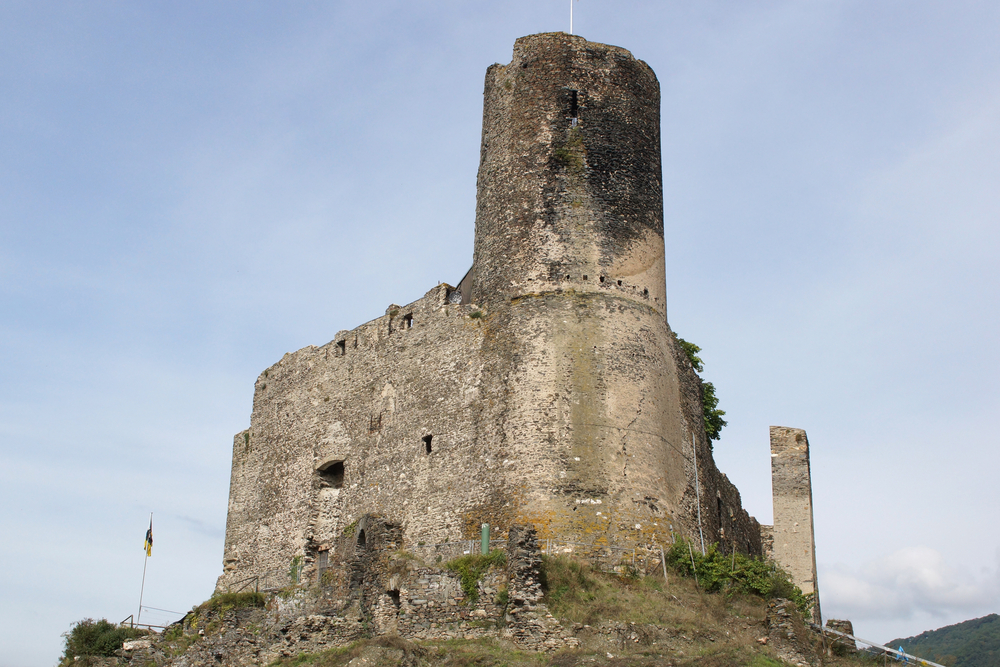 Above Bernkastel are the ruins of the 13th century Landshut Castle. The castle that was largely destroyed by a fire in 1692, offers spectacular views of Bernkastel and the valley. Visitors can ascend to the top by taking the Burg Landshut-Express during April to October and by hiking the other months.

The medieval market square of Bernkastel is a vibrant hub with many half-timbered houses and a 15th century Renaissance Rathaus (town hall). Other historic landmarks of the square include the St Michael’s Fountain (built in 1606) and Spitzhäuschen or “the Pointed House” (built in 1416). The Pointed House gets its name from the fact that the ground floor is narrower than the upper floors, which gives it a rather pointy appearance. 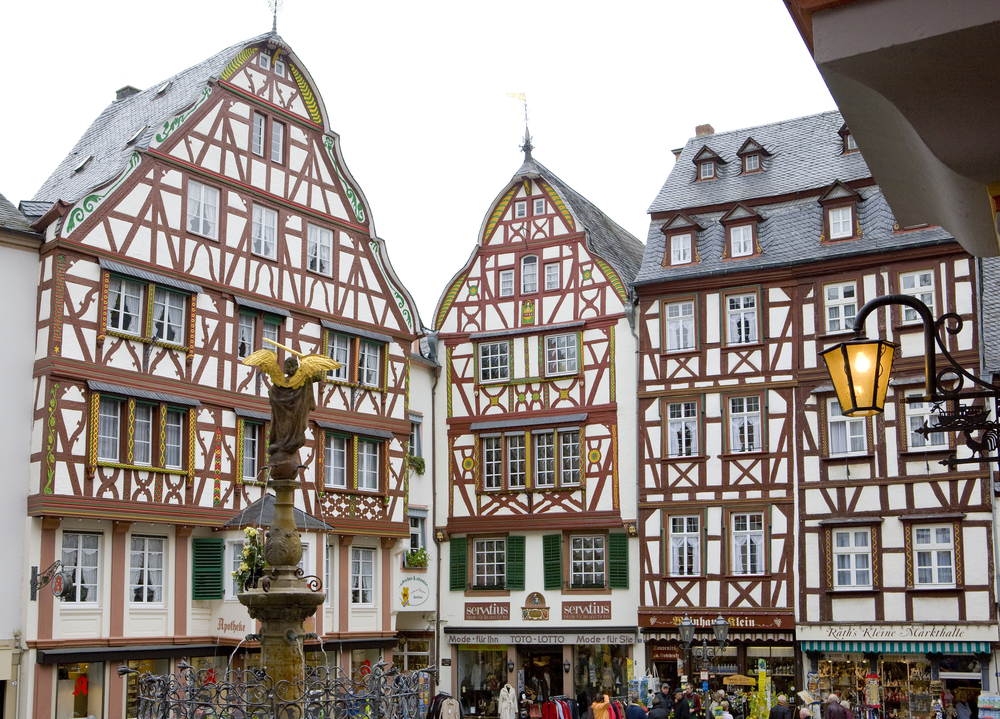 The Annual Wine Festival of the Middle Moselle is held on the first weekend of September with the crowning of the Wine Queen (the Mosella) taking place on the Friday. On the Saturday there is a spectacular fireworks display followed the next day by a parade of the viticulturists. Throughout the festival there are different musical events at various venues throughout the town.

The Summer Medieval Event is held over a weekend in summer. The Kues side of the riverbank transform into a mediaeval fair, complete with jousting knights, archery contests and axe-throwing and more. At the market you can buy souvenirs with a medieval flavor ranging from attire, leather goods, swords and more.

The Traditional Christmas Market (held during Advent) offers an incredible experience with over 40 Christmas stalls, a Moselle-style nativity scene, a musical clock and a nutcracker castle. Children can enter their festive wishes in a “wish book” and enjoy a ride on the Christmas merry-go-round, while adults have the chance to try several varieties of Glühwein (mulled wine) and liqueurs. The “Torch Swim” (Fackelschwimmen) is worth witnessing at least once. This event is in which members of the local diving club jump into the Moselle River while carrying torches to light the way for St Nicholas on his boat. Additionally on the riverbank, the ‘saint’ gives presents to children.

While there are many great restaurants in the area, we highlight two of them. First there is the Leckerbissen Restaurant at Graacher Tor. The menu is bursting with seasonal treats, while the staff members are friendly and often times can speak English.

Another excellent eatery is the Restaurant anno 1640 located at Kallenfelsstraβe 27. It offers some interesting meals that are cooked to perfection. Though Restaurant Anno is not a traditional German restaurant, it does offer a very pleasant change.