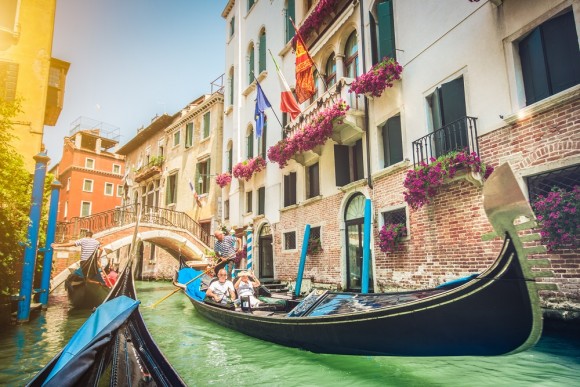 Unmasking the Festival City of Venice

Standing at an elevation of 3 feet is Venice, an Italian city in the Veneto region of Venice province of Italy. Venice is made up of about 117 small islands linked through bridges and canals’ separated. The city got its name from the ancient people known as the Veneti, who lived in the area by tenth century BC and was the Republic of Venice capital. The city has also earned a lot of titles such as the City of Canals, Floating City, City of Masts, City of Water, City of Bridges and the Queen of the Adriatic. It has also been described as the most beautiful man-made city.

During the Renaissance and the Middle Ages, Venice Republic was a very significant maritime power and the staging region for the Battle of Lepanto and the Crusades. Venice was also very significant in the area of commerce where trading in spices, grain, art and silk was done a lot between the 13th-17th centuries. As a result, Venice has always been a very wealthy city in virtually its entire history. The city is the place where Antonio Vivaldi was born and its significance in operatic and symphonic music is unequalled.

Venice went through the hands of Napoleon Bonaparteafter the Republic had lost its independence before it was made an Austrian territory after the signing of Treaty of Campo Formio by 1797 by Napoleon. Venice did not see a lot of action in the Second World War but the New Zealand troops entered the city on April 29, 1945 relieving the mainland and the city from partisan hands controlling it.

Numerous films have chosen to shoot in Venice, including appearing in poems and novels. It is the setting of Othello and Merchant of Venice by Shakespeare, History of My life by Casanova, Cry to Heaven by Anne Rice, Candide by Voltaire and Volpone by Ben Johnson. The 1912’s Death in Venice Novella by Thomas Mann became the foundation of the film Death in Venice by Visconti and a cocktail and opera by the same name. James Bond films have also been shot in Venice, such as Sean Connery as Bond in From Russia with Love, Daniel Craig as Bond in Casino Royale and Moonraker where 007 was played by Roger Moore. Daniel Casanova by Fellini is another film shot in Venice, Indiana Jones and the Last Crusade, Talented Mr. Ripley, Lara Croft: Tomb Raider, the Wings of a Dove and many others. Like a Virgin by Madonna is one of the many music videos shot in Venice.

The Arts and Design 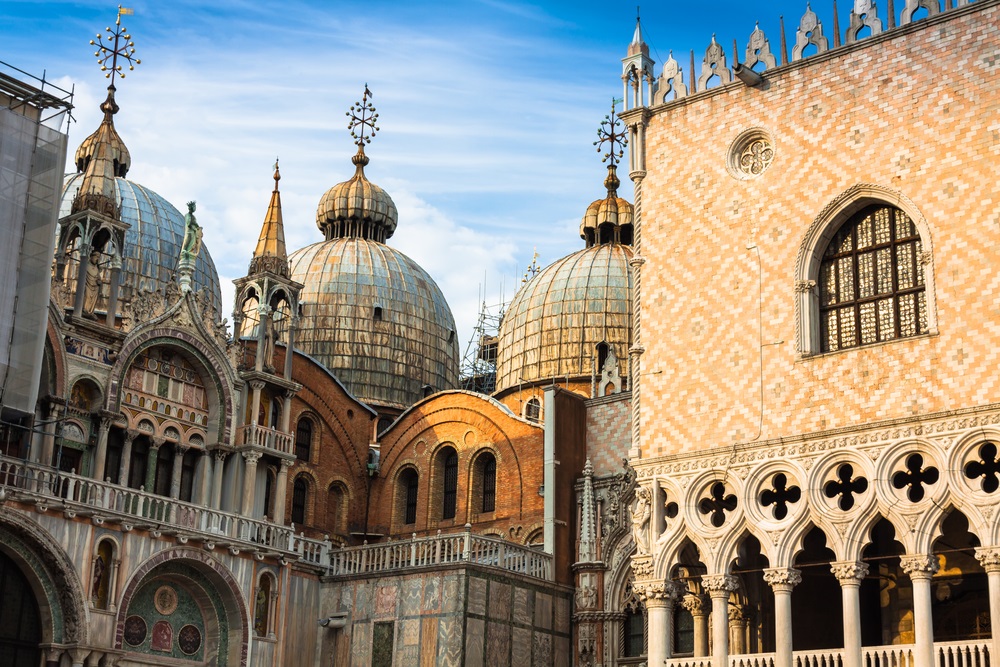 Booking.com
Venice is the home of diverse and rich architectural styles such as the Gothic style or Venetian Gothic that describes Venetian building style blending Byzantine, Ottoman and Gothic styles as can be seen in Ca’ d’Oro and Doge’s Palace within the city. Baroque style buildings can also be seen in the city, such as the Ca’ Rezzonico and Ca’ Pesaro.

Art has always been at the heart of Venice with the Baroque, Renaissance and the Middle Ages influencing the Venetian School making Venice one of the Renaissance and Middle Age’s art centers across Europe. This made rich Venetians to be declared patrons of the arts. The Venetian painting was developed by 16th century with Antonello da Messina and Paduan School influences.

If you have had about Venetian glass then you now know where it was made. The city has always been the home of ornate glass work famous for its elaborate and colorful traits since it is skillfully made. 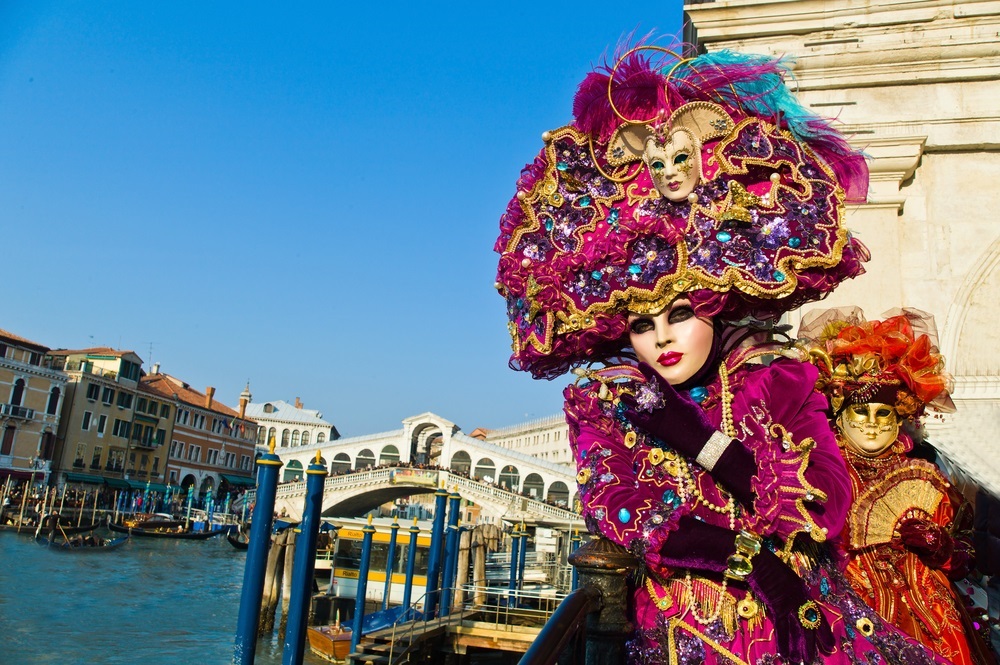 It is hard to think of Venice without thinking about carnivals and festivals. Before Shrove Tuesday and Ash Wednesday is a time to bask in the Carnival of Venice connected to Venetian masks worn at this time. Others include the Festa del Rudentore the Venice Biennale. Perhaps the most famous of all is the Venice Film Festival, the world’s oldest film festival taking place early September or late August on Lido Island. 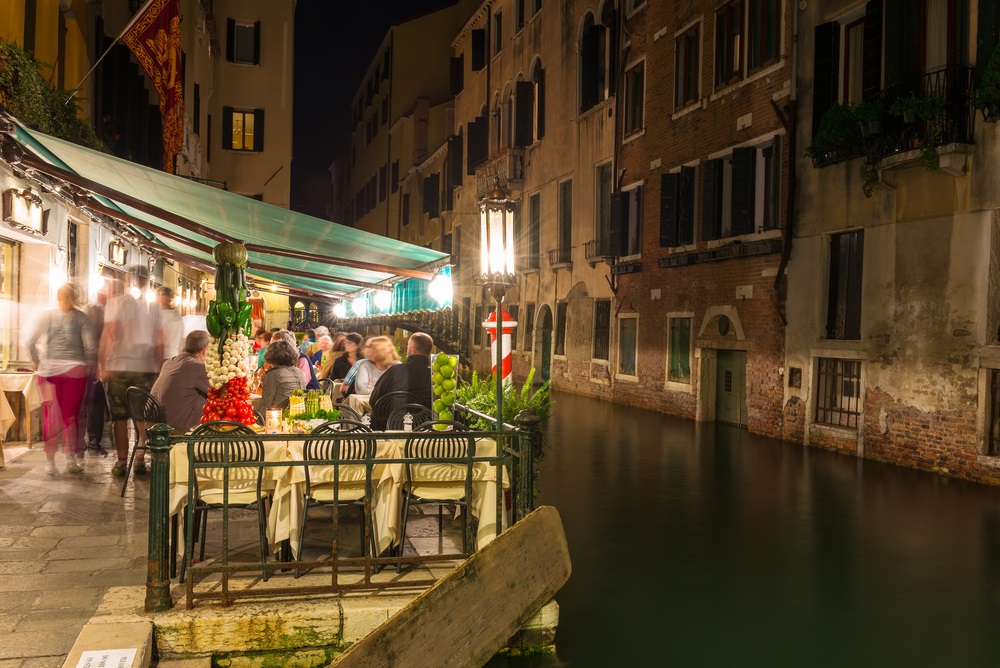 The Venetian cuisine is uniquely seafood-based and also made up of garden products, polenta, rice and game from the mainland. Local gourmet traditions have been influenced by centuries of cultural interactions within the city such as sarde in saor or marinating sardines to keep them palatable for long sea voyages, ham, peas and rice or rise bisi, cuttlefish with risotto, cicchetti, prosecco, appetizers and antipasti, including a wine that’s mildly sweet.

You can arrive in Venice via the Marco Polo International Airport or connect into the city from Milan by train in about two and a half hours or Rome in about three and a half. Click on DB Bahn for train details.