Bats, Ghosts and Baby Gemstones: Fun in the Fischbach Copper Mine

story and photos by Cheryl Koller

Though it’s no longer quite so packed with precious metal, the Copper Mine of Fischbach contains something even better: adventure.

Why Go? Unexpected Fun and Adventure

I can’t even begin to describe how awesome it was to take a day trip to The Copper Mine of Fischbach (or Kupferbergwerk Fischbach, in German). My friends and I had so much fun, which was a bit unexpected. Because, you know, it’s a copper mine. I know I should be more open to these experiences, but I have just never had an interest in copper mines. 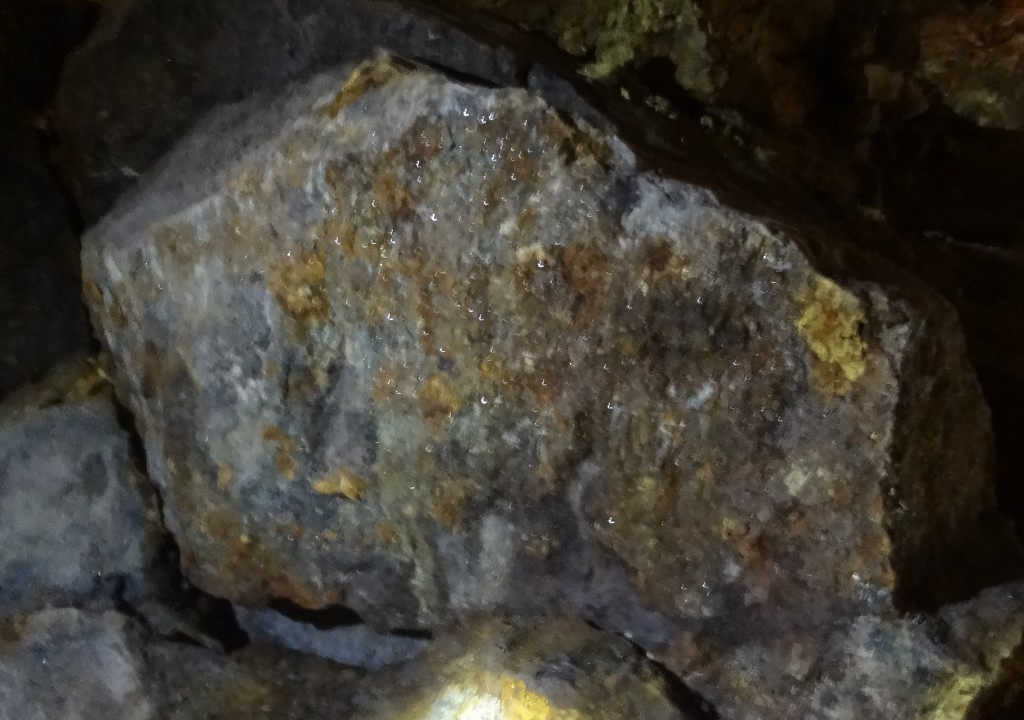 Well, that was until I met Nico, the Manager (Betriebsleiter, in German) of the mines and our wonderfully energetic tour guide who loves to practice speaking English. Nico was so excited to have an American writing about his Copper Mines that he took me and my guests on a very detailed 90-minute tour!

I won’t give you the full list of everything we learned, because I don’t want to spoil the surprises. Let’s just say that you’ll get a colorful education when it comes to the Fischbach copper mines and (at a minimum) the following subjects: 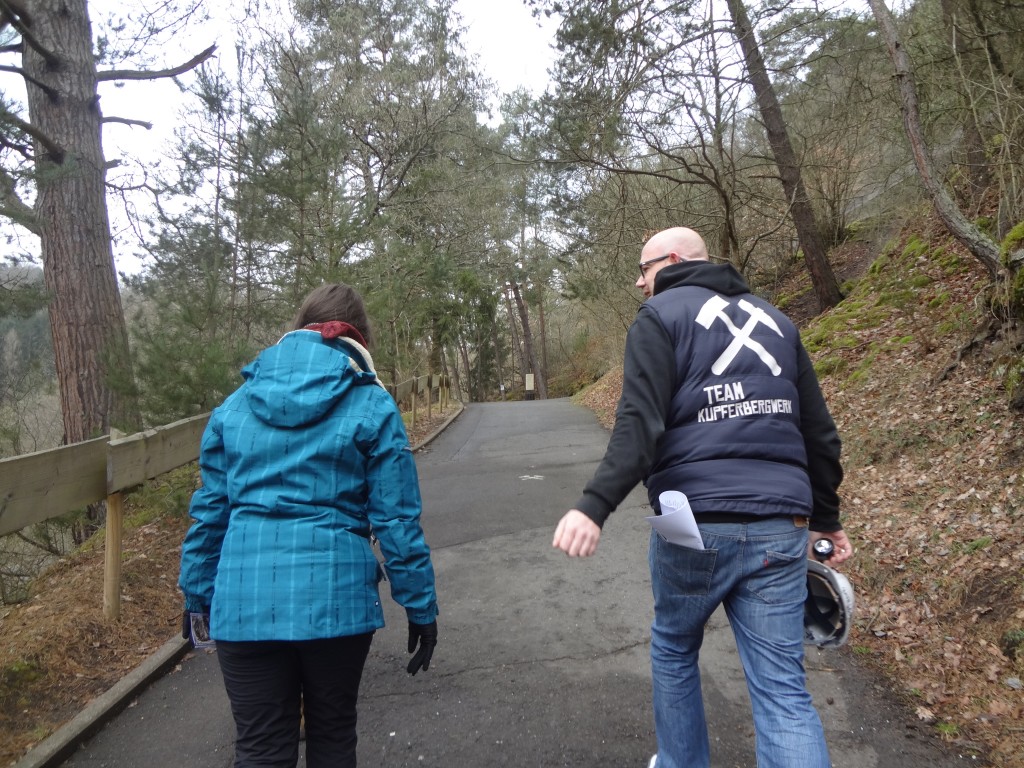 The tour normally takes about one hour. The mine opens in mid-February (daily at 10 a.m.) and shuts down in mid-November. We decided to get there just in time for the first tour. We paid 14 Euros for three adults, but Nico was kind enough to give us a reduced rate. I have no idea why, but we were not going to argue! 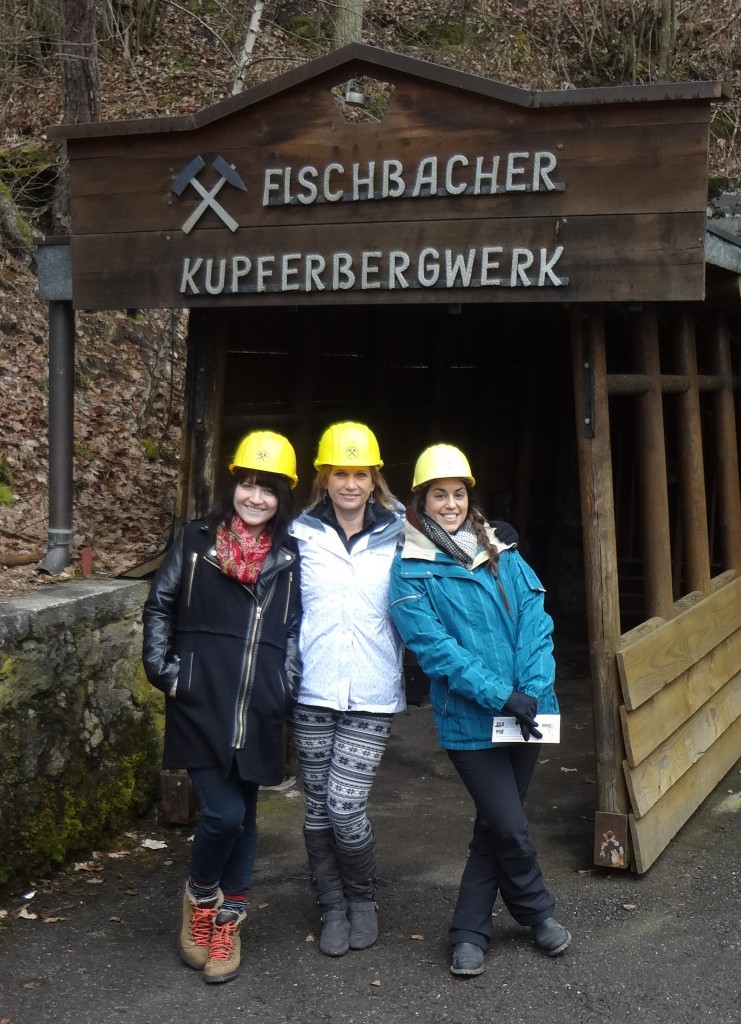 Our tour started with a quick hike of about 400 meters UPHILL. This might be a good time to recommend that you wear comfy walking shoes. I did not. Nevertheless, the walk was easy enough and we arrived at the mine entrance where we were told that we would be required to wear hard hats. Wait, what? Oh, only for safety in case of falling rocks. Nico reassured us that no one has been injured from falling rocks. Cool, let’s go mining! 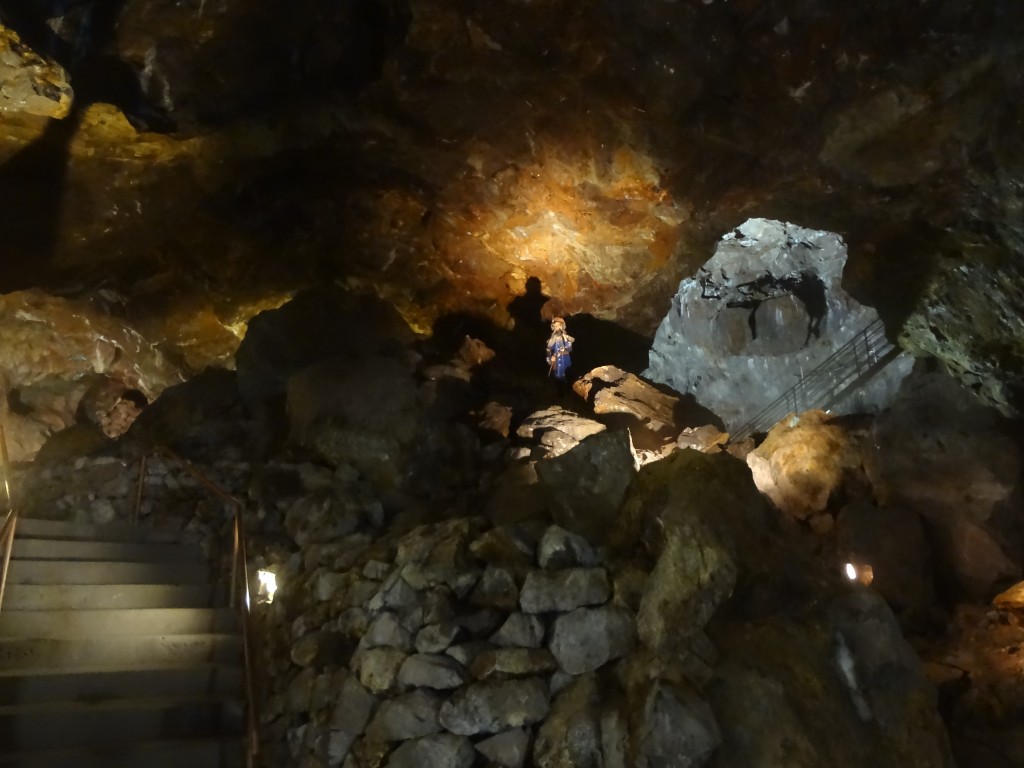 As you can imagine, the mine is damp and cold inside. However, it is very well lit and we did get to see a lot of fun stuff, including things like Malachite and Azurite, which are apparently signs that let miners know that copper ore is below. We even got to see and touch a “baby gemstone” that was being formed. A blue-green color seemed out of place among the plain rocks, but it was breathtakingly beautiful. We were encouraged to touch it – then he told us it would be worth about 15,000 Euros if they mined it. 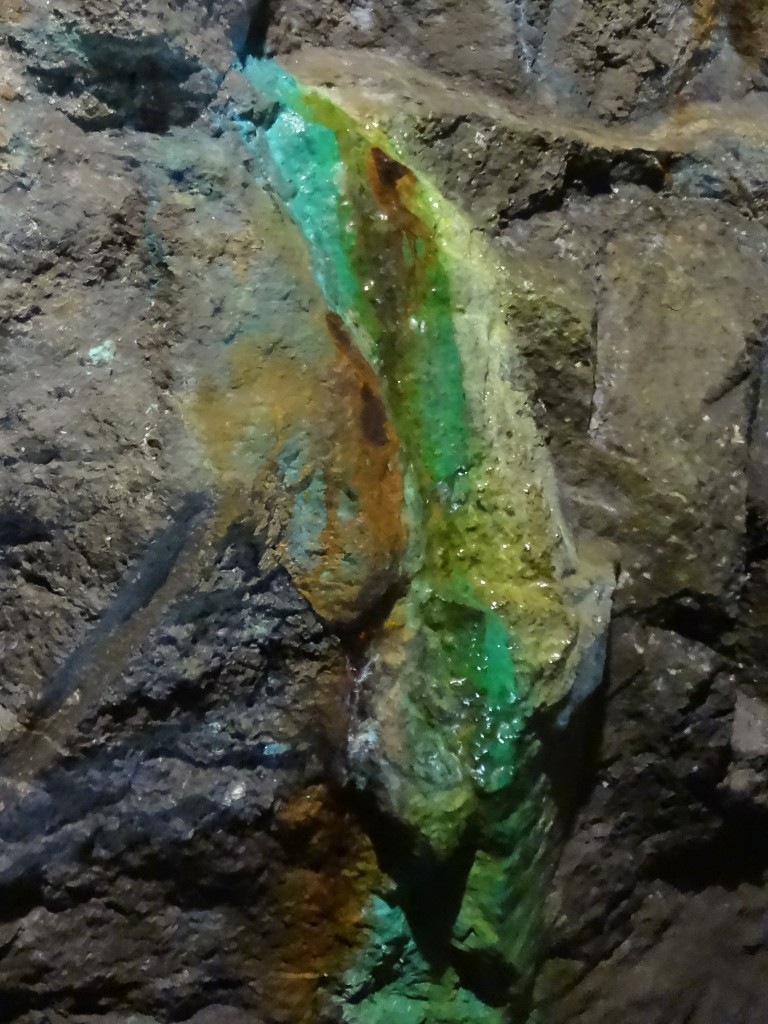 Opportunities abound for further learning during the tour. Check out the Copper Hut, where you can see a a great demonstration of how  potential copper was removed from the mine, crushed, melted and then became actual copper. 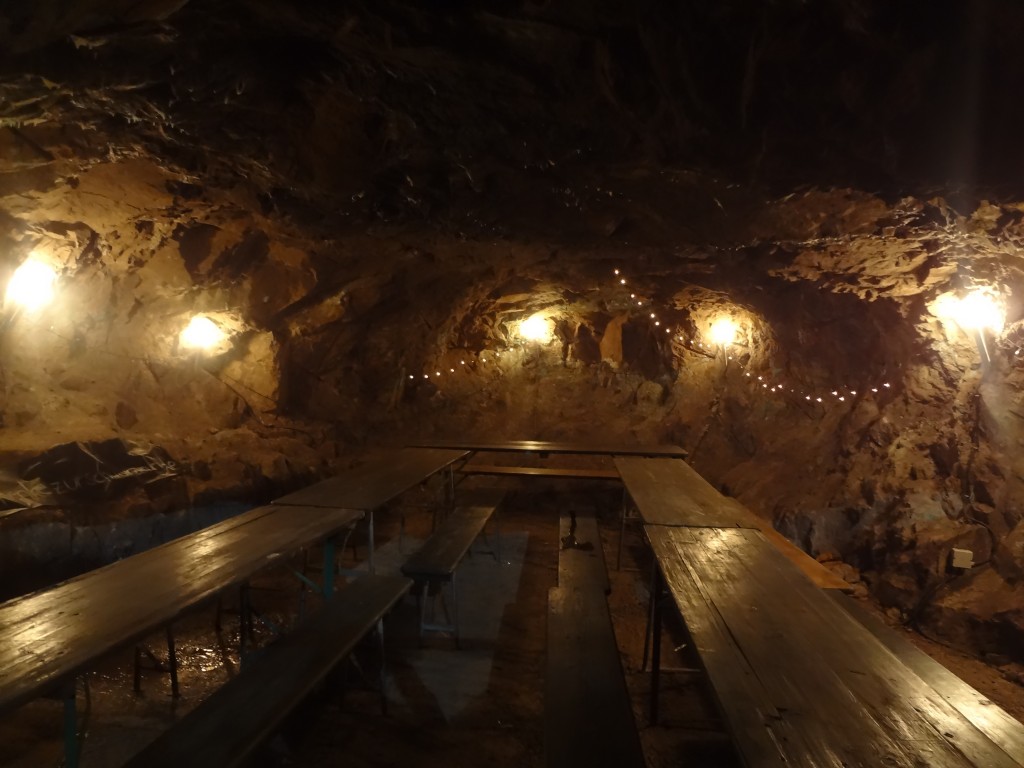 Also, as long as you’re taking a tour later than April 1, your tour can get a bit…batty. That’s when bats wake up and fly out of the mine. Yes, that’s right. BATS! We were allowed to go into this part of the mine for about 10 minutes to see them as they slept. I tried to take pictures, but was too worried that my flash would wake one, which would have made me freak out. Thanks to our intrepid guide Nico, we also got a quick lesson on bats and their hibernation. 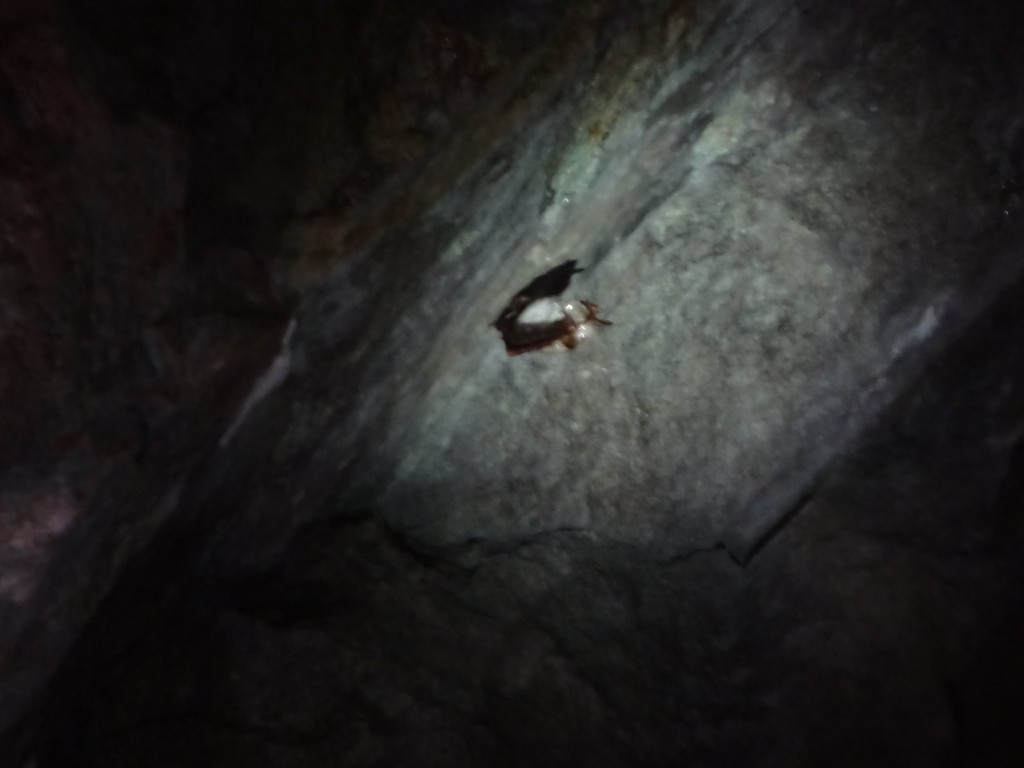 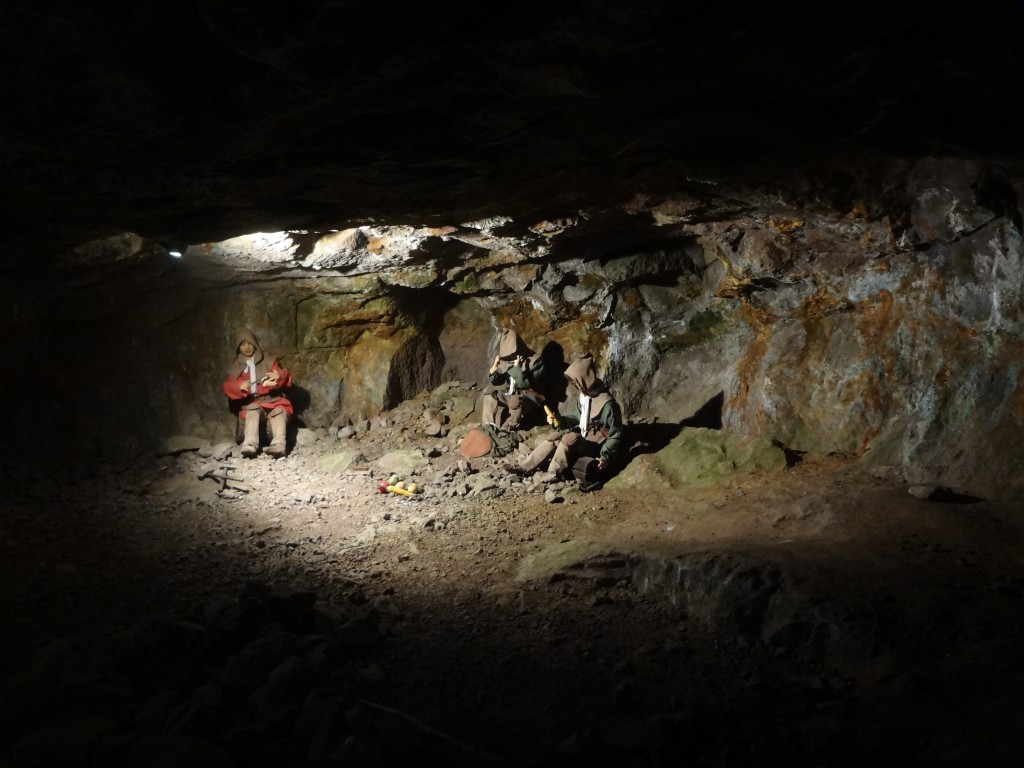 During ordinary times, the mines host a variety of special events for parties of 15 or more, including birthday parties, weddings, catered dinners, wine tastings, etc. Concerts occur here, as well, along with dungeon-themed tours during Halloween and a religious ceremony during the Christmas season.

Fischbach is under one hour northwest of Kaiserslautern, one hour and twenty minutes southwest of Wiesbaden and two hours and forty-five minutes northwest of Stuttgart. Check DB Bahn for train information.

Author’s Profile: Cheryl Koller is a native of Georgia. She is a DOD Spouse, mom of 4 daughters (2 adult, 2 teens), thrill-seeker, avid traveler, and lover of food and wine. She is a self-proclaimed Freedom-Prenuer and a Blogger currently living in Ramstein with her family.