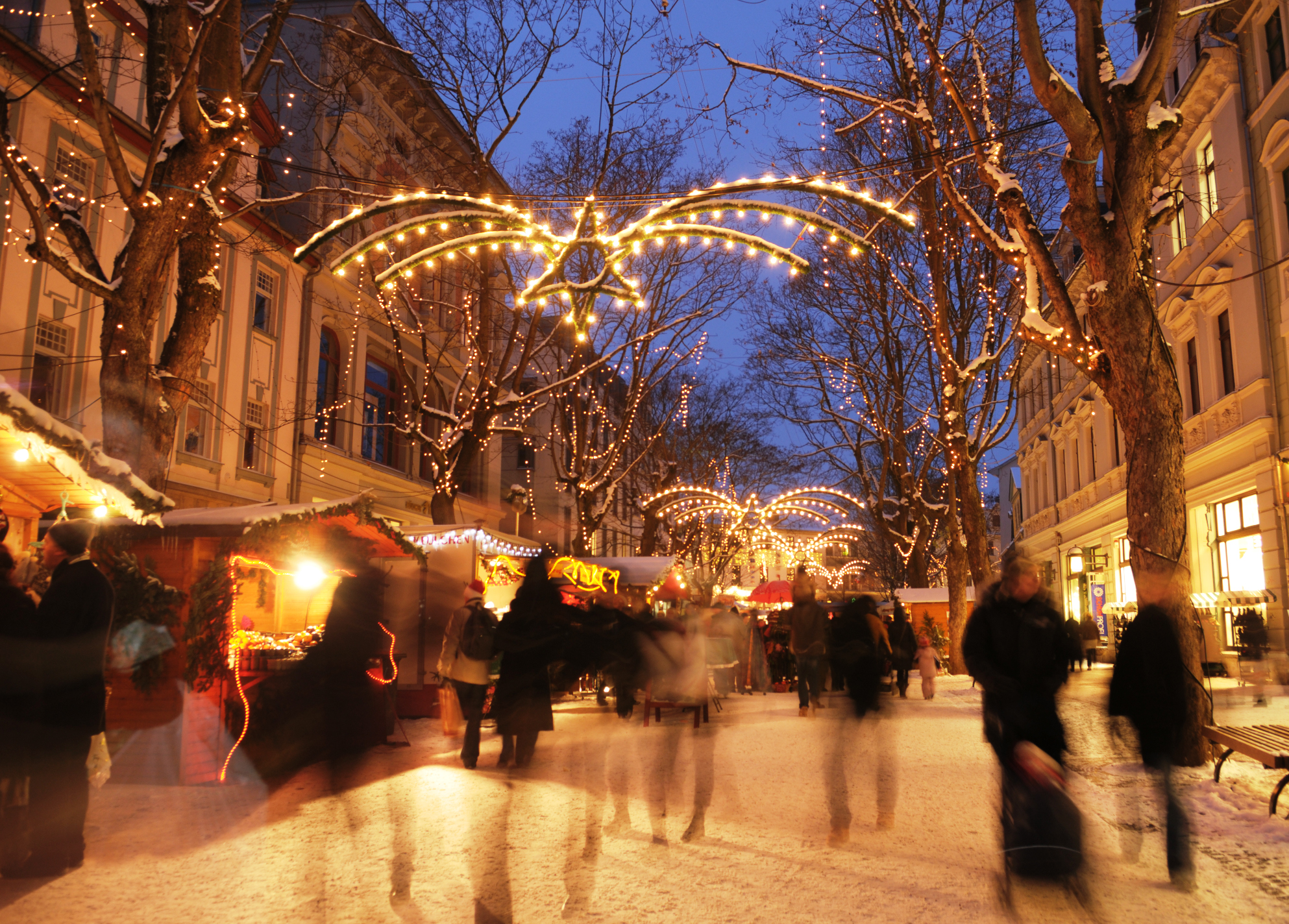 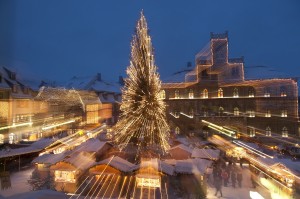 When the town center of Weimar is lit up by fairy lights every evening, the aromas of roasted almonds and fresh Stollen cake waft through the streets, and the strains of carols can be heard, the Christmas Market has clearly opened again!

Apart from lapping up the cosy atmosphere, visitors can look forward to Christmas wares offered for sale by craftsmen and traders. Traditional pyramids and nutcrackers from the Erzgebirge Mountains, glassware from Lauscha, wooden toys from Thuringia: all this and many other surprises are waiting to be discovered.

Weimar may be famous for many things – but hardly anyone knows that the first public Christmas tree was erected in Weimar. Taking pity on the poor children of the town, one night before Christmas in 1815 or 1816, court bookseller Johann Wilhelm Hoffmann put up the first Christmas tree for the public anywhere in Germany outside his shop in Cranach House on the market square. The dream of a Christmas tree for all children had finally come true. To commemorate his gesture, every year the tall fir tree on the market square is erected to the accompaniment of carols performed by local choirs a few days before the Christmas Market opens. 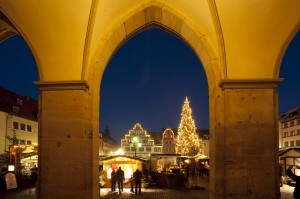 If you find the popular German carol ‘O, du fröhliche’ being sung particularly frequently in Weimar during the Christmas season, there’s a very good reason – for it was written by local social education worker Johannes Daniel Falk and performed in Weimar for the very first time.

The Townhall is turned into a big advent calendar – new window is opened daily by a local a child and Santa Claus. There is also a skating rink on the Platz der Demokratie with music and mulled wine.