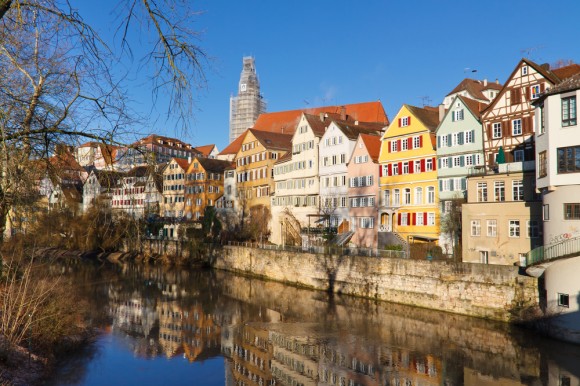 Located between the Neckar River and the forests (the Swabian Jura), just outside of Stuttgart, lies the beautiful university town of Tübingen. The population has over 83,000 residents with a mixture of students (representing a third of the population), researchers and academics, medical specialist and Gorgens (the people whose families have roots to the city from the beginning). 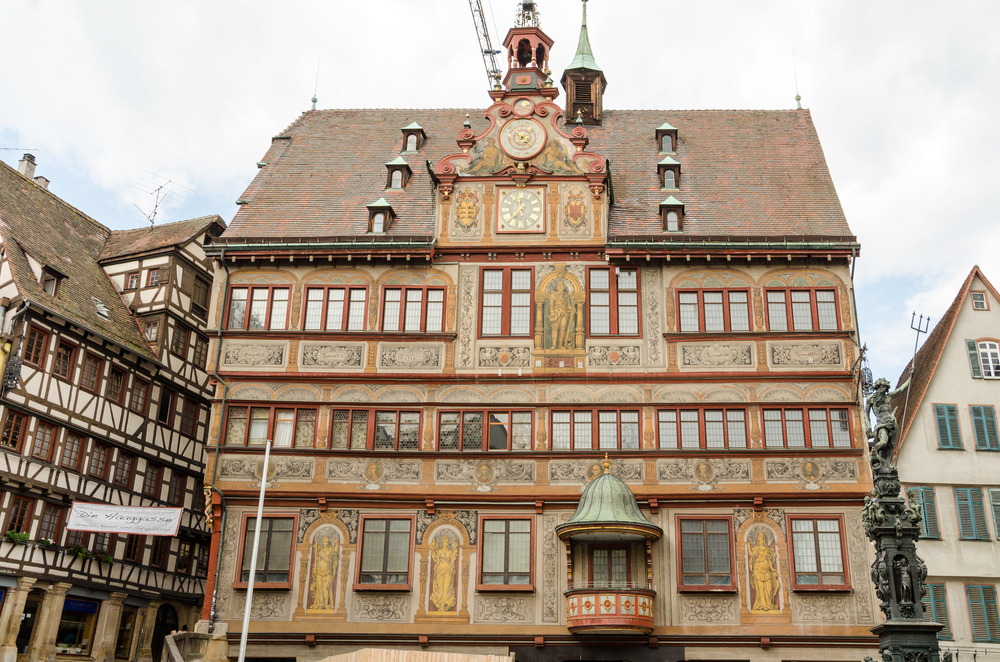 Tübingen dates back to 1078 A.D. and is quite a unique treasure. Attracting thousands upon thousands of tourists to this astounding city is its well-preserved Altstadt. Tübingen’s old town, which lies along the Neckar River, is one of only a few completely intact old towns in Germany. Because of its lack of heavy industry, only one bomb fell during World War II. Therefore, the Altstadt looks very much just as it did back in the 1600s.

In the old town you can visit the castle, Schloß Hohentübingen, which is now part of the University of Tübingen. All cultural science-orientated faculties of the university as well as their instructive collections moved to the castle after many years of renovations. The museum opened to the public in 1997. It exhibits collections dating back to the 18th century including permanent exhibitions such as the collections of pre and early history, classical Archeology, Egyptology, Ancient Orientalism, Numismatics, Ethnology as well as the Replica Collection (replicas of famous Greek and Roman sculptures). Visitors can visit preserved rooms of the 1537 tripartite oriel in the knights’ hall and the 1507 rotunda in the tower. Visitors can see documentation on the history of the castle, city and country as well as coins and medals from its state Baden Württemberg. Additionally, children and teenagers can participate in workshops on the stone ages, hieroglyphs and antique costumes.

One of the best known and most frequently photographed sights is the home of the late 19th century German poet Friedrich Hölderlin. Becoming well known after his death, Hölderlin’s work is considered to be some of the besting writings of the country. The city acquired the house in 1921 and in 1984 renovated the interior of the house to the layout of Hölderlin’s time. The museum houses permanent and temporary exhibitions as well a reference library.  Additionally, the views of the Neckar River are quite spectacular from this 13th century home (museum). 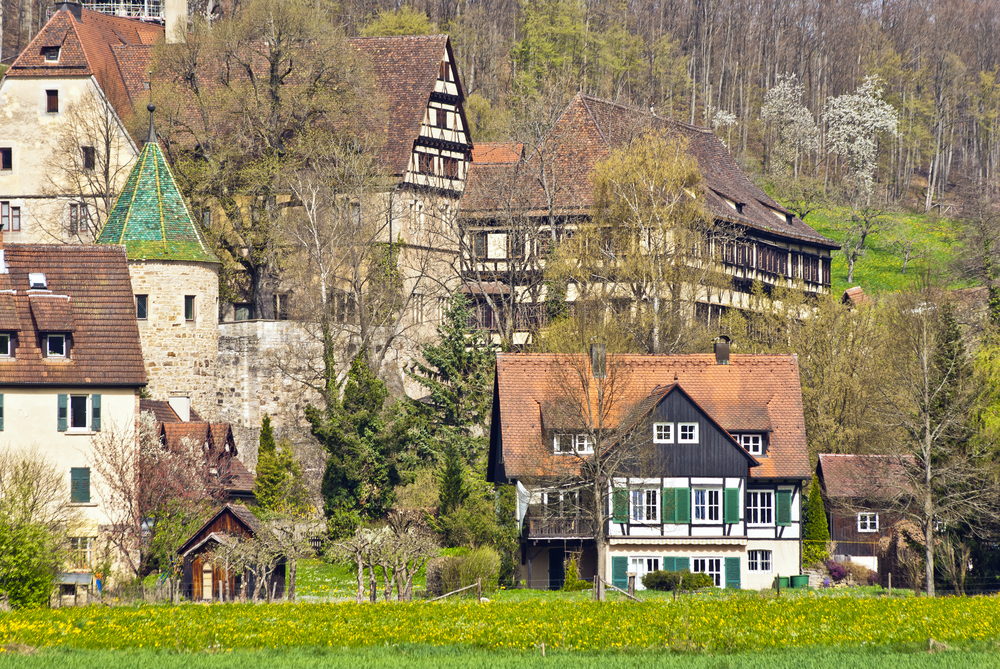 Located in the beautiful landscaped North Tübingen, there you will find the almost perfectly preserved Cistercian Monastery of Bebenhausen and the medieval enclosure. It was founded between 1180 and 1183 by Rudolf, Count Palatine of Tübingen. The abbey was taken over a few years later by Cistercians monks in which it soon developed into one of the wealthiest monasteries in the land. The monastery was disbanded in 1535 and then it later served as a Protestant monastic school. Additionally, the buildings adjacent to the monastery were turned into a hunting palace by the kings of Württemberg in the 19th century. Tours include seeing the rooms of the medieval monastery as well as the hunting castle which is complete with a 1915-1916 castle kitchen.

Get in the holiday festive mood with the medieval backdrop of this picturesque town. The Tübingen Christmas Market will be held in the Altstadt from December 12-14. It will take place Friday and Saturday from 10 a.m. to 9 p.m. and Sunday from 11 a.m. to 7 p.m. Hundreds of decorated stalls offers numerous kinds of Christmas merchandise and gifts. There will be traditional items made of fine quality (not mass-produced) including figurines, marionettes, toys, wood carvings, handmade Christmas bulbs, candles and much more. The Tübingen market also will have unique imaginative creations from “Do-it-Yourself”stalls which offer home-made, -cooked, -knitted, -carved,-painted, -pressed gifts and more. Not only will you enjoy the ambiance with the beautiful scenery, you will also be inticed with the lingering smell of aromas of mulled wine, spices, roasted almonds, baked apples and more.

The weekend before the Christmas Market, chocolate lovers will be able to enjoy one of the world’s most prestigious chocolate festivals from Dec. 2 to 4, 2014. One hundred top international chocolatiers representing Africa, South and North America and Europe will present, sell and compete to achieve the best cocoa-based products.

The city of Tübingen also offers various tours and events in more than 10 languages such as wine tasting; Swäbisch costumes guides; Bretzel (pretzel) classes; eerie or scary city tours; Jewish life in the city; Night at the Botanical Garden of the University; Night at the Museum; Knights, Peasants & Dukes children guides, and more. Well respected cultural events in the city include art exhibitions, festivals, concerts, stage plays as well as readings with poets of international reputation. Weekly and seasonal events are also held regularly in the center of Tubingen including an outdoor theater and Europe’s largest Afro –Brazilian festival. 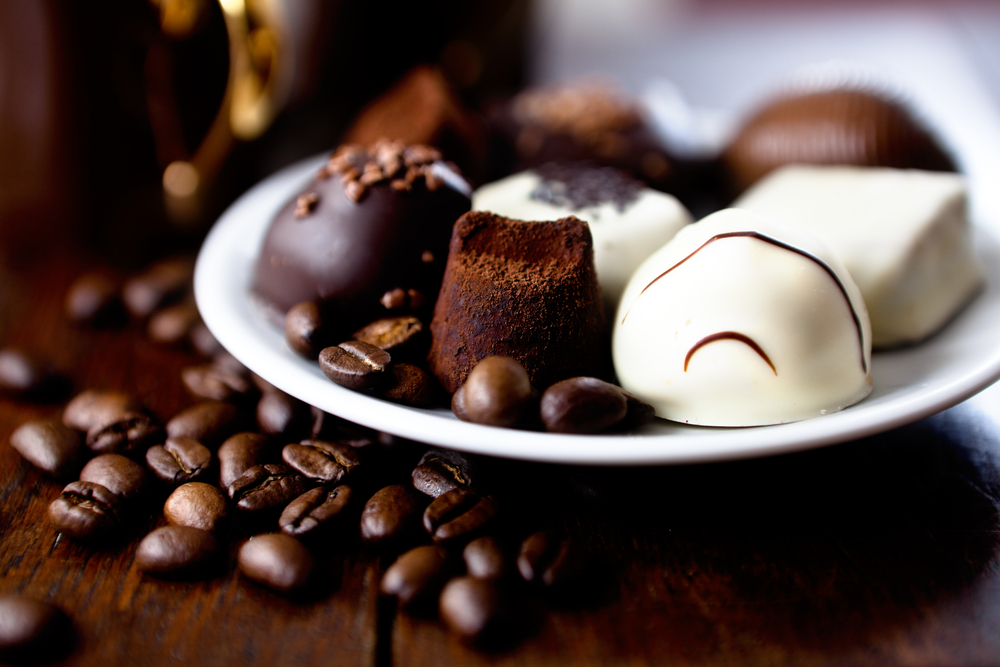 Tübingen is less than one hour south of Stuttgart via the B27, less than three hours southeast of Kaiserslautern via A8 and two and half hours south of Wiesbaden via A8. Go to DB Bahn to find out train information.

While in Germany, head to the historic town of Tübingen to step back in time, enjoy the beautiful scenery, absorb the cultural and so much more. This incredible town awaits your visit!