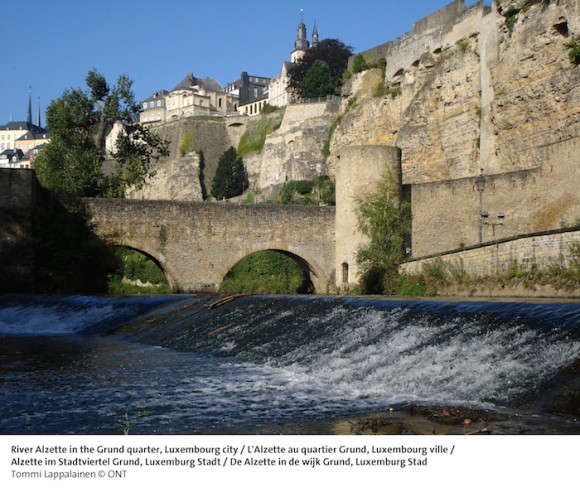 The Grand Duchy of Luxembourg is a landlocked country bordered by Belgium, Germany and France. It’s one of the smallest sovereign nations in Europe, but this tiny but very beautiful country will surprise you with its varied scenery. It offers low mountain ranges set in nature reserves in the Ardennes, vineyards on the slopes along the Mosel, ‘the Land of the red rocks’ in the south, rock formations, cascades and crags in Mullerthal and a cosmopolitan and international capital, the city of Luxembourg.

Luxembourg is perfect for weekend trips as it can be reached easily from KMC, Wiesbaden and, with a little more effort Stuttgart too, via the Autobahn or in comfort by train. 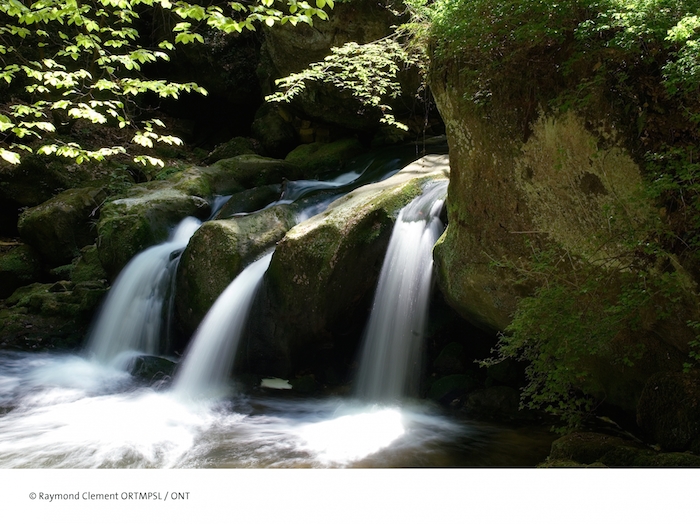 Rambling along the Mullerthal Trail or across the plateaus of the Ardennes or hiking along easy to moderately difficult paths means enjoying panoramic views and discovering many castles and ruins along the way.

Enjoy bike rides (or electric bikes for less effort) along gently sloping former railway embankments, with rail or bus connections in each case. You can take your bicycle on the train and/or bus without any difficulty. Thanks to elaborate signposting, you can cross the entire country using safe cycling routes. With accommodation in “Bed & Bike” hotels, Youthhostels and campsites, stays can be geared to all cyclists (leisure, mountain bikers). Luxembourg offers you the chance to explore 575 km of waymarked and safe cycle paths and 5,000 km of signposted footpaths. 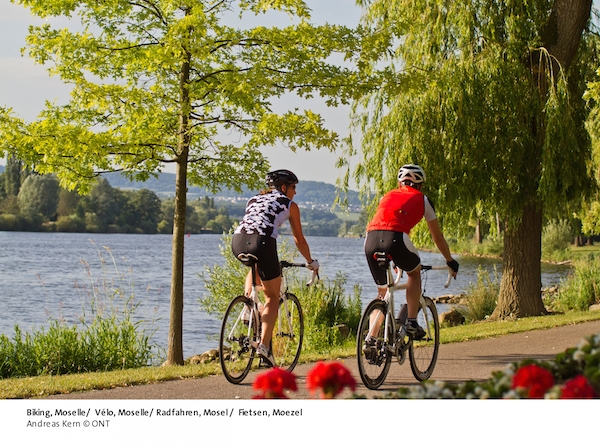 Indulge some of Luxembourg’s regional produce and enjoy a delicious gourmet treat. Luxembourg has the highest density of Michelin starred restaurants per capital, among them, Restaurant Lea Linster, whose head chef (Lea Linster)  is the first woman to have won the Bocuse d’Or Prize.

For something less punishing on the pocket, the city of Luxembourg is bustling with all sorts of pavement cafes and restaurants that bustle with a cosmopolitan European vibe.

Or perhaps you might enjoy a cruise on the Luxembourg Mosel and savour a wide selection of wines from the region while visiting the wine cellars. Wine festivals and culinary markets are high points of the good life in Luxembourg. 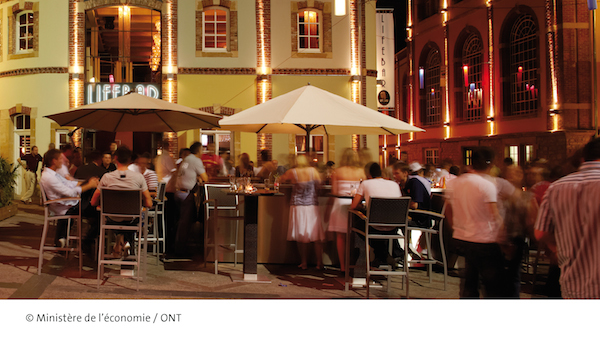 A major spa tradition does not rule out the very latest sauna landscapes and thermal baths supplied by mineral water springs at temperatures of 24°. Bad Mondorf, with its rich cultural programme has been a favourite gathering place for relaxation and regeneration since the 19th century. Anti-aging, anti-stress programmes or simple wellness facilities promote health and relaxation.

Booking.com
Culture plays an important role in Luxembourg. The country’s favourable position between the Latin and Germanic cultural areas has brought the biggest names in architecture together in Luxembourg, which prompted an avant-garde local scene. “Architectour.lu” is a guide that opens up modern architecture in Luxembourg. Among the contemporary museums that are worth a visit are MUDAM (Museum of Modern Art), Casino – Forum d’Art Contemporain’ and a ticket to the world premier of an opera at the Grosse Stadttheater or the Philharmonie, is a MUST.

Luxembourg has a fascinating cultural history with no fewer than three UNESCO World Heritage sites: the former fortress and old city of Luxembourg, the photograph exhibition “The Family of Man” by Edward Steichen in Clervaux castle and the Dancing Procession in Echternach.

A stroll through the many smaller art galleries and flea markets will delight any ‘Art collector’s’ heart – and not just in the capital. 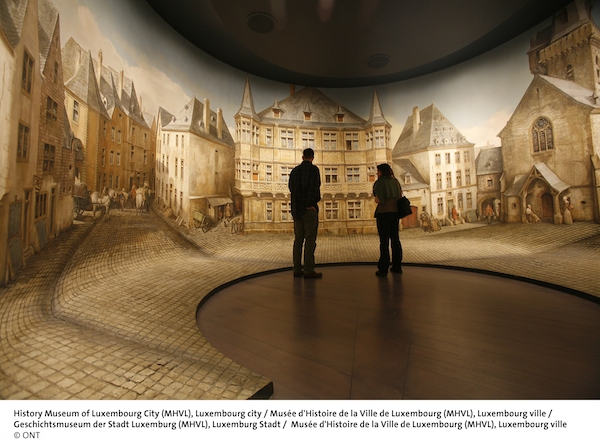 The American Military Cemetery, which is 50.5 acres (20.4 ha) contains the remains of 5,076 American service members. On 22 occasions two brothers rest side-by-side in adjacent graves. Most of the interred died during the Battle of the Bulge which was fought nearby in winter 1944/1945. The 5,076 headstones are set in 9 plots of fine grass, lettered A to I. Separating the plots are two malls radiating from the memorial and two transverse paths. Two flagpoles overlook the graves area. Situated between the two flagpoles lies the grave of General George S. Patton Jr.

Not far from the cemetery entrance stands the white stone chapel, set on a wide circular platform surrounded by woods. It is embellished with sculpture in bronze and stone, a stained-glass window with the insignia of the five major U.S. commands that operated in the region, and a mosaic ceiling.

The cemetery is located in Hamm, Luxembourg City so is easy to find and visit to pay your respects. It is administered by the American Battle Monuments Commission. Under a US-Luxembourg treaty signed in 1951 the US government was granted free use in perpetuity of the land covered by the cemetery. 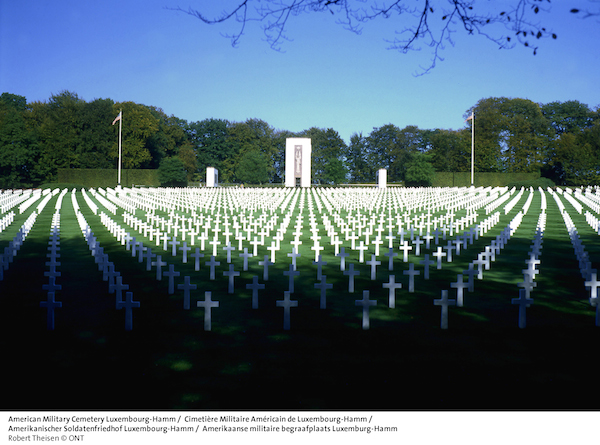 Save With The LuxembourgCard

The LuxembourgCard offers a great option for saving money. The purchase of the pass offers singles, couples and families up to 5 people free or reduced admission to 55 different sights and provides free use of all rail and bus connections within the Grand Duchy.