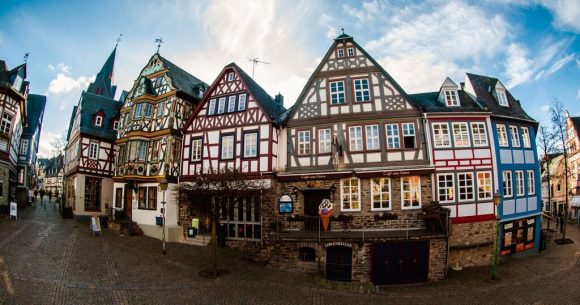 The Witch Tower of Idstein!

The charming and remarkable town of Idstein makes a wonderful day trip! Here you also have the opportunity to see the sites from the top of the Witch Tower (Hexenturm). 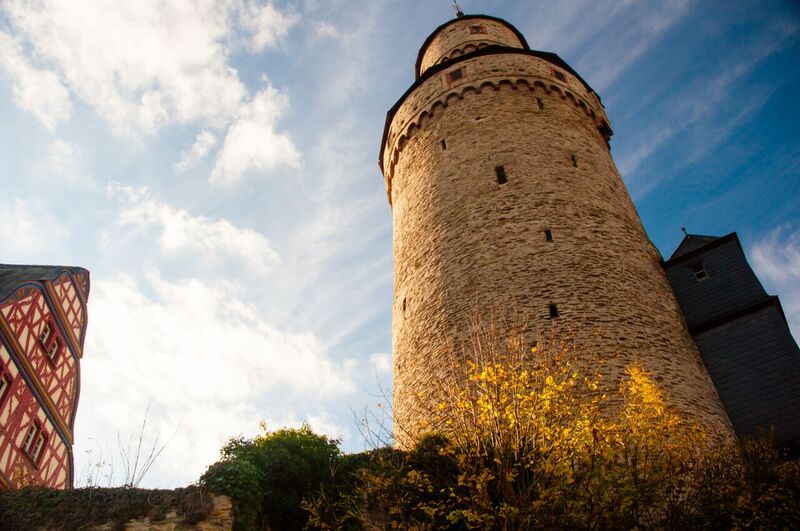 I had a simple day planned just to get some coffee and walk around Idstein. However, my day turned into an adventure! To my surprise, I actually swapped my car key for the key to the Witch Tower!

Idstein was first mentioned in documents in 1102 and the city was given charter in 1287. Visitors quickly fall in love with Idstein because it is such a fascinating and historic city. The architecture is rich with colorful carvings and impeccable detail. It is an incredible feeling to walk around and admire the half-timbered houses from the 15th to the 18th century. 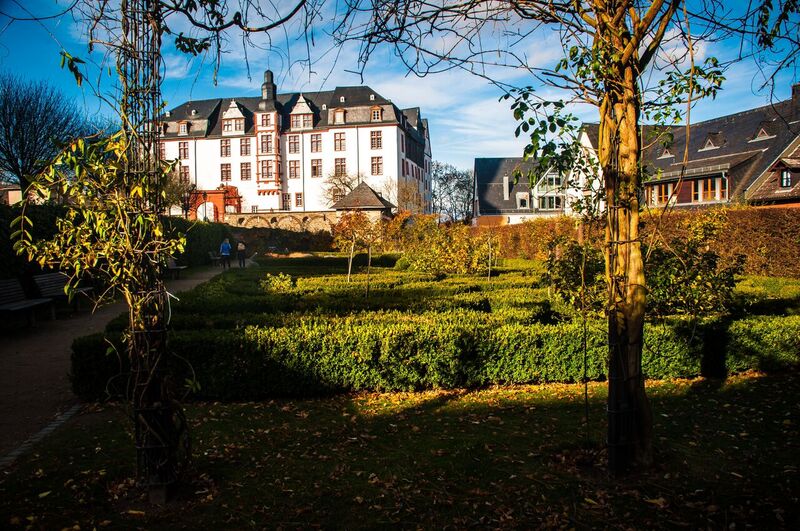 This adventure starts in the gardens right below the Witch Tower. Parking is available in the area or you can park at the Hexenturm car park. Located next to the tower is this sign with information on how to visit inside. 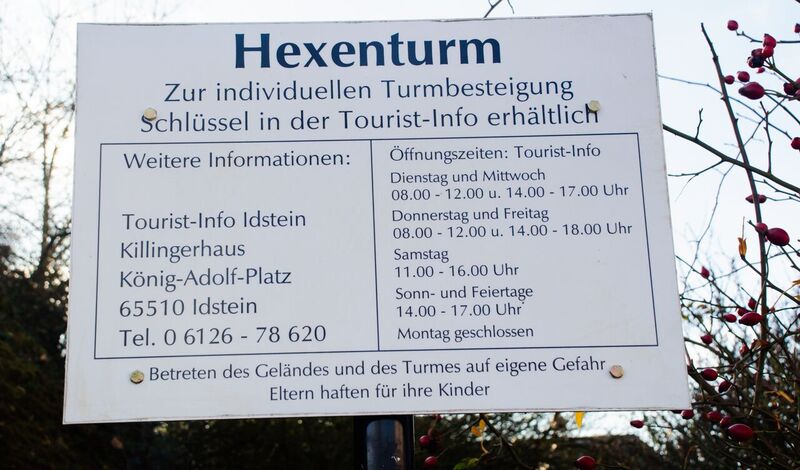 The tower sign tells you to go to the tourist office to get information about getting into the tower. I thought that someone would come and open it for me or there would be a group going inside on a tour. To get to the tower you must walk around the corner into the Idstein courtyard. It is such an enchanting experience when walking into and out of the arched tunnel. In fact, it is one of my favorite views in Germany! 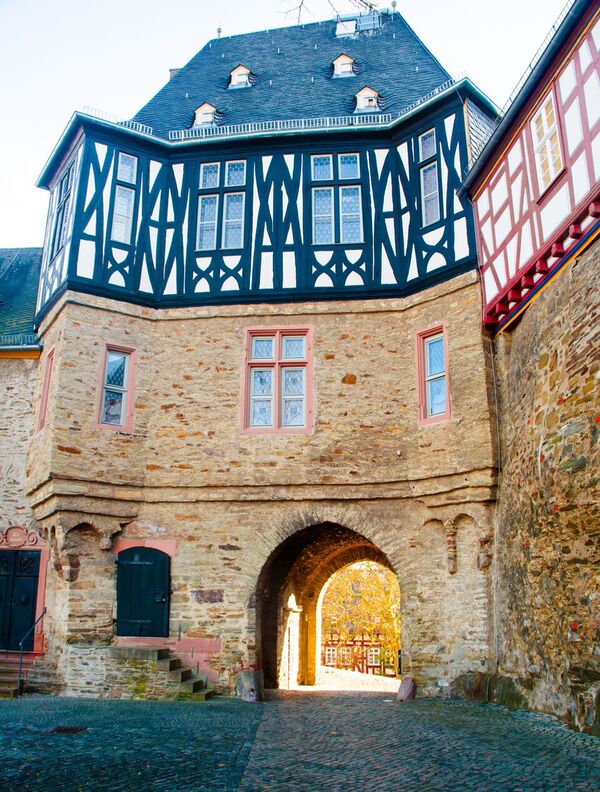 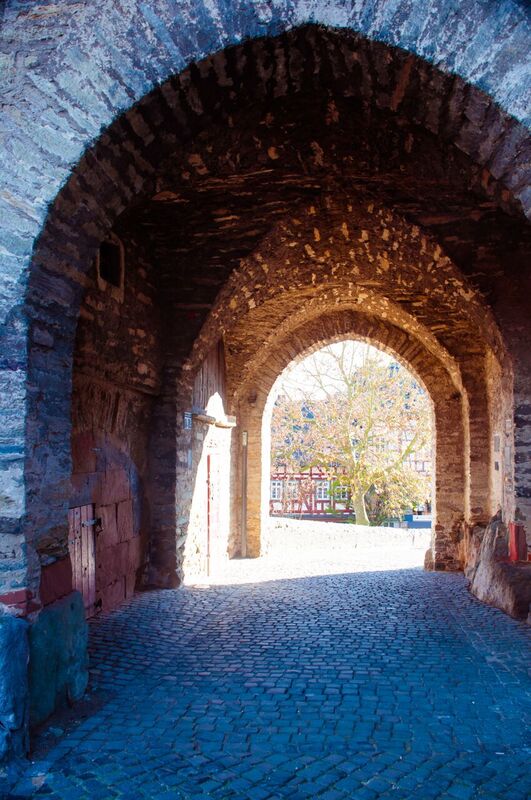 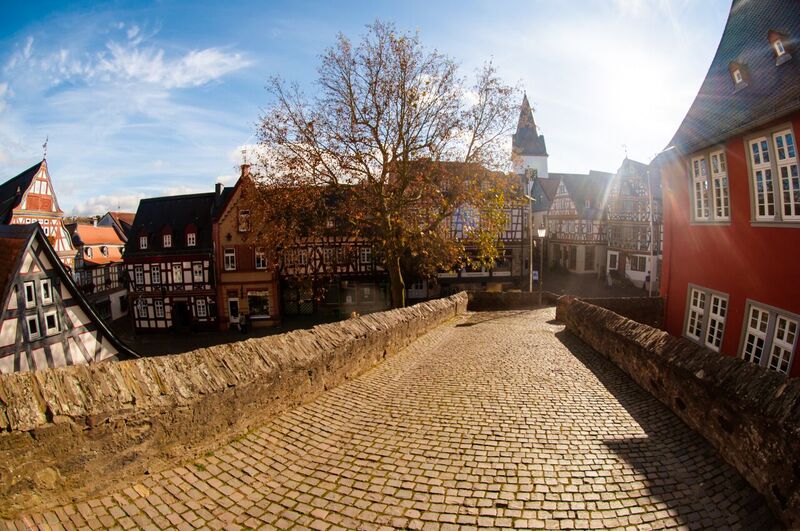 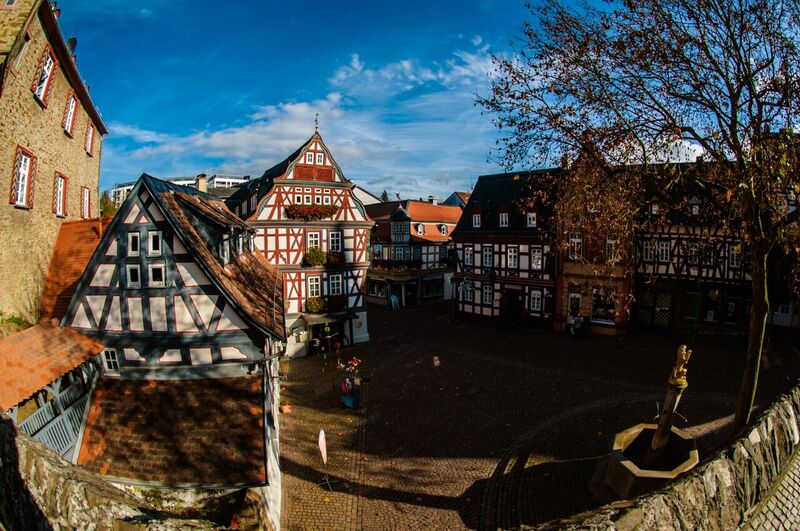 Even the tourist office in the center square is a beautiful building! 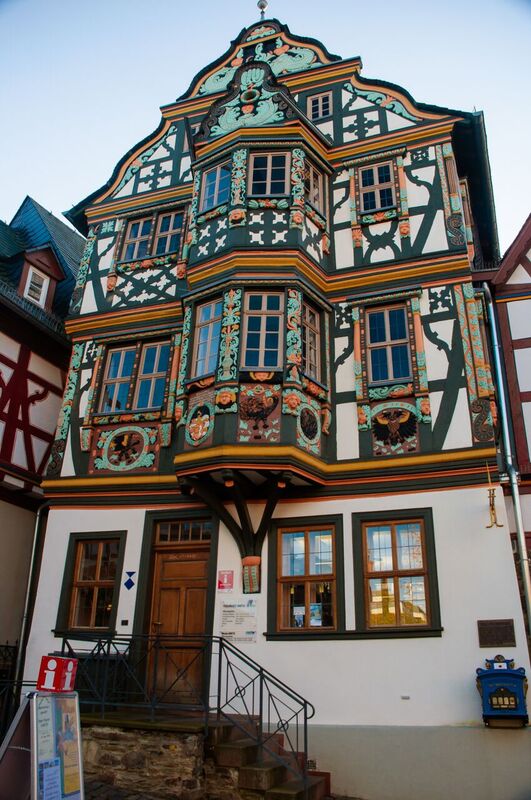 The woman inside was very friendly and of course spoke English. After expressing that I would like to go inside the tower, she asked me for my car key as a deposit. I couldn’t believe the awesome old skeleton key she handed me in return for my boring Ford car key. Visitors are asked to lock themselves inside when going inside (GULP!) and to return in about 45 minutes. 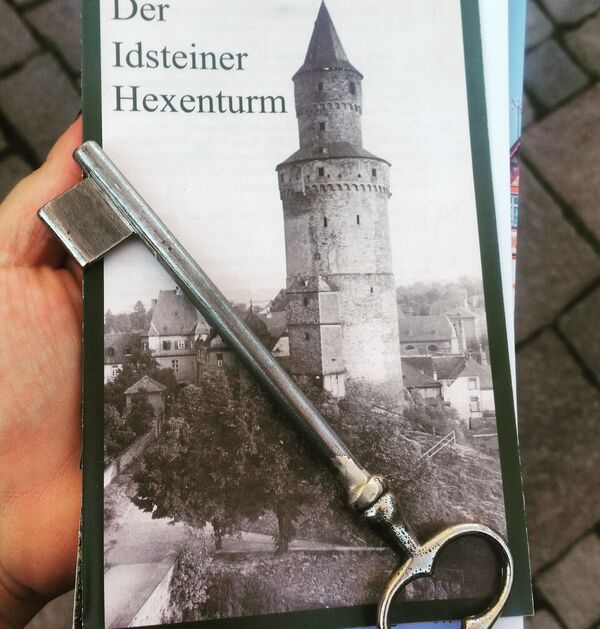 So key in hand, off I went to the tower! 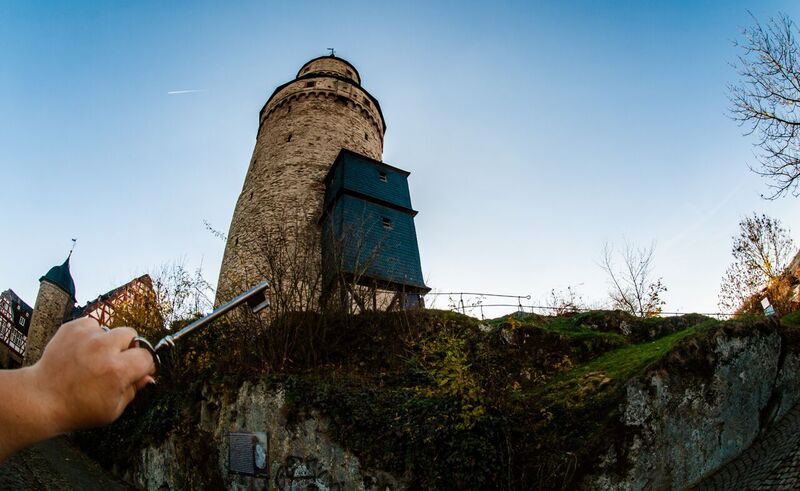 I felt pretty important with my big key as I walked inside and as some people watched from the outside. Once stepping in the tower, I did as instructed- I locked the door behind me. Yes that felt kinda creepy! 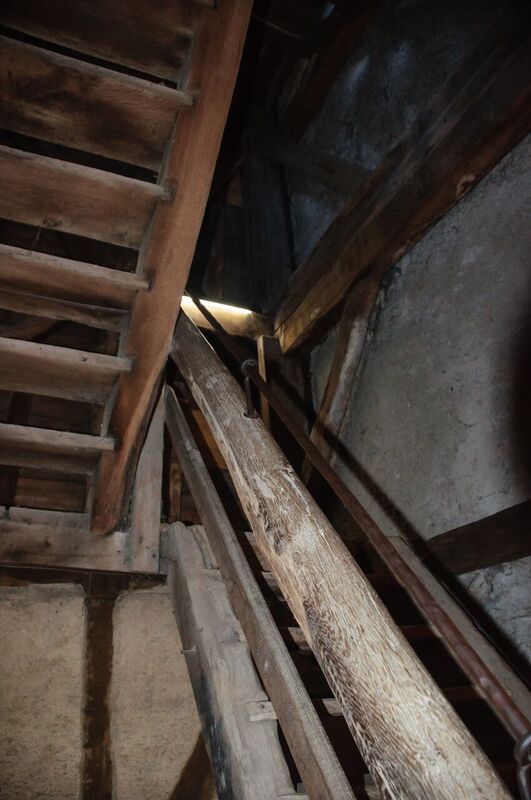 The stairs go up and lead to more stairs. There are also nice window views along the way. 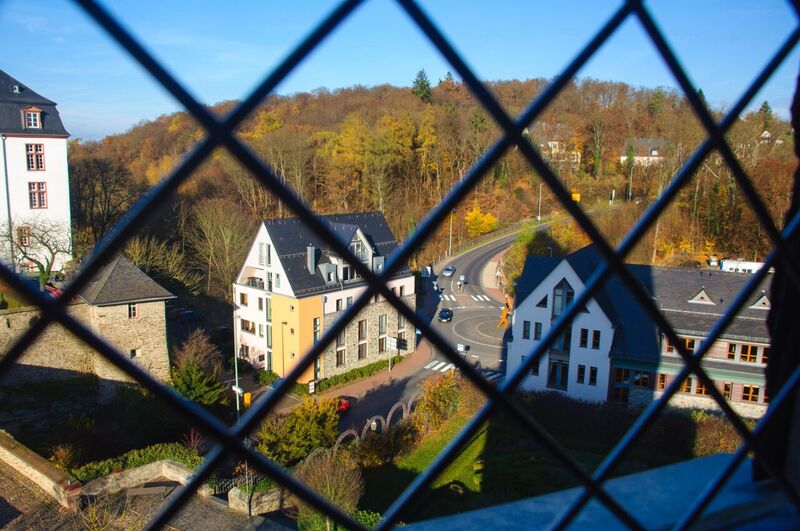 When reaching the tunnel, you are now in the wide top part of the tower. 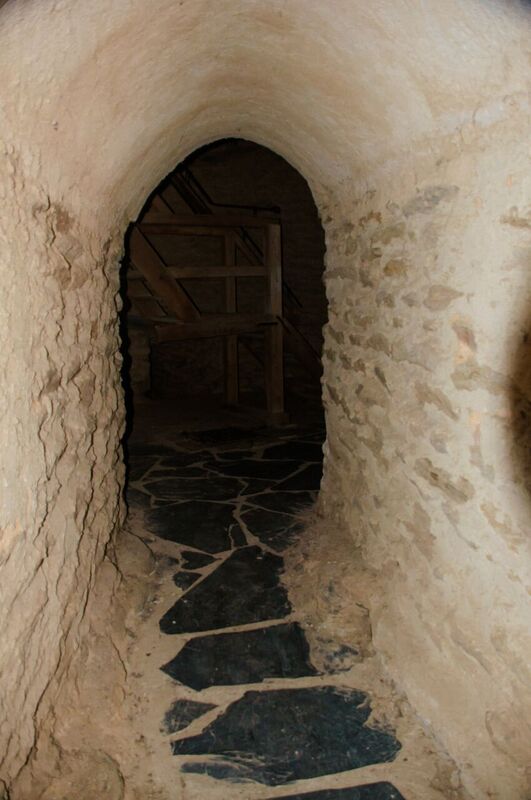 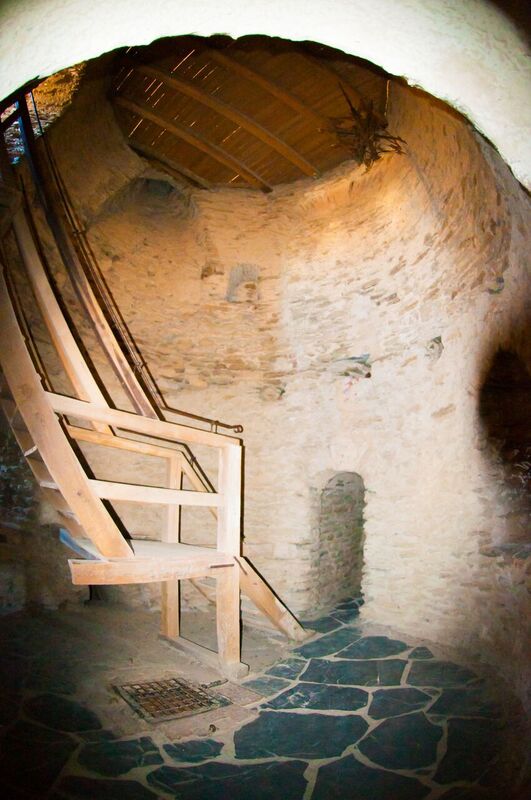 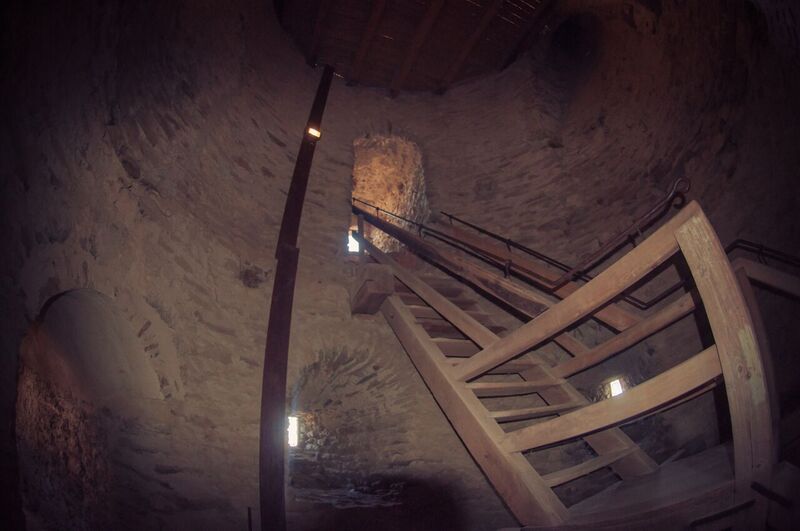 You must look up! 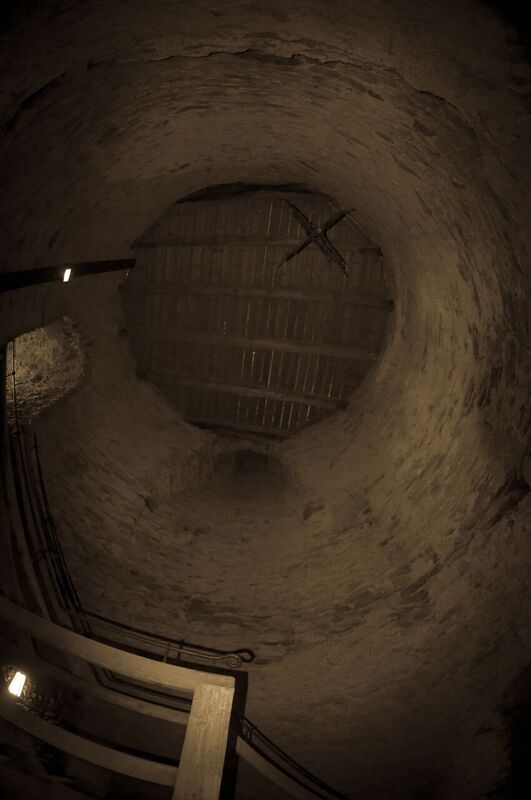 From the final staircase of this 42 meter tower, you can look out of the top window! 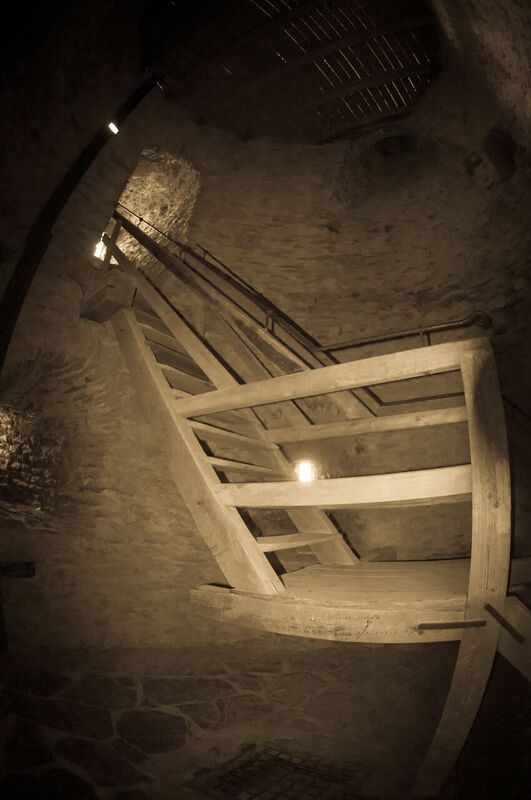 I was able to check out beautiful Idstein from high above, all alone in (temporarily) my tower! 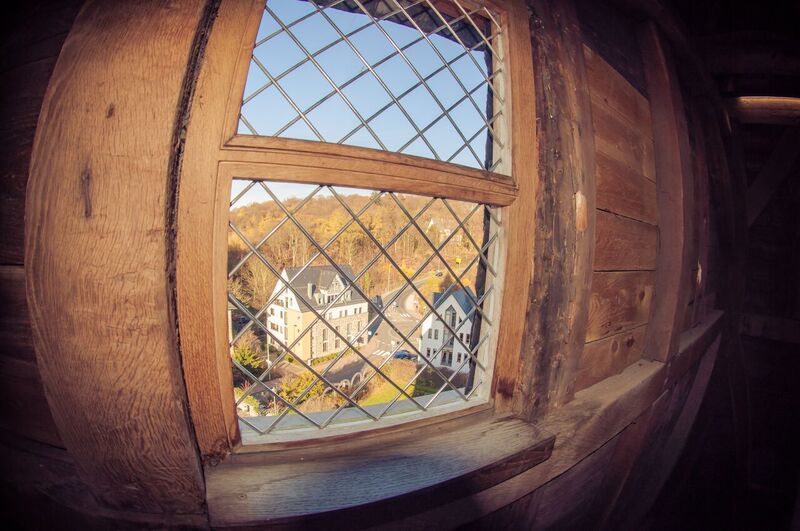 When it was time to head back to the office, I walked down the stairs and triple checked that I locked the tower properly.

In the tourist office I learned a lot about the history of the Witch Tower. It was originally built as a watchtower for the city of Idstein. Between the years of 1449 to 1779, the tower was used to lookout for enemies and it served to alert the town in case of fires in the area.

The name Hexenturm (Witch Tower) emerged from locals only since the year 1900 due to the town’s history with witch hunts during the late 1600’s. Almost 20 years before Massachusetts had its Salem witch trails, Idstein also experienced witchcraft accusations of their citizens.

In 1676 and 1677 a total of 35 women and eight men were accused of and executed of witchcraft. A remembrance plaque for the victims can be found at the tower.

A Bite to Eat and More 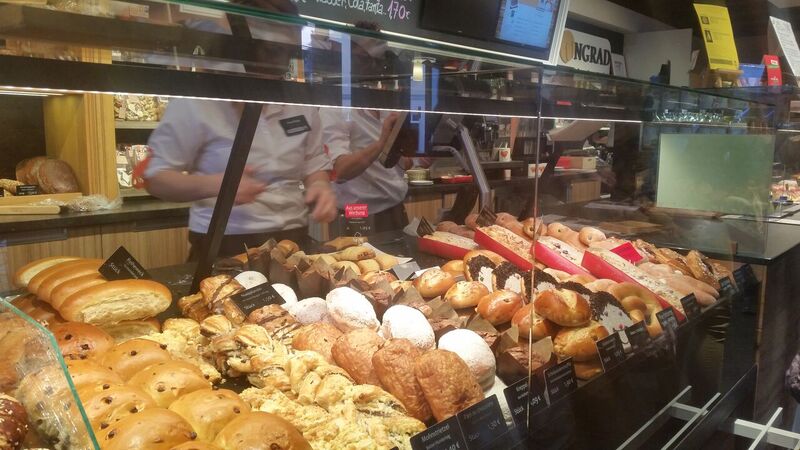 All this tower climbing and witch hunt history made me hungry and I needed coffee. The best place to go is the Bäckerei Huth Café , located next to the tourist office in the center of the town. 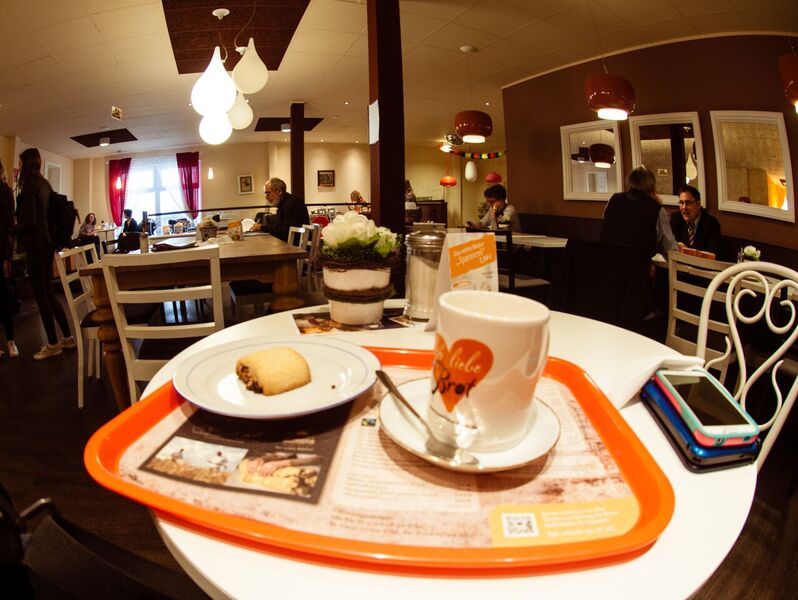 The relaxing and welcoming bakery has the added bonuses of free WiFi and a children’s play area. I could have stayed here all day! 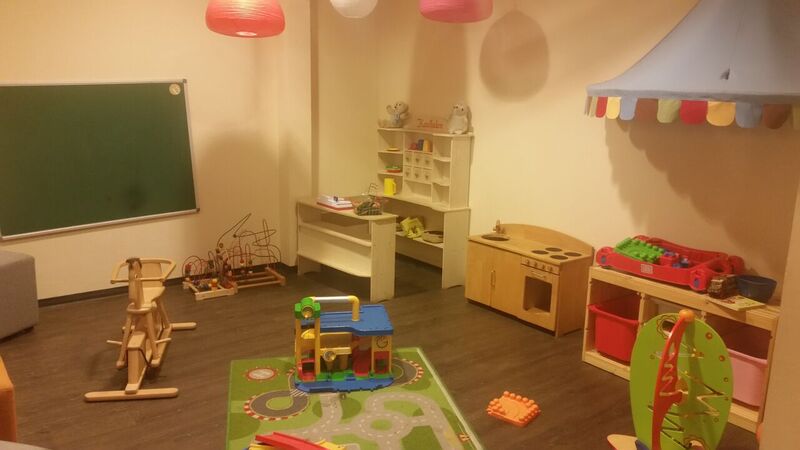 Across the street from the bakery is TrendHaus, a lovely shop where unique gifts and seasonal decorations can be purchased. 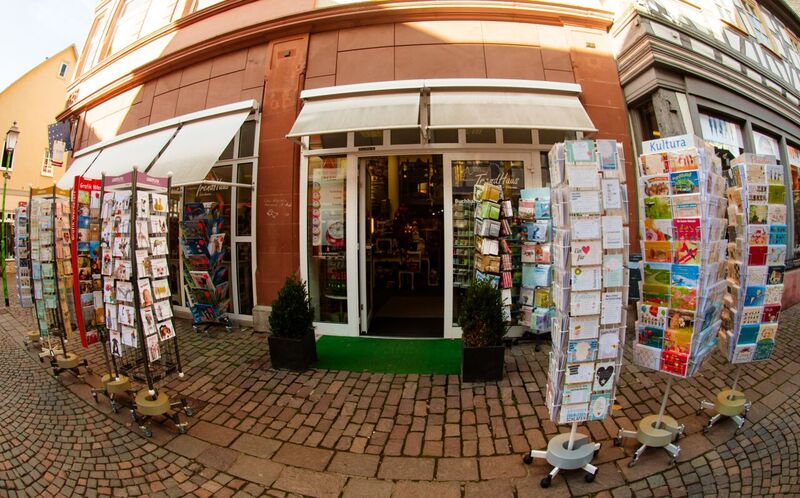 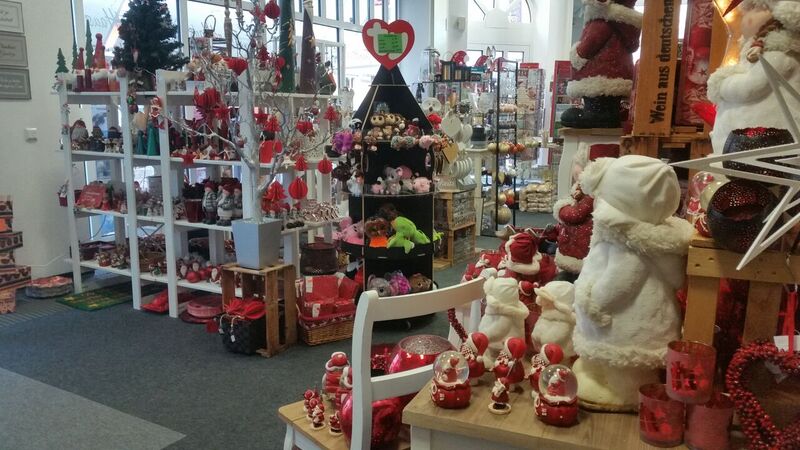 You can even celebrate your achievement of walking up the Witch Tower by buying a miniature version of your own. 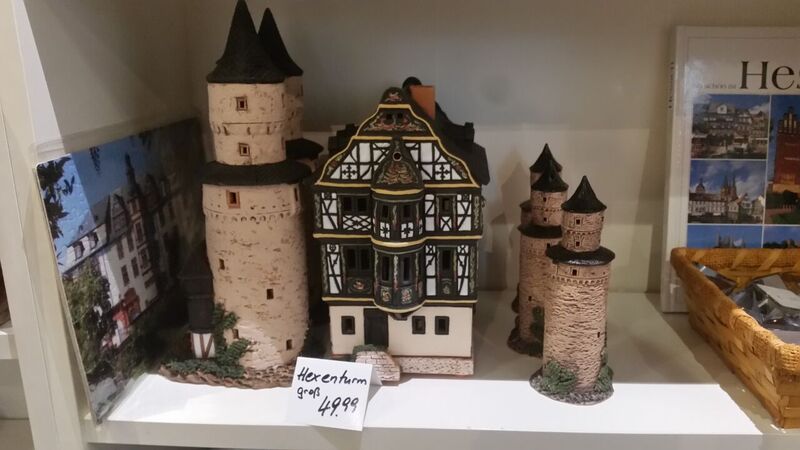 For a bigger hunger, located in the same square, there are several welcoming restaurants with amazing aromas wafting from inside. 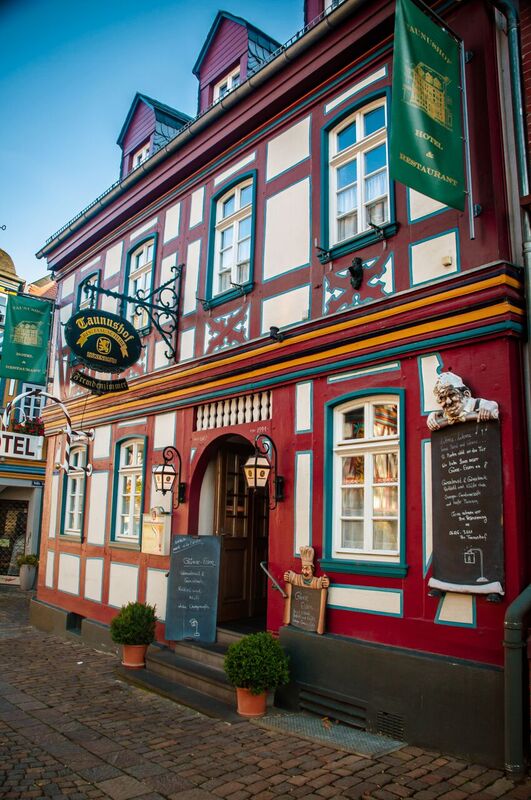 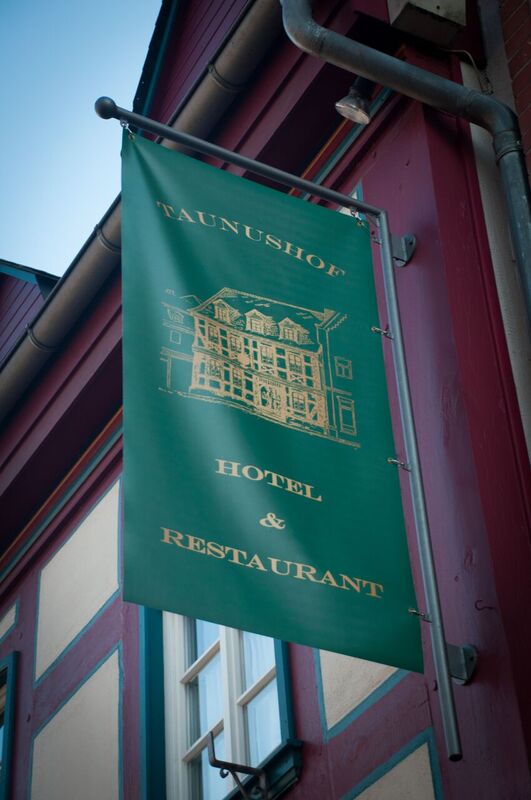 Idstein is purely wonderful all year around and surely do not miss its Christmas Market this weekend from December 2-4.

Another not to miss event is the very popular Idstein Jazz Festival, which takes place this coming summer from June 23-25, 2017.