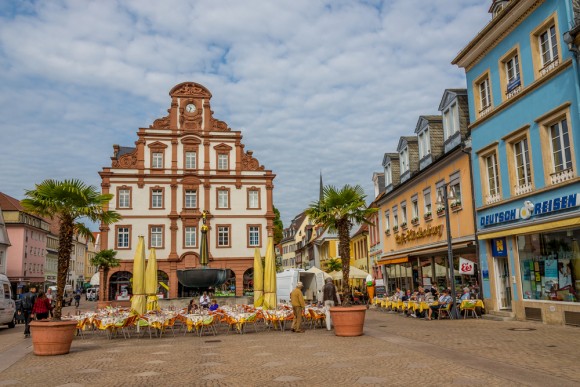 Speyer is a town in the Rhineland-Palatinate and is close to the Rhine. The town is certainly an ancient one as it was recorded on one of the Greek geographer Ptolemy’s maps, dated 150 AD, as Noviomagus. In fact it is one of the oldest cities in Germany. As you can imagine there are many delightful parts of Speyer to explore including its location in the wine-growing region. There are many reasons to visit Speyer.

What to see in Speyer 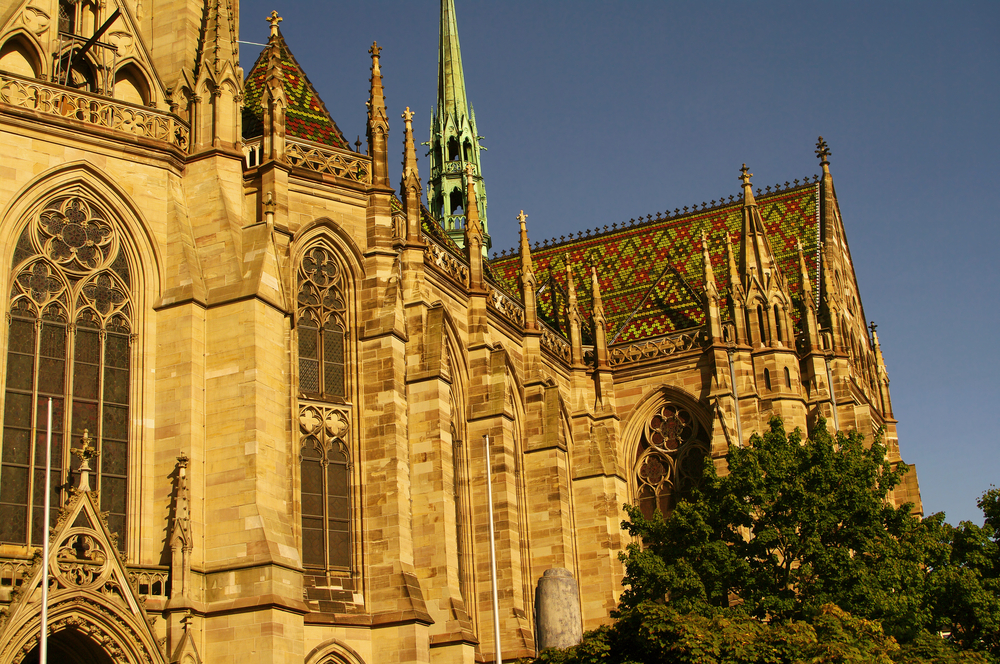 You can’t miss the imposing Romanesque Kaiserdom (Imperial Cathedral), as the town is dominated by its four spires and two domes. Its actual full name is the Imperial Cathedral Basilica of the Assumption and St Stephen (Dom zu Unserer lieben Frau in Speyer). It was founded by Konrad II in 1030 and was rebuilt by Henry IV. The church is now a UNESCO World Heritage Site and attracts many tourists. The crypt is the final resting place of some of Germany’s rulers and bishops. Today it is the largest Romanesque church in the world. There is a huge stone font, with a capacity of 1,560 litres, in the square in front of the cathedral’s main portal. This once symbolized the borderline between the diocese and the city of Speyer. 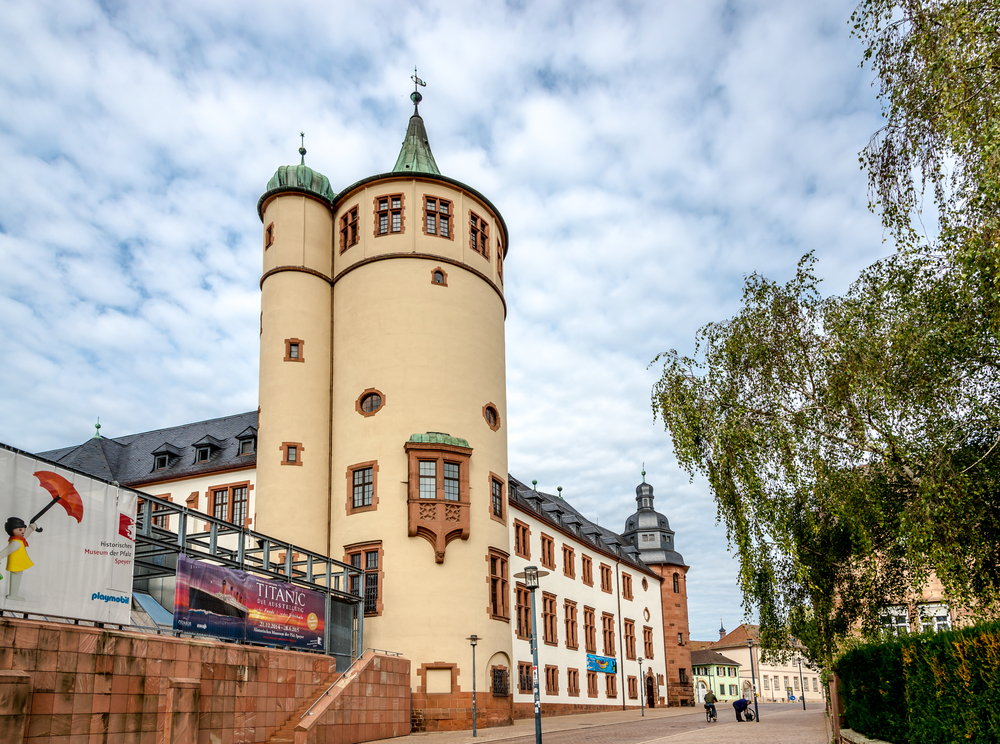 The Old City Gate was part of the city wall and the western gate; the fortifications had 68 wall and gate towers. The top floor was added in the 16th century, while the steep roof and the lantern date back to the beginning of the 18th century. You can climb the tower for a superb view of the city at your feet, and on your way up it, pause at the second floor where there is a permanent exhibition which traces the history of the fortifications and that of the gate.

The city hall is a late-Baroque building and it has an imposing exterior. The council chamber is in the early Rococo style and is now used for functions such as concerts and weddings.

The fish and wood market was located in the old town where a sculpture of a fish is now.

The Technik Museum Speyer has planes, veteran and vintage cars and motorbikes and fire engines and is perfect for those interested in the history of transport. There’s a submarine as well as a Lufthansa jumbo jet, a Russian Buran orbiter and many other fascinating exhibits.

The Historical Museum of the Palatinate is close to the cathedral and this is dedicated to the history of Speyer and the whole of the region. It houses five permanent collections encompassing the different periods of Prehistory, Roman Times, the Cathedral Treasury, the Modern Era and the Wine Museum.

The Munich architect, Gabriel von Seidl designed the castle-like museum and it opened in 1910, and was renovated in the late 1980s. Inside this museum is the Young Person’s Museum of Speyer which was the first museum especially for young people in the Rhineland-Palatinate region.

There are also other museums in Speyer, but there are other things to see and do too.

If you are into sea creatures, then this is the place to go. You enter an undersea world of colorful fish, sharks and Marty, the green sea turtle live. There are fresh and salt-water tanks and it is on two floors, so you have many creatures to view and marvel at.

What to do in Speyer

There are many restaurants to choose from in Speyer, serving various cuisines. You could try the Goldener Hirsch at Maximilianstrasse 90A for sample the famous local dish,  Pfälzer Saumagen (Palatine sow stomach), or try the Pfälzer Teller which is a dish of liver dumpling, grilled leberkäse and sausage. They serve smaller portions for children if you ask, and you can sit outside when the weather is good.

If you are hankering after Asian food, try the Le Cyclo – Traditionelle Vietnamesische Kuche at Wormser Strasse 23.The food is fresh, tasty and serves food from other Asian countries; it is not exclusively Vietnamese.

The Domhof is a hotel with a restaurant and beer garden, and the food is great and the portions huge. They serve a dish of the day which is always great value for money. The Domhof is at Grosse Himmelsgasse 6. There’s a park where children can play on site, while they are waiting for their meals.