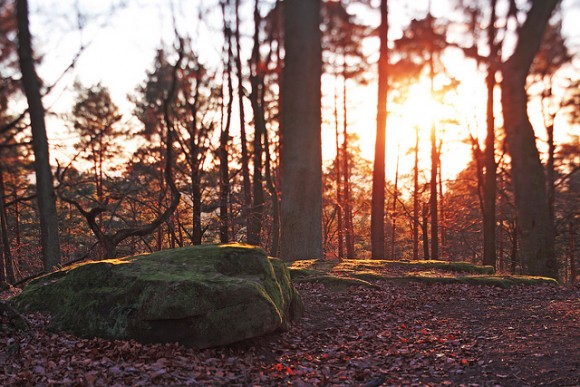 Homburg is a small town in south-west Germany, and not to be confused with Bad Homberg in Hesse (where the hat of the same name comes from). It is around 25 miles west of Kaiserslautern and 16 miles west of Landstuhl. Homburg lies on the banks of the River Erbach, and it is an ancient market town, having received its first charter in 1330.

What to do in Homburg

The market square is picturesque, surrounded by fine examples of 17th century buildings. It’s a wonderful starting point from which to explore the town by foot.

Fairly close to this you can find the ruins of the 12th century Hohenburg Fortress, from which the name of the town is derived. The fortress sits like a crown atop the Schlossberg and it’s ruins have been slightly restored and partially open to the public since 1981.

Close to these ruins you will also find the ruins of the Karlsberg Castle which was destroyed in 1793 (having been built between 1778 and 1785). It was acquired and slightly restored by the Karlsberg Brewery in 1975. 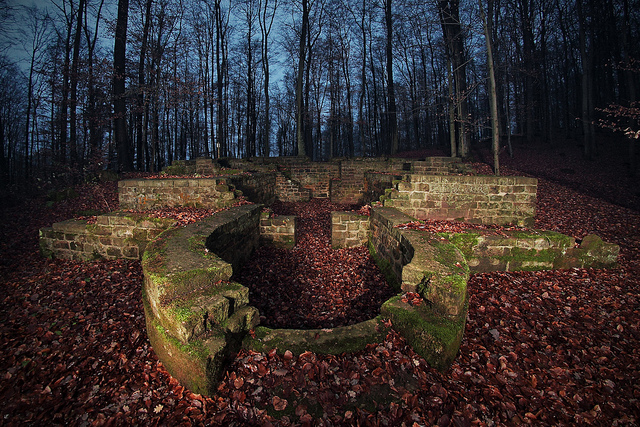 After visiting the castle you might wish to venture into the Schlossberg Caves, which were originally opened in the 17th century to mine quartz. Children love these caves as they get to wear helmets (adults have to as well of course, for safety reasons). There is a small entry fee (€5 for adults and €3 for children). Call to reserve spaces on the guided tour and to book an English-speaking guide if you need one. 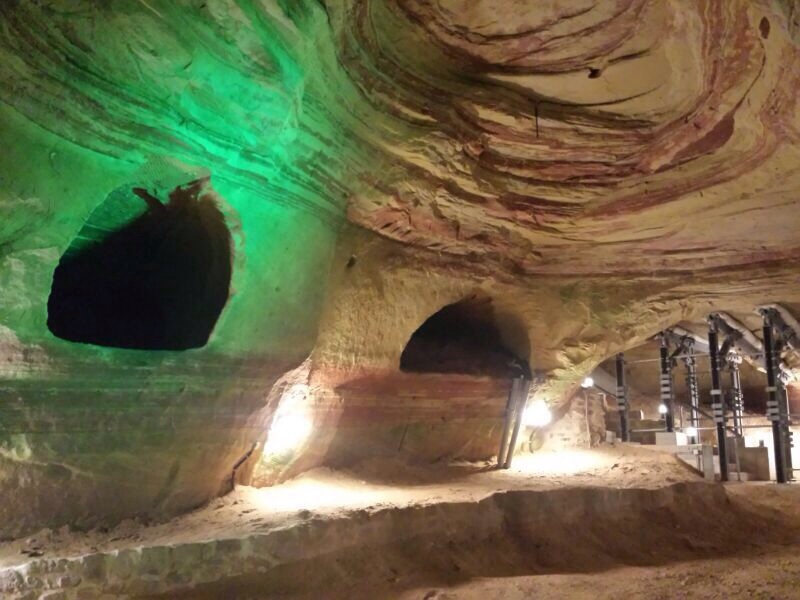 The Karlsberg Brewery is in Homburg, and it’s highly recommended to book a tour to sample the beers produced there. Not to be confused with the Danish brewer Carlsberg, Karlsberg is one of the largest breweries in Germany. The brewery has been handed down through generations in which the current owner is the great-grandson of the brewery’s original founder. 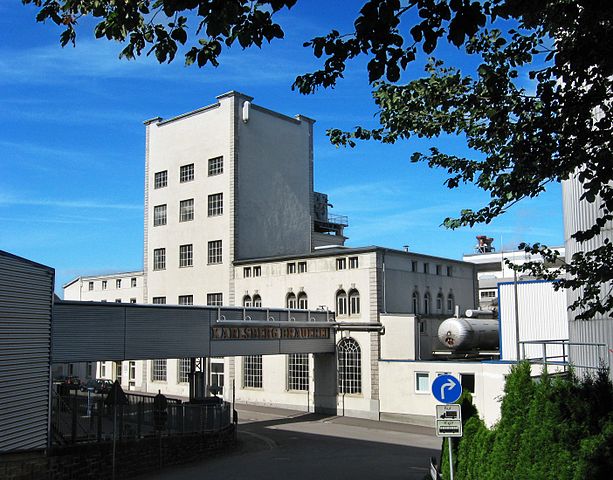 “Homburg Karlsbergbrauerei” by Lokilech – Own work. Licensed under CC BY-SA 3.0 via Wikimedia Commons

The Homburg Flea and Antiques Market (open from 8 a.m. to 4 p.m.) is one of the biggest in Germany and the biggest in the south-western part of the country. It usually takes place on the first Saturday of each month except in December, which is when the  Christmas Market takes place. It too is definitely worth the visit.

The Römermuseum Schwarzenacker, (Roman museum) is an open-air exhibition place where you can see scenes from life in Roman times (closed during December and January). Homburg-Schwarzenacker is a perfect location for such a museum, as Schwarzenacker was at a crossroads of two military and trade routes in the Roman era. These were the routes from Metz to Mainz and from Trier to Strasbourg. Some buildings, such as the optician’s house, have been reconstructed. There is also a beautiful Baroque garden to enjoy, weather permitting. The museum is housed in the Edelhaus, built in the early 18th century. The museum is closed in December and January, and the entry fee is €5 for adults and €3 for children.

If you enjoy walking and hiking, then the countryside around Homburg is a perfect day out with its beautiful, green valleys and hills.

Where to Eat and Drink

There are wine bars aplenty in Homburg. And if you want to try French, rather than German food for a change, why not go to Petite Chateau which is arguably the best restaurant in Homburg. This popular restaurant serves both French and German food.

If it’s beer you drink with your meals, then you really should head to the Homburger Brauhaus where you can sit outside or inside (depending on the weather) and enjoy the views. Try the dish of the day which is usually delicious and cheap.

Why not try Akif’s Nargile Café for a night out? You can try smoking shisha in a traditional Turkish water pipe (nargile) and sample a few cocktails from the extensive range there. Naturally the coffee (with some delicious biscuits) served at Akif’s is worth trying too!

How to get to Homburg

Living in Germany, you know that arguably the best way to travel is by train. For train details, simply click on DB Bahn.  To reach by car, it is only about thirty minutes from Kaiserslautern, an hour and a half from Wiesbaden, and two and half hours from Stuttgart.

All rights reserved by Michal Jeska