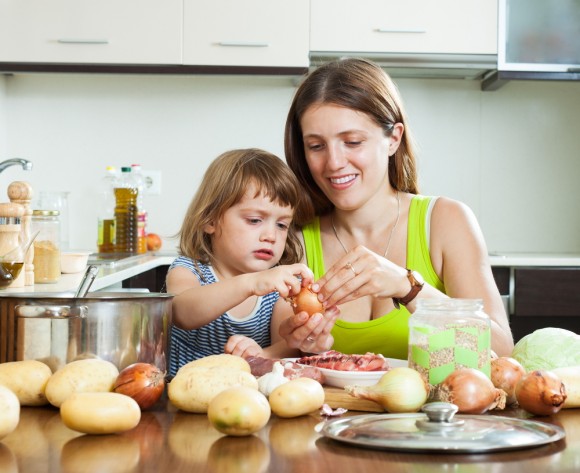 Whether it’s saving money or calories, a really good idea to add to your weekly routine is a “Souper” night. For us Mondays are our Crock-Pot or soup night. Having a set day of the week like this helps me be a bit more mindful of what I am spending and eating. Homemade soup is full of nutrition and relatively easy to prepare, making it an attractive centerpiece for dinner night. I’ve decided to highlight local specialties from the Swabian (Baden-Württemberg) area as well as introduce some seasonal vegetables that are inexpensive. 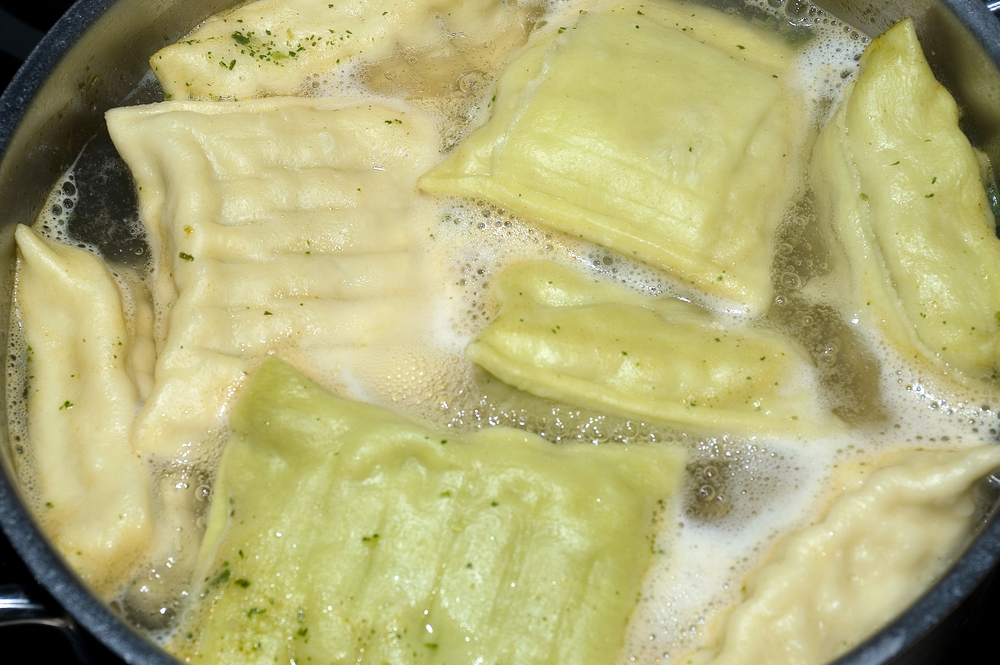 Bring all ingredients (except for green onions) to a boil. Then add maultaschen and boil for approximately 15 minutes, until maultaschen rises to the top. Add green onions at the end. You may decide to allow to simmer for a few hours, but the pasta will cook and cook, so be careful. I don’t particular like it that way, but suit yourself.

This is my variation of Maultaschen soup, I’ve tweaked the original Schwabisch recipe some, and I prefer chicken to beef stock and vegetable Maultaschen versus beef. But this will certainly give you an idea of what you savor at your local German restaurant for a fraction of the cost.

There are three legends that surround “The Maultaschen” noodle pouches, but my favorite is the 17th century version. It goes something like this: During the Thirty Years’ War, it was forbidden for a Swabian Catholic to eat meat on Fridays, especially during fasting season. The story has it that the Cistercian Monks of the Maulbronn Cloister did not want to cause a scandal by enjoying meat, so they chopped up meat then mixed it with herbs and spinach to create the impression of meatless dish. I have also heard it been said that Eberhard Ludwig (Duke of Württemberg) was also adamant about having the meat version too 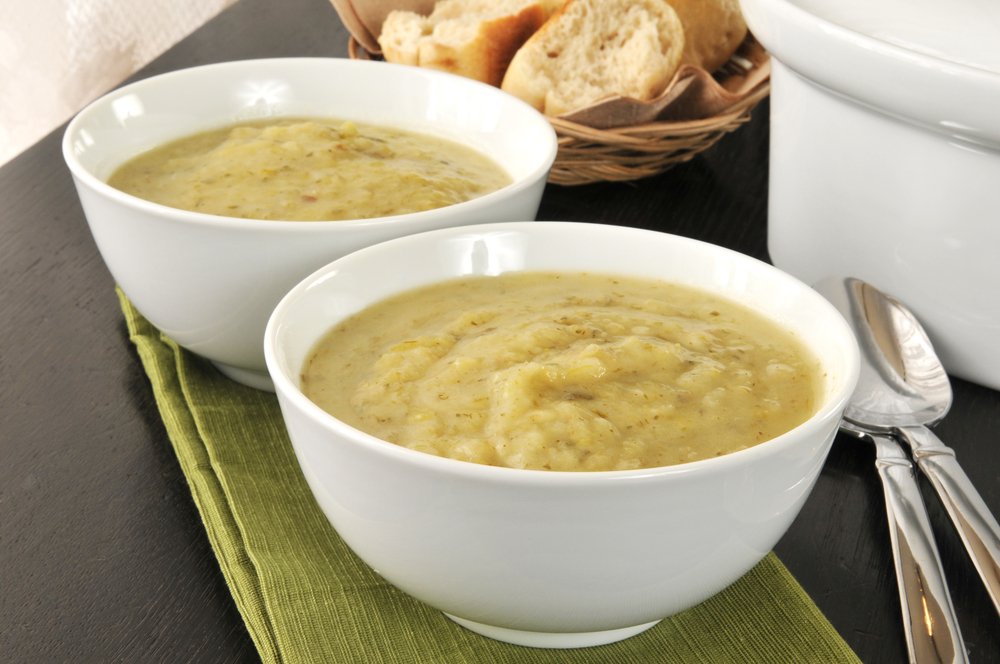 8-10 medium potatoes (peeled and diced)
2 leeks (sliced and diced) Be very thorough while cleaning these. Pull one layer off to really get the dirt out of the next few layers. Leeks like to hold on to the sandy dirt they grow in.
1 onion
1 clove garlic (crushed)
1 tablesoon Olive oil
8 – 9 cups chicken or vegetable broth
Fresh parsley (to garnish)
Salt & pepper (for taste)

Add the oil in a large stock pot and then saute the leeks, onions and garlic for 506 minutes until translucent. Add potatoes and chicken broth and then bring to a boil. Allow to boil for 20-30 minutes, until potatoes are fork tender. Turn heat down, move stock pot to side. With an immersion blender or hand-held blender, puree everything in pot. It splatters some, so BE CAREFUL! Puree until all ingredients are incorporated and smooth, and then return to low heat. Allow to simmer 30-40 minutes.

This is a delicious potato soup and extremely healthy. Leeks are in season during the winter here in Stuttgart and are quite the deal. Full of antioxidants and vitamins, this soup is a nice cozy, filling meal.

It is widely reported that the Emperor Nero (37-68 AD) ate leeks that were cooked in oil. He believed it would improve his singing voice. He was so well known for eating leeks that he acquired the nickname Porophagus (leek eater.)

It’s worth noting that you should be able to pick up fresh vegetables at local Farmers Market’s even during the winter months. I purchased my vegetables from the Boblingen Farmer’s Market on Saturday.

Let me know if you’ve tried this and what you think!

Author Profile: Wendy Payne is a military spouse and lives with her family in Stuttgart. She is a freelance writer, blogger and photographer. She also enjoys hiking, yoga and sharing Europe with people.