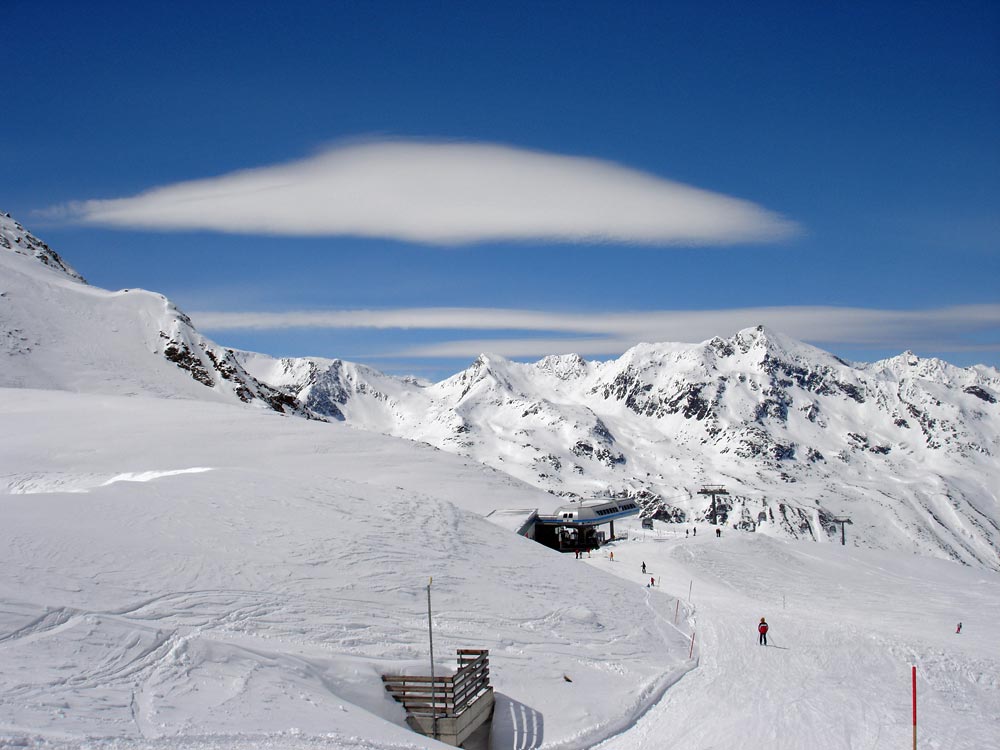 The 3000m+ high ski area of Obergurgl – Hochgurgl, Austria is opening later this week to kick off another mammoth season in this Otztal resort, located on the southern border with Italy. Just north along the valley the Solden glaciers have been open for several weeks now but Obergurgl is traditionally one of the 1st non-glacier skiing resorts in the Alps to open. Skiing starts this Thursday with deals on ski hire and ski passes as well as live music over the weekend. The following weekend the opening party wraps up with another 2 days of live music. 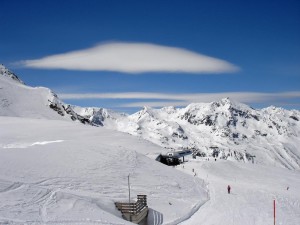 As well as offering skiing to over 3km altitude, Hochgurgl the ski-in, ski-out resort above Obergurgl is also the highest in Austria and the 2nd highest ski holiday resort in the Alps. The skiing in Obergurgl is generally suited to intermediates although there are some deceptively tough ski routes that can be tough to get down. Given the height the snow record is fantastic with skiing from November through to May each year. And for those who appreciate stunning views, on good days Obergurgl offers some of the most incredible cloud formations, set against piercing blue skies.

Ski passes in Obergurgl can also include days in the Solden ski area that is just north of the resort and connected by ski bus. For those looking to jeopardise the likelihood of an early start the following day, Solden is also one of the few genuine apres ski epicentres in the Alps – be warned!