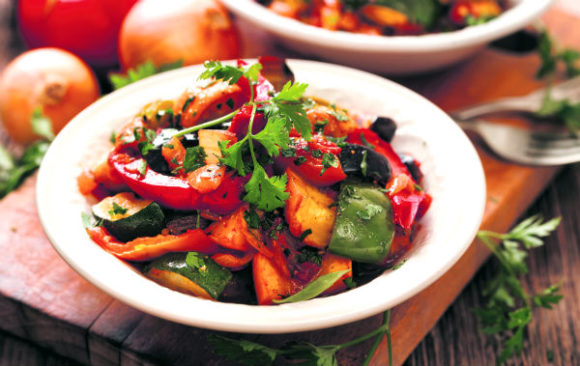 Note: You can add a half cup of red wine, however omit if you are eating with children.
Cut goat cheese in bite size pieces and crumble on top and garnish with basil leaves. Serve with sliced baguette.
This recipe comes from the south of France and was a staple for farming people since they always had the ingredients freshly available.

Serve with a dry French red wine such as a Vin De Pays or a Beaujolais.