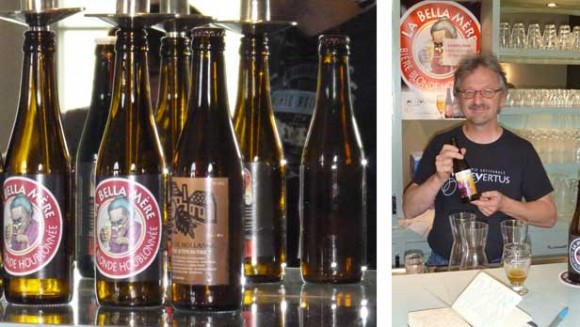 story and photos by Krystal White

In Belgium, small local breweries produce complex and unique batches of beer that lend themselves quite easily to even the most picky of wine connoisseurs. You sip, taste, and consider the flavor profile. However, there is something different about beer tasting: namely, it is much more boisterous, fun and unpretentious.

Shakespeare himself remind us that “a quart of Ale is a meal for a King.” Royalty indeed rests a little more than 2 hours north of where I live in Belgium, and in particular, a region known as Wallonia.

Like many other European countries, Belgium has a rich beer history and culture, with a heritage going back more than 2000 years. Private households in Roman times, from the Belgae tribe, made standard Germanic ales brewed from typical grains of wheat and barley. However, Belgium’s beer producers quickly started adding unique blends of hops to the mix.

Historically, Belgium has been influenced by numerous cultural powerhouses: France, Germany, Dutch and Great Britain. There are currently well over 1000 breweries in Belgium, an impressive fact when you consider the country is approximately the size of Maryland!

Daniel, owner of Mellevertus Brasserie in Wallonia, is an award-winning brewer in Belgium. His typical brown ale, a nutty complex beer available in the bottle and on tap on location, won the Best of Belgium Brune this past May 2012. This accolade is 8 years in the making, as Daniel left his comfortable job as a currency trader in 2004, soon after deciding that he would like to become a professional brewer. Many of his family, friends and colleagues called him “crazy” when he converted his garage into a brasserie and began to produce homemade recipes.

“I grew up slowly,” he confessed, but judging from the superb La Mere Vertus, a complex triple of 9% alcohol that lingers in the middle of the mouth with notes of spicy hops, it is apparent that Daniel has matured. This is a brew master whom prizes the details of flavor profiles. He currently produces 800 hectoliters, 85% of them are bottles, spread over 20 different recipes. Think Saffron beer, produced with local saffron from 15K away, a friendly chili beer and a beer like none other I’ve tasted before—a pepper berry beer. Daniel exports 40% of his beers, and often produces individual batches, with flavor designed specifically for individuals, restaurants, charities,  or large events.

It’s not surprising that Daniel describes himself as a foodie first, and a beer maker second. When asked how he kept all those recipes in his head, he said “I’ve got a big head….” then chuckling, “but maybe a little brain.” Each beer has a specific energy: “it is more of a laboratory than a production,” he confessed.

Mellevertus, translated as 1000 virtues, is an uplifting place, if not a little indulgent. Small scale in nature, Daniel performs every act of production with the assistance of one full time employee and his wife, who manages the administration of his business. His beer tells a story of a person following a “crazy” passion, finding creative expression and introducing people to the world of fine brews.

Individuals can visit Mellevertus in Wallonia and receive a generous tasting of 6 of their beers for a fee of 7 Euro. Daniel sells a tasting selection of his 6 bottle beers for 12 euro. Group tours, with specific food pairings, can also be arranged. Contact info@millevertus.be for more information.