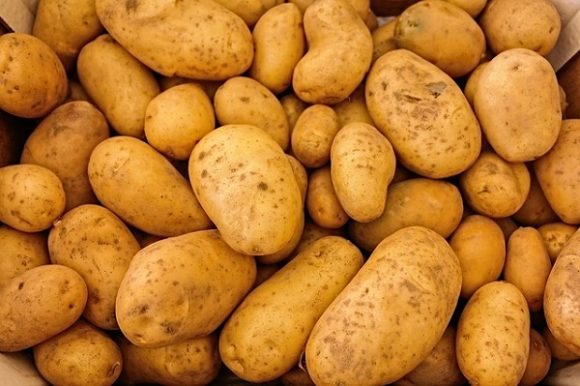 Kartoffeln are King in Germany!

One thing our German friends know how to do is cook a potato. That I know for sure! Being someone who loves to grow, cook and eat spuds, I was excited to write this piece. Just asking my military friends questions about their favorite German potato dish created quite a controversy. It turns out potatoes can be very personal. I, for one, am thankful that our host country takes them so seriously. Here in Germany I haven’t met a tater dish I haven’t liked. 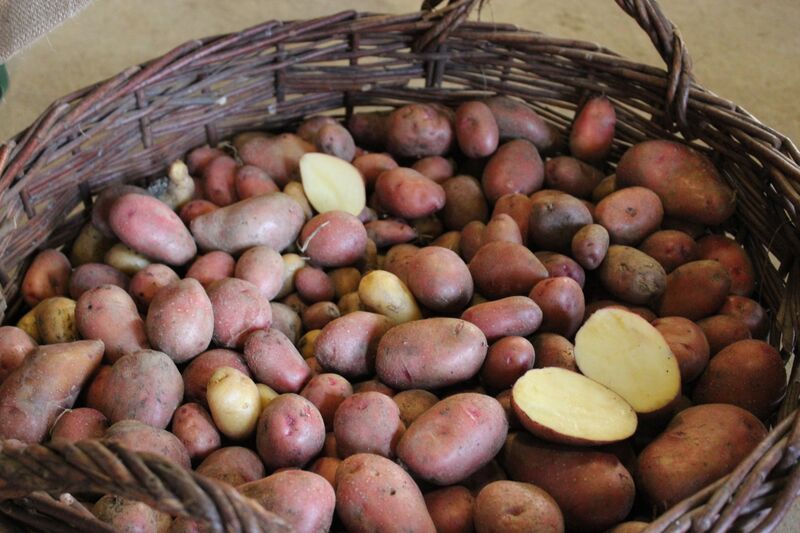 The history of the potato is quite unique. Growing up in America, we learn about the great European potato famine. Being of German and Irish descent, I also know a little bit from my family too.

According to an article online in the Smithsonian Magazine, the potato was brought over to Europe by Spanish explorers to help provide food for the growing European populations. It is believed that Frederick the Great of Prussia summoned his people to grow potatoes around the late 1770’s to protect themselves from famine. 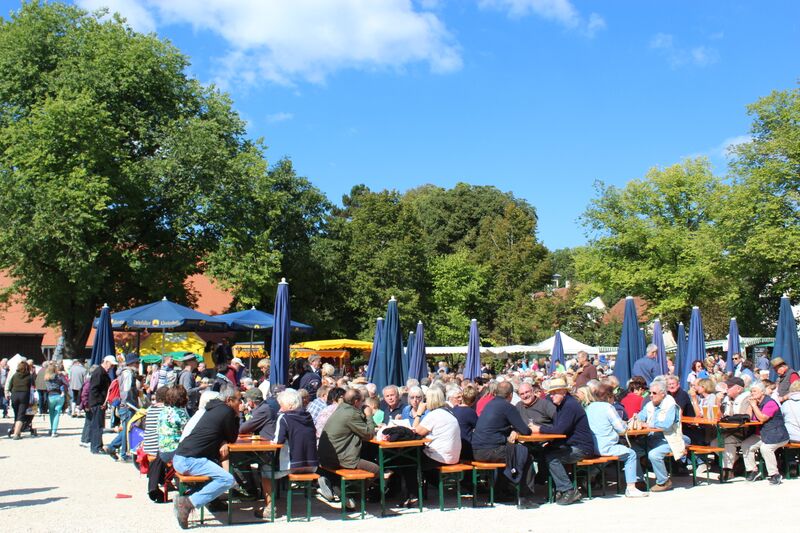 The little of town Sankt Johann in the Swabian Alb hosts its wildly popular annual Karoffelfest or “Potato Fest.” Mark your calendar this year for September 7 from 10 a.m.- 6 p.m.

Last year when I attended this event, I didn’t know what to expect. Being a potato lover and a fest lover, I had a ball! The fest not only had delicious food, it also was educational and fun. This fest had activities for children including tree climbing and scooter racing, making me wish I was a few years younger. 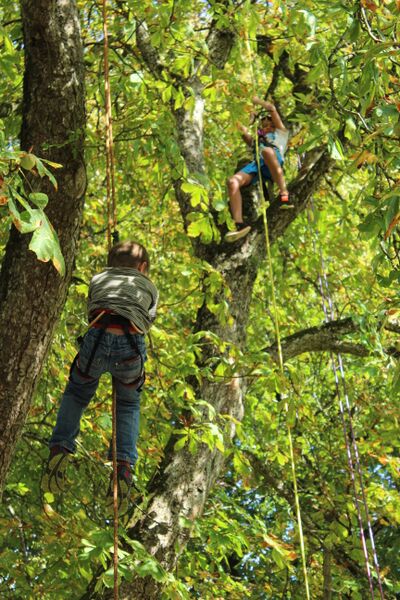 Most fall fests in Swabia have similar tantalizing potato specialties in which we have all come to love. My kid’s favorite is the freshly fried potato chips with different sauces. Of course, for me, it wasn’t too shabby to pair them with a Hefewiezen (a beer). 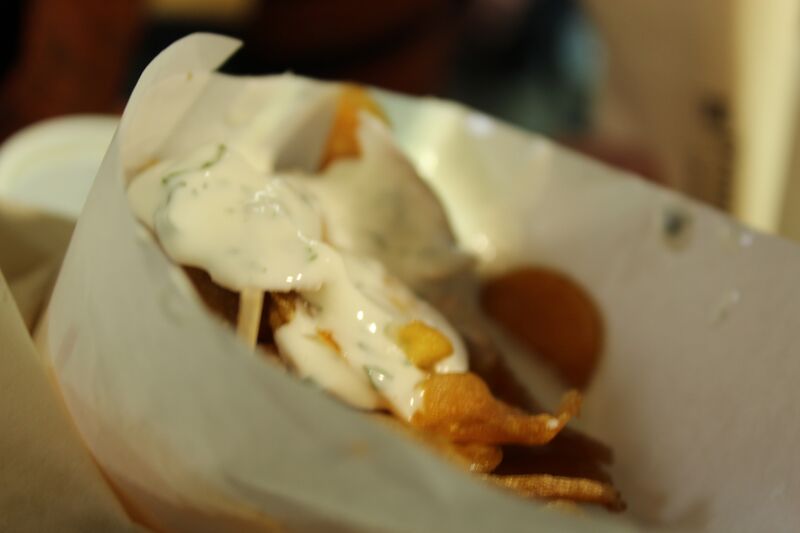 Special notes for the fest in Sankt Johann. Don’t forget to punch in your GPS directions for Sankt Johann in Baden-Württemberg or you will end up four hours north of here. To get there you will climb up a Swabian Alb hilltop to reach the town and farm. Also expect to park in a cornfield for this event and make sure to arrive early. We got there right at the 10 a.m. opening and two hours later it was already packed. St. Johann Fest takes place during the week. Making this tough for us to attend with school age children, we made our outing a “Ladies Day Out.”

Sankt Johann, Baden-Württemberg  is less than an hour drive from Stuttgart. On the way back we were able to stop in Bad Urach for cake and coffee and still make it back in time for the school bus. 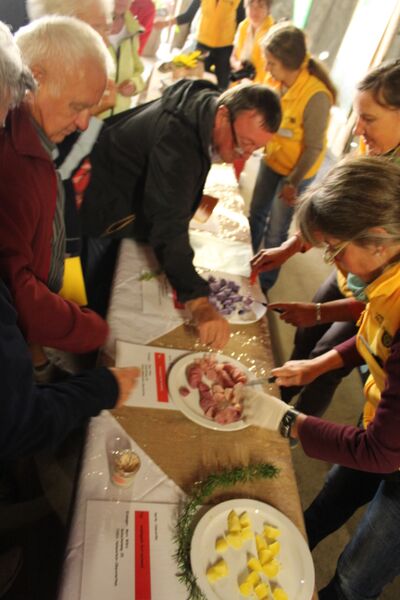 What I Have Learned at Cooking Classes

Last year I took a few Swabian cooking classes, and they were a blast! Not only did I learn about Swabian culture and famous Gerichte (dishes), I also made some great friends. One of the most valuable lessons I learned is that there is a potato for every dish. 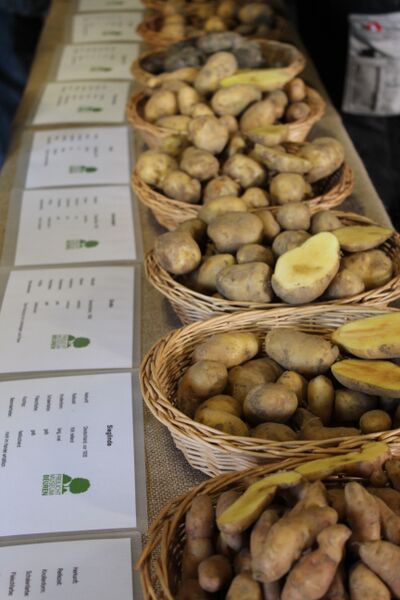 Pommes Frites or French Fries require a sturdy potato whereas potato salads and fried potatoes require a spud of a different kind. Our German friends know the difference and know why a starchy potato is better than a creamy one, depending on the recipe. This could be one of the reasons the potato dishes are so lecker (delicious).

After doing some research, I found out German potato salad is as regional as ours is in the states. Some are made with a vinegar base, mustard or maybe mayonnaise. Swabian potato salad has a little vinegar, some mustard and spices. If you order a Gemuse or  Grünen (green) salad at a German restaurant in Swabia, you can usually find a little potato salad tucked under the green leaves.

Another favorite of mine is potato pancakes (Pfannkuchen). This specialty is usually served at fall fests in Germany and can be accompanied with a cream sauce or Apfelmus (apple sauce.) Since apples are in season, this is a perfect time to try them out.

So at your next fest (which could be this weekend) or at a restaurant, go ahead and give those potatoes, spuds, Murphy’s, goobers or taters a try. Guten Appetit!