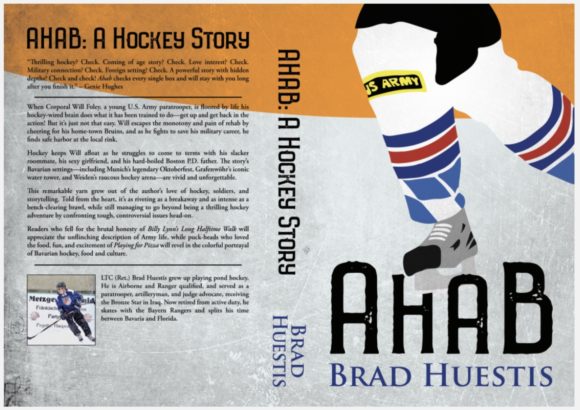 In “Ahab” Corporal Will Foley, a young U.S. Army paratrooper stationed in Grafenwoehr, loses his foot in an ill-fated jump. While he struggles to come to terms with his slacker roommate, his sexy girlfriend, and his hard-boiled Boston P.D. father, hockey keeps him afloat and a prosthetic foot allows him to skate again. The story’s Bavarian settings—including Munich’s legendary Oktoberfest, Grafenwöhr’s iconic water tower, and Weiden’s raucous hockey arena—are vivid and unforgettable. A must read for anyone who has served in Bavaria.