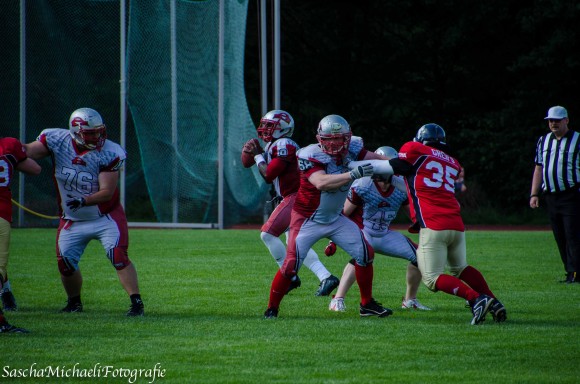 American Football – Made in K-Town

If you are missing your regular fix of American Football (as opposed to European Soccer) then check out the local team,  the Kaiserslautern Pikes.

On Saturday, 14 June, the Kaiserslautern Pikes host the Albershausen Crusaders at the Schulzentrum Süd, Kaiserslautern. Kick-off of the top game in the Regionalliga Mitte (American Football) will be at 15:30. After a close first leg defeat the Pikes are looking for revenge.

Two weeks ago at their first home game the pikes played well. After the final whistle the Pikes had shut out the Badener Greifs 45-0 in front of about 700 people. With two victories and one defeat the Pikes are still in the race for a promotion to the German Football 2nd League. Therefore a win against Albershausen is essential. “We are eager to bring the Crusaders their first loss,” said head coach Stefan Heiler. “But therefore we still need to improve.”

After a bye week the Pikes are well prepared and well rested to take the lead of the league.

As usual food and drinks will be provided and the cheerleading squad will perform. Tickets are available for 4€. Kids under 14 are free.

Here’s the schedule for the rest of the season: 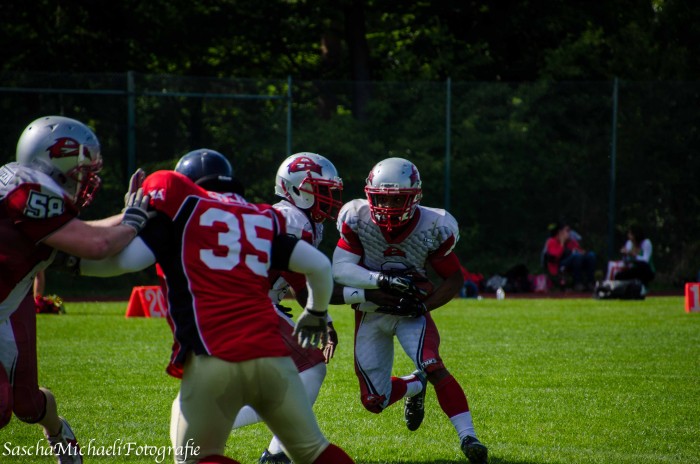