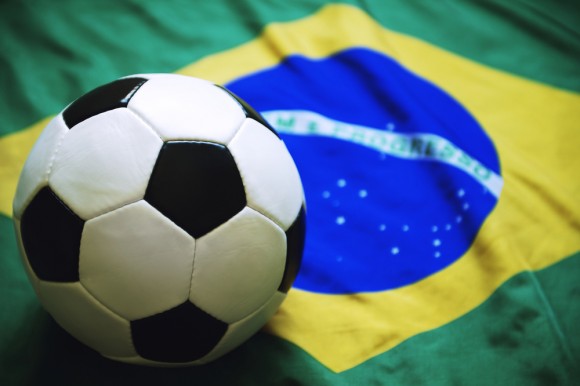 Why Watch the World Cup This Summer?

Soccer is the most popular sport in the world with the exception of in America. But now that you are living in Europe and Football (to use its name outside of the USA) is certainly the most popular sport in Germany, so you might want to learn about “The Beautiful Game”. After all, with the FIFA World Cup 2014 about to start… it’s the biggest event happening this summer and so you might as well join the fun!

What is The World Cup?

Held every four years, the FIFA World Cup is a five-week football tournament including 32 nations. Each participating nation pre-qualified for the tournament by playing several matches over the last two years, with the exception of host nation, Brazil, who automatically qualify for putting on the whole tournament.

Soccer to you. In a nutshell, it’s a game of two halves (90 mins in total) of 22 men (11 per side) kicking a ball around a grass field, trying to put the ball between the opposition’s goal posts. There are additional rules to consider like ‘offside’ (where two opposition players must be between the player with the ball and the goal) and pretty much any part of the body can be used except arms & hands to move the ball along (unless you are the goal keeper, when using your hands is a considered essential).

If after 90 minutes in a final game there is no victor, an additional 30 mins of “sudden death” is played. If no team scores then the game moves into penalty kicks – with each player taking a shot at goal to try to score. Though heart-breaking for the players, this is secretly nail-biting stuff for spectators!

When Does it Start?

Tonight! First game is host nation, Brazil vs. Croatia. Two teams that are both rated very well so expect fireworks, but you can probably bank on Brazil for the win.

How Does it Work? 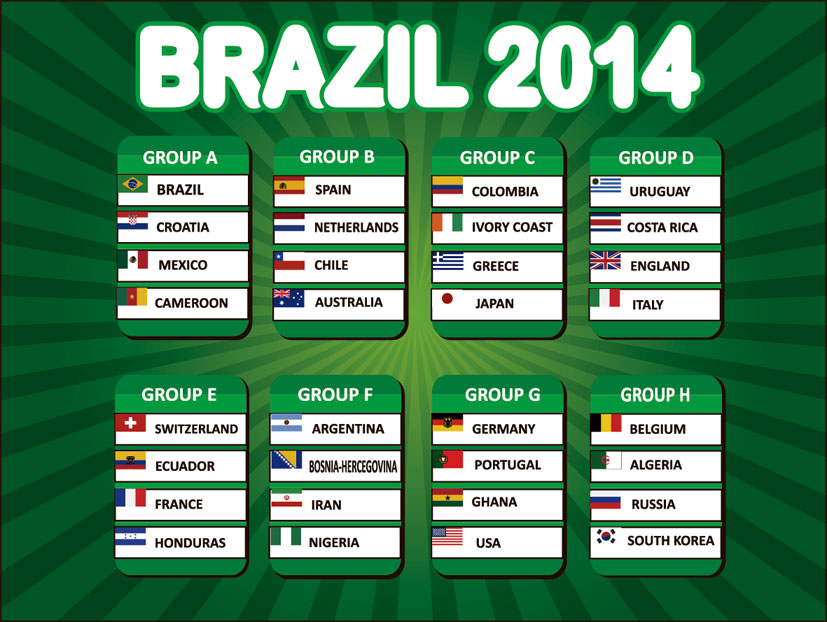 Rather excitingly, both Germany and the USA are in the same Group (G) so will be playing each other on Thursday 26th June.

The winners of the second stage then go on to play in quarter finals, semi-finals and final and a game to decide third and fourth places.

Why Does it Matter?

Ummmm, because you can’t avoid it. The World Cup is the world’s biggest sporting event bar none (and that includes the Superbowl, sorry). Over a billion people watched the 2010 World Cup Final in South Africa, where Spain beat Holland 1-0. Can a billion people really be wrong?

Plus, your current host nation (Germany) is playing the USA on 26th June in the group stages. The coach for the United States national soccer team is non-other than former Germany and Bayern Munich coach, Jurgen Klinsmann. He’s a bit of a legend in Germany so take full advantage of his status and feel the love.

Well that’s the big debate, but host nation Brazil are certainly one of the favourites and if they do win, as they have in five of the previous World Cup tournaments, the streets of Rio and Sao Paulo will be bathed in yellow and green as Brazilian fans flood the streets dancing, shouting, singing and celebrating, while cars drive by honking their horns and blaring celebratory music. It’s probably worth backing them for the spectacle.

Brazil, Germany, Argentina and Spain are all tipped to reach the semifinals and battle it out for the top spot. Sadly USA aren’t likely to make it this far, but you can always switch your allegiance to stay motivated to watch the final stages. 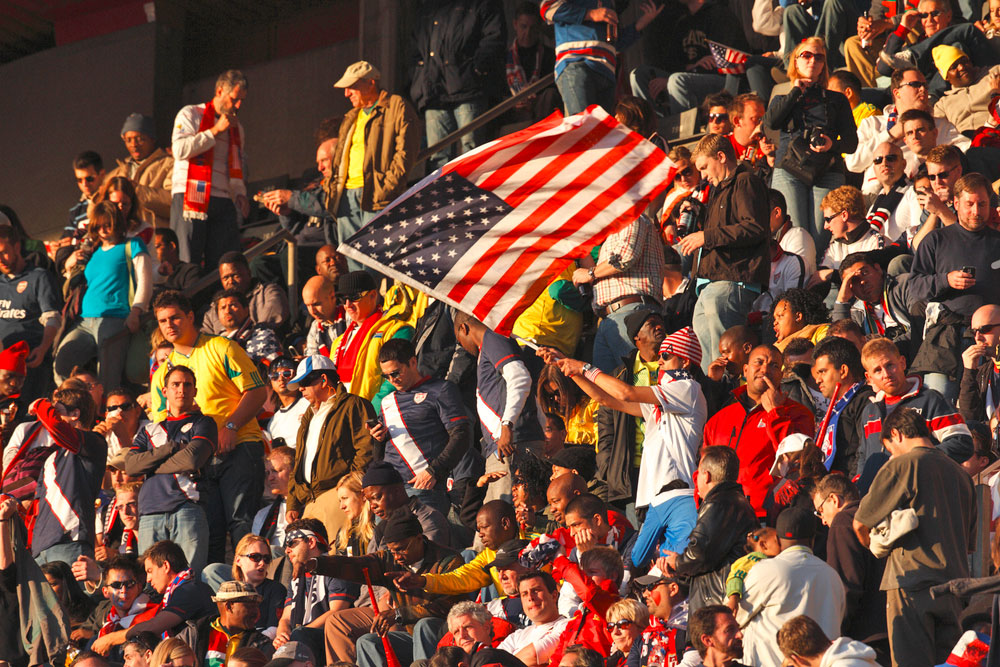 Well, this is the great news. It’s everywhere! Not only can you watch the game in various pubs and bars, but Germany puts on many ‘Public Viewing’ areas where large screens are positioned in public squares and stadiums around the country. Watching the game with hundreds or thousands of other spectators is really the best way to experience the sport and what it means to the fans.

Here’s our top tips of where to watch the games near you:

Like most sports, trash talk is all part of the fun, but emotions can run pretty high once we move further into the tournament. Be a little sensitive to the mood of your surroundings and aware that your idea of trash talk might be a little offensive to someone else. Equally, try to take jaunts and jibes from other people as just part of the fun of riling from opposition fans. Generally you will find the mood in pubs and bars is light-hearted and good fun, but after a few drinks feelings of national pride can sometimes get a little heightened.

The World Cup games show the world that countries can challenge each other in the fiercest of competitions, yet after the 90 minutes are up, the two national teams can come together and shake hands in mutual respect. For the fans too – they will be fiercely competitive whilst watching the game, yet hugging each other with tears of joy or misery at the end.

A former British coach once said, “Football’s not a matter of life and death … it’s more important than that.” Emotion is everywhere during the world cup. Go and get amongst it!