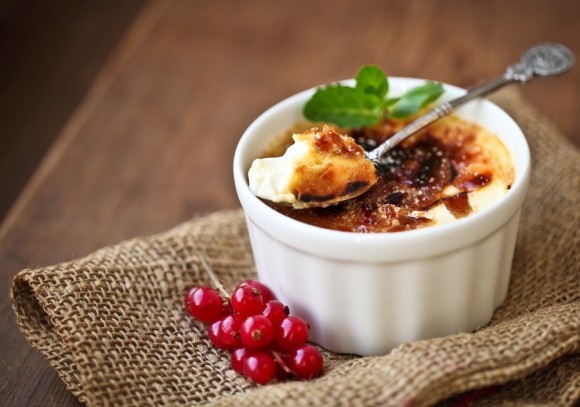 A starter, a main dish and a dessert… this is what a traditional French meal looks like. But which are the most traditional French desserts? Well, it all depends on the region. Alsace and Lorraine have the kugelhopf, the wine cakes and the rum baba; Provence boasts its calissons, while Brittany will spoil you with pancakes (both sweet and salty) and “quatre-quarts” (pound cake). However, there are a number of traditional desserts for the whole French territory such as the Yule log, the floating island (eggs in snow), the world-famous crème brûlée and many others. 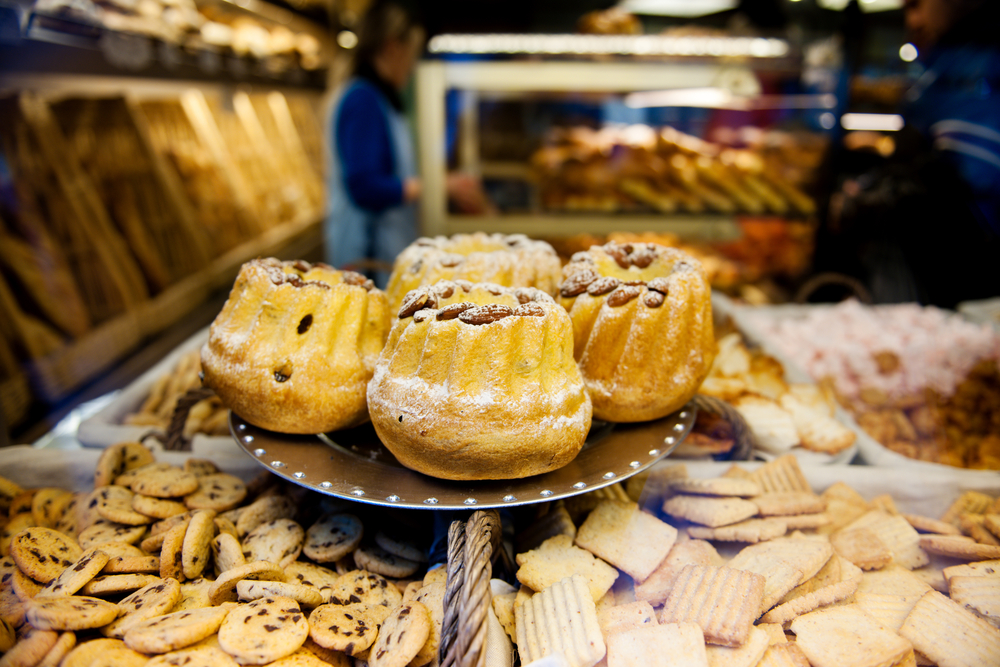 A yeast cake of Austrian origin, the kugelhopf, is a sort of brioche (a highly enriched bread), usually made with raisins. The recipe was introduced to Versailles by Queen Marie Antoinette. In Alsace, this crown-molded marble cake has become a traditional delicacy to be savored on Sunday morning at breakfast.

Resembling the kugelhopf, the rum baba has been brought from Poland by the exiled king Stanislas. As the name says it, it is saturated in rum and filled with whipped cream.

Another traditional dessert whose recipe is partially betrayed by the name, the “quatre-quarts” (literally four quarters) is an easy-to-make pound cake. The measure is given by the amount of eggs, to which the same number of spoonfuls of sugar, flour and butter are added.

This delicious dessert made of almonds and candied fruit is a great gourmet specialty of Aix-en-Provence. Some claim its origins go back to medieval Italy, while other versions state it appeared in its modern form in 1473, when it was served at the wedding feast held on the occasion of King Rene de Anjou’s second marriage. 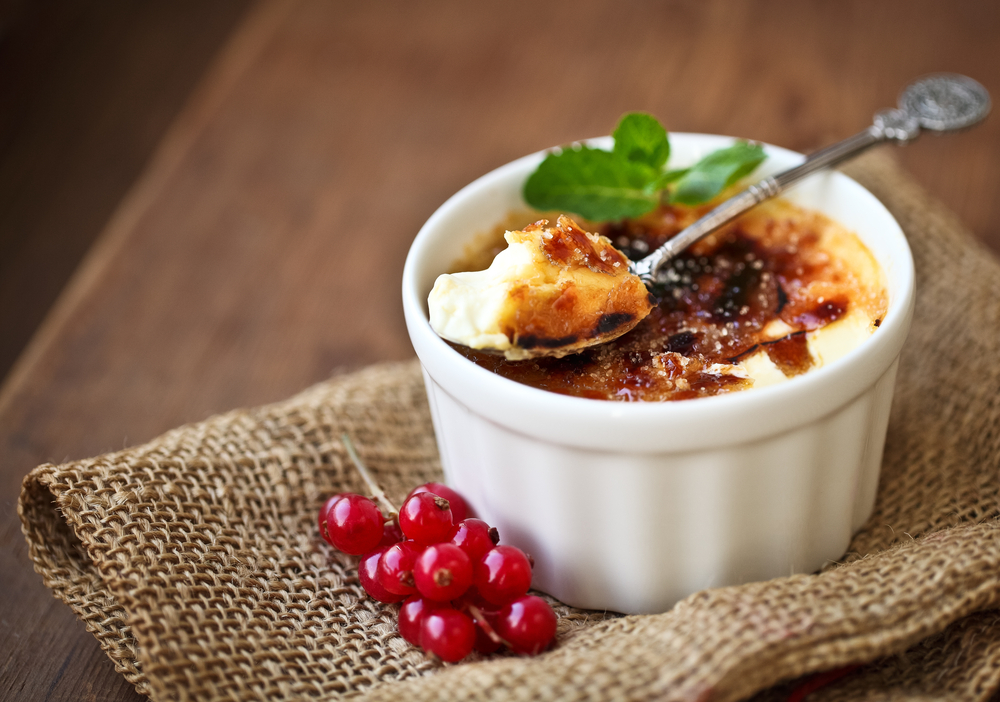 This delicious dessert, normally served at room temperature, consists of a rich custard base and a layer of hard caramel. The custard can be flavored with vanilla, lemon, orange, chocolate, Amaretto, and others flavors. It first appeared in François Massialot‘s 1691 cookbook.

A traditional Christmas cake in all of France, the Yule log (bûche de Noel) dates back to the 17th century. Its origins lie in the custom of burning an enormous log of wood called Yule log on Christmas Eve. Although this tradition disappeared in the 19th century when the cast iron stoves appeared to replace traditional fireplaces, the Yule log remained on the festive tables in the form of a delicious chocolate cake.

The Floating Island (also known as eggs in snow)

This French dessert consists of meringue floating on crème anglaise (a vanilla custard). The floating island is a very light dessert made of whipped egg whites, sugar and vanilla extract then quickly poached. Egg yolks, vanilla, and hot milk are briefly cooked to make the crème anglaise. The decoration may also consist of flaked and toasted almonds, pralines or lemon zest.

These are just a few examples of traditional French desserts. The exquisite cuisine of the wine country has been the subject of numerous books, TV shows and magazine articles. Besides many other delicious dishes, desserts are a good reason to visit a French restaurant or, even better, take a short trip to France and taste the original for yourselves – living in the heart of Europe has many advantages!

Author Profile:
Mihaela Schwartz is a professional content writer, a foodie and a jewelry artisan. She spends her days crafting articles for the web and her weekends cooking and designing wonderful pieces of jewelry. You can admire some of her work at Forever Handmade.