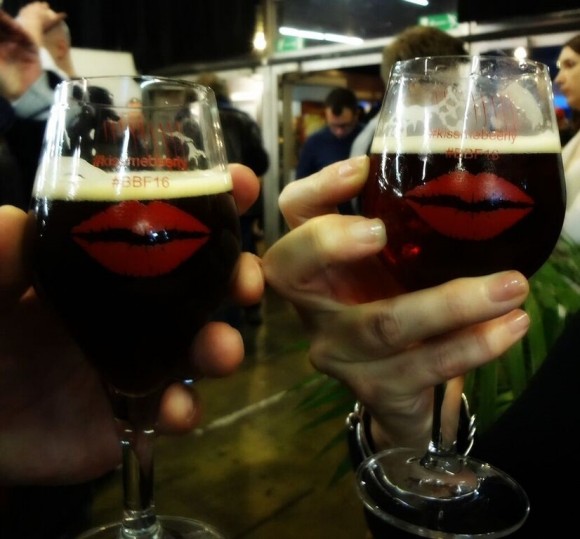 The Place to Beer

Living in Germany would not be complete without a visit to neighboring Belgium, especially when that particular neighbor is hosting a beer fest entitled “The Place to Beer”.

Last week I accompanied my husband on a trip to Belgium, providing that he would stay until Saturday and take me to the 9th Annual Belgium Beer Festival.  Let’s just say…I did not have to twist his arm. This beer fest boasts participation by 82 breweries with more than 300 Belgian beers to taste. 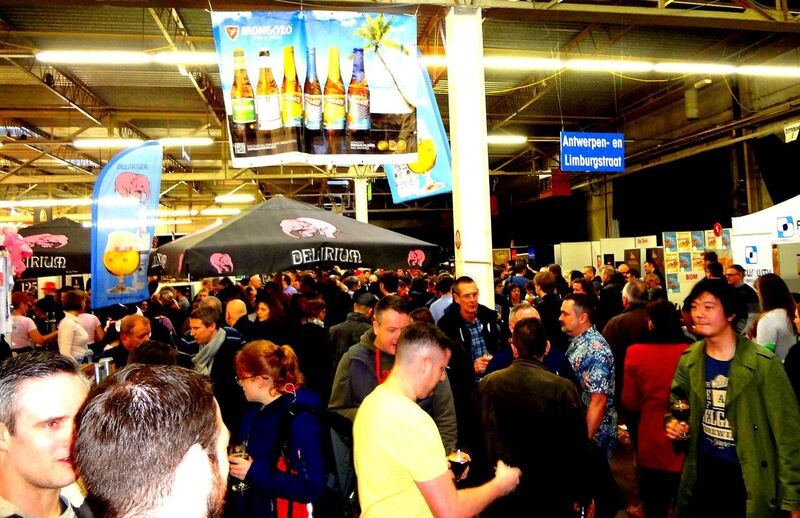 Initially, this fest was located on the main market square in old historic Bruges, but now it is in a much larger Beurshalle (exhibition hall) in Central Bruges. 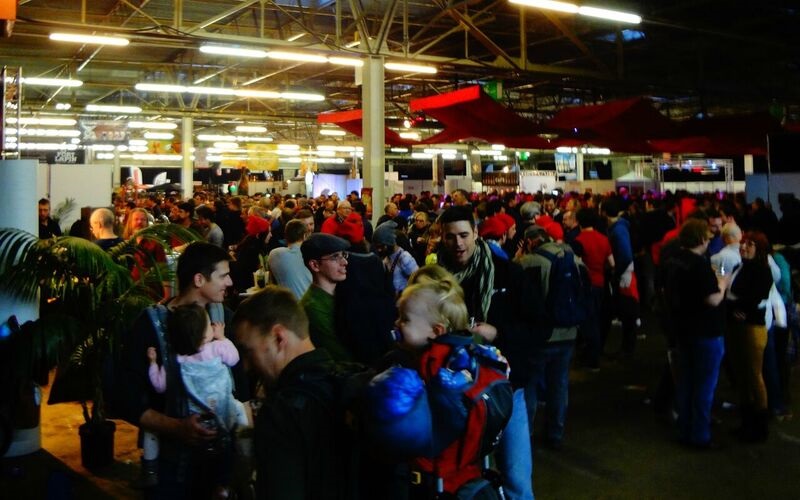 According to their literature, this is one of the few (if not the only) beer fests in the world where all seven Belgian & Dutch Trappist beers are available, including the elusive Westvleteren.

Since we were driving from Mons, Belgium, this was a quick two-hour drive for us.  We drove straight to the hotel for check-in. Our hotel, Hans Memling was under construction, which is always frustrating if you have no advance warning.  However, the staff was very friendly and apologetic, and we pretty much had the place to ourselves.

We were within walking distance of the Belfry of Bruges ~ which is also known as the bell tower in the historical center. 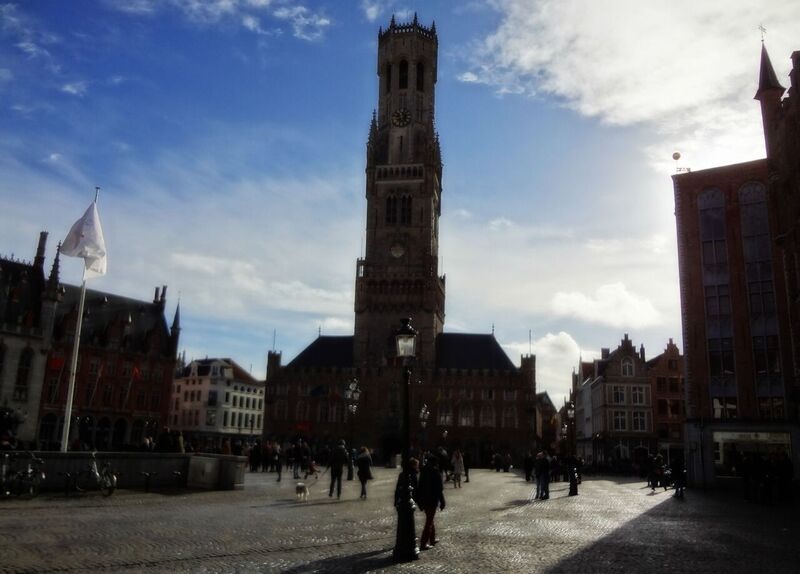 A steep, narrow staircase of 366 steps leads to the top of the building.  That bit of information and the line forming at the bottom of the steps led me to make an executive decision.  We walked away. 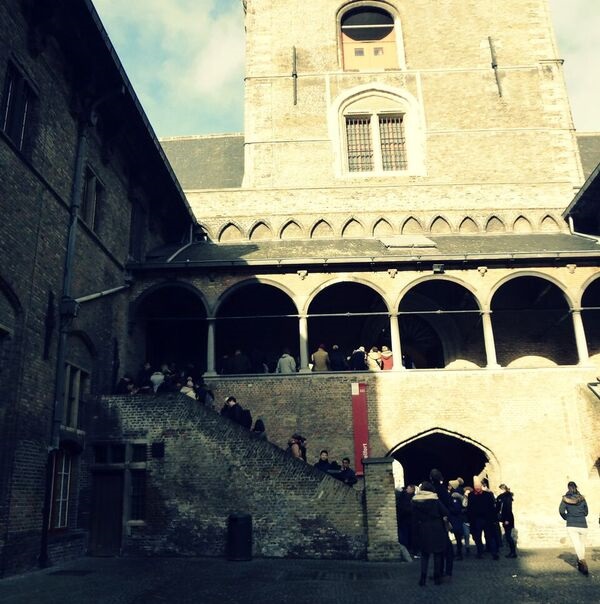 Now, back to the beer! 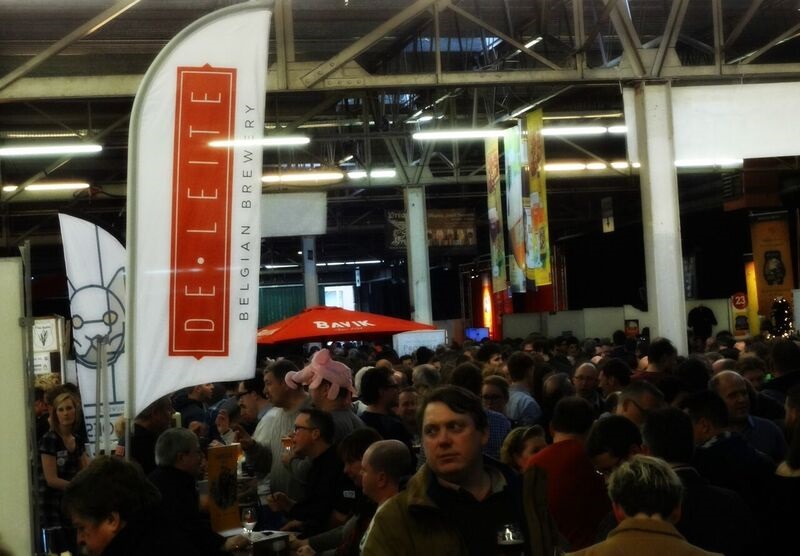 I have never been to a beer tasting. Except the one on base, which is good, but this was about 100 times bigger. Well, maybe not 100 times but you get the idea. It was A LOT of people. 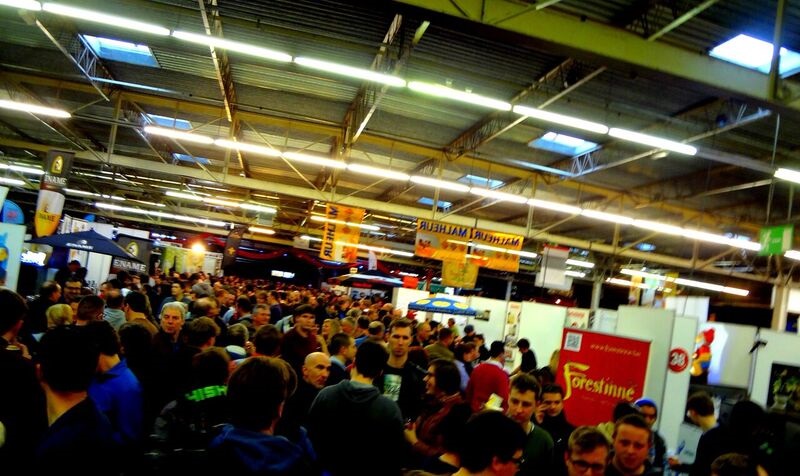 There is no entrance fee to the fest, but you do have to purchase a tasting glass along with tokens. We paid 20 € for two glasses and eight tokens. Each “tasting” is one token. 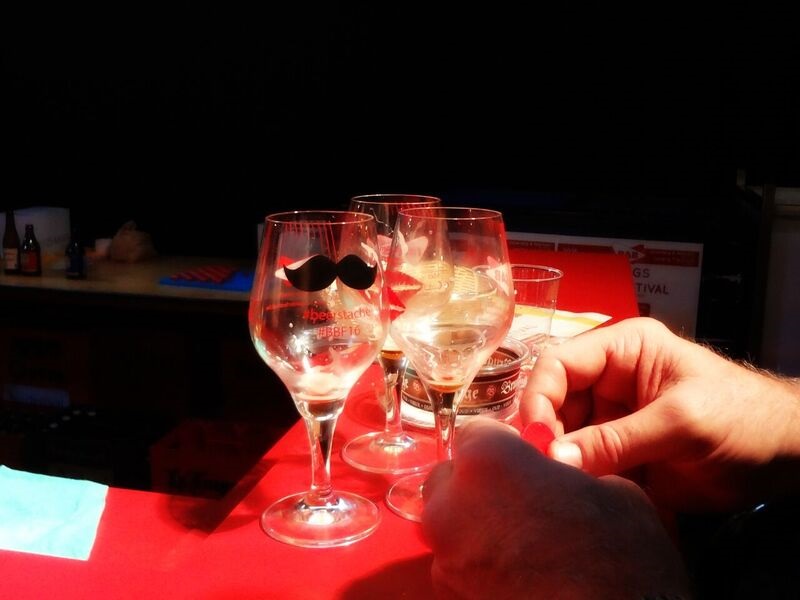 Having previously worked as a wine rep, I have worked many wine tastings.  I learned to pour just enough to taste. This was not the case. Beer drinkers are much more serious!

We used all eight tokens and purchased four more for 1.50 € each. Even though I am more of a vino girl, I did find some Belgian beers that I really enjoyed. Ironically, my favorite was a blend of Italian wine and Belgian beer.  Sounds weird I know, but it is 15% alcohol.  It is from the White Pony Microbrewery. It’s labeled the “Strongest Than Ever” and sports a nuclear logo. 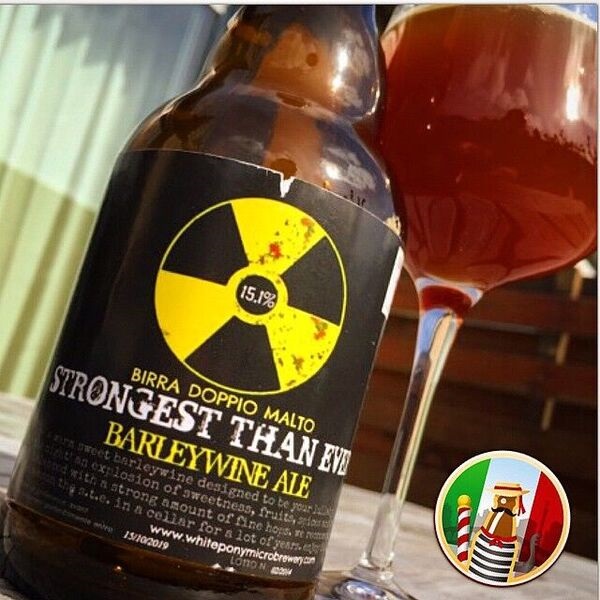 We made our way through the entire exhibit in a couple of hours, had some lunch, and then re-visited our favorites. As expected, towards the end of the evening, the crowd became livelier. 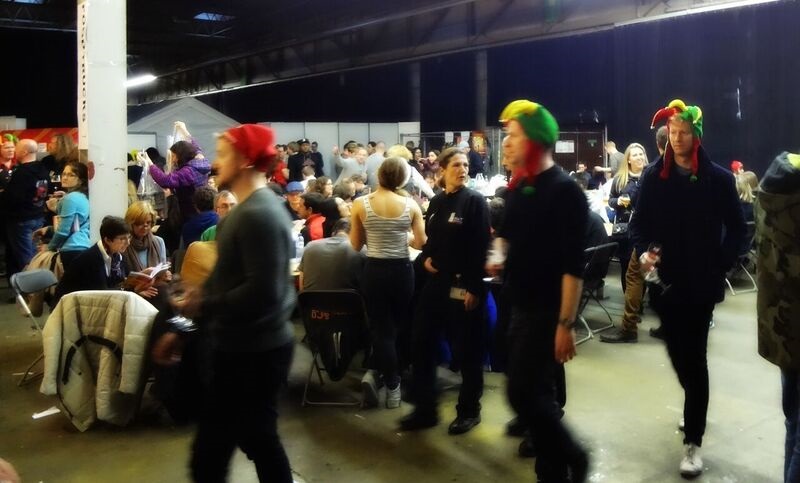 I did notice almost as much English spoken as any other language, which means Americans were well represented. A friend of ours from Ramstein actually met us there. He took the RTT day trip which I think is an excellent idea if you aren’t planning to stay for the full weekend, but still want to experience a taste of Belgium. You can purchase beer at the fest or at some of the nearby breweries or beer shops.

Since this is an annual event and it happens on the first weekend in February, go ahead and mark your calendar for February 2017.  You can thank me later. 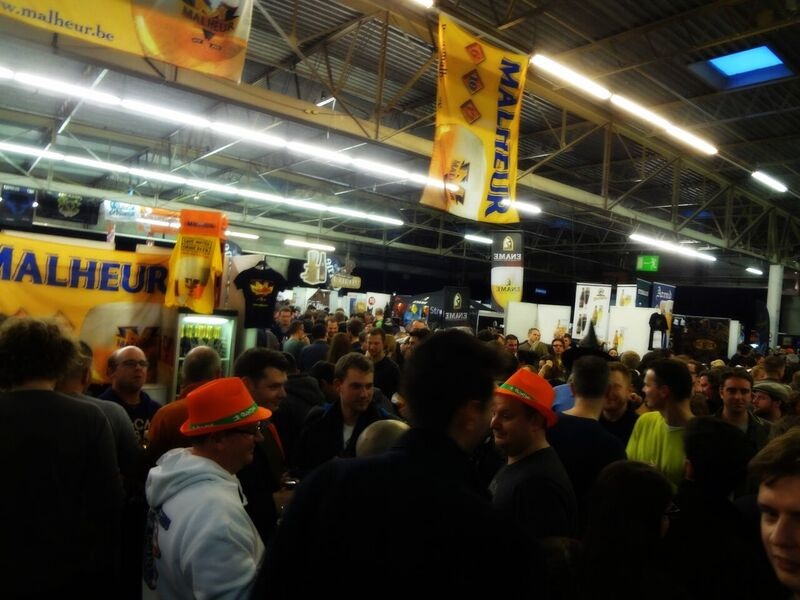 There are ICE trains available from Kaiserslautern and Wiesbaden.  Check DB Bahn for schedules and prices.

Author’s Profile: Cheryl Koller is a native of Georgia.  She is a DOD spouse, mom of 4 daughters (2 adults, 2 teens), thrill-seeker, avid traveler, and lover of food and wine.  She is a self-proclaimed Freedom-Preneur and Blogger currently living in Ramstein with her family.