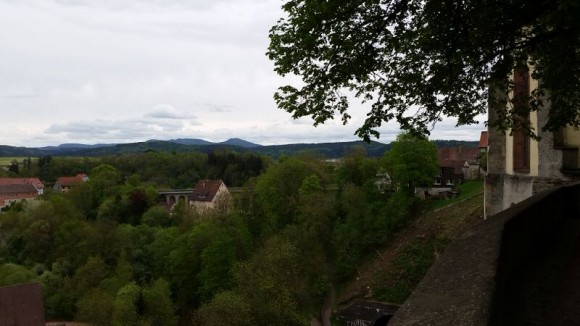 The Historic City of Rottweil

The first time I visited Rottweil was last February for Fastnacht (Fasching event), and it was unforgettable to see the historical parade and celebration. The costumes and traditions were unlike any other I’ve ever seen. Instantly, I knew I would make another trip to this gorgeous town. 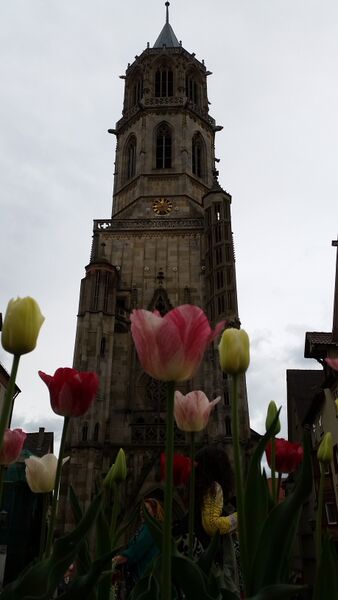 Luckily my friend Sigi, who grew up cavorting through this ancient Roman city, gave us a tour of this once metropolitan crossroads for the Empire. During this tour we learned about Roman legions, trade routes, and of course the legendary dog. We visited Rottweil on a Saturday this spring in which we were able to go to the city’s amazing Wochenenden Markt (Weekend Market). Rottweil has a plethora of sites to see and things to do any time of year. 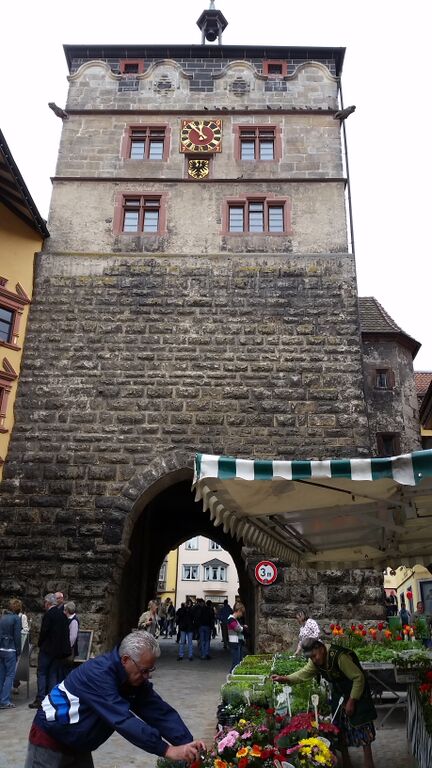 Rottweil dates back to 73 A.D. when the Romans built a military settlement here and recognized as the oldest Stadt (city) in Baden-Württemberg. As we strolled along the streets, we came to a Roman bath area that was once the foundation of one of the two Roman legions stationed here. Additionally, throughout its history Rottweil has enjoyed a friendly alliance with Switzerland, in which the Swiss Alps can also be seen from the top of the Dark Tower. 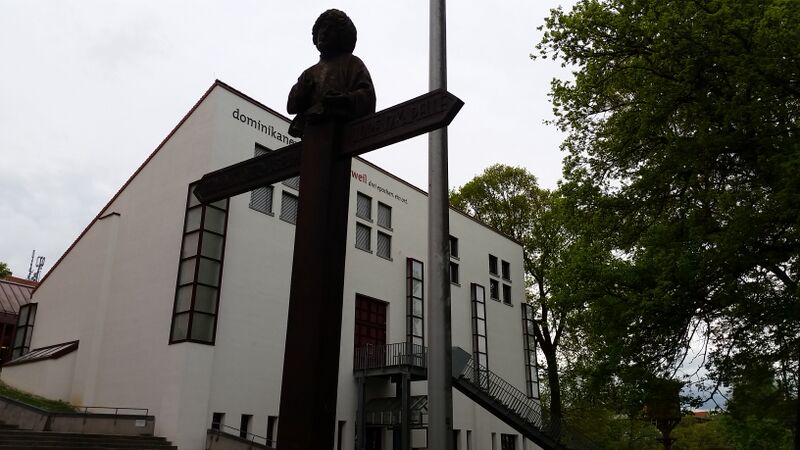 There are numerous of museums throughout the city. One of Sigi’s favorites is The Dominican Museum, which was very easy to find and has an unparalleled historical Roman Empire exhibition. 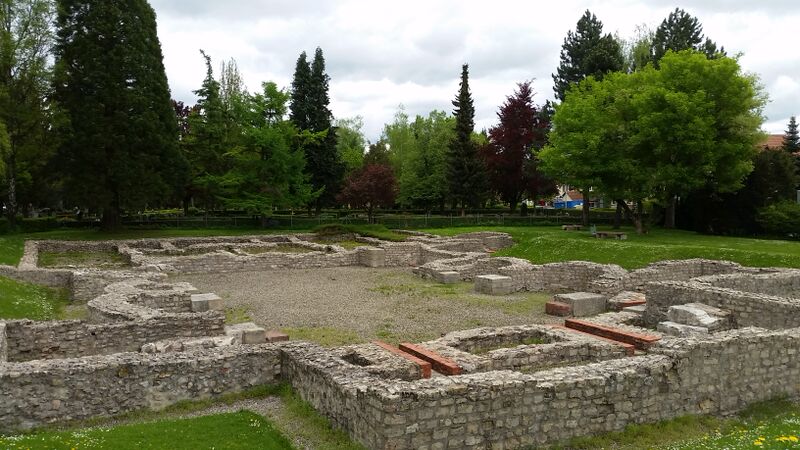 During the enlarging of the town’s cemetery in 1967, one of the oldest Roman baths in Baden-Württemberg was stumbled upon. Ceasing expansion, the town made this area into a museum that is spectacular to see.

For the Music Lovers 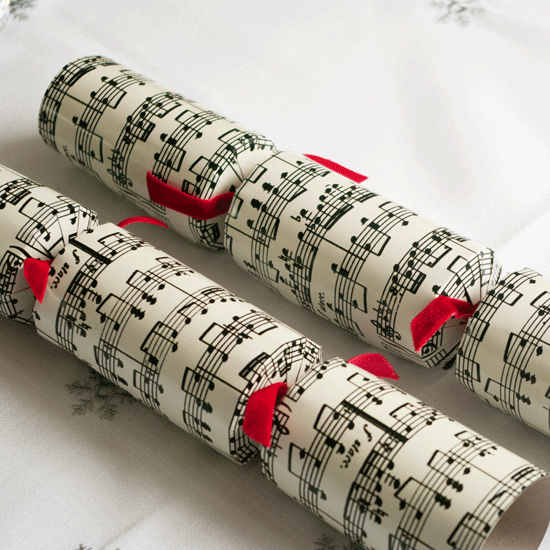 If you love classical music or jazz, Rottweil hosts a Jazz Fest every spring (that we just missed)  and Summer Concert Series through July and August.

Going to the Dogs? 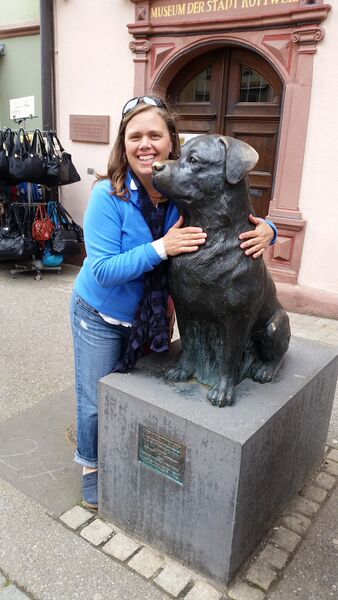 I would be remiss if I wrote a blog about Rottweil and didn’t include a piece about their legendary dogs. During June 5-7, the town hosted the International Grand Prix Dog Show. Known as the German butcher dog, Rottweilers were specifically bred to help drive cattle to market then later they pulled the carts for the farmers. 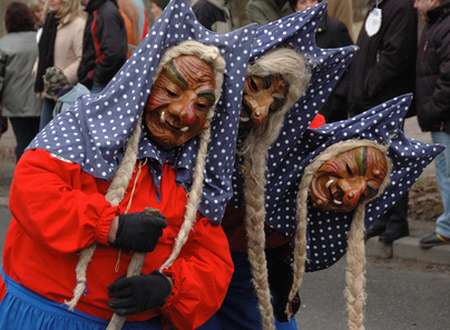 Every two years Rottweiler citizens celebrate a Stadtfest. This year on September 12-13, the city will come together for music, folklore, clowning, juggling and of course fest foods to delight any visitor.

If you missed February’s Fastnet, be sure you don’t miss it next year. I was fortunate to be there for Monday’s spectacular parade. 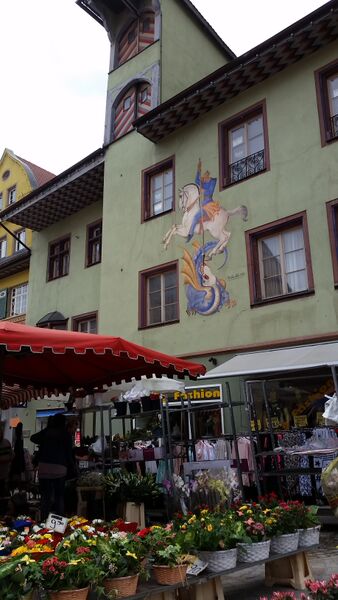 Rottweil is a short trip from Stuttgart with hardly any traffic. It took us just under 1 hour and 15 minutes. The beautiful jaunt with views of this part of the Black Forest region of Baden-Wurttemberg makes Rottweil a keeper. Sigi was a great tour guide and we had lots of fun. I missed the tour of the brewery, Hirschbraeu, the smallest commercial brewery in Germany, though so it’ll have to be a re-do.