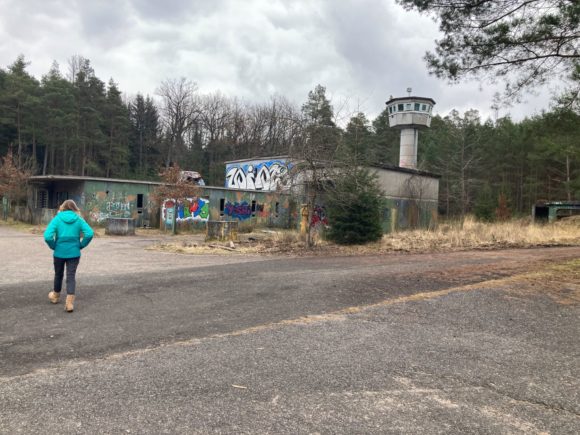 Exploring the Grim Nuclear Bunkers of Area One

Roughly an hour south of Kaiserslautern is a fascinating remnant of the Cold War era. What had been a special weapons depot is now a site preserved in time.

“Area 1” as it is now called was a 42 acre secure internally-fenced area within the former Fischbach Ordnance Depot. The depot stored multiple types of missiles in roughly 96 bunkers. But it was the storage of nuclear weapons inside the special Area 1 bunkers that make it worth visiting this haunting place.

Building the Fischbach Ordnance Depot began in 1956 after the location had been seized by the American government the year prior. It was quickly expanded and kept heavily guarded and secretive. The administrative part of the base was quite small but eventually included billeting, dining, a club, PX and commissary, bookstore, barber, theater, and bowling alley. This former part of the depot is now an industrial park (Gewerbepark Fischbach).

The depot was not huge, at roughly 2.5 square miles. But, it was complex with 44km of paved roadway, nearly 20 miles of fencing, and 90 miles of barbed wire crisscrossing the multiple secure storage areas. The North Area and South Area were used for storing conventional weaponry and parts, Area 2 was a training space, while Area 3 and Area 1 were for special weapons storage. 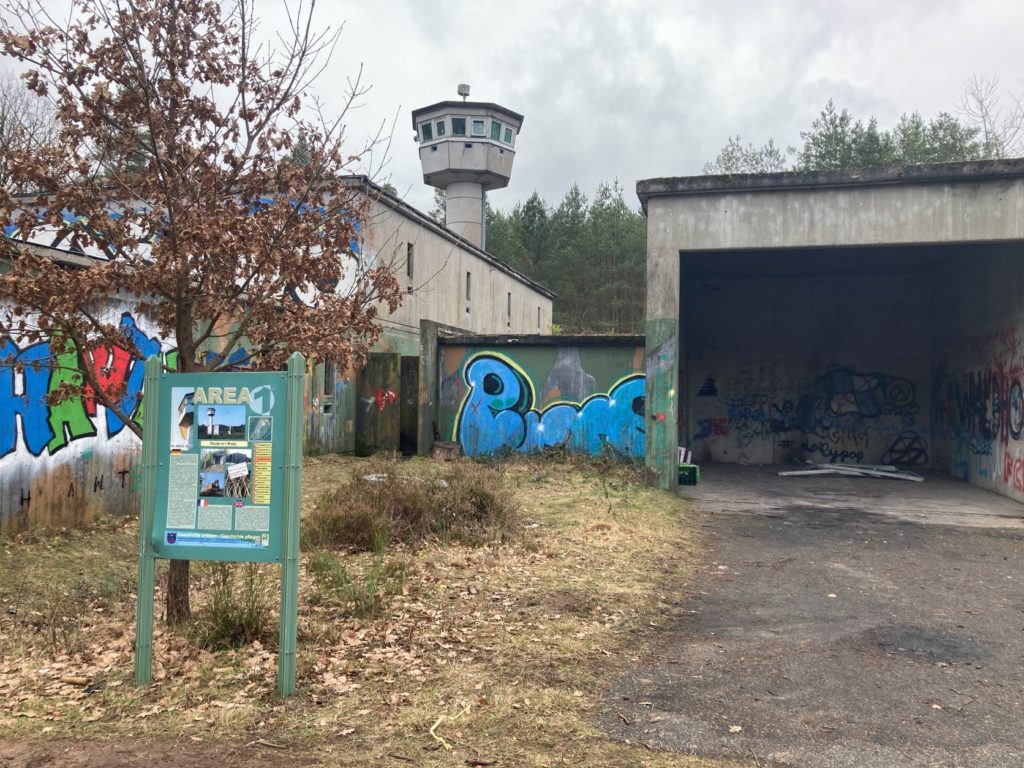 The watchtower is the most striking landmark in Area 1. Its ghostly shape still watches the now-abandoned depot. Graffiti covers the old security building at the base of the tower and weeds grow through the old turnstile entrance. The apocalyptic feel is a heavy reminder of what was stored here.

Wandering around the rooms, we found the remnants of a metal military-issue desk still standing guard atop the 1980s linoleum. Doors still hang on their rusty hinges, and stairs still lead to empty offices on the second level. The old white and blue paint scheme can still be seen on many of the brick interior walls, though graffiti also covers a lot. 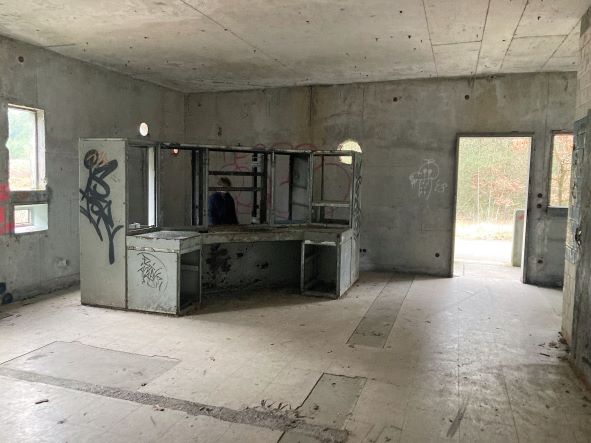 In 1977, a renewed building campaign upgraded security of the different weapons areas. This was part of a NATO Long-Range Security Program throughout Europe. At Fischbach Depot, this included a high-security upgrade in Area 1. There was a new triple-depth fence, motion detectors, 24-hour illumination, modern expensive locks were installed on the bunkers, and six new high-security bunkers were built.

There is a 1.3 km trail around Area 1, with 13 detailed information boards that explain the history and usage. The boards are in both German and English, but the German section is more extensive and worth translating. 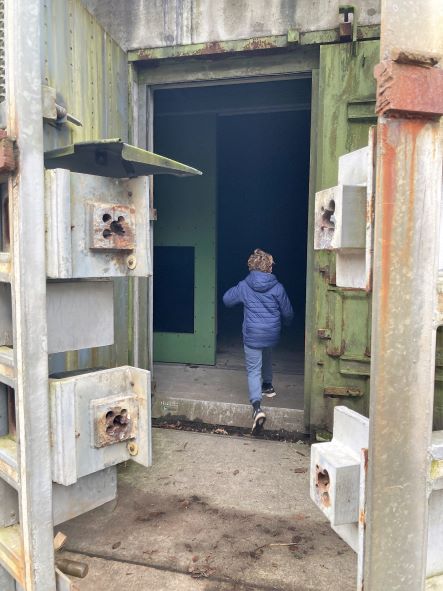 Beyond the security building is a road that loops past the 19 bunkers within Area 1. These were where the nuclear artillery and warheads were stored. Many are open and the upgraded security locks look formidable. There were 3 sets of heavy-duty locking doors, which can still be opened and closed.

The bunkers are made of thickly poured concrete and covered with earth. An antechamber inside the second set of blast doors. Beyond this, a sliding door opens into the dark storage area. It feels powerfully deserted.

Though we had a good laugh when we found one of the bunkers being used as a camper storage lot. What better place to secure your camper until next summer than an old abandoned nuclear artillery bunker? 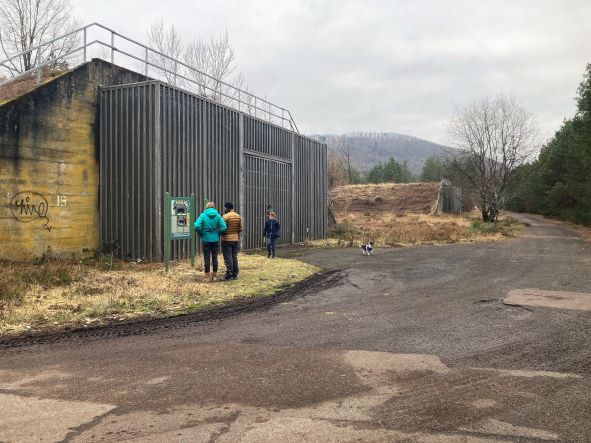 Closure of the Depot

In 1991, the special and nuclear weapons were removed back to the United States as part of Operation Silent Echo. This was part of the Intermediate-Range Nuclear Forces (INF) Treaty of 1987 between the United States and Russia. Both countries had withdrawn from the treaty in 2019.

By 1993 the US had completely pulled out of the Fischbach Army Depot and returned the property to the German government who demolished most of the bunkers, removed miles of fencing, and dismantled towers. The Area 1 portion, however, was preserved.

We finished the loop trail back at the security building with the tower. The spiral stairway into the tower has been dismantled, but a look up into the center of the ghostly cement structure gave me pause. People who are my father’s age closed these doors for the last time thirty years ago; they left around the same time my family also left Germany.

My dad was stationed at Ramstein AB. While I attended Ramstein High School for the last time, the last 55G (nuclear weapon specialist) from the 64th Ordnance Company was closing Fischbach Depot. It has quickly become a creepy remnant of the not-so-distant past. 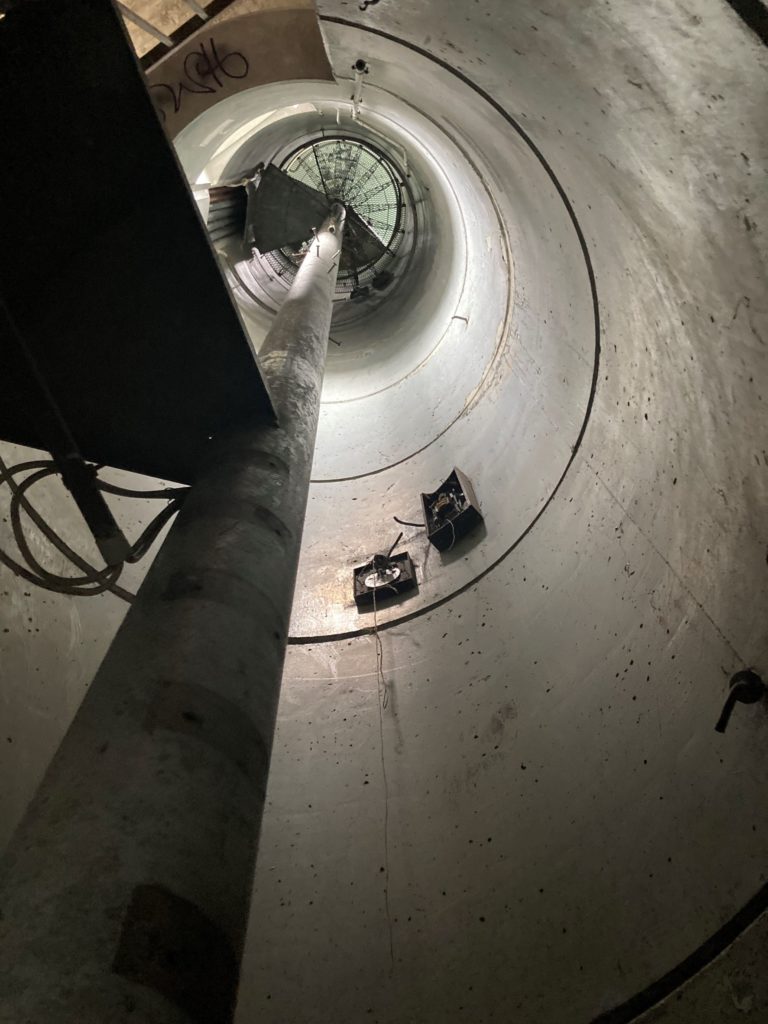 The interest group responsible for maintaining Area 1 as a historical site is called the IG Area 1. In 2012 the team was able to achieve “monument zone” (Denkmalzone) protection for the Area 1 portion of the Fischbach Army Depot. The group works with the forest service to ensure the buildings are preserved.

Area 1 is one hour south of Kaiserslautern just outside the village of Fischbach near the French border. It is freely accessible 24 hours a day within the forest. Parking is in a small dirt lot alongside the road between Ludwigswinkel and the Gewerbepark Fischbach (the former location of the depot amenities).

The depot is also accessible via the 11.2 km Rumberg-steig hiking trail, or the 17km Krieg und Friedentour (War and Peace tour) bike route. 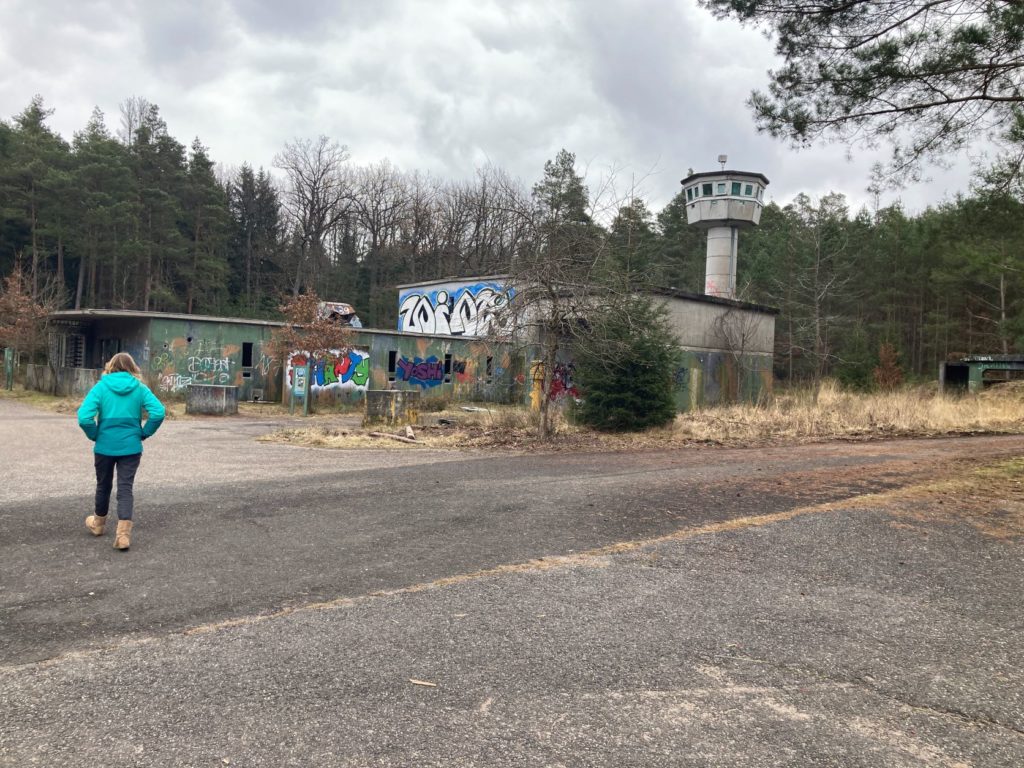