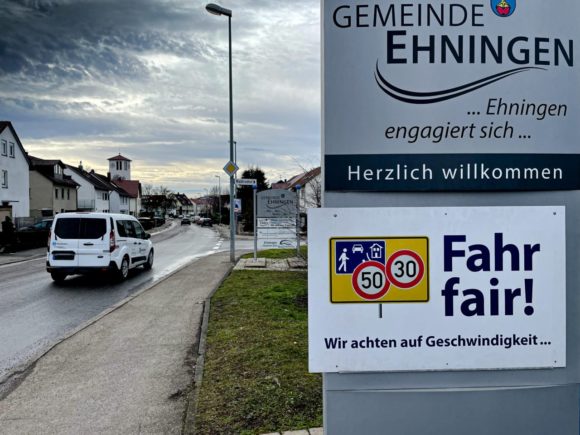 This is the first part of a three-part series that takes a look at what it’s like to live off-post, on-post and in the barracks at U.S. Army Garrison Stuttgart.

An overseas assignment to Germany can produce a bunch of uncertainty for households. Where will we live? Where will our children go to school? What is Germany like? Some may desire to absorb themselves in the local culture, by living in a German town, or village. For others, remaining on post brings the convenience, familiarity and services that they prefer.

Stuttgart’s joint military community comprises around 30,000 people. Similar to the States, the military provides as much on-post accommodation as possible, but many will have to settle off post. The housing areas on Patch Barracks, Kelley Barracks, Robinson Barracks and Panzer Kaserne accommodate just 20 percent of the personnel assigned to USAG Stuttgart. For the other 80 percent of the population, finding accommodations on the economy that fits their family’s needs can be challenging.

Kathryn Brown lives in the quiet town of Ehningen and is the spouse of National Guardsman Patrick, who works with the Joint Headquarters Cyberspace Operations Integrated Planning Element on Patch Barracks. Ehningen is a classic 1950s style German town: small, predominantly made up of residential buildings and lacking in the facilities you might find on post and in larger cities. It has its own train station, providing rapid travel to central Stuttgart, and provides the added benefit of a short commute distance to work. Patch Barracks and Panzer Kaserne are only a 20-minute ride along the A81.

The Browns live in the more contemporary “Buhl’’ area, constructed around fifteen years ago. Their home benefits from a modest backyard, a basement, a garage and a terrace with views over the town. The couple and their three children make up five of the 8,000 people who call Ehningen home.

“We came here intending to stay for about eight months and we’ve been able to extend that time to one year so far,” said Kathryn Brown, who was mandated off-post accommodations because of her husband’s initial short tour. “When we moved to Europe, the biggest motivation we had was to expose our kids to the world and a broader perspective,” Brown said.

While the “American Bubble” of living on post is what some families want, the opportunity to experience a German way of life was a particular desire for the Browns.

“I like living off post a lot. It allows us to participate more in society and experience day-to-day life, not as tourists, but more as expats in a way,” Brown said.

Because of the short duration of their initial assignment, Brown chose homeschooling for her two school-age children to remain flexible for travel. However, COVID reached Europe just two weeks after they arrived in Germany. Initial outdoor block parties with neighbors gave Brown a sense that they were living in an open, lively community, but as the restrictions clamped down, those interactions went away.

Brown’s family tried to share some American culture by throwing a physically-distanced Halloween party. They offered single use, self-serve refreshments and hotdogs for trick-or-treaters and locals. The idea came after looking to create opportunities that would bring the neighborhood together. But with the current restrictions in place, it wasn’t as successful as it could have been.

“I think it is because of COVID, not because of living on, or off post,” Brown said.

Living on the economy has other challenges too, but speaking the local language has helped Brown when grocery shopping or in restaurants, where she handles the ordering of food for the entire family. For everything else, there has been technology.

“Google Translate has aided me in the more intimate conversations with neighbors or doctors,” Brown said. “Most will not need German to do well in Germany, but life is easier if you try to master at least transactional German.”

In contrast to living and going to school on post, Brown’s children have found aspects of living in a German community challenging. They take German classes twice a week, but still struggle with the language barrier, sometimes finding it tough to form friendships with German children in the neighborhood. Brown recalls when her son, who at one point appeared to be making friends with some local youths, later realized they were in fact tricking him by not telling him all the rules to the game and making fun of him.

“I don’t think they were being rude because they were German, it wasn’t anything other than kids being kids,” said Brown, who added that the family remains resolute. “Those local kids will never know what it’s like to be a foreign national. To move to another culture and have no one understand your language, but my kids will know what that’s like and they will never forget it and it will make them better.”

She added that these are the kinds of challenges that one must expect to overcome when living in a foreign country. Safety is another common concern, both on and off post, and it is not always crime-related. There can be an inherent danger in not understanding cultural, or societal norms, such as using a road crossing, especially as children. Brown insists she feels safe living off post, even going so far as giving her children increased opportunities for independence, to explore and play in the town with little apprehension.

Kathryn’s fourth-grade daughter, Zipporah, or Zippy, has never experienced life on a military post, but can compare it to life back in the States.

“Here I can go with my brother, or friend to the bakery to get a pastry every day,” Zippy said. “We do not use the car so much. Ehningen is small enough that we can go everywhere, but big enough that we have places to go, like the ice cream store, or apple picking. As long as one of you has a little of the other’s language, it’s fine.”

Other challenges the family has dealt with include host-nation rules that protect the peace, or the environment. Not being allowed to mow their lawn on Sunday. Not being able to wash their cars or make basic fluid changes in the driveway may force the family to go to a garage, or to the Auto Skills Center on Kelley Barracks.

“I approach these issues through the mindset of a guest,” Brown said. “I can’t get upset, because I am a guest and it’s their rules. These rules sometimes mean routine things like shopping, dentist visits, or taking the kids to a club can take twice as long when compared with living on post.”

Despite not being given a choice of whether to live on or off post, Brown said she’s happy with where they ended up.

“Living on post would be easier for the children, and that would be a huge part of any decision. But, I believe the opportunities of living off post, outweigh the challenges,” she said.

Ehningen is located on the northwestern edge of the Schoenbuch nature park and the first documented mention of the town can be dated back to 1185. The town’s crest can be seen on the road sign — a golden duck’s foot, clutching a red apple, on a field of blue.