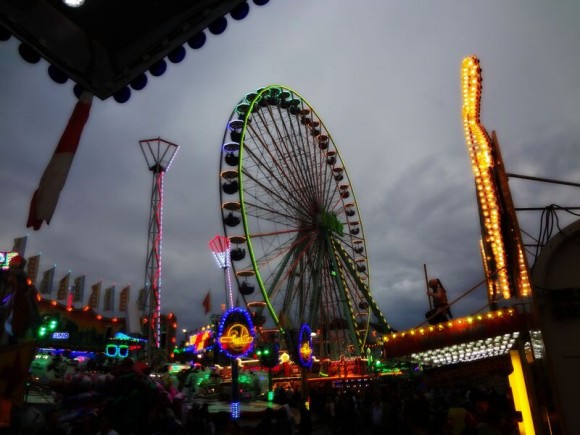 I know,  I know…another wine fest! But, this isn’t just any wine fest. This is the Mother of all Wine Fests. This is to Wine what Oktoberfest is to Beer. This is Bad Dürkheim. 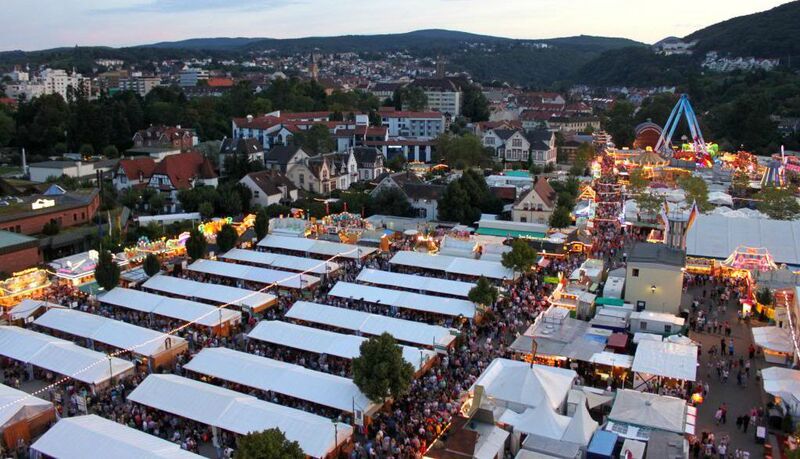 Every year on the second and third weekends in September in the town of Bad Dürkheim there is a celebration called Wurstmarkt, which actually translates to “sausage market”. A few hundred years ago, this was the time of year (late September) when local farmers and wine growers came to the small chapel on the top of the mountain, St. Michaelsberg. Centuries went by and the one-time religious event became a folk festival. 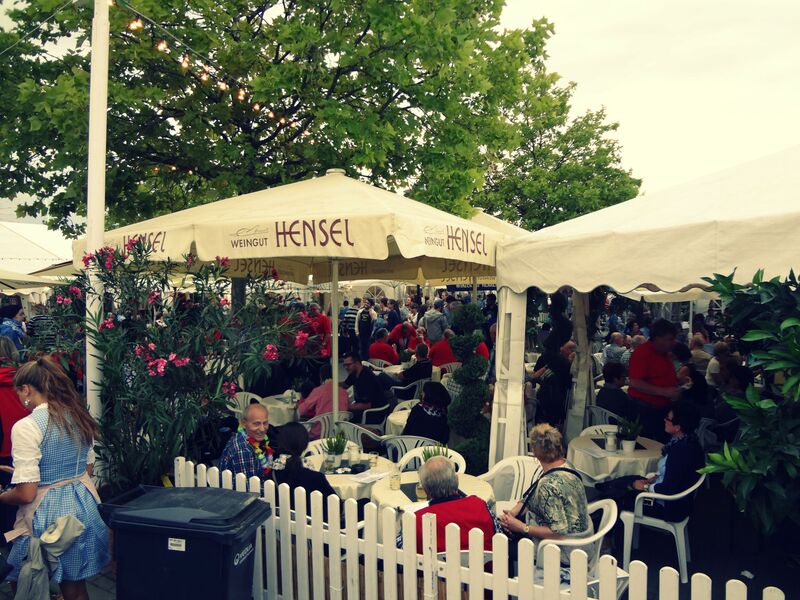 Today Wurstmarkt is a food and wine extravaganza and keeps on attracting more visitors every year from all over the world. This year over 60,000 people were expected to attend.

The fairground was next to the town’s giant wine barrel (it could reportedly hold 44 million gallons of wine before being transformed into a multi-level wine shop). 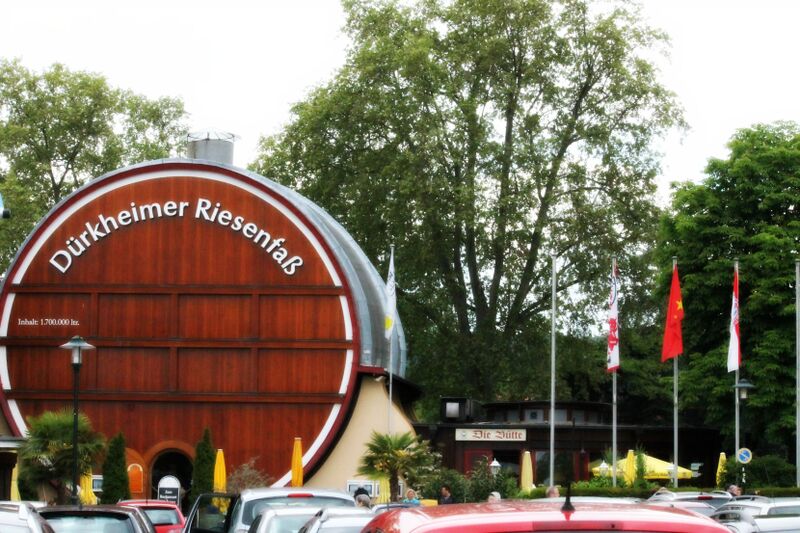 Upon arriving in Bad Dürkheim, it immediately became clear that wine was the main attraction and the sausages took a close backseat. I was told that around 150 local wines are poured during this festival. They were served in classic, stemmed glasses or were generously poured into half-liter glasses. This part made it particularly amusing – especially to watch the men who were more accustomed to drinking half-liter mugs of beer.

You could sip your wine in large tents, where wine connoisseurs sat together at long wooden tables, or at a traditional Schubkärchler, a small wine stand. 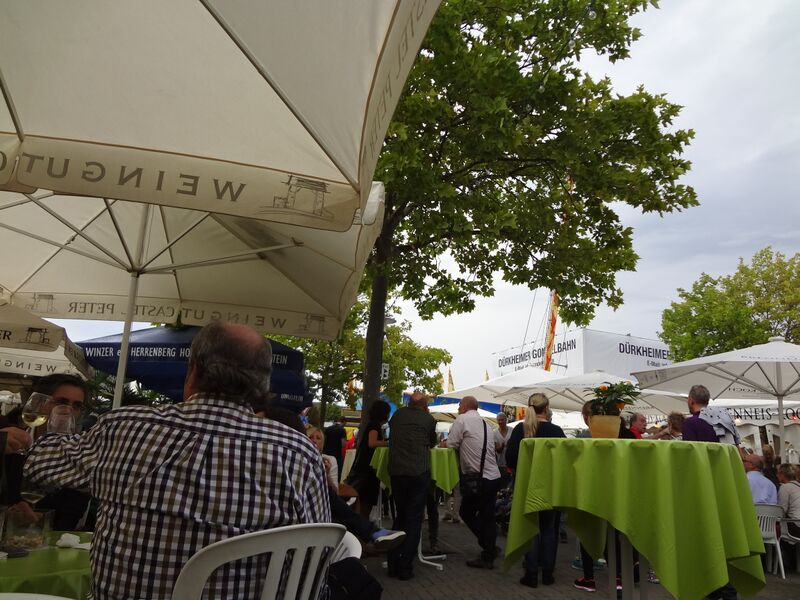 As with most of the other large fests, this one had a carnival with rides for young and old. 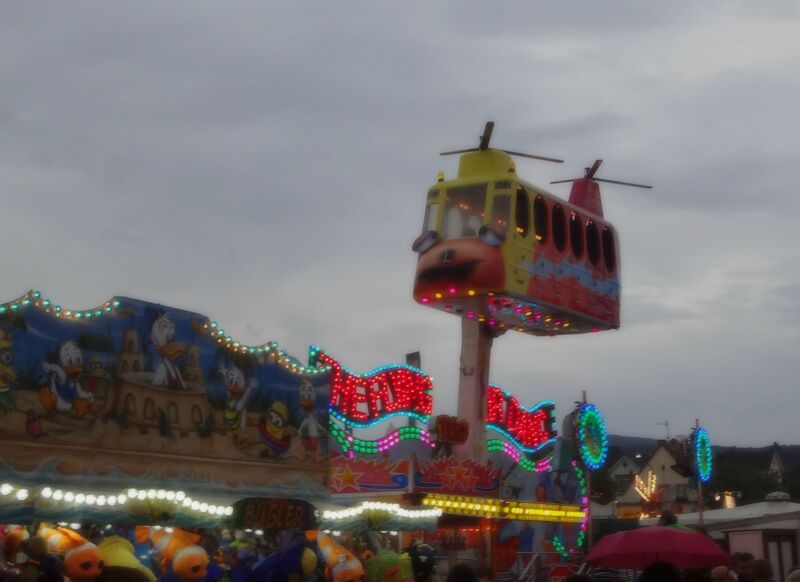 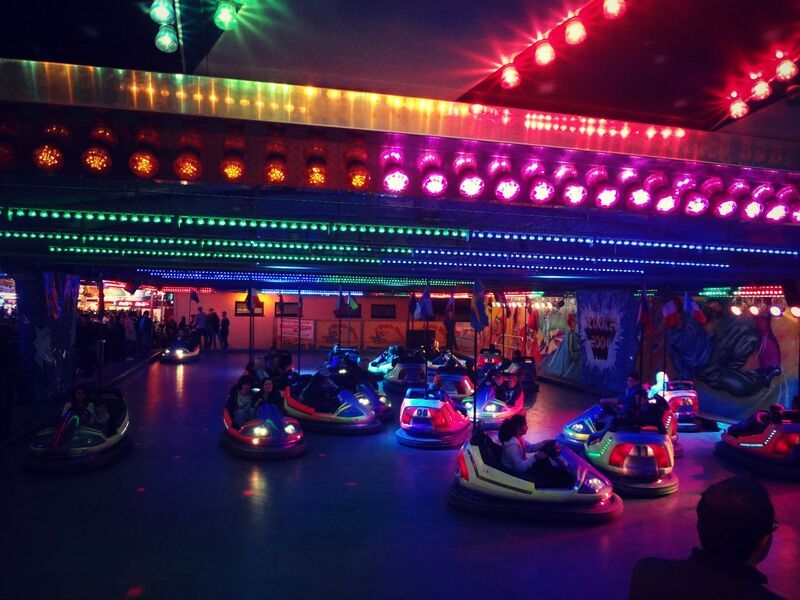 Large tents provided a festive environment with live bands where you could enjoy German and American music. 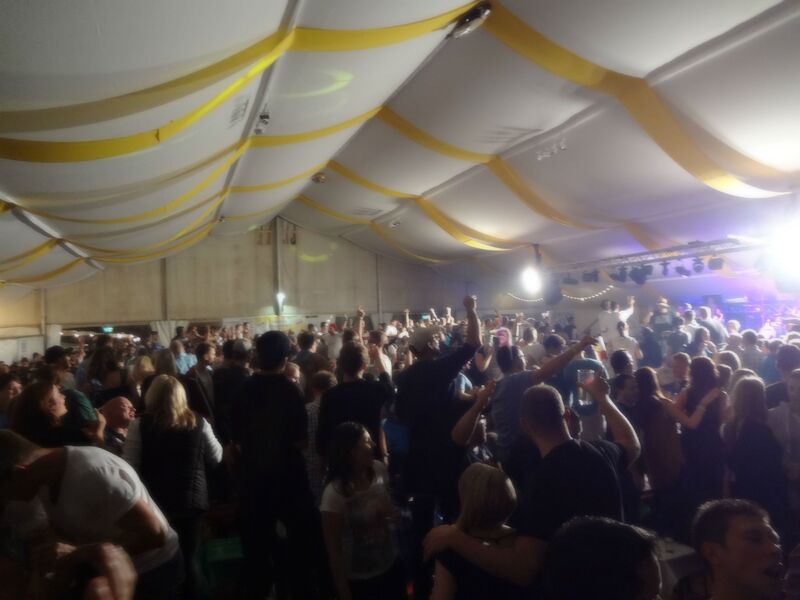 If you get the chance to visit ONE wine fest while living in Germany, make sure it’s Bad Dürkheim next year!

The easiest and best way to approach this festival is by train.

About the author:  Cheryl Koller is a native of Georgia. She is a DOD spouse, mom of 4 daughters (2 adults, 2 teens), thrill-seeker, avid traveler, and lover of food and wine. She is a self-proclaimed Freedom-Preneur and Blogger currently living in Ramstein with her family.