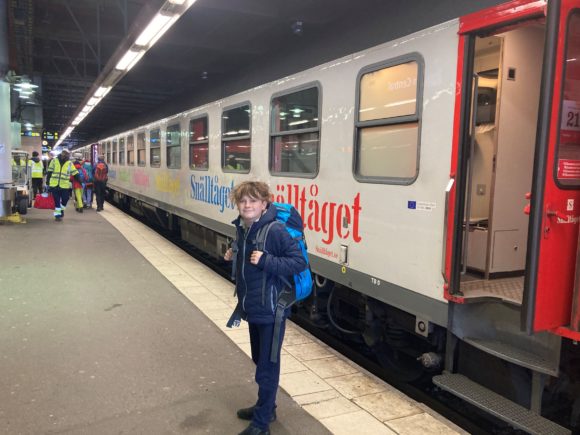 Taking the Overnight Train to Sweden

My family earned some solid Tågskryt over spring break by traveling overland, via train, all the way to Stockholm. Tågskryt is the Swedish word for “train cred” or “train brag” – the very Swedish idea that I can now brag about my trip because I chose the environmental way to travel.

Confession time: we took an airplane back home. We earned some Flygskam for that choice: Swedish flight shame for choosing a less-environmentally friendly method.

The reality is that I chose to take the Snälltåget (pronounced Shnahl-torget) because overnight trains are fun! 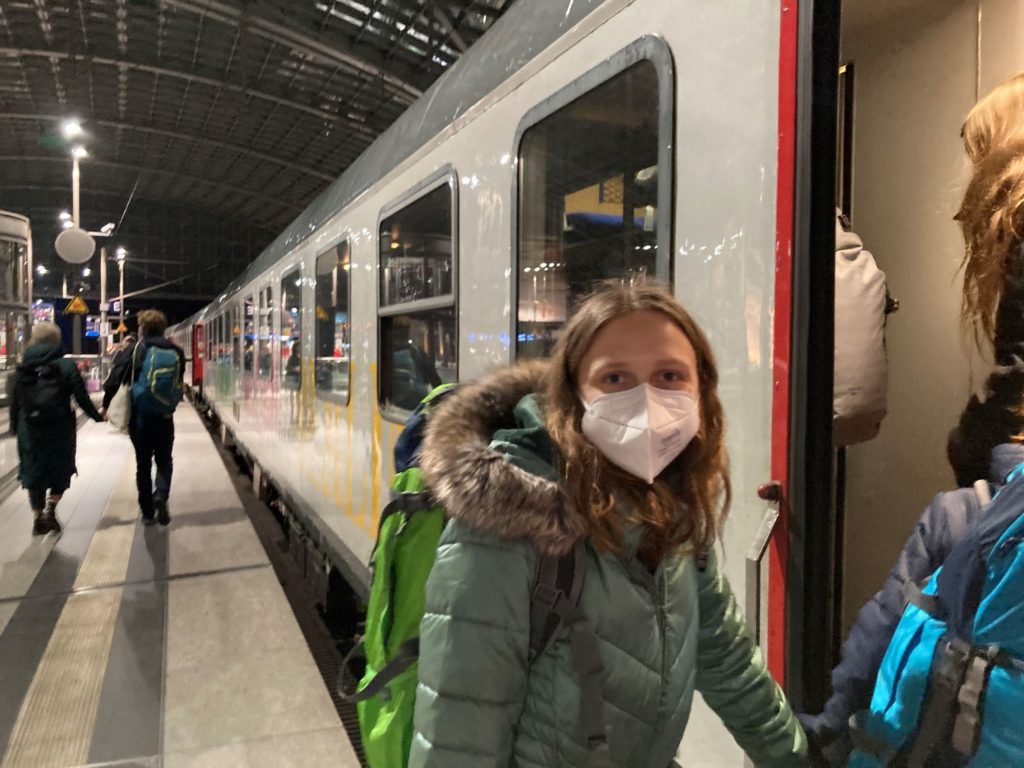 “It’s our train!” my son yells from a fairly vacant train platform high above the Berlin Hauptbahnhof. It’s nearly nine o’clock at night. We have our takeout dinner, purchased at a discount as the Berlin train station food court was closing. We each have a backpack with all our travel items, and we are ready to settle in for the night.

“It’s down there.” We follow my son to the right car. The eight cars were well-labeled with signs on the doorways.

“Which compartment?” he asked.

I laughed. “They better be!”

Three compartments into the train car and we discovered that, indeed, our seats were together. The seat numbers were clearly marked on the outside of each compartment. 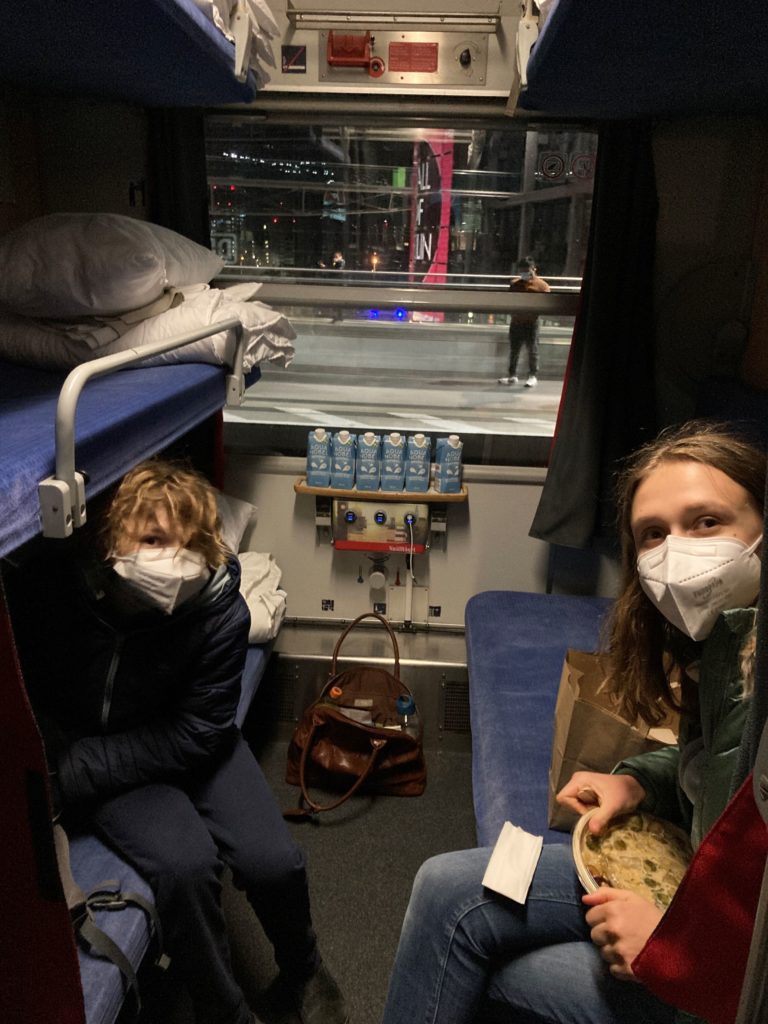 Sleeping on the Train

The sleeping compartments inside the Snälltåget are comfy. The door and hall-side wall are glass which allows light during the day. But, they also have thick curtains for privacy overnight. Under the window is a small table and 6 USB plugs for charging. There was supposed to be wifi, but we found it intermittent at best.

There are six bunks per compartment: three per side. When we boarded, the three seats on one side were already lowered into beds for overnight. On the opposite side, the two lower beds were left in ‘seat mode’ and the highest bunk ready for sleeping.

The lower bunks were pretty tight; not quite enough headspace to sit up. But, the upper bunks had lots of headroom as they were in the roof of the train car.

Our large backpacks were easily stowed in the overhead storage near the upper bunks, or under the lowest bunk. 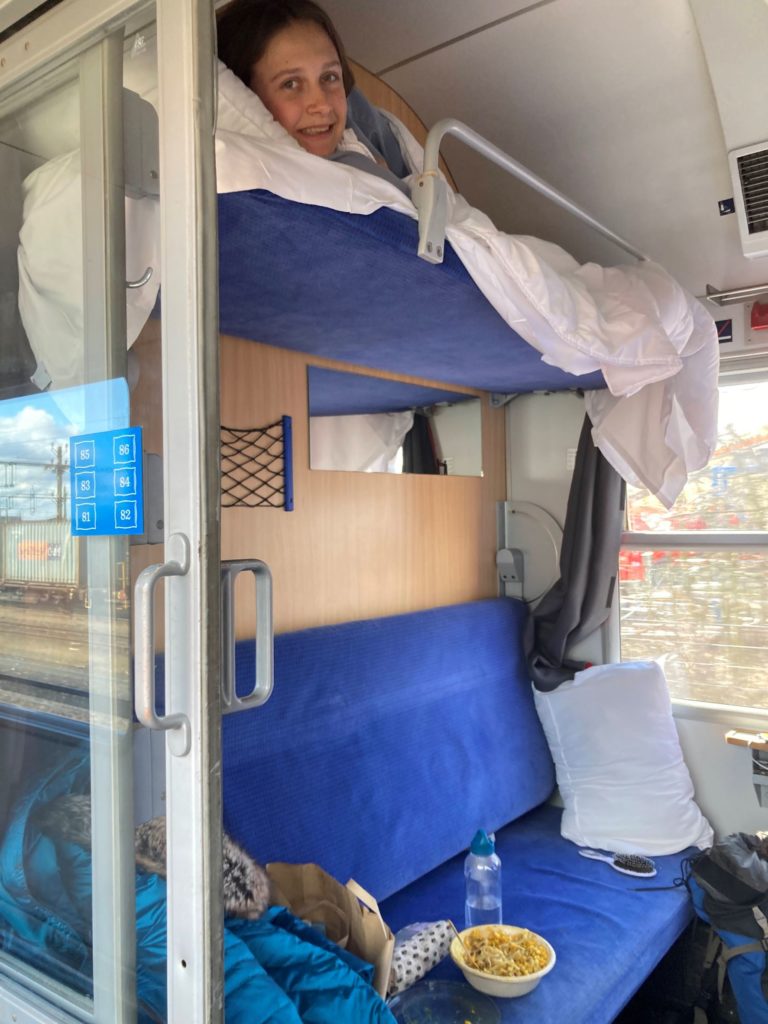 The Snälltåget runs from Germany to Sweden nightly from April to September. They also run a couple of routes into the Swedish mountains. It is a small train company which refurbishes old train cars for reuse. They also use a significant amount of green energy for running their fleet of electric trains.

The primary route goes from Berlin to Stockholm, or the reverse. Early in the morning, there are stops in Copenhagen, Malmo, and Lund. There are also stops in seven other small towns on the way to Stockholm.

The Snälltåget departs Berlin around 2100 in the evening. There is also the option to board in Hamburg just before midnight. It arrives the next day in Stockholm around 1400.

The first stop outside of Germany, in Denmark, is around 0200 for a passport check. Though a bit irritating to wake up at this time, the conductor and passport control personnel use a flashlight and stay as quiet as possible. 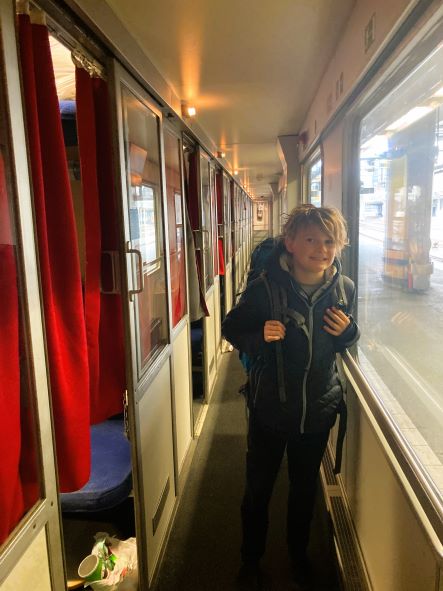 There are a few important things to note when booking the Snälltåget.

Use DB to get to Berlin.

From Kaiserslautern, it is easy to book a Deutsche Bahn ticket to Berlin (or Hamburg).  It includes a single change in Mannheim onto the ICE that goes to Berlin.

I chose to go to Berlin because the prices were cheaper during my trip, there were more times available, and the boarding time for the Snälltåget in Berlin is at a normal bedtime.

The booking site is www.snalltaget.se  and has an English option. You will be emailed the tickets. They are valid saved on your phone.

A day prior to your trip, expect another detailed email with additional information like platform numbers and food options. 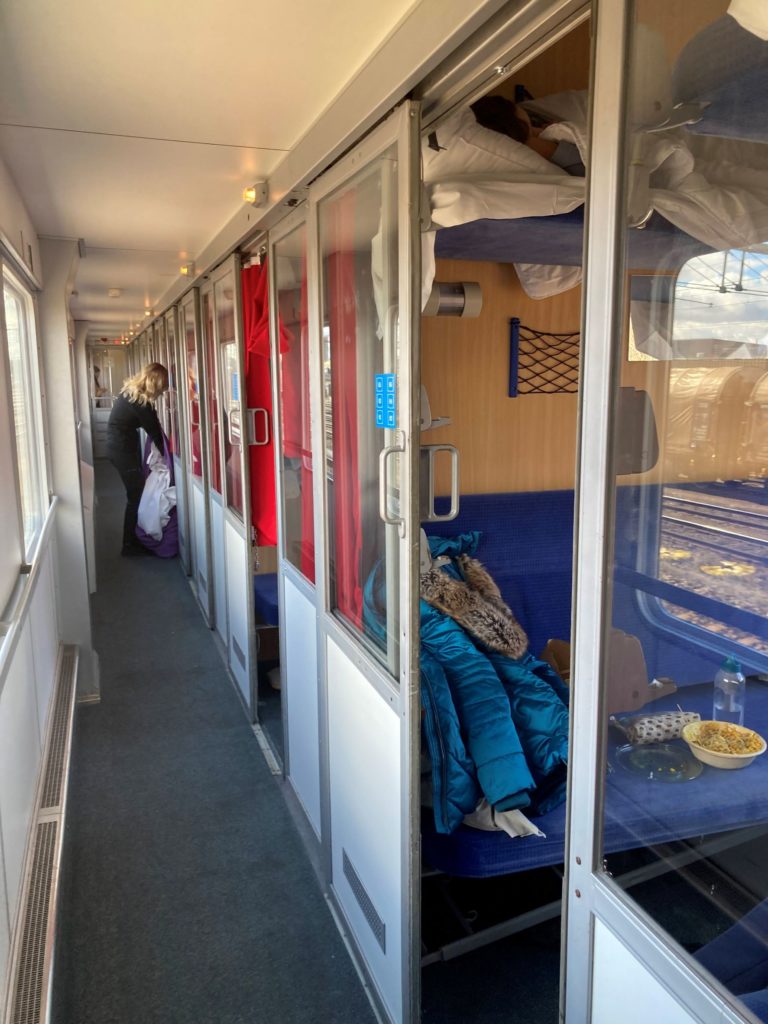 There are often two same-price options: one with a change in Malmo, and the other without. If you choose the option with a change, you are simply being moved to a different carriage on the same train because a few of the carriages are removed in Malmo.

Choose “no change” to stay in the same berth the entire trip; this will book you in a carriage that continues on the entire route to Stockholm.

There are regular reclining seats that can be booked for really cheap rates. But, overnight compartments are more comfortable.

The compartments have 6 spots. You can choose to book a “private compartment” in which case you pay for all 6 places. Choosing a “shared compartment” means other guests can be seated with you, though the train books all parties separately first.

I booked a shared compartment and only used 3 seats. A woman quietly joined us in Hamburg and departed in Malmo. You can ask the conductor when you board whether or not to expect any additions in the compartment.

You do not get to pick your seats. The system automatically assigns upper berths first since they have more space and allow for the lower beds to remain in seat formation. 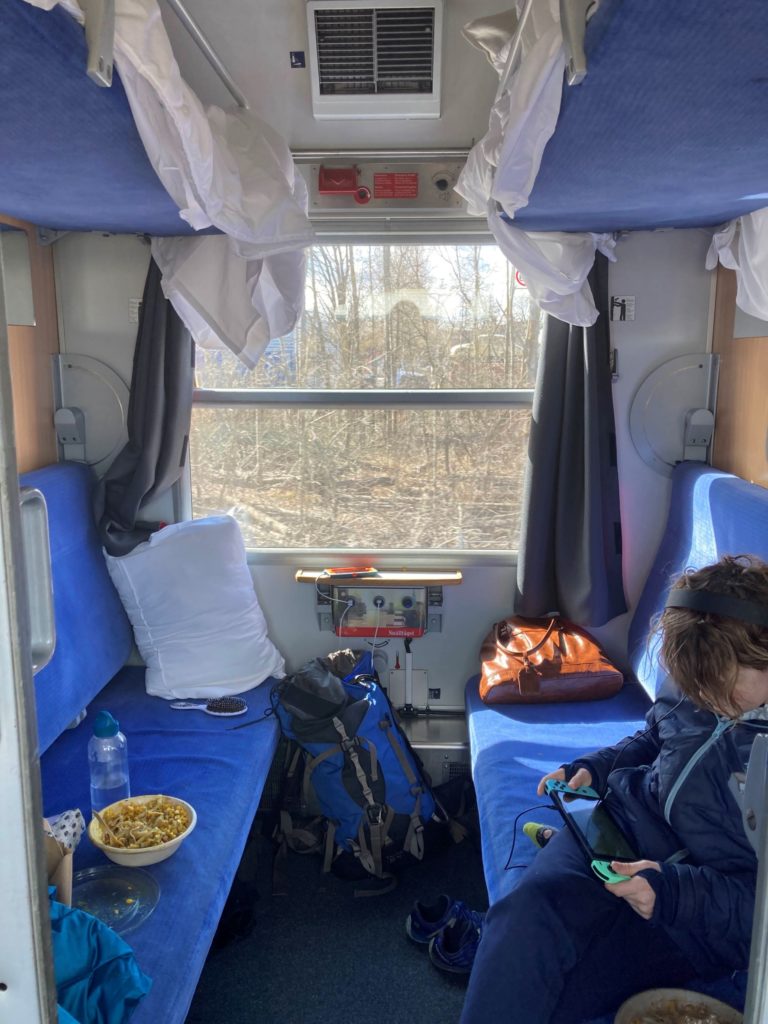 There is a restaurant onboard called the Krogen with drinks and snacks. After Malmo (in the morning) it is open with hot food. When booking, you can pre-order breakfast and book a seat at the restaurant for lunch.

On our trip, we woke around 8 in the morning while the train was shunting the rear cars away. We walked down to the Krogen (the pub) for some coffee and picked up our pre-ordered breakfast. It included coffee, a juice, and a breakfast sandwich with meat and cheese.

Back in our compartment, we spent the rest of the morning watching Sweden go by, reading, and snoozing until we rolled into Stockholm at 2 pm rested and ready to see the city.