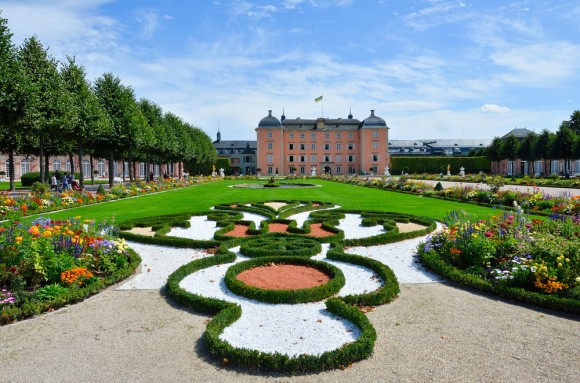 A Day in Schwetzingen

Schwetzingen is a quaint town located in northwest of Baden-Württemberg. It is situated six miles southwest of Heidelberg and nine miles southeast of Mannheim. First mentioned in 766 and recorded in the late twelfth century Codex Aureus of Lorch, it has traces of settlement from the Stone Age. Schwetzingen is a place that has a lot to offer; a beautiful and architecturally-rich palace, music, culture and spargel!

The castle (see main image) is the city’s most famous and visited landmark. The baroque palace originally served as an aristocratic getaway for the Palinate Electors, which now attracts tourists from around the world. The Palace and Garden recently applied to be included in UNESCO as a heritage site. The current structure was built during several building campaigns between 1700 and 1750. It went through major restorations between 1976 and 1991 with several of the electoral and ducal apartments are now back in the state previous residents would have known. Additionally, much of the interior decoration and furnishings survived through the centuries. 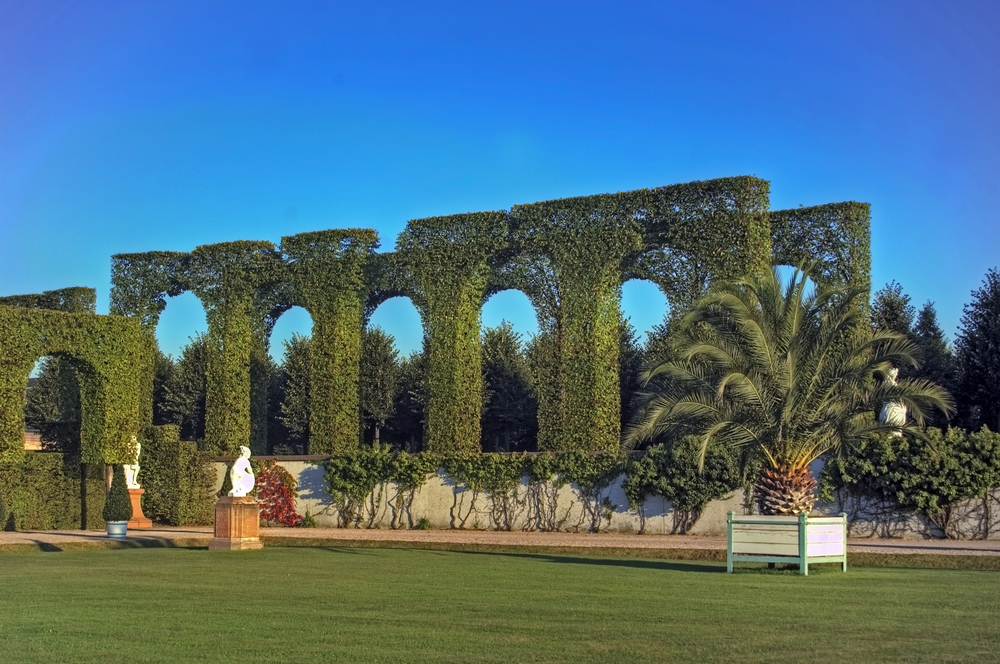 The palace garden is worth the visit alone. You will be delighted by the landscape and magnificent statues as you take a stroll or relax on one of the benches while admiring the different areas of the garden. During the second half of the 18th century, the Elector Carl Theodor commissioned architects Nicolas de Pigage and Fredrich Ludwig Sckell to design the garden. They created a fusion between the symmetrical French Baroque and the natural landscape of English style. The gardens are embellished with some the finest and most elaborate water parterres. And depending on the season you will find assortments of plants (including exotic) and beautiful flowers. The garden also has three museums. They are the garden “Documentation” which provides information about the various parts of the garden; another is on the historic garden planting; the third one is on historic garden equipment.

The palace’s theater was built in 1751-1752 by Nicolas de Pigage. It is Europe’s oldest surviving theater with boxless circles. It was built in the late 19th century but renovated in 1937 in a Rococo style of architecture. The theater hosts various events such as annual operas, music festivals and dramas. Also from September to June you can also find readings, improvisation theater and children’s & youth plays. The well known Schwetzingen Festival is held each year from May to June and presents opera and other classical music. It is worth mentioning that the Mozart Festival and various jazz concerts are held open-air in the palace garden. 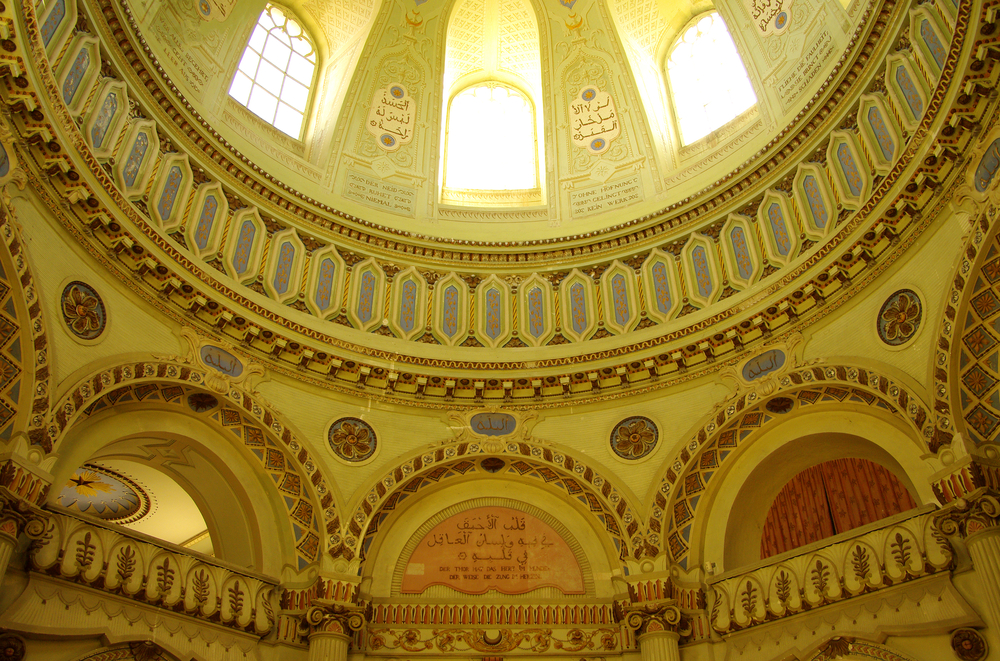 In the gardens complex is the earliest mosque style building in Germany. It was built by a French architect in the Turkish style for the Prince Elector of the Palatinate between 1779-1791. The mosque was fully restored after many years of restoration. It is a non-functional mosque, but it open to the public to view.

Asparagus Captial of the World

Schwetzingen considers itself to be the asparagus (Spargel) capital of the world because the soil in the region is just right for growing it (light and sandy). Spargel is referred to as “the royal vegetable”, and it is less bitter and much more tender than the green asparagus. To make the shoots white (or blanched) as they grow, the farmer hills up sand and compost over the root stocks. This delicious, spring vegetable is low in calories and high in vitamins and minerals; however it is popular in Germany to pour very rich and creamy Hollandaise sauce over it. Spargel is harvested in Germany between April and June 24th. During this time, you will find Spargel served more than forty different ways between all the restaurants in town. It can also be bought at the market square just outside the gates of the palace. And during the first weekend of May, the town hosts its Spargelfest with highlights including parades, banquets and the crowning of an Asparagus King and Queen.

Head to Schwetzingen to marvel at the magnificent Baroque palace and take a stroll through the beautiful garden. During certain times of the year you can take in a live concert or feast upon delectable spargel dish. It’s a perfect day out. 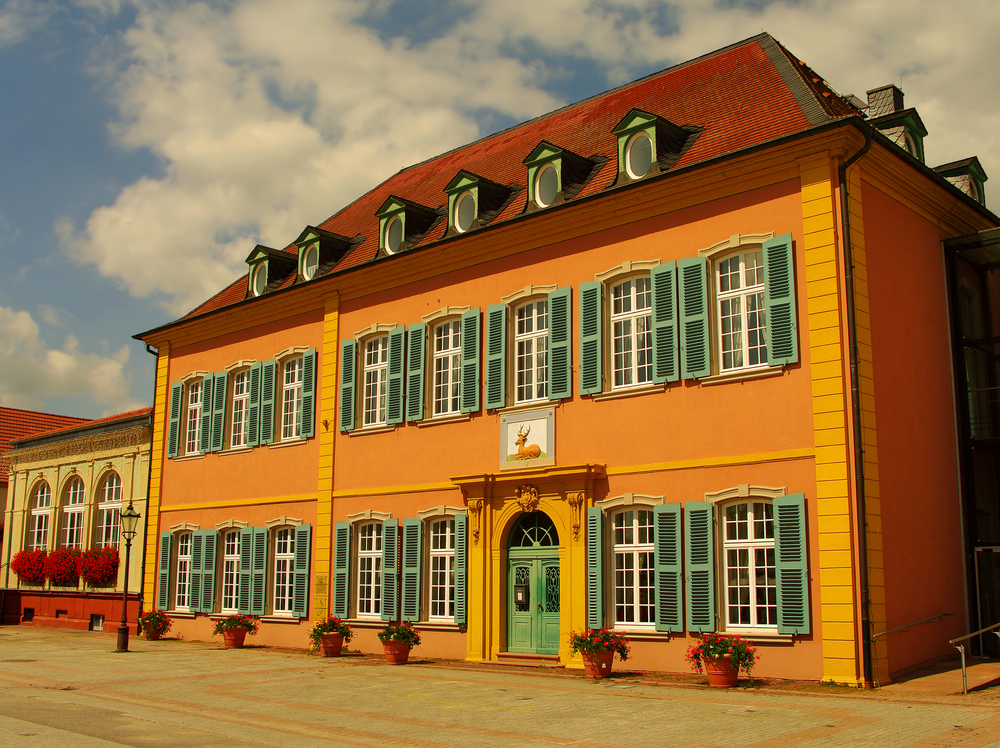 Schwetzingen is only about 10 minutes away from Heidelberg by train. It is also only less than an hour drive from Kaiserslautern via the A6; under an hour via A67 from Wiesbaden; and approximately one hour and twenty minutes via A81 and A6 from Stuttgart.