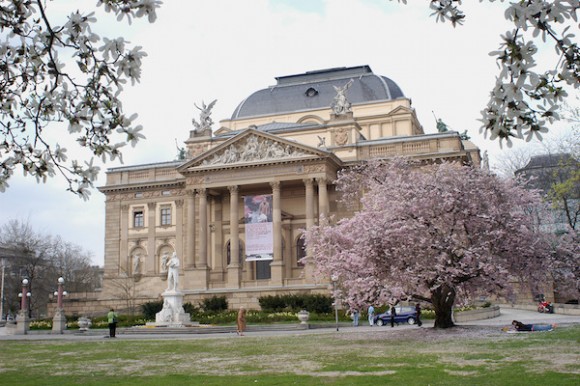 The Hessian State Theatre of Wiesbaden under the direction of Manfred Beilharz, is one of the most successful theatres in the German speaking area. Offering more than 900 performances each season, the State Theatre is among of the most productive theaters existence. Each season the company offers a wide range of cultural events including more than 40 new productions ranging from opera, drama and ballet to the two programmes for young people, ”Junges Staatstheater” and ”jugend-club-theater”, featuring classical works, modern musical theatre and premieres of contemporary drama. 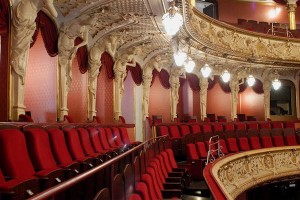 The State Theatre Wiesbaden is an important festival company: each year, the International May Theatre Festival sells over 20,000 tickets to a public attracted by high quality guest performances in opera, dance, drama and entertainment. The next International May Festival will take place from May 1st 2014 to June 2nd 2014.

The opera schedule of the State Theatre Wiesbaden is marked by cycles; well known opera classics are just as much part of the repertoire as less frequently played masterworks. One also finds operettas and musicals. The orchestra under the baton of Zsolt Hamar presents symphonic and chamber music concerts every month. The “Junges Staatstheater” programme for young people offers productions for children of all ages and the ”jugend-club-theater” gives talented young people the chance to put on a musical under professional working conditions. In addition, many additional fascinating programmes spice up the theatre schedule, for example the ”musik-theater-werkstatt”, a platform for the works of contemporary composers, the workshops and integrative projects of focus on Young People and the Late Nights in the Wartburg Centre, the latest and most versatile of the theatre’s venues located on the Schwalbacher Straße.

Plays for the whole family

Every year the State Theatre offers a special event for the whole family: A special Christmas Fairy Tale invites children 5 years and older to an impressive Theatre Experience. Between the premiere in mid-November and the last performance in early January over 50 performances are presented to people of all ages. This season the Christmas Fairy Tale is ‘1001 Nights’, a play about telling fairy tales. The diversity and complexity of the stories of the ‘Tales from a Thousand and One Nights’ provide a fantastic basis for bringing this enchanting, age-old tradition to the stage with a good dose of humor and pep: an oriental (Christmas) feast for the eyes and ears.

View all upcoming events at The Hessian State Theatre in Wiesbaden here.