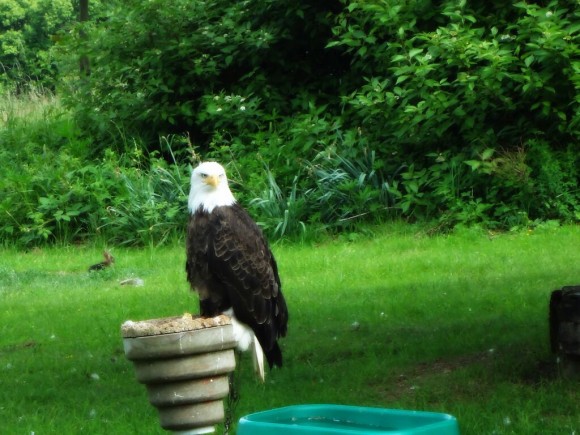 A Spectacular Bird Show in Potzberg

Last week I decided to take my teenage daughters to the Wildpark Potzberg. The only thing I knew about this was that they had a bird show that featured falcons and Bald Eagles. I have never been to a bird show or was I overly excited about going to this one, but my daughters wanted to go. So, off we went.

I was pleasantly surprised at this show! This is a family-owned property and you can tell that they pour their heart and soul into it. The owner, Harald Schauss, does a wonderful job with the management of this beautiful park and the animals and birds are friendly as well.

When we arrived in the parking lot, I noticed that there is an abundance of hiking trail information. There is also a hotel and restaurant. After we paid our entrance fee of 24 Euro (8 Euro for adults and 5,50 Euro for children over age 4), we stopped by the café to get a snack.

Our primary purpose in going was to see the “Birds of Prey Show” which starts every day at 3 p.m. through the end of October. We had about 30 minutes of free time to roam the property before the show started. 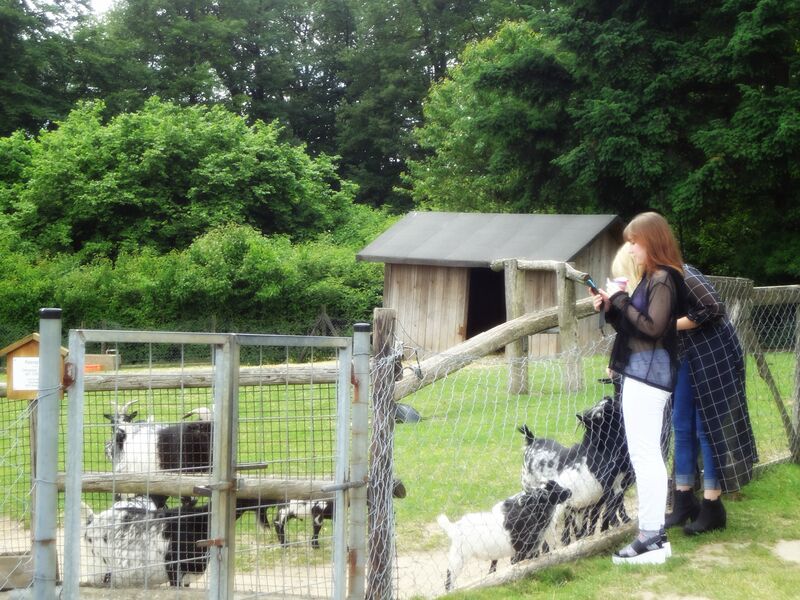 Even though my girls are teenagers, they still love petting zoos! At the restaurant there is outside seating that overlooks a playground and an area for feeding and petting goats. I have to admit that I fell in love with a tiny goat, and for a brief moment entertained the idea of having one as a pet. And then I woke up and realized that was a bad idea. (Note: There is animal food for sale in the park, so please do not feed the animals any human food!) 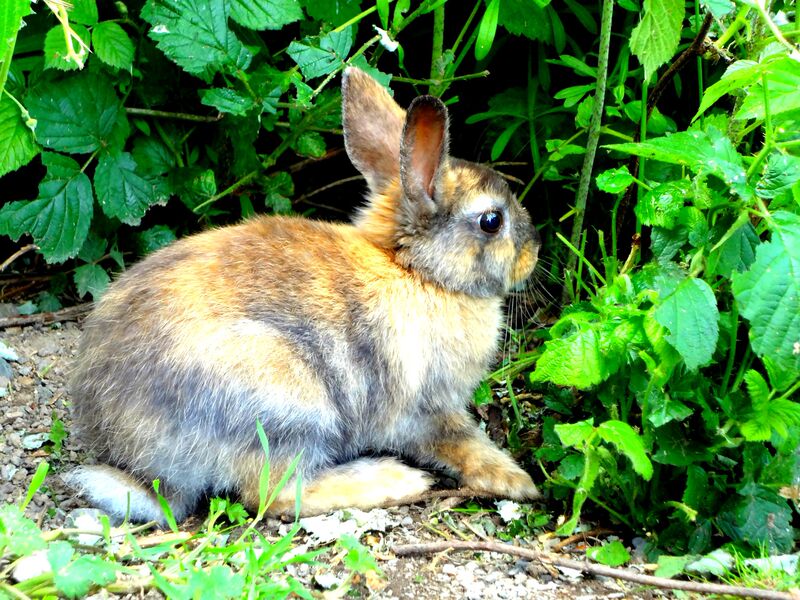 As we walked towards the show area, we saw horses, rams and several free-roaming bunnies.

Other Sections of the Park

There is one section of the park that we did not walk through and I believe this is where the peacocks, white deer, elk and donkeys are kept. We also passed the cages of several different species of birds. I was a bit sad during this portion of the walk to see these beautiful creatures in cages and tethered to posts. They seemed to be well taken care of, so I had to let it go. 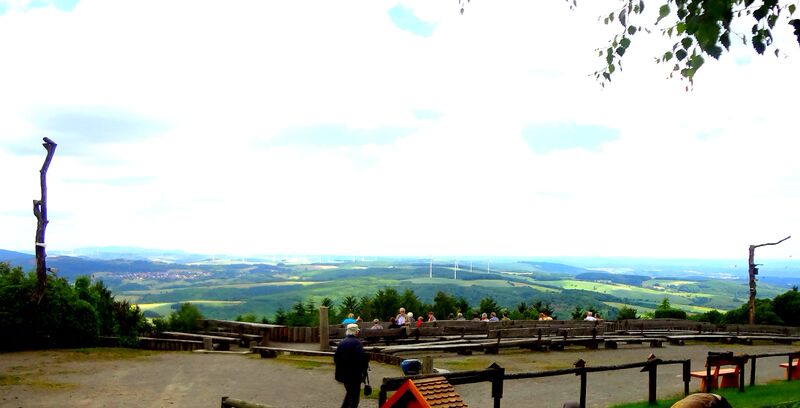 © Cheryl Koller
Once we passed the cages, the property opened up to the seating area for the show and, literally, the view is breathtaking. It is a stunning location to watch eagles soar! 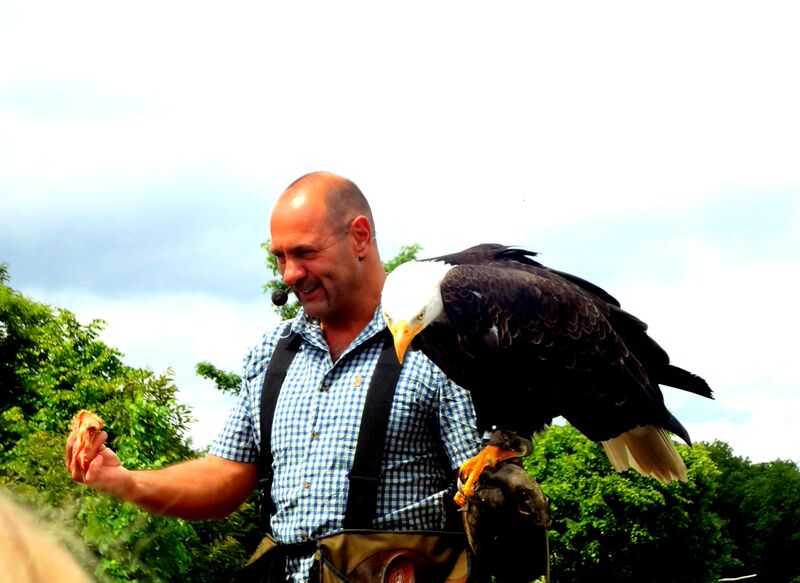 The show lasts about one hour and is in German with no English translation. However, there were a couple of English words. Apparently, there are two Bald Eagles named Air Force One and Obama. This prompted a chuckle from the audience. It really was a lot of fun and somewhat strangely peaceful to watch these beautiful creatures soar. And Mr. Shauss is quite comical so he had the birds do tricks by flying extremely close to our heads. He even managed to get Air Force One to land about 2 inches from my shoulder.

At the end of the show a little boy (who we assumed to be Mr. Shauss’ son) appears with a very small owl and gives everyone in the audience an opportunity to pet the owl. He proceeded to educate my girls (in German) about the owl. This was quite funny to watch since they kept asking if he spoke English and he just kept talking…in German.

I did ask one of the interns who spoke English about the children’s birthday parties. I was told that you can have your child’s birthday party there and that each child will get an opportunity to hold one of the owls. If you could have seen the faces of the small children there who were thrilled to just pet an owl, you would book a party there immediately! Click on the park’s website for more information.

Note: Dogs are allowed in the park, but they are not allowed in the area where the “Birds of Prey Show” is conducted, for obvious reasons. If you have small children and you don’t want to bring your stroller, they do have wagons for rent for less than 5 Euro.