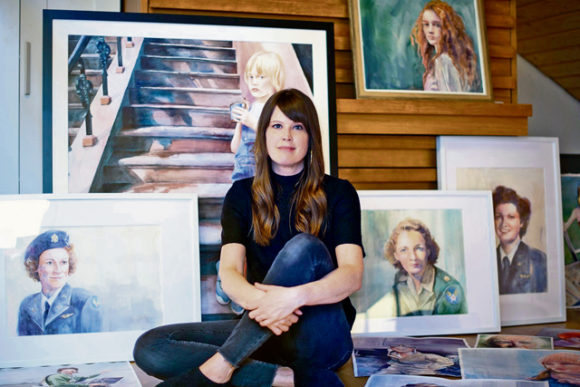 A collection of 17 watercolor portraits of women in uniform and their stories of courage, perseverance, success and triumph are on display in honor of Women’s History Month.

Cary Smith, an artist and military spouse, created the Women Service Members Paintings collection as a way to honor the many contributions women have made to the armed forces throughout the decades.

“I’ve been inspired by many women who serve in the Air Force over the years,” Smith said. “Their drive and commitment to something greater than themselves has always made me think of them as fierce and courageous. I wanted to use my talents to tell their story — one that has never been easy.”

Smith intends to educate and inspire younger generations to follow their career aspirations, no matter their gender. 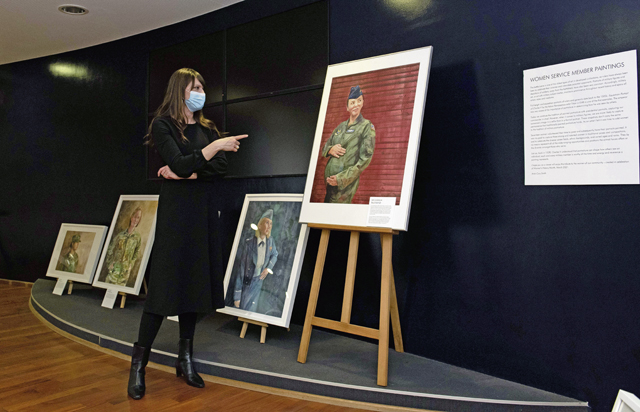 Cary Smith, artist and military spouse, tells a story about the subject in a painting in the lobby of the 86th Airlift Wing headquarters building at Ramstein Air Base, Germany, March 12, 2021. Smith’s watercolor collection features a mix of 17 enlisted and officer females from 15 different career fields representing different services.

“Historically speaking, there aren’t many portraits of women in uniform to inspire current and future generations of females,” Smith said. “Young girls should be able to see themselves serving in the armed forces as a viable career choice without hesitation or intimidation.”

The watercolor collection, a project she began in December 2020, features a mix of 17 enlisted and officer females from 15 different career fields representing different services.

“As an artist, I felt it was time to include women to the tradition of military portraiture by celebrating the diverse career fields, ethnic backgrounds, and varied ages and ranks,” she said.

Each portrait includes where the servicewoman is from and a small caption describing her experience in the military.

One of the portraits depicts pregnant aviator, Maj. Mary Lea Bordelon, a former C-130J instructor pilot from the 37th Airlift Squadron. She was selected to test the new female maternity flight suit.

“I was thrilled to include a painting of a pregnant woman in uniform in this collection,” Smith explained. “It is important to capture servicewomen realistically to show that, for example, motherhood is not a limiting factor in being able to serve your country.”

Like Bordelon, Smith is hopeful inclusive initiatives, like uniform policy adjustments, will bring servicewomen one step closer to fighting on equal ground. Military uniforms, to include flight suits, were initially designed for men and lacked consideration for female service members. 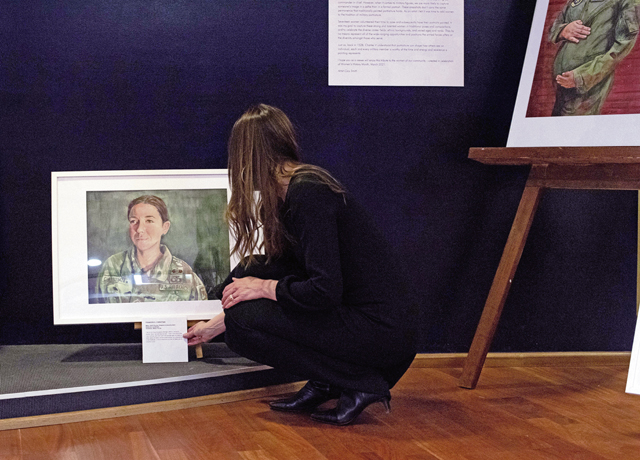 The artist’s passion for the project enabled her to individualize each portrait while connecting them through their service and commitment to wearing the uniform.

“I think portrait paintings provide lasting significance, and these women deserve that level of recognition for their contributions,” Smith said.

While Smith has been painting for almost 22 years, she only recently made a commitment to mastering watercolor portraiture during her husband’s overseas assignment to Ramstein.

“It’s not easy finding work as a military spouse in a foreign country,” Smith said. “I decided to dedicate my time to something that will hopefully have an impact on others.”

Smith credits her mother for inspiring her to be an artist at an early age and to paint what she knows. In this case, she chose to focus on the role women play in our nation’s defense.

“So many people don’t understand what service members go through, and let alone women,” Smith said. “It’s truly amazing what they do and the obstacles they have overcome.”

Smith feels lucky to experience the sense of community and stability the Air Force has provided her and her family because she can focus on what she loves while giving back.

In an effort to continue celebrating women’s contribution to the military, Smith hopes to display her work again at her family’s next duty location. 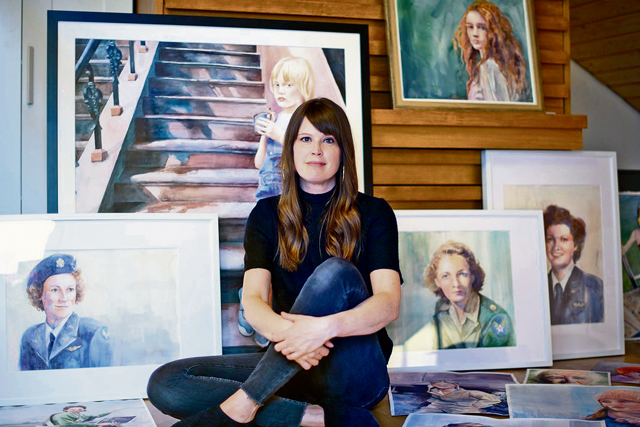