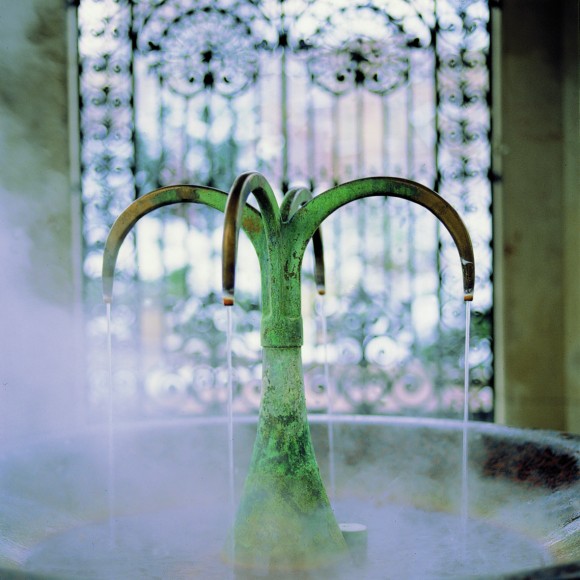 Known as one of the oldest spa towns in Europe, Wiesbaden is the capital of the state of Hessen and a part of the metropolitan area of Frankfurt Rhein Main Region. It is situated on the right bank of the Rhine River, where the Rhine and Main River change directions from north to west. Established as a Roman fort, Wiesbaden dates back to AD 6. Yet today it’s a modern city that has lost none of its imperial flair.

The city of a quarter million people is beautiful with its hilly pedestrian streets, squares, boulevards and old buildings. You will find the Altstadt (Old Town) as the heart of the city. This section is packed with rich history including the Aqueduct Heidenmauer, and remnants of Roman ruins. Additionally, there are magnificent 18th and 19th century houses that dot throughout this historic area. The city was spared from bombing during World War II and all of its old buildings having been lovingly restored.

Here are our highlights of Wiesbaden:

The Palace Square is one of the most popular stops in Wiesbaden as it is located in the center of the Altstadt. It gets its name from the Stadtschloss (City Castle) while it features the Castle, the Old City Hall, the New Town Hall and the Marktkirche. Because of the significance of this collection of buildings, this square is historically the most important part of the city. 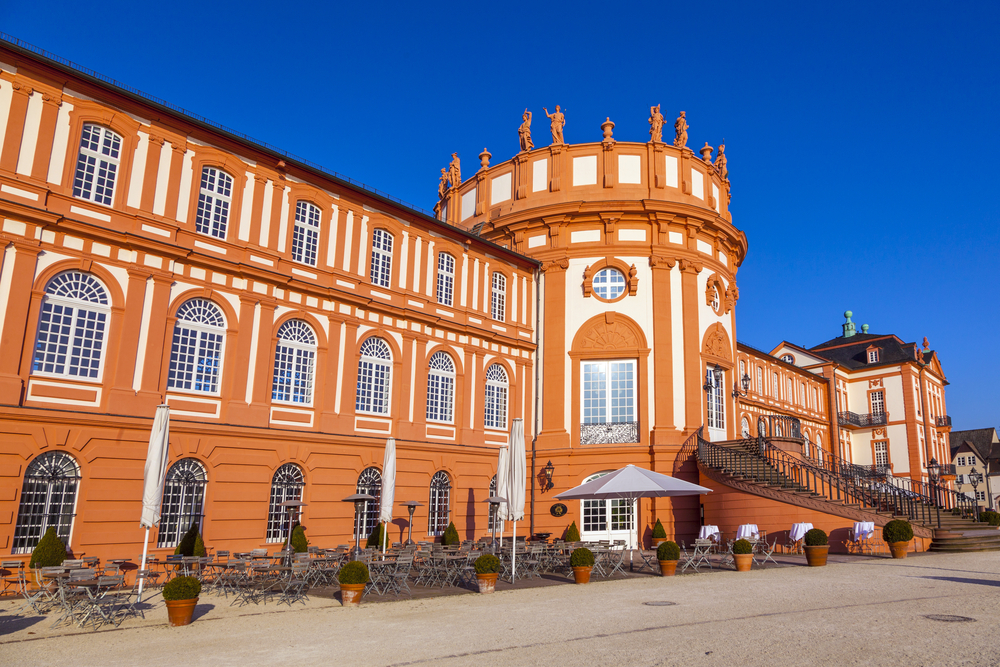 The palace was to serve served as the principal city residence for the Prussian royal family; Adolph I, Duke of Nassau became the first and only ducal resident in 1841. After the duke was sent into exile in 1866, the palace was then used as the residence by Emperor Wilhelm I. His grandson Kaiser Wilhelm II later made it his regular summer home. Though this neo-classical building suffered extensive damage during World War II, it was rebuilt and now serves as the seat of the Hessian Parliament since 1946.

The palace has several wings and consists of 145 rooms. It is architecturally connected to a group of other buildings that were constructed before and after it was built. Outside, the three-story building has a simple but elegant design with two wings arranged in a blunt angle. What is most interesting about the architectural feature is the way it connects two wings to form a cylinder.

Inside the palace buildings you will find luxurious rooms adorned with exotic woods, mosaic parquet flooring, mother-of-pearl, brass and elaborate ceiling decoration. There are many statues, gold-plated bronze candlesticks, painted wallpapers in various motifs of the day as well as paintings of Pompeii. Other decadent items include beautiful furniture, fine paintings and much more. 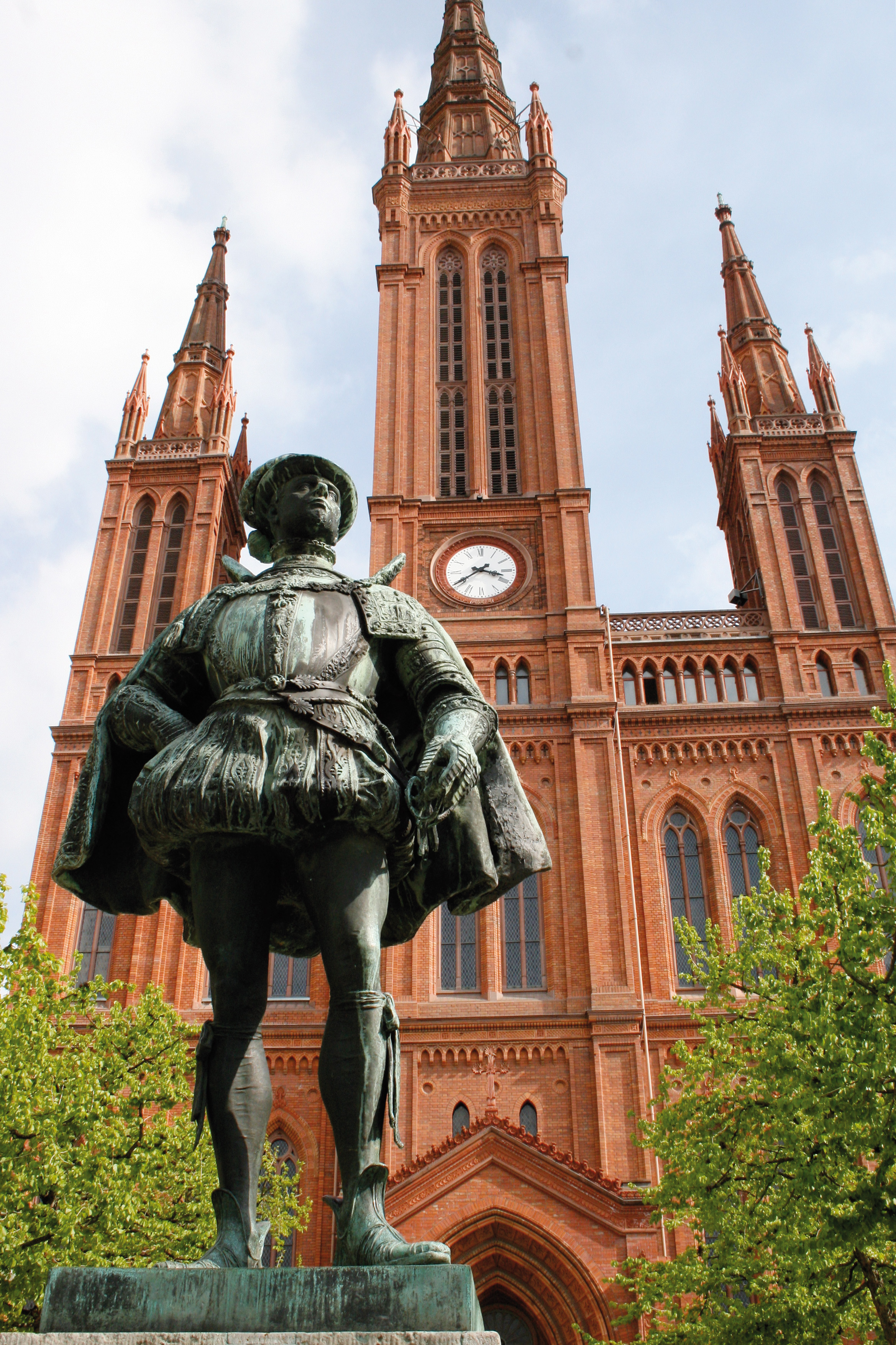 The neo-Gothic Protestant church that was built between 1853 and 1862 sits in the center of Schloßplatz. Its west tower (301 ft) makes it the tallest building in Wiesbaden. The red brick church once served as the main church for the Nassau family. The interior has impressive architectural details but is not richly decorated. In side you will find a Walcker organ that was built in 1863 as well as the largest carillon in Hessen installed in the main tower. 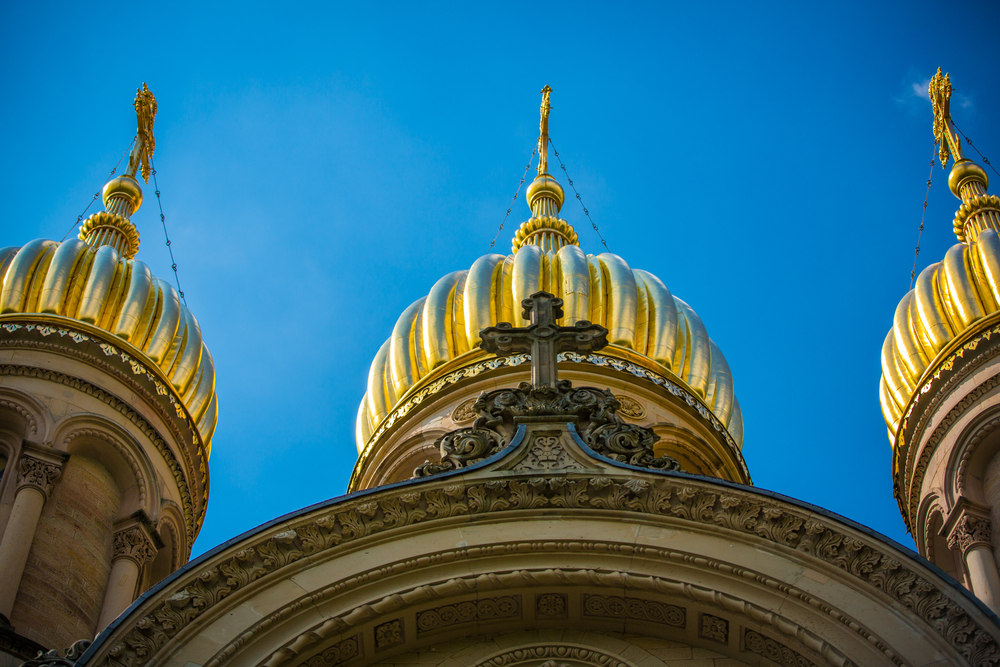 Booking.com
Built from 1847 to 1855, the Russian Orthodox Church was constructed for the early death of Duke Adolf of Nassau’s 19 year old Russian princess. It is one the most beautiful and most sacred buildings in Wiesbaden. The house of prayer was erected following the model of the Moscow Church of the Redeemer in the style of romantic Historicism. The building has five crowning fiery-guilt domes, with four smaller ones surrounding the large central dome. Typical for Russian churches, the domes are onion-shaped and are topped with gilted Orthodox crosses. At the time the church was built, a small rectory and a Russian cemetery were also built; the only one outside of Russia.

Built from 1608-1610, the Old Town Hall is the oldest building in Wiesbaden. It was originally built in the Renaissance style but in 1828 the former half-timbered upper floor was remodeled in a neo-gothic style. Today it serves as the registry office while the vault basement is a wine bar. Many dignitaries have visited this town hall including President John F. Kennedy. 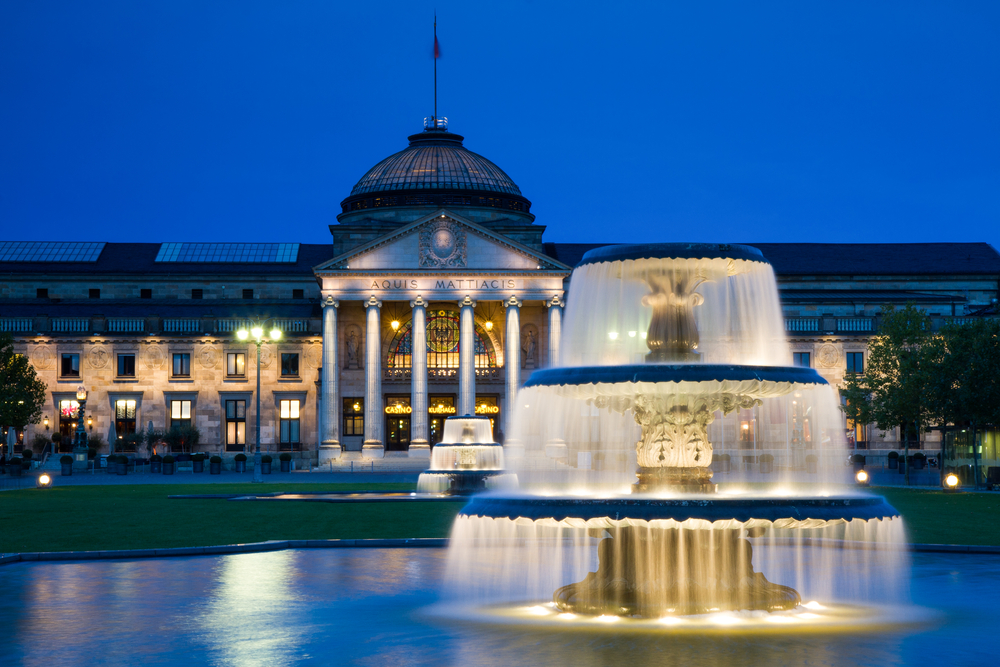 Surrounded by beautiful greenery and magnificent historic buildings, the Kurhaus has served as the city’s main event venue. It was built in 1905-07 in a neo-classical style with Art Nouveau elements. Not only does it consist of a large and small hall, the Kurhaus also houses a restaurant and the Wiesbaden Casino. The interior decoration was restored to its original state in 1987. Additionally, it comes with all modern equipment needed for any convention, conference and social event. Note: Due to a severe storm on July 11, 2014, the Kurhaus is temporarily closed until further notice. Much effort is currently being made to repair the damage. 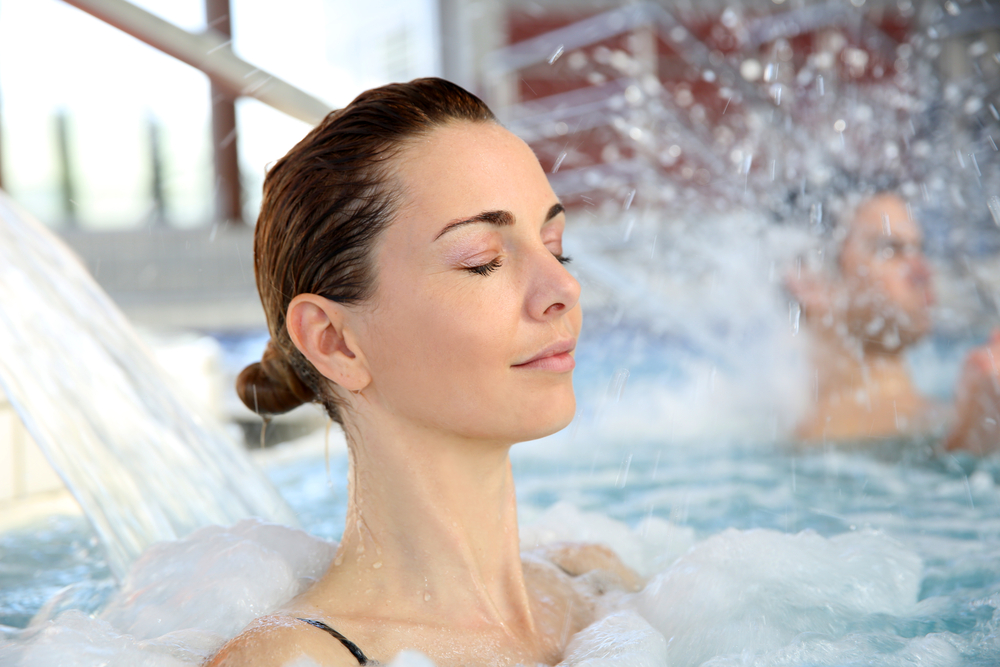 Wiesbaden is known to be one of the oldest spa towns in Europe, dating back to the Roman Empire. Along with the cities of Aachen, Baden-Baden and Badenweiler, Wiesbaden spas were founded in the first century A.D. In fact the city’s name Wiesbaden derives from the word Wisibada, which means the “bathing place in the meadows”. During the Middle Ages, spring bathing became a vital business for the city. Today 14 of the initial 26 Roman hot or thermal springs are still flowing.

Wiesbaden has been known for centuries for its world class saunas and spas, which offer relaxation, recuperation and health treatment. Kaiser-Friedrich-Therme and Thermalbad Aukammtal are two spas that enjoy thermal water. Additionally, Wiesbaden hotels have their own thermal springs and therapy departments, which are becoming increasingly popular. 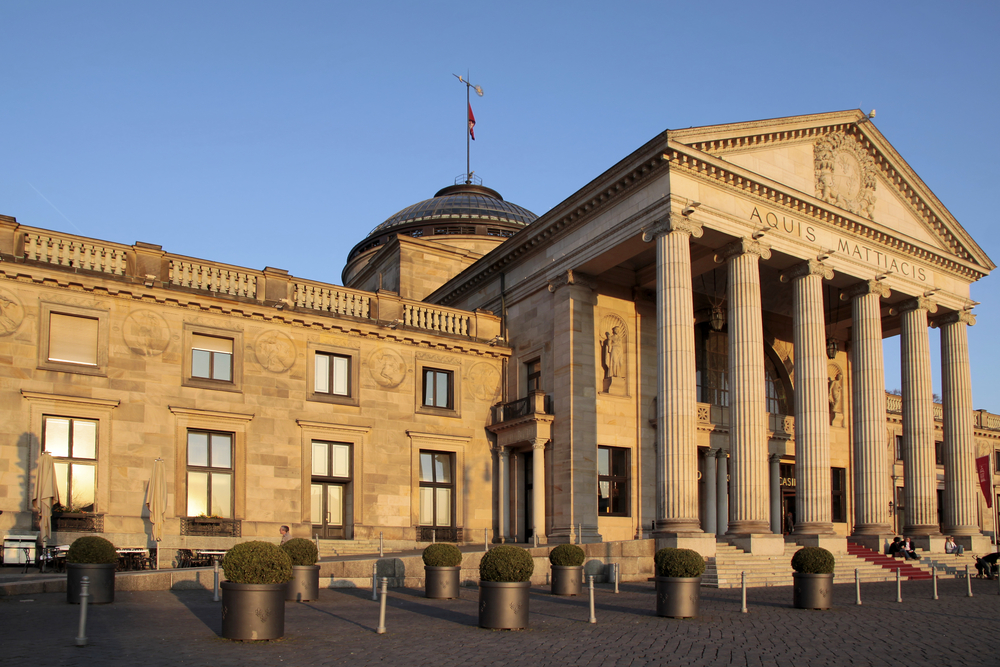 Kaiser-Friedrich Therme was built in 1913 as a bathhouse on the site of a Roman steam bath. The spa is reminiscent of the luxury spa days of the Emperor Wilhelm. It allows visitors to experience an “Irish Roman” spa culture by providing an ancient unique and relaxing cleansing ritual in a succession of saunas and pools with naturally heated water of 66.4 C. This facility is designed in the style of a classical thermal bath in homage to the Roman sweat baths. It is decorated in a luxurious manner with pillared spaces and sophisticated ornamentation. The spa provides a range of wellness treatments and therapies using natural methods of treatment.

Thermalbad Aukammtal is a modern health spa that offers a premium range of health and wellness service. There are four indoor and three outdoor saunas that are uniquely designed for relaxation of body and soul. Utilising the therapeutic effects of sweating, Aukammtal offers a Finnish-style sauna using wooden huts with a high temperature and low humidity. 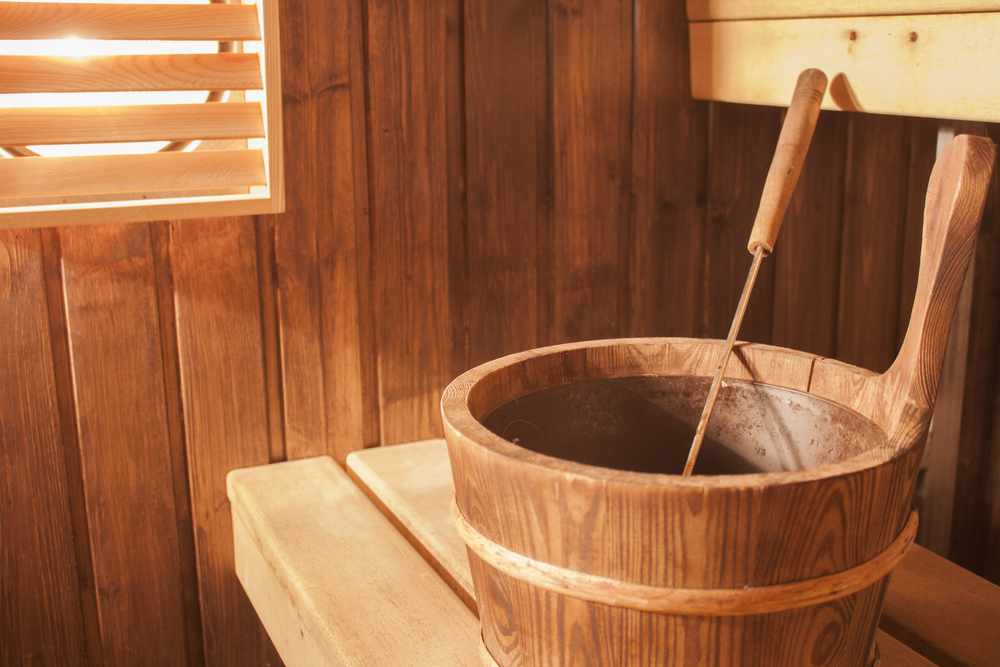 If retail therapy is your thing, then Wiesbaden has a lot to offer you. For a shopping mall experience including free child-care, visit the Lilien Carre center. For more specialist shops you can find stores that sell crystal, traditional cuckoo clocks, antiques and art, and in nearby Mainz-Kastel you can go bargain hunting at a thrift shop/fleamarket.

After all that shopping and exploring you will need to sit down and grab a bite to eat. There are lots of fantastic restaurants and cafes that you can find in Wiesbaden. A few of our favorite restaurants in the area include:

Wiesbaden has so much to offer including rich history, ancient Roman ruins, thermal or hot springs, castles, beautiful old town, thriving squares and so much more. What are you waiting for? Come and explore one of the oldest spa towns in Europe.

By car Wiesbaden is just over one hour north of Kaiserslautern and approximately 2 hours and 30 minutes north of Stuttgart. Click on DB Bahn for train details.