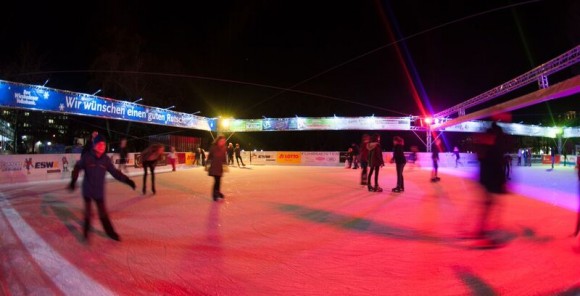 Wiesbaden on Ice: Skating in the City

The ESWE Eizeit (Ice Skating Rink) is the Wiesbaden version of New York City’s rink at Rockefeller Center! Nestled between the Wiesbaden Kurhaus and Kurpark, this ice rink is the perfect place to go skating in the city!

Growing up in the New York City area, everyone got in the holiday spirit and knew Christmas was just around the corner when the Rockefeller Center’s ice rink opened each year. I loved to watch the skaters taking lessons while holding a death grip onto the railing or the show-offs in the middle doing triple axle jumps. Then if you decide to hit the ice yourself, you would feel the mixed emotions of pure exhilaration and terrifying nervousness of the possibility of flipping onto your back!

When I saw the banners for the ESWE Eiszeit hanging in Wiesbaden, I knew I had to check it out to fill the missing Rockefeller Center void in my holidays this year.

There is something romantic and cozy about ice skating in city parks perhaps because of Hollywood movies influence. This rink offers the city ice skating feeling and also the inviting atmosphere of an Alpine ski lodge. What a wonderful combo! 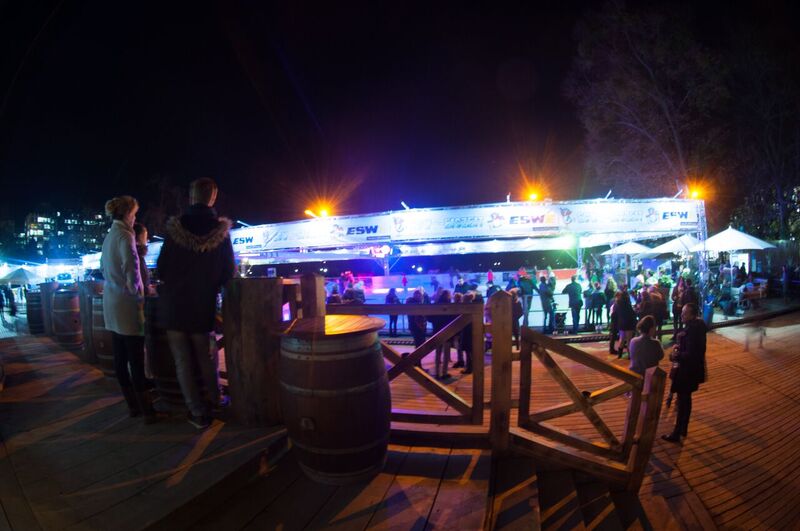 The food and drink area is like a small Christmas Market. They have vendor stalls outside and also a sit down restaurant that is decorated like a ski lodge! It was so inviting and warm inside, I could sit there all night. However, there was skating outside and I was so excited to get on the ice! 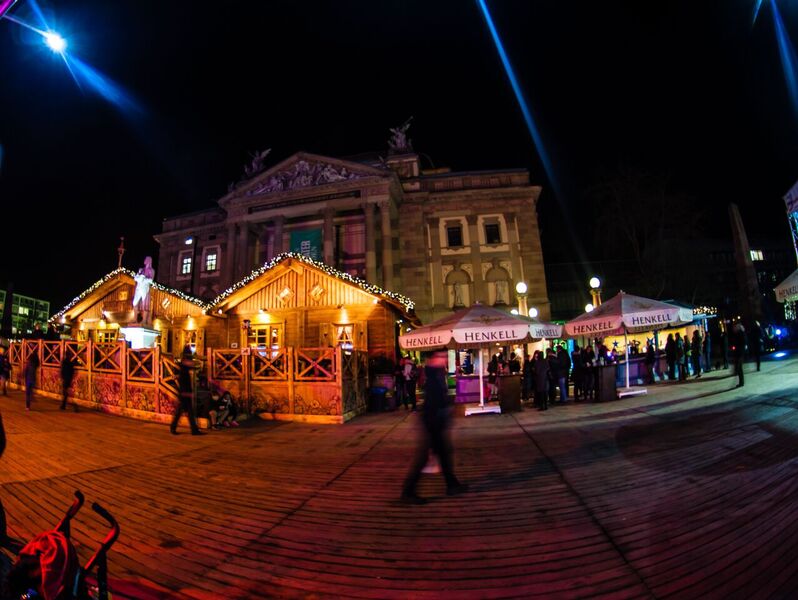 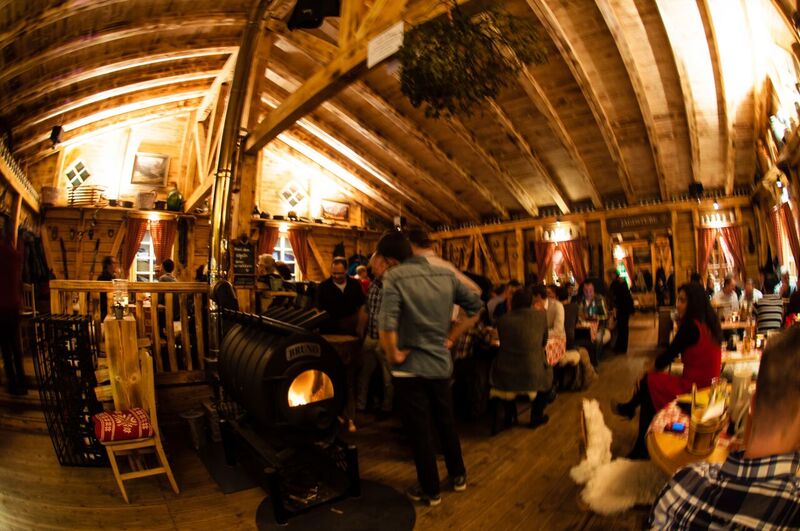 The first ticket booth is where you pay for your wristband to enter the rink (4 Euro) and rental skates tickets (4,50 Euro) if needed. You can also give them a deposit for a locker key to store your belongings in. If you brought a purse, then you would want to lock it up for sure. You are allowed to leave your shoes in an area though. You pick up your rental skates from the second booth.

Time for the Ice

Skating on ice is just like riding a bike! I hadn’t ice skated in a year, but it all came back to me like I do it every day. I find ice skating such a great stress reliever and a great way to clear my mind. Here I was zipping around on the ice and bobbing and weaving through people. Only an hour before that I was planted in my office chair staring at a computer screen.

I was skating with my 4 ½ year old daughter as well and they have a great helper for kids available! There are several very heavy penguins that slide along with your child and act as a walker on ice. We named the helpers after the famous penguin cartoon, Pingu! Pingu is great way for kids to build their confidence and strength. 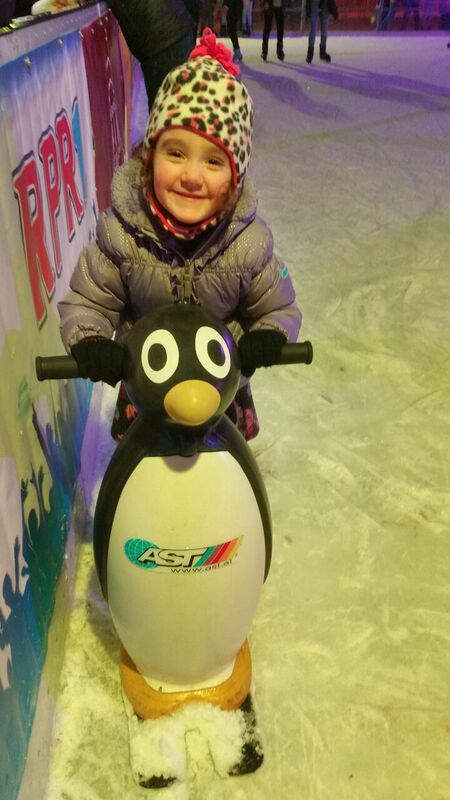 After my skating fun in Wiesbaden, I definitely felt more in the holiday spirit! It may not be home, but after all (as it is said) home is where you hang your heart. 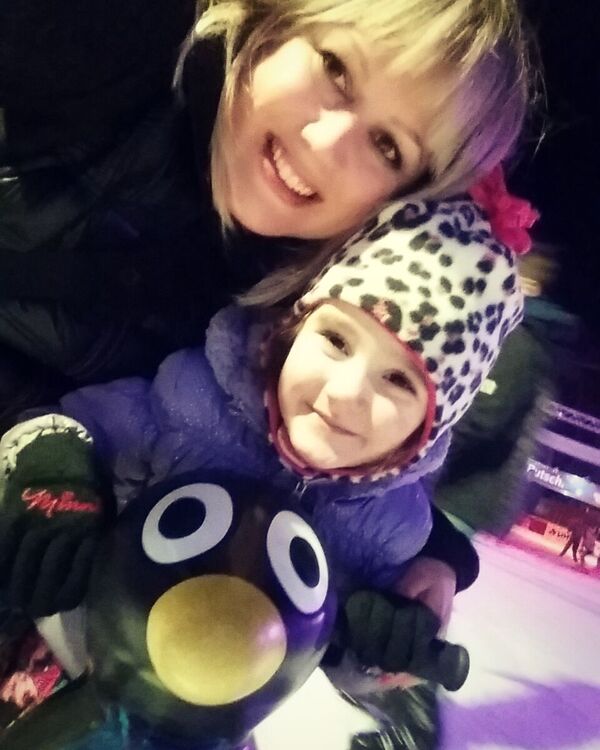