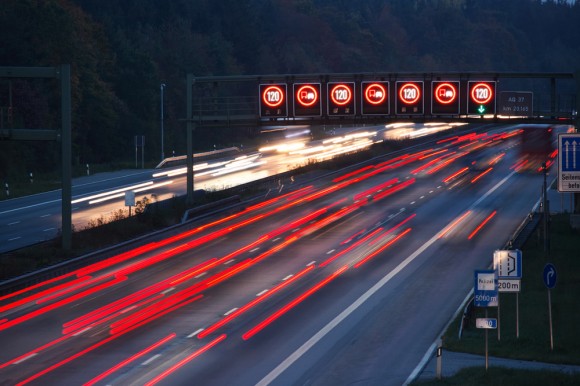 What is so Great About the German Autobahn?

Ever since the first stretch of the German Autobahn was completed in the 1920s, it has been regarded as the perfect road for every car. This is primarily because it is almost flawlessly designed and is constantly being maintained. These factors help keep the Autobahn in great condition at all times and in all weather conditions. Also, the fact that there are no fixed speed limits makes it very appealing to drivers from all around the world.

Today, the Autobahn is one of the world’s largest highway networks with a total length of 7,900 miles. It goes through most of the 16 states of Germany including Bavaria, Baden Wurttemberg, Saarland, Hesse, Saxony, and Berlin, connecting all major German cities. Depending on the section, the Autobahn features two, three or four lanes in each direction. 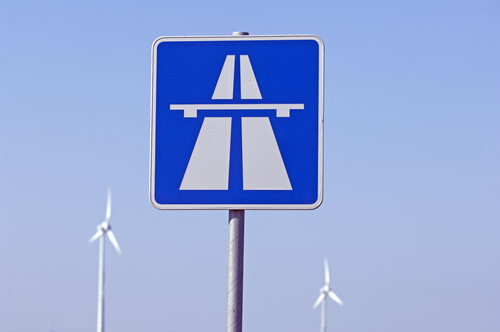 There are landscaped green medians throughout the entire length of the Autobahn with guardrails down the middle and concrete barriers on the newer sections. These guardrails and barriers is one of the reasons why there are not as many accidents on German highways as there are in the United States even though vehicles travel at much higher speed in Germany. The sturdy barriers dividing the highway prevent head-on collisions which are almost always fatal.

Furthermore, drivers are only allowed to pass on the left, and must get back into the right lane as soon as they are finished passing.  This leaves the left lane (mostly) free to those who travel at higher speeds, which also helps preventing collisions.

While there is no general speed limit that applies to all sections of the Autobahn, there are certain areas such as urban areas or sections with sharp and dangerous curves, where drivers are prohibited from driving faster than 80 mph. Additionally, there are speed limits in construction zones that are usually set at around 40 mph. There are also dynamic speed limits on some sections that change depending on weather and road conditions. On sections where no speed limits are posted, the average travel speed is between 80 and 100 mph.

With vehicles often traveling much faster than 100 mph, one would think that crashes are a pretty common sights on the Autobahn. However, statistics show that it’s actually very safe and the accident rate is much lower than that on the U.S. Interstate. Although about 30% of the traffic in Germany goes through the Autobahn, only 10% of all accidents in Germany occur on it. In 2009, only 6% of all crashes around Germany that resulted in injury happened on the Autobahn and 12% of all fatal crashes took place there.

In addition to the excellent design and meticulous maintenance, another factor contributing to the incredibly low accident and fatality rate on the German Autobahn are the strict driver licensing laws. In Germany, you must be at least 18 years old before you can apply for a driver’s license. Unlike in the U.S., driver’s license can be obtained once turning 16. Also, licenses in Germany are pretty expensive and may cost up to $2,500. Drivers are also required to complete a driver’s ed course and have a large number of behind-the-wheel training under all conditions (rain, night, rush hour etc.) with professional insutrctors before they can apply for a license, which includes another test with a new examiner.

With all this in mind, it’s no wonder that the Autobahn is one of the world’s most famous highway systems. It has become somewhat of a tourist attraction with millions of drivers from across the globe going there to get a feel of the ultimate driving experience.

Author Profile:
Jordan Perch keeps up with the latest news in the world of cars and automotive industry. He writes all sorts of how-to articles on many different subjects related to the DMV, car reviews, automotive trends, and useful tips for drivers. He is a passionate car enthusiast, and he gained his creative writing skills at college. He enjoys expressing himself as a blogger and shares his thoughts to the global audience.