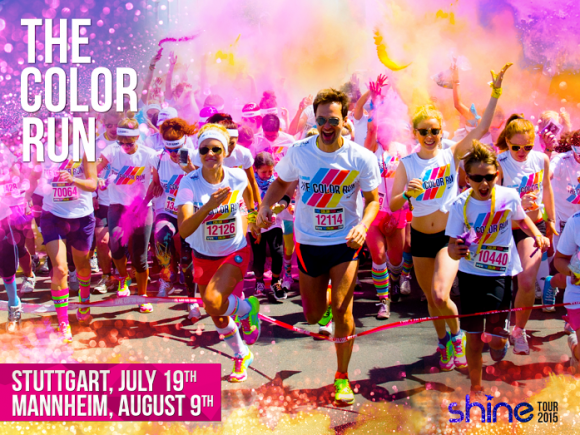 The Color Run is Coming to Germany

The world’s craziest and most colorful 5-km race series in the world will be taking place in 10 cities around Germany.

SHINE TOUR: For the first time the run is organized under an official event motto that promises to deliver even more glitz & glamour in addition to the usual color fun. 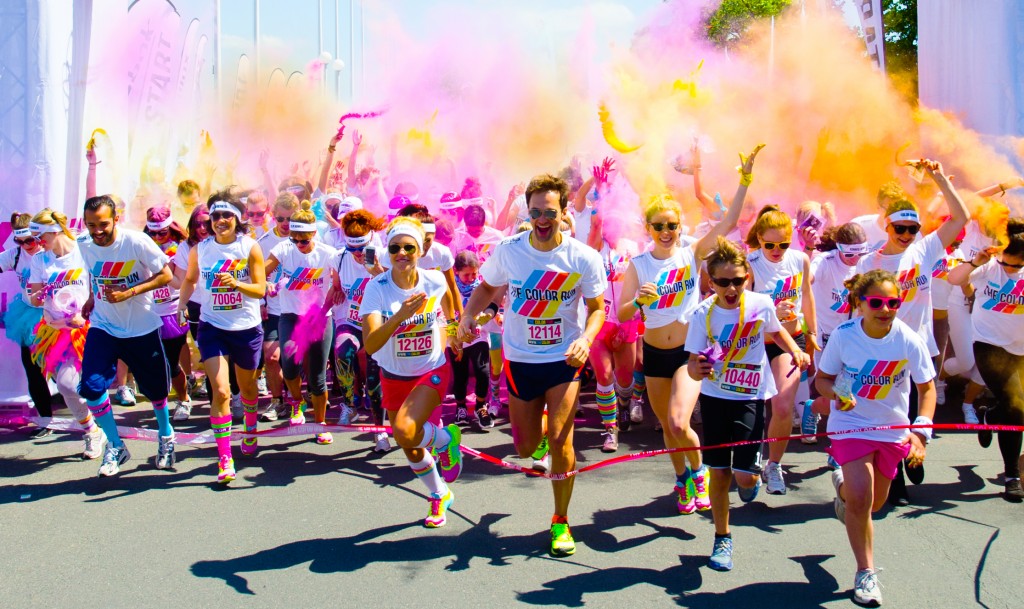 Start in brilliant white and end up at the finishing line as colorful as can be – and then party, party, party! That just about sums up the craziest and most colorful running event in the world. The unique combination of summer party and fun sports event for participants of any age will tour the length and breadth of Germany, leaving tens of thousands of COLOR RUNNERS covered in paint and filled with joy.

THE COLOR RUN is not about achieving a personal best – it is all about having fun and experiencing a community event. For this season the organizers have come up with a great new idea: at the “SHINE Tour 2015” participating runners won’t just be pelted with different colored powder paints; they will also end up covered in a sea of glitter and sparkly bits.

At THE COLOR RUN, the craziest, funniest and most colorful race in the world, fun is guaranteed. The event turns even the laziest couch potato into an enthusiastic party athlete. Whether together in a team of friends, work colleagues or with the whole family – this fun-run is an unforgettable experience and at 5 km-length is definitely the longest party of this summer!

Dancing, keeping ‘it moving’ and throwing powder paint – it’s a day filled with highlights and fun. After a gentle warm-up in front of THE COLOR RUN stage all runners line up at the starting line. That’s where COLOR RUNNERs start things off with the ‘start line party’. Following the starting signal runners pass through a total of four “COLOR ZONES” during their 5-km-long run. Volunteers pelt them with colored paints made from 100% natural colored rice flour powder paint. Whether runners are jogging, running or dancing – each one determines their own pace. Looking a colored mess but feeling totally exhilarated, runners arrive at the finishing line, where they can let off some final steam at the Finishing Party, which is held in front of a huge stage with color cubes and accompanied by great music.

THE COLOR RUN welcomes participants of all ages and running abilities – young or old, fast or slow, individual runners or ‘team players’. Tickets for Mannheim available only at www.thecolorrun.de (WEBSITE IN ENGLISH!) 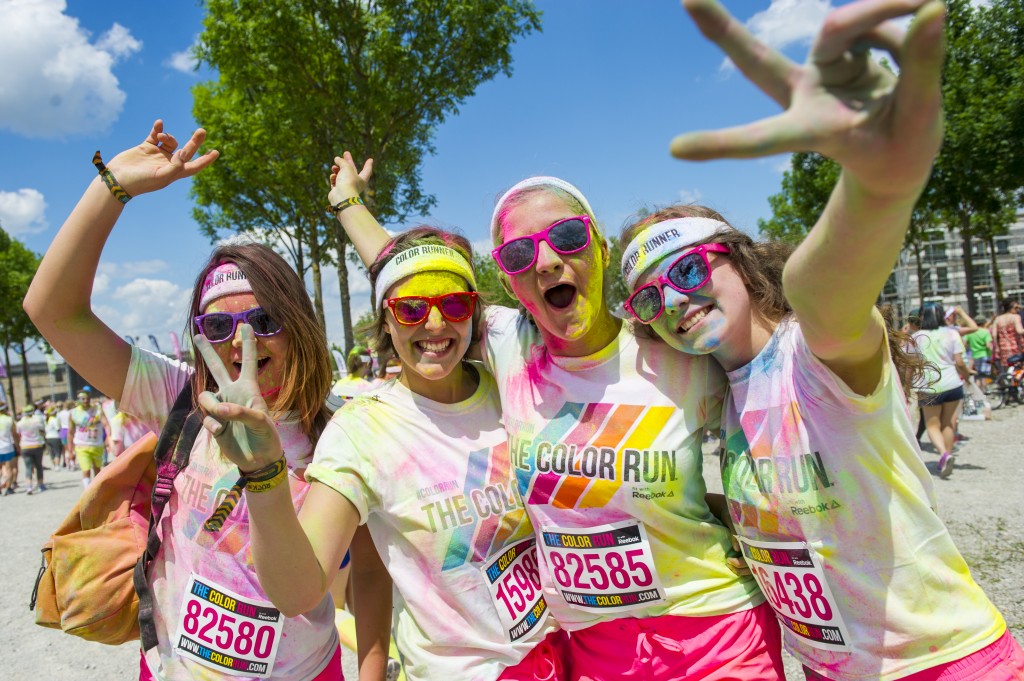 Ticket prices start at € 25.99 for adults and € 15.99 for children aged 8 to 13. Children under 8 can enter for free. Each runner receives a comprehensive starter pack comprising the original COLOR RUN T-Shirt, headband, individual starting number and at least one bag of color, amongst other things.

Over the last few years THE COLOR RUN has achieved cult status. It was first held in the USA in 2012; by now more than two million people are enjoying the event every year across the globe. In 2015 over 300 runs are being staged internationally – 10 of these in Germany alone.