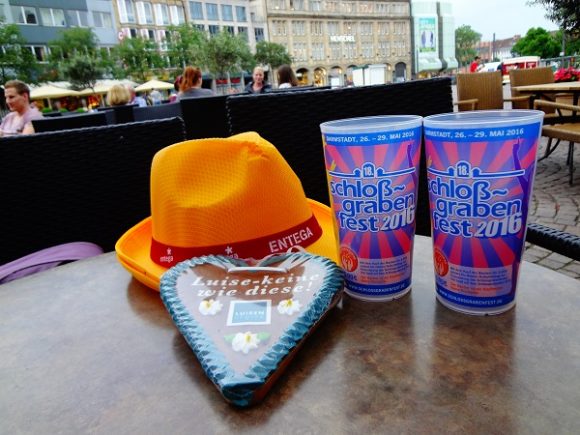 Darmstadt, Germany held its annual Schlossgrabenfest in late May. The actual translation of this is “castle moat festival”. The event has been taking place since 1999. Today it is one of the biggest music festivals in Germany. Over 400,000 attended this four-day event.

For the Love of Fest! 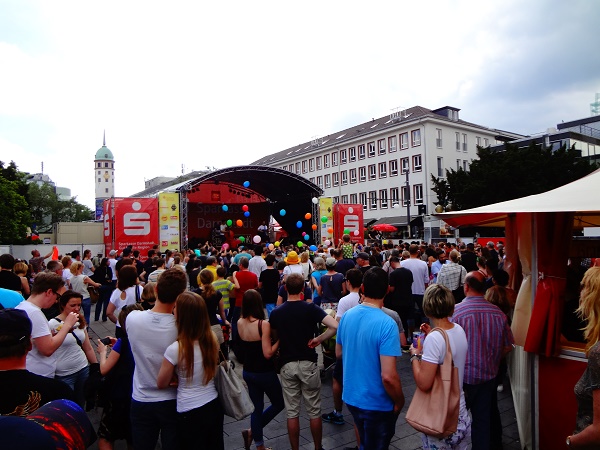 We went because we love live music (even if it is in German) and we love anything to do with a fest! Where there’s a fest, there’s always food and drinks. The festival is free and open to the public. 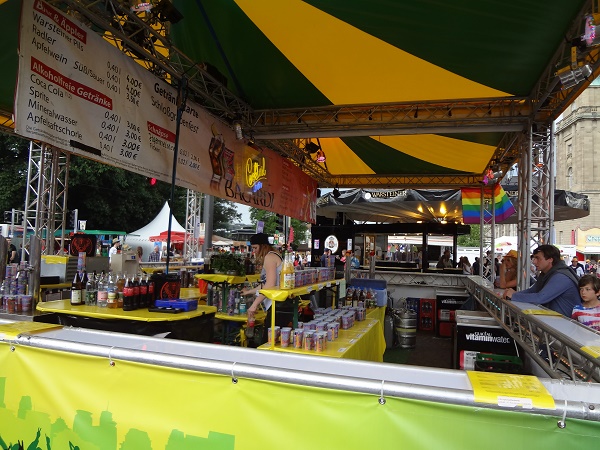 Different from the Usual Fest

This festival was a lot different than most of the fests around the Kaiserslautern area. The vendors were different, and by different, I mean they weren’t selling the same food you can get at every fest. We had a bison burger after turning down Falafels and veggie burgers. 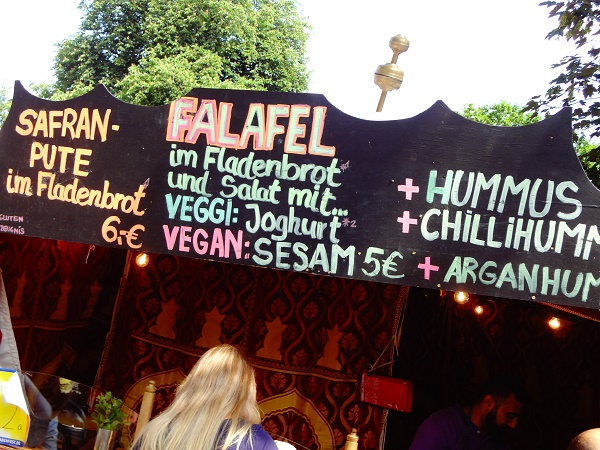 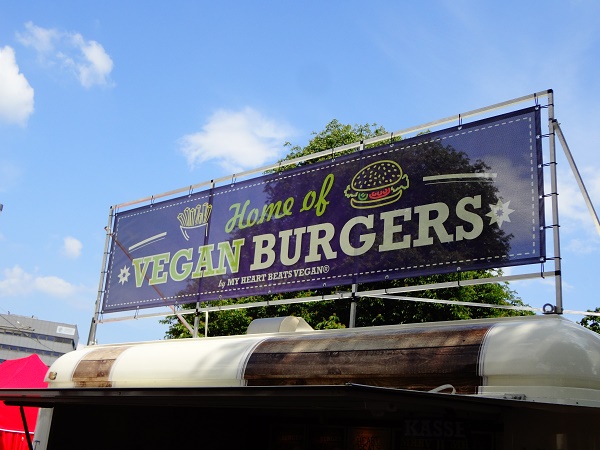 A few of the typical food vendors were there as well…meat over a spit and smoked salmon. In total, there were more than 160 booths with internationally inspired food and drinks. 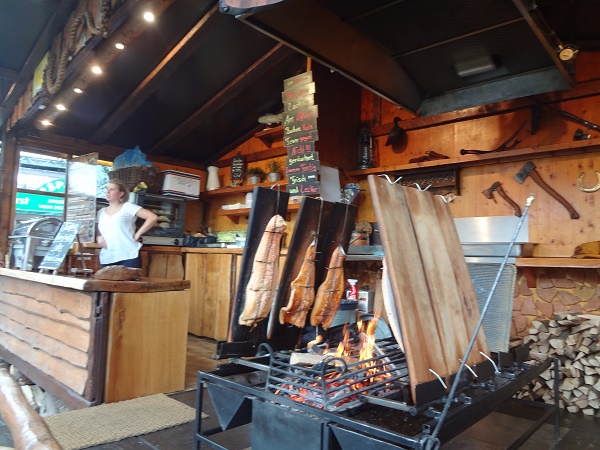 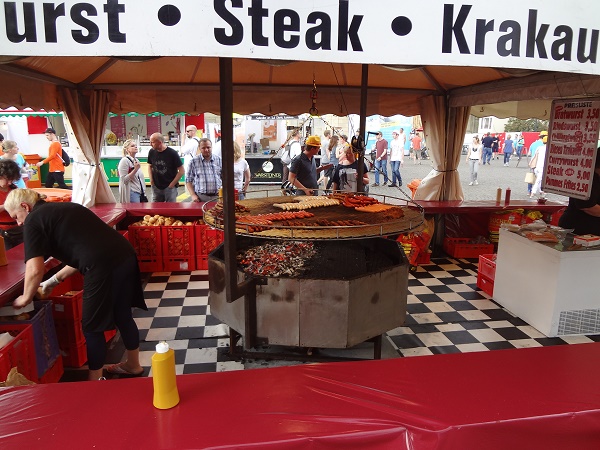 They even had something special for us Americans! 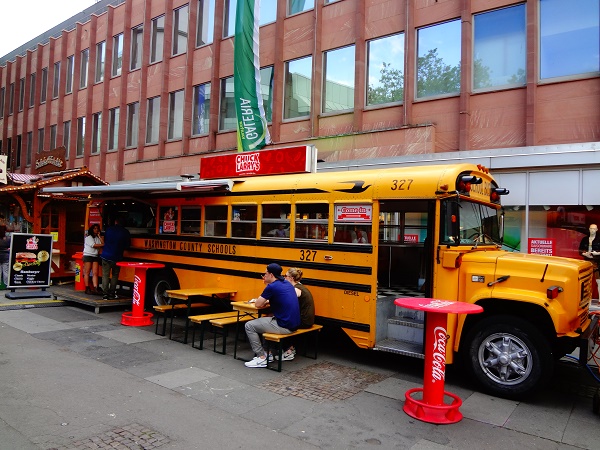 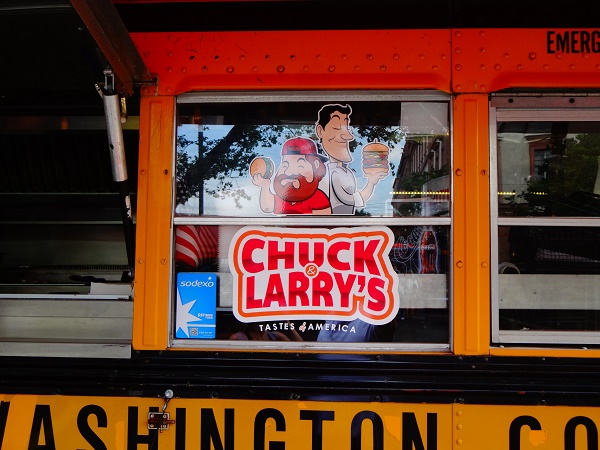 In the 20,000 square foot downtown area, streets were closed and four stages were setup to showcase a variety of music. More than 100 bands played over the four-day weekend, giving a mixture of Pop, Rock, Alternative, Hip Hop, and Cover tunes. There were even some songwriters and slam poetry. 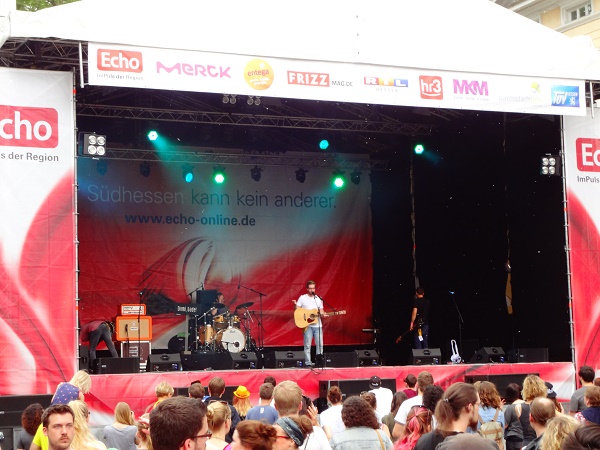 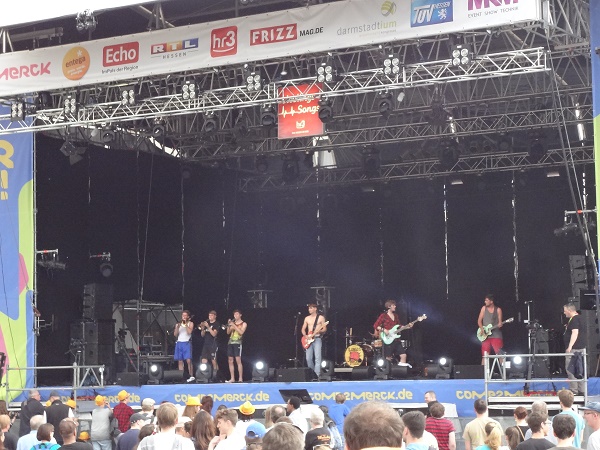 A nightclub set up an outside disco enticing people to dance. 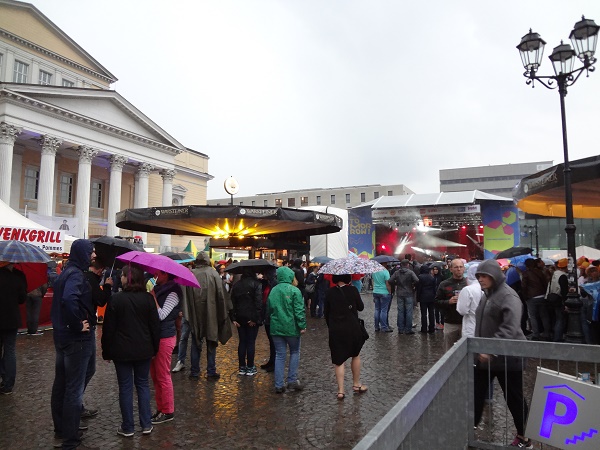 Unfortunately, the weather was not good on the day we attended so we had to call it a day earlier than expected. Others seemed to be determined to stay despite the rain and thunderstorms. 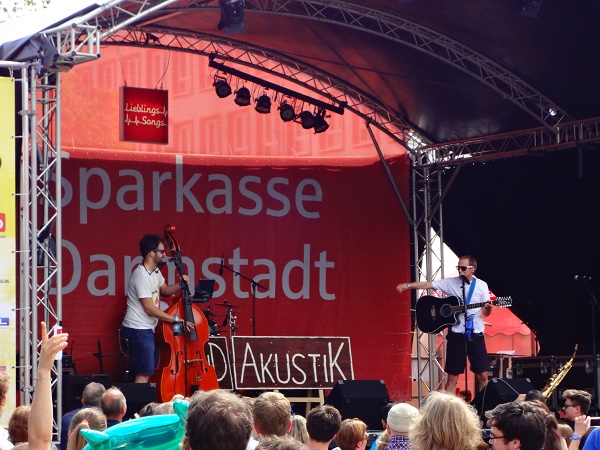 Since this is an annual event, you can put in on your calendar for May of next year. Hopefully the weather will cooperate!

While preparing this article, I ran across some information concerning security at venues such as this one. Over 26 women filed complaints during this event after being sexually assaulted. I will not go into the details of what happened or who was responsible for these crimes. I just wanted to remind you to be diligent and aware of your surroundings while out and about.