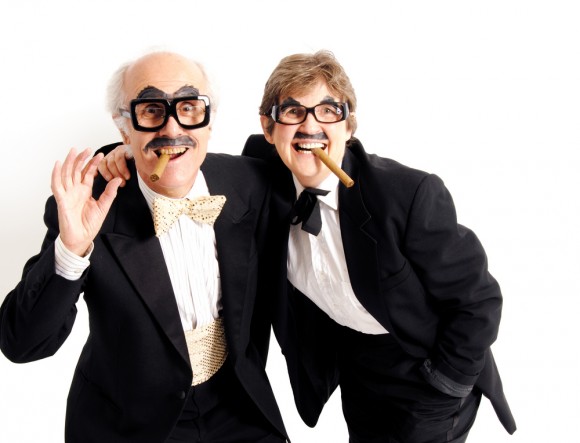 When great clowns are afoot, they need competent accomplices to see their shenanigans through.

Nothing kills a genial laugh quicker than a character that does not connect with the clown. 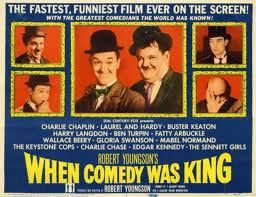 Margaret Dumont was not amused by the Marx Brothers; her disapproval was so hammy that it became a comedy bit in and of itself. Like a snooty rodent rooted to the spot by the cobra’s lidless gaze, she stood mute and ruffled by Groucho’s leer and Harpo’s bare leg laid saucily on her lap.

Bud Jamison and Vernon Dent were solid, substantial citizens, functioning sanely as bankers and police chiefs until the Three Stooges invaded their settled domain to bring down civilization with their pugilistic nonsense. They were never embarrassed or puzzled by the zanies that crowded their personal space; they were simply and gigantically outraged, giving no time to pondering how such things can happen.

When a dope was needed by the likes of W.C. Fields, he could confidently turn to Grady Sutton as a moon-faced idiot who appeared to be born lobotomized. The word “patsy” glowed from his baby cheeks.

The humorless deadpan of Charles Middleton or Ned Sparks still gives earnestness a bad name to this day. They could be counted on to remain unimpressed no matter what doomsday devices were comically set off before them.

Volcanic Edgar Kennedy, veteran of movie veterans, was a force majeure in the world of clowns. Seemingly in every comedy made between 1920 and 1945, he stood for a quiet, homey world, where his slippers and pipe would be ready for him by the hearth. But he was doomed as surely as any protagonist in a Greek tragedy to fly off the handle and butt heads with one clown after another, until his face would collapse in complete frustration as he attempted to save it from utter ruin by supporting it with the palm of his hand.

Charlie Hall delivered so many telegrams and schlepped so many suitcases in so many riotous films that he became more of a family friend than a character actor. “Oh look, there’s Charlie . . . something good is going to happen soon!”

Billy Gilbert stormed up and down the movies, eyes popping with unholy resentment at what the clowns were up to. Or he might be a mildly bemused, sneeze-addled buffoon with more facial tics than Sarah Bernhardt.

And that doughty Scot, James Finlayson, whose jaundiced take on mankind itself was manifest in towering eyebrows that shot down like the blade of a guillotine the moment he caught sight of Stan and Ollie. With zero tolerance for monkeyshines, his histrionics were Homeric when exposed to the standard shenanigans of Spanky or Charlie Chase.

Franklin Pangborn. Shemp Howard. Dazzling Christine McIntyre. Edward Everett Horton.
They all aided and abetted the prime jesters of the Twentieth century, working as second bananas with such panache that their faces and gestures still echo faintly in our collective psyche.

They were the retainers to giants, giants which are all extinct today. They will not be seen again, this side of Mack Sennett or Hal Roach.