Luxembourg ~ A Day of Remembrance

Unfortunately, I do not remember many of my history lessons. History was not my favorite subject in school. For the past couple of years, living in Germany with so much rich history has made me regret that particular weakness. I am, however, fascinated by cemeteries and memorials. I know that those souls, long laid to rest, have a story that I will never know. I often find myself drawn to these peaceful acres of slumber as I wonder silently about the impact they might have had on the ones they left behind. 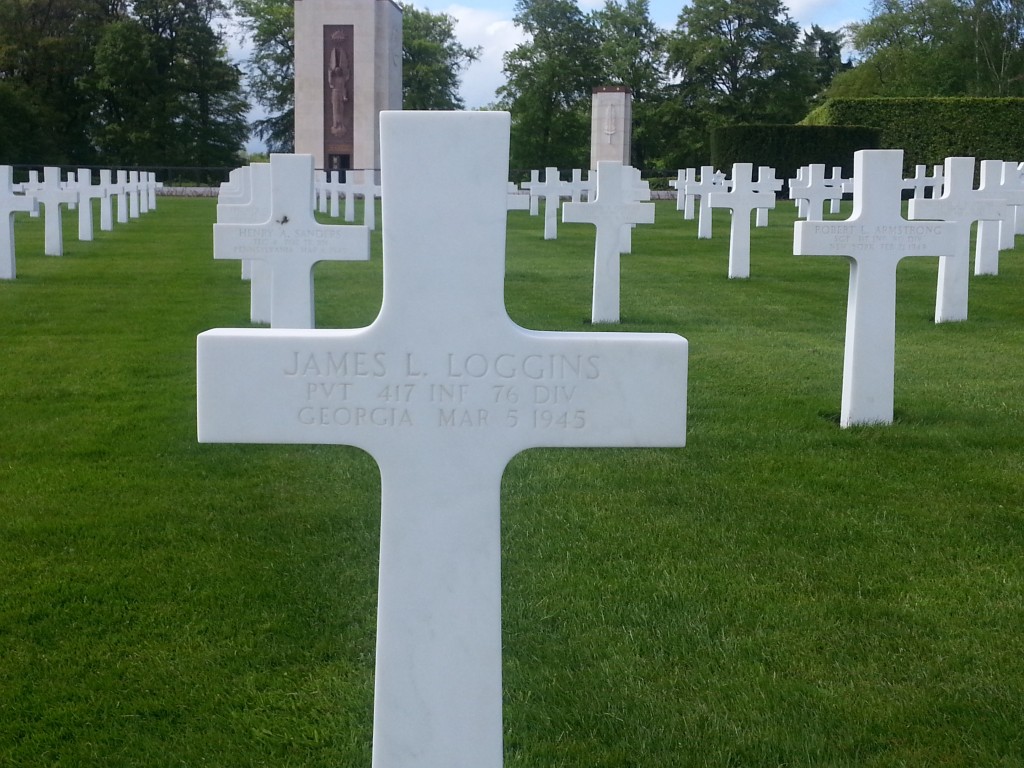 The American cemetery in Luxembourg is a sobering reminder of everything that Americans sacrificed during the war. More than once, I felt my heart sink for all of those families that lost their sons and fathers. The names may be unknown to many who visit, but what they did and what they lost are not. As I walked between the cross memorials, I had to breathe through the knot in my throat. Luxembourg is a beautiful memorial to the ones who gave it all for the freedoms that we enjoy today and so often take for granted. 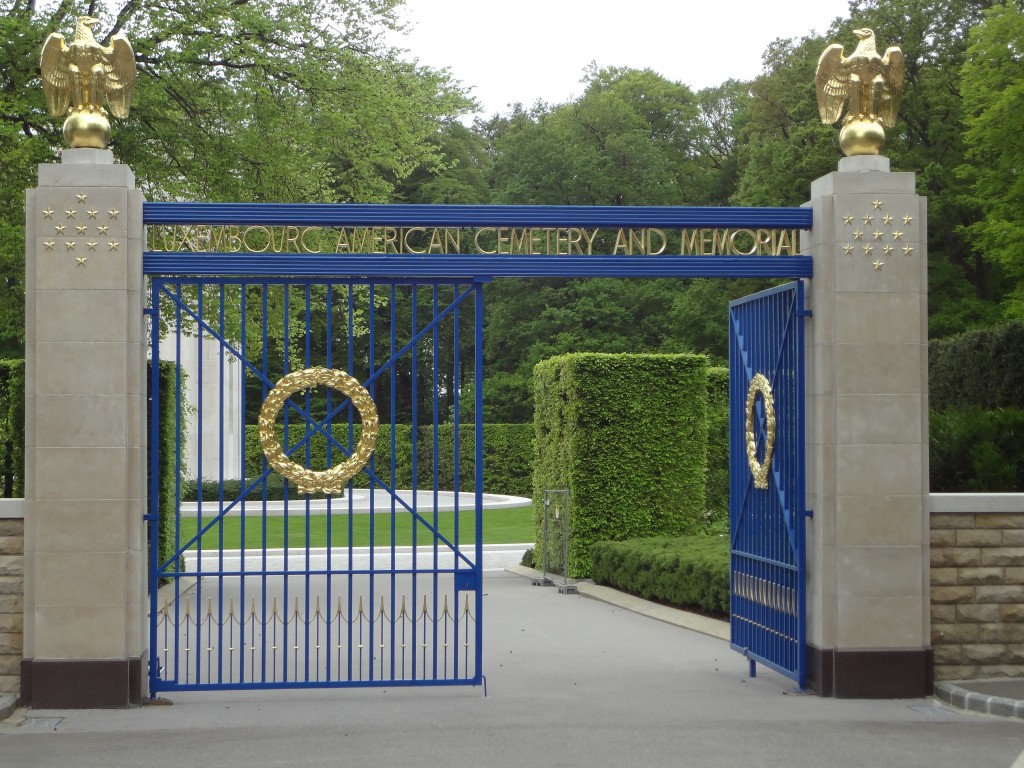 The cemetery consists of 17 acres of beautifully manicured lawns surrounded by over 30 acres of woods. This is the resting place for more than 5,000 American soldiers who fell during the Second World War.

At the entrance, there is a memorial chapel and two large walls facing each other. On these walls are maps depicting the detailed movements of the Battle of the Bulge and the major movements in Western Europe. On the reverse side of each wall is a list of the service members lost in battle. Twelve bronze rosettes identify the men who have been recovered since these inscriptions were made and now rest in known graves.

History of the Cemetery 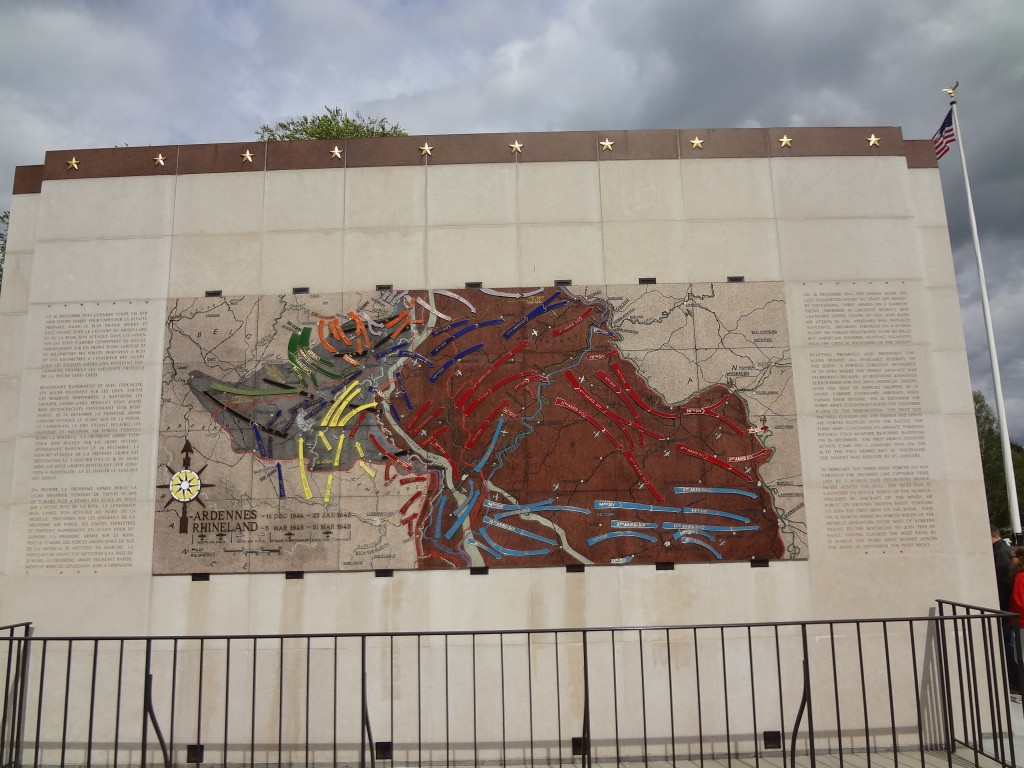 There is plenty to say about the history of the cemetery. Americans liberated the spot from German occupation on September 10, 1944 and it became a temporary burial ground. It was later made permanent by the Luxembourg government. 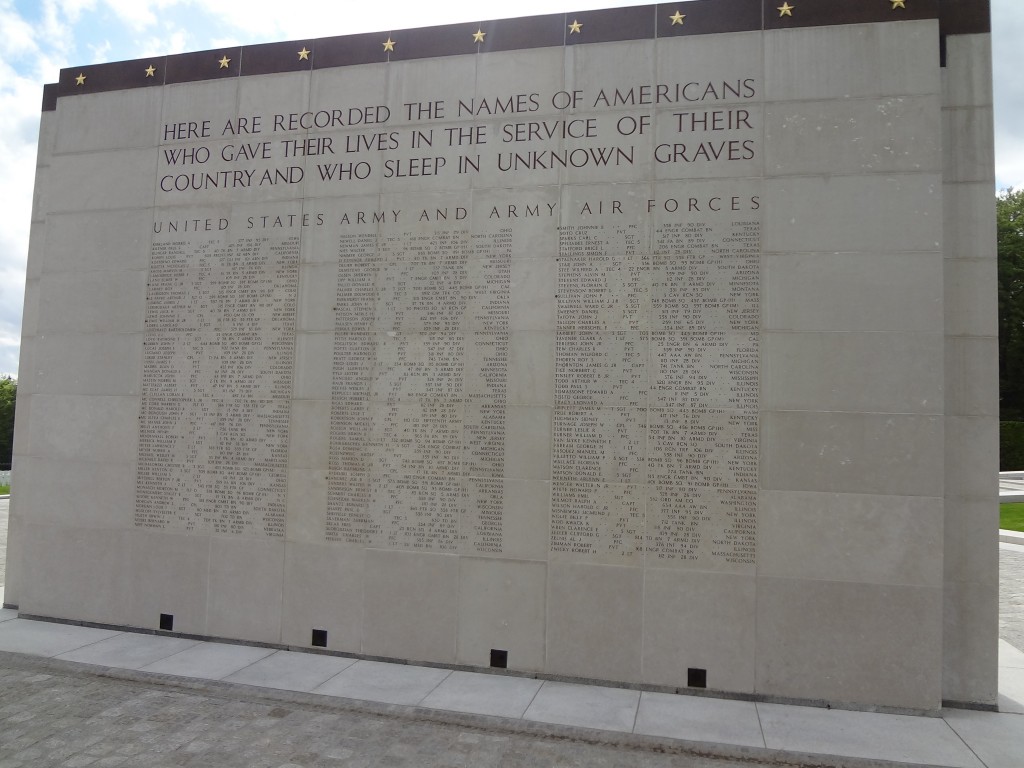 Without a doubt, the most famous of those buried here is General George S. Patton. He was killed in a car accident just after the end of the war and was laid to rest in this cemetery at his request to “be buried with his men”. 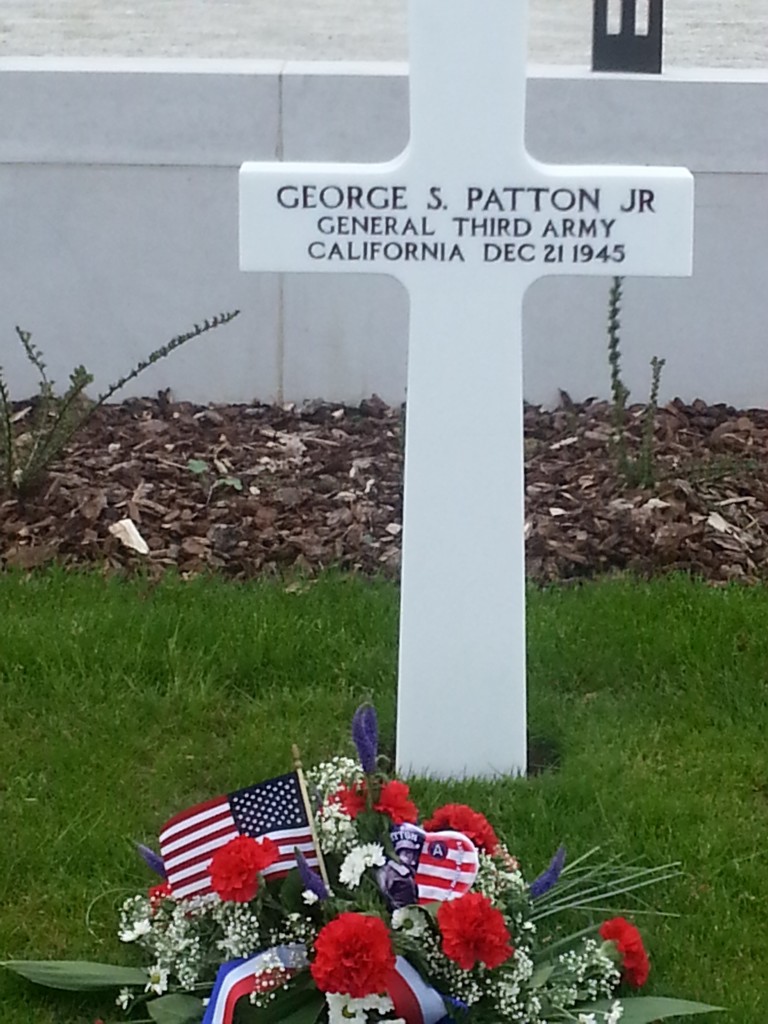 We visited the cemetery late in the afternoon, just before closing time. It was an honor to be there for the lowering of the flags. 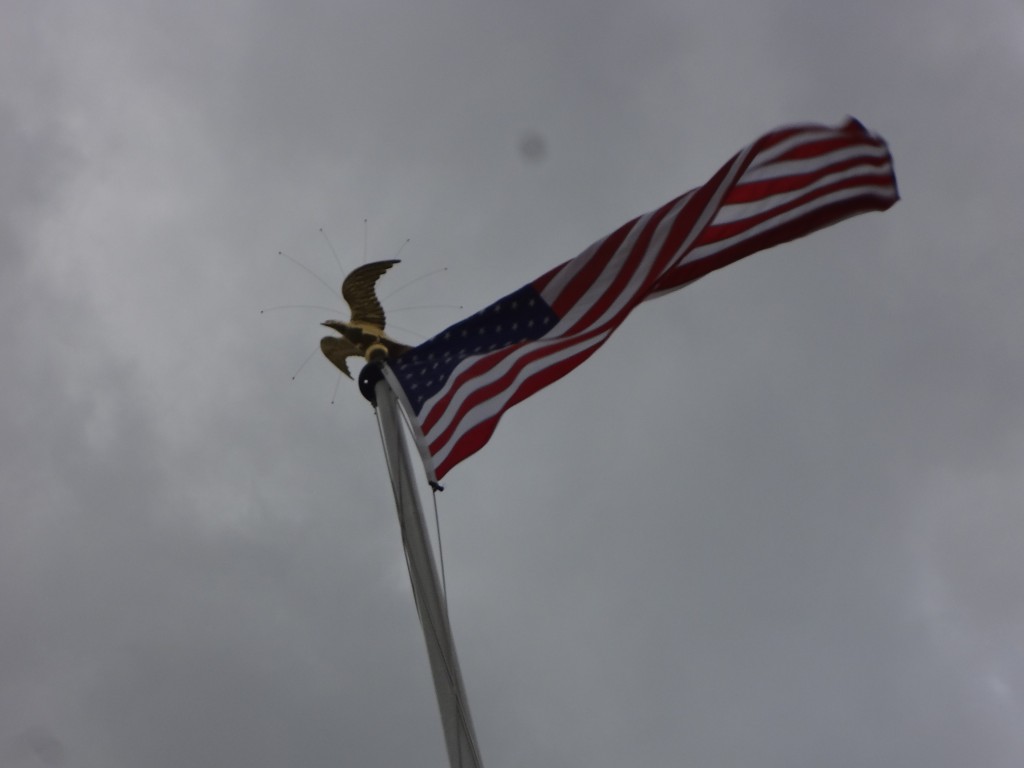 The cemetery is open daily to the public from 9 a.m. to 5 p.m., except Christmas Day and New Year’s Day. There is a staff member on duty in the visitor building to answer questions and escort relatives to grave and memorial sites. 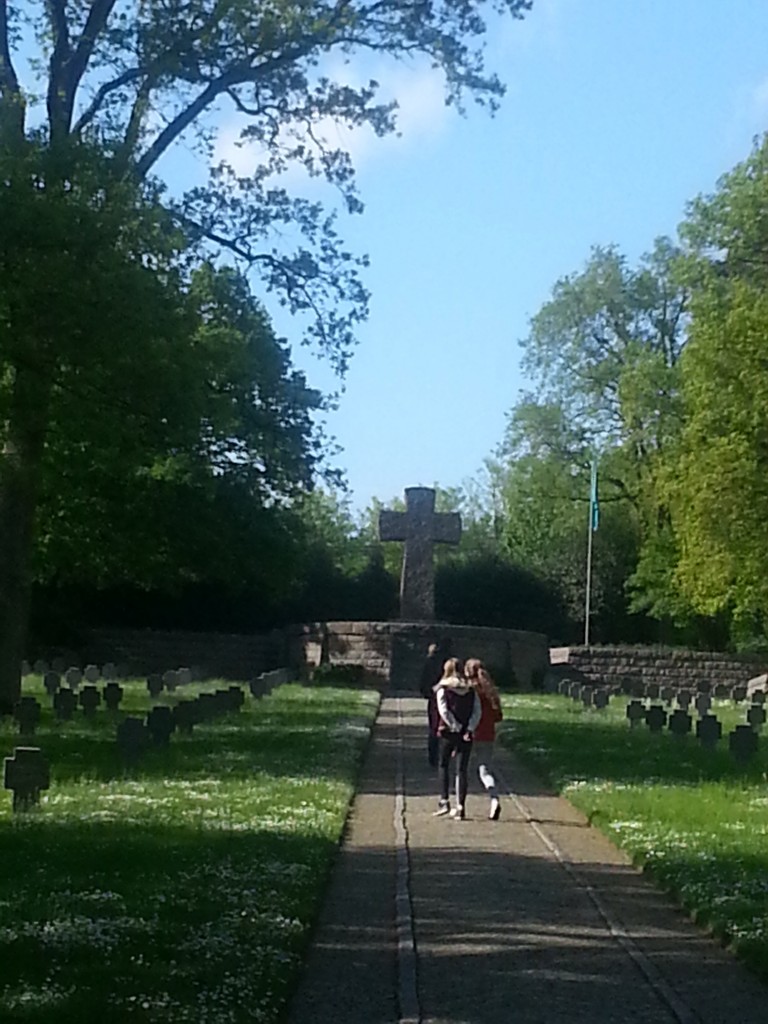 This is an optional ending!! You can include it or not…up to you. Just a little ways down the street, only about a kilometer and a half away from the Luxembourg American Military Cemetery, is the German military cemetery. After the battle, Americans began to bury not only their own lost comrades, but also those of the German army. This cemetery contains over 10,000 graves from those who lost their life. Over 5,000 were placed there by Americans.

After the war, the German War Graves Commission moved over 4,800 remains from over 150 other cemeteries throughout Luxembourg. Most of these were mass graves with very little information about who the remains belonged to. The Commission set out to identify as many of the remains as possible and were able to positively identify over 80% of them. This cemetery is the first military cemetery for Germans outside of Germany and was inaugurated in 1955. The last person to be buried here was an unknown soldier discovered in the forest near Wiltz in 2007. Being that my husband is of German descent, we were able to find his family name in the German logbook.

If you are ever around this little corner of Luxembourg, please stop by and pay your respects. They deserve nothing less. 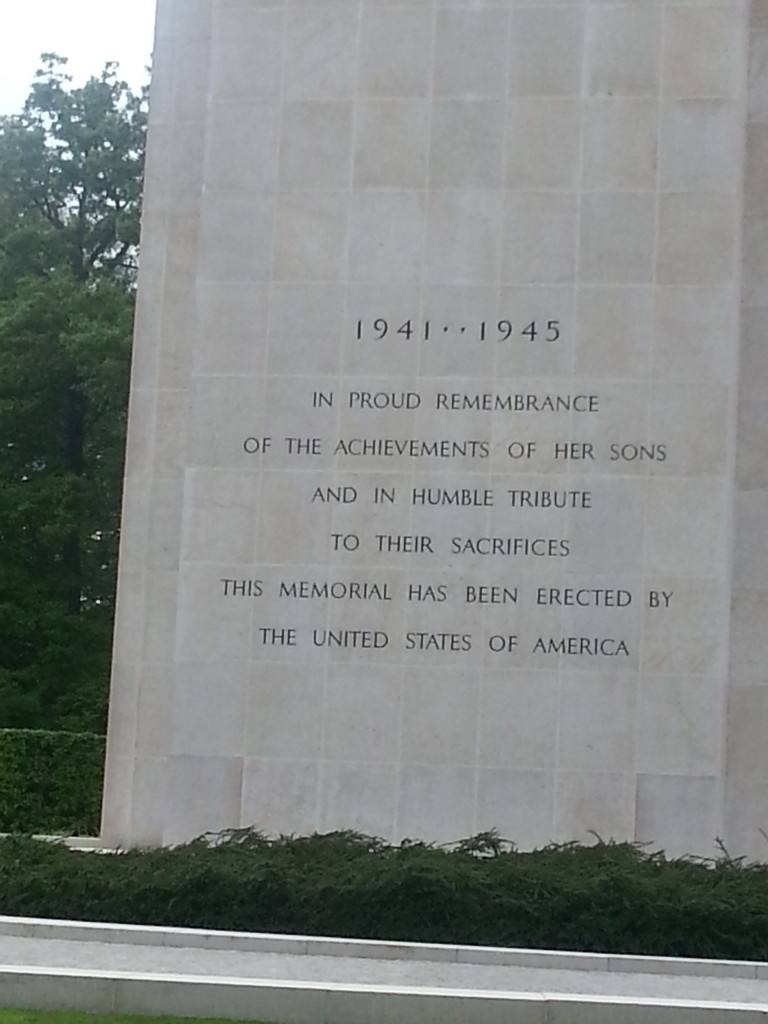 Luxembourg is approximately 2 hours west of Kaiserslautern, 2 hours and 40 minutes west of Wiesbaden and 4 hours northwest of Stuttgart. Click on DB Bahn for train details.