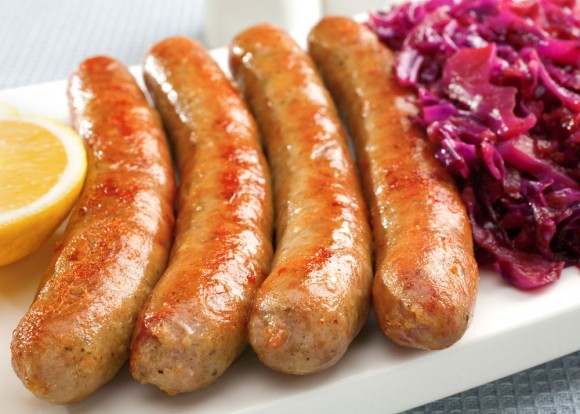 Not only does Germany have the largest selection of wurst in the world, it also is a major part of the Germany cuisine. From Bratwurst to Leberkäse, there are more than 1500 different kinds of wurst many of which are not available in the U.S. So here is a rundown of the best and wurst of German sausages… 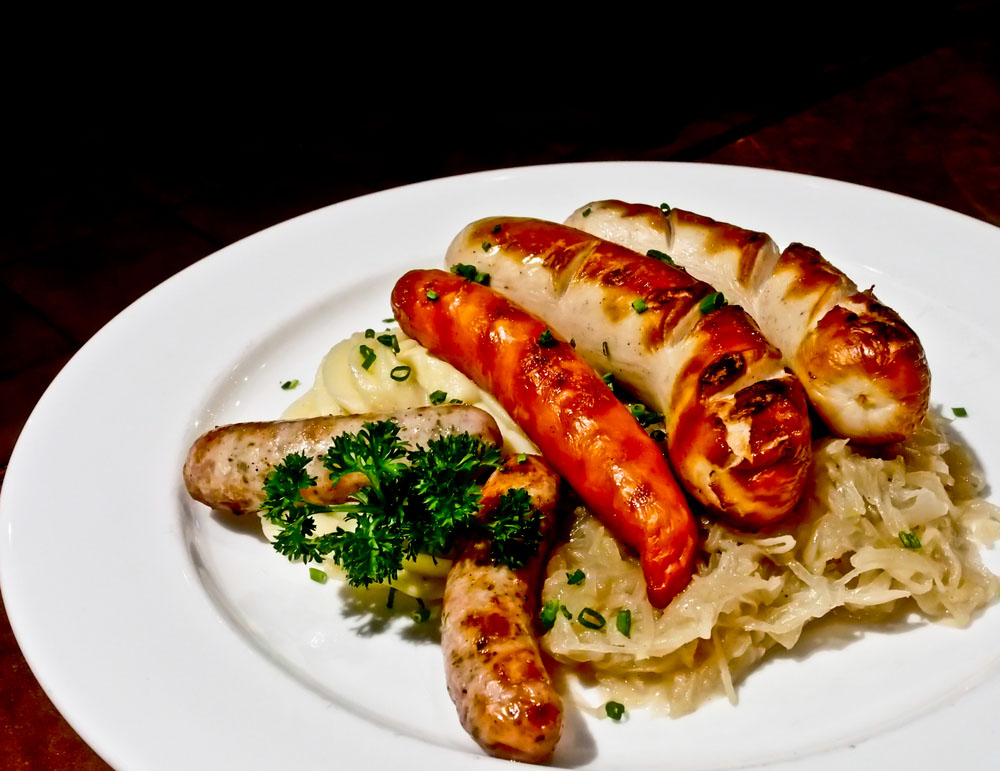 Wurst is eaten in Germany in the mornings, afternoons and evenings as well as during the holidays and festivals; in fact… all the time! Cold cuts are commonly eaten for breakfast, served with other items such as butter, hard-boiled eggs and Brötchen (bread rolls). The largest meal of the day in Germany is normally lunch (mid-day), and often sausages are served at this time along with salads and potato salad. During the evening meals tend to be light at which wurst, cheese and slices of bread are served – this is called Abendbrot (evening bread).

To add flavor and heartiness, wurst is added to German soups, stews and casseroles. A main component of the various German festivals (for example Oktoberfest) is the availability of the different types of sausages. Also the traditional Christmas Eve meal is sausages and potato salad. 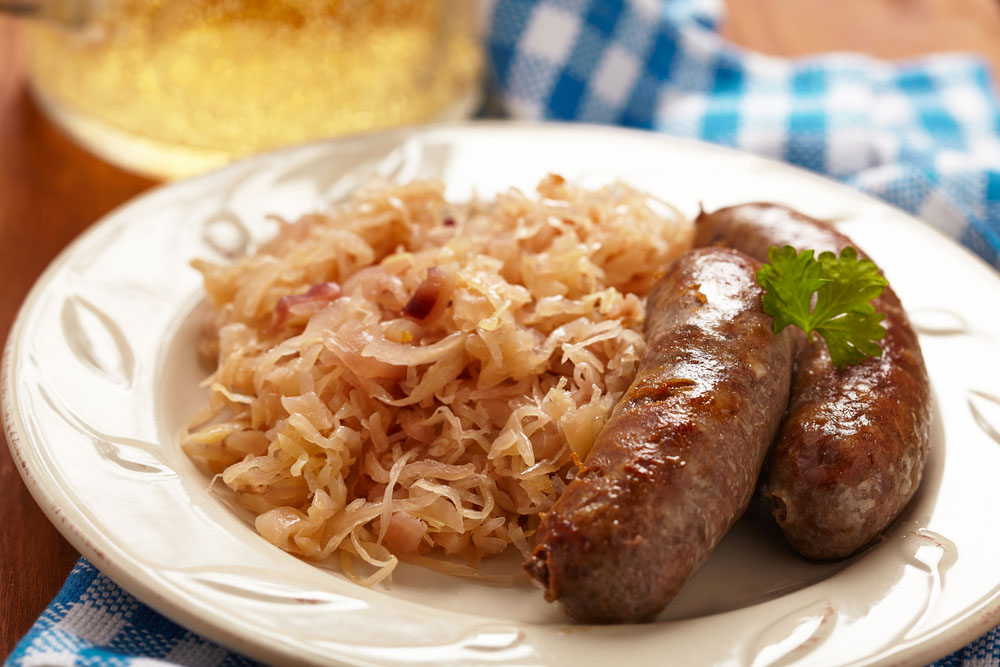 Wurst sausages are casings (natural or synthetic sausage skin) stuffed with ground meat (chopped pork and other meat) and starch filler such as seasoning and spices, breadcrumbs and sometimes others. They may be preserved by curing, drying or smoking.

Raw sausages are uncooked in the traditional sense but may be dried, brined or smoked and they tend to keep for a long time. Mettwurst and salami are examples.

Fresh sausages are standard uncooked meet that you grill, bake, boil or fry at home before eating. Bratwurst and Bockwurst are included in this category.

Cooked sausages are completely cooked. They may include water and emulsifiers because these sausages do not keep long. Weißwurst and Jagdwurst are examples of cooked sausages and should be eaten quickly after purchase.

Precooked sausages (Kochwurst) consist of cooked meat and may also include raw organ meat and they last for a few days. Examples of these are Blutwurst and Saumagen. 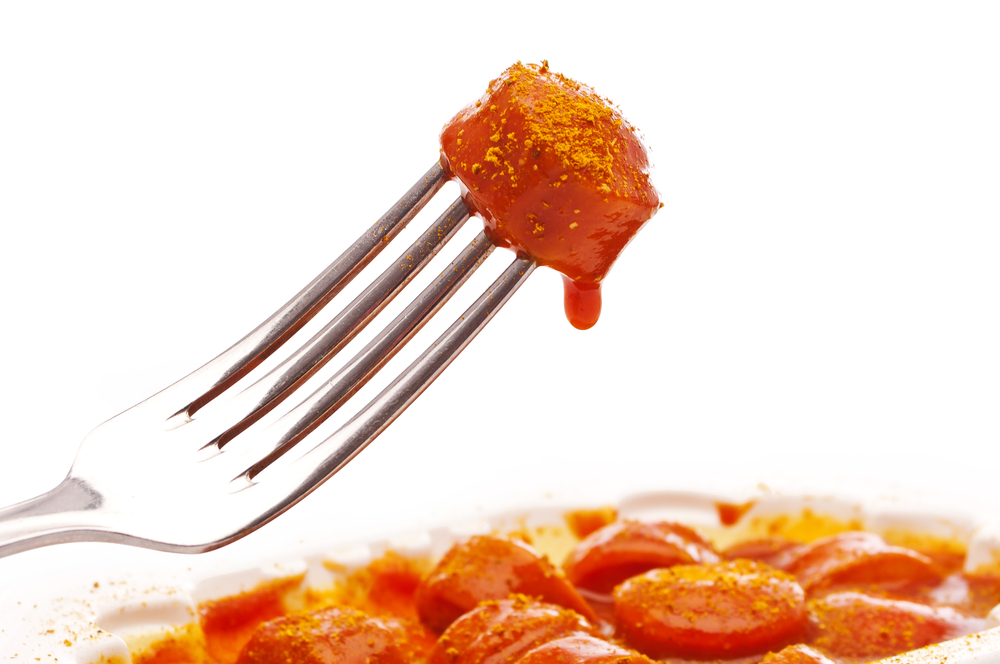 Bratwurst is sausage made of pork, beef or veal and it is usually grilled or pan fried, and sometimes cooked in broth or beer. Dating back to 1313, the bratwurst has over 40 different varieties varying in size, seasonings and texture. Recipes vary by region and sometimes locality. The best known bratwurst originates in the northern part of Bavaria, formerly called Franconia. It is often served as a snack with or in a Brötchen (white bread roll) and spicy German mustard.

Currywurst is a very popular fast food German dish. Currywurst is to Germans what the hot dog is to Americans. As it is the bestselling sausage in the country, it is a culture icon. It was invented in 1949 in Berlin by Herta Heuwer after obtaining ketchup and curry powder from British soldiers in Germany. It is a steamed and then fried sausage (usually a bratwurst) whole or cut into slices and then the combination of ketchup or tomato paste and curry powder or curry ketchup is poured on top for seasoning. It is usually served with a Brötchen or French fries.

Nürnberger Rostbratwurst dates back to 1313. They are small bratwurst sausages (one ounce in size) that are made from ground lean pork and usually seasoned with marjoram, salt, pepper, ginger, cardamom and lemon powder. Nürnbergers are grilled and served with sauerkraut and potatoes and a side of horseradish cream.

Blutwurst (blood sausage) is a spicy, salty German blood sausage made with congealed pig or cow blood as well as containing fillers like meat, fat, bread or oatmeal. It comes already cooked and may be eaten heated or cold. Blutwurst is served as a snack or mixed with sauerkraut.

Bockwurst is made from ground veal and pork; it often is smoked. Bockwurst is flavored with salt, white pepper and paprika as well as sometimes other spices including chives and parsley. It is usually cooked by simmering and may sometimes be grilled. Bockhurst is commonly eaten with Bock beer and mustard.

Knackwurst are short and plump sausages that contain ground veal, ground pork and fresh garlic. They are aged for two to five days and then smoked over oak wood. Knackwurst sausages are traditionally served with sauerkraut and potato salad.

Leberkäse translate to “liver cheese”, but this Bavaria type of sausage does not have cheese or liver. Similar to a pink meatloaf or bologna sausage, Leberkäse contains corned beef, pork, bacon and onions. It is made by grinding the ingredients finely minced and then baked as a loaf in a bread pan until a crunchy brown crust develops. It is sliced and then baked or pan-fried. Most times Leberkäse is served hot with a bread roll and mustard. It can also be eaten cold. 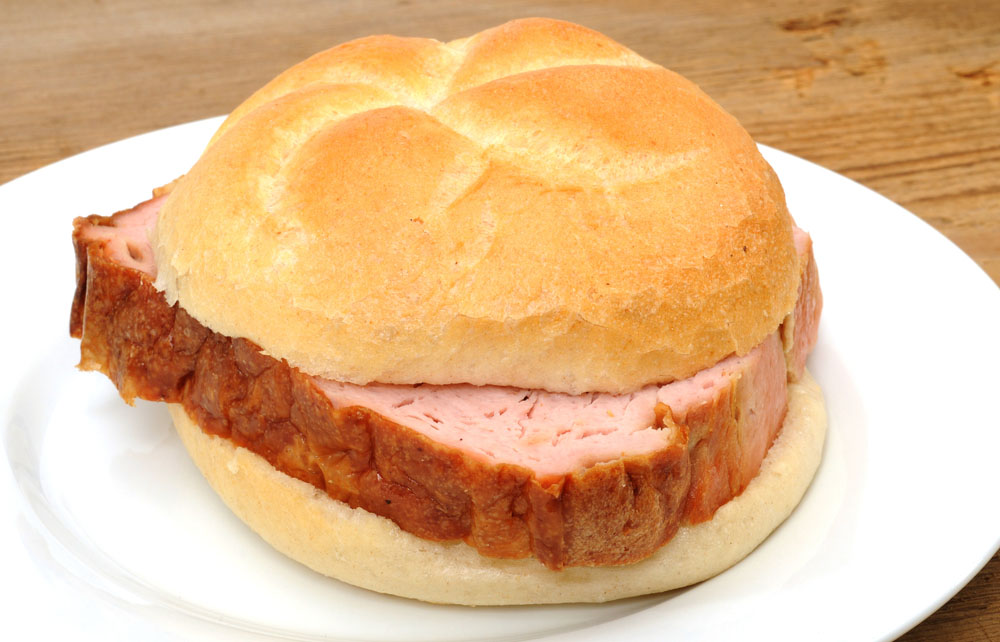 Cold cuts are deli meats which are slices of large sausages, pre-cooked meats and hams. They are usually served cold at breakfast, in sandwiches or on party trays.

Bierwurst is a Bavarian cold cut that has a garlicky flavor and seasoned with black peppercorns, paprika and mustard seeds.  It is partially cured and then made into the large sausage with other ingredients. It is further cured, smoked and then blanched. A hint from its name, Bierwurst is often served with beer.

Lyonerwurst is similar to traditional bologna but differs due to various seasonings, especially garlic. It is sometimes referred to as garlic bologna.

Jagdwurst (translates to hunting sausage) is made of lean beef and pork as well as belly of pork, salt, pepper, garlic, mustard seed and other ingredients. Water is added to make the sausage juicy. It is often served on fresh buttered bread or breakfast rolls with mustard. 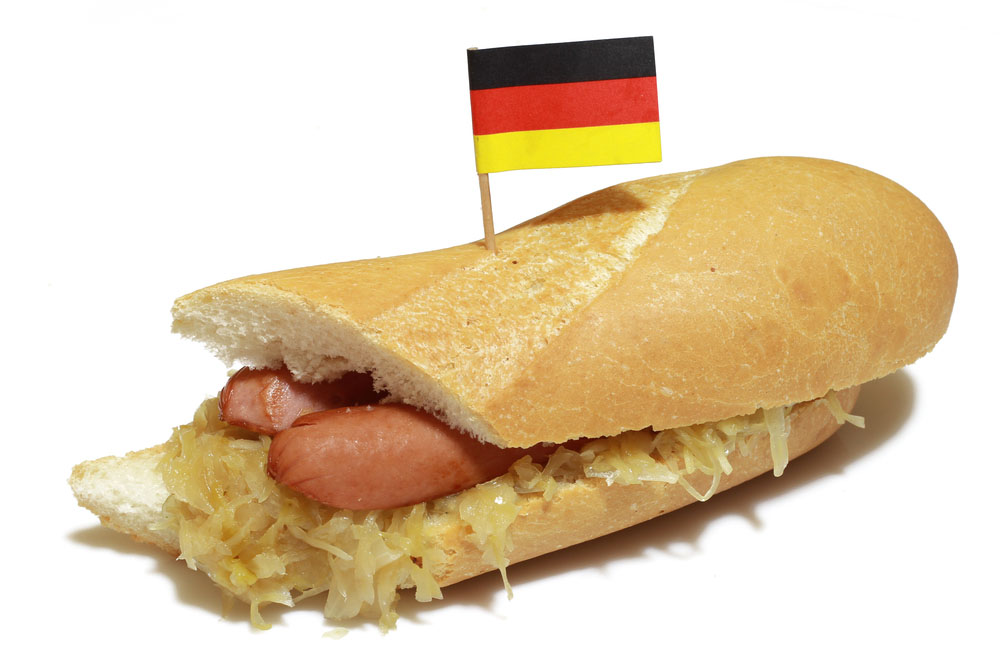