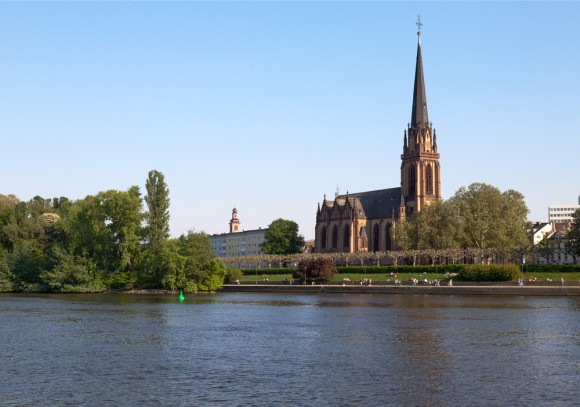 Sachsenhausen is the largest district in the city of Frankfurt. It is located south of the Main river and borders the districts of Niederrad and Flughafen to the west and Oberrad to the east. It’s a beautiful and historic part of the city, and well worth a day of you time to explore it, discover it’s secrets and drink a little Apple Wine.

Sachsenhausen is basically divided into two parts. One is the fairly elegant portion that includes the Museum Mile and Schweizer Strasse and the other is the older, applewine pub district. This older part would have been inside the city walls as far back as the 1100′. Traditionally, this is where the gardeners and fishermen of Frankfurt lived, and it was a rather poorer section of the city but today is full of life.

Many of the pubs and restaurants in Old Sachsenhausen are in original half-timbered buildings. When you walk through the pedestrian zone, which is all cobblestones and narrow streets, you do get the feeling what it might have been like back in the Middle Ages. Well, except for all of those electric lights and the Music, of course. Fortunately, this area was spared during the war, so they were able to keep the original look of the place, which is picture-postcard pretty. 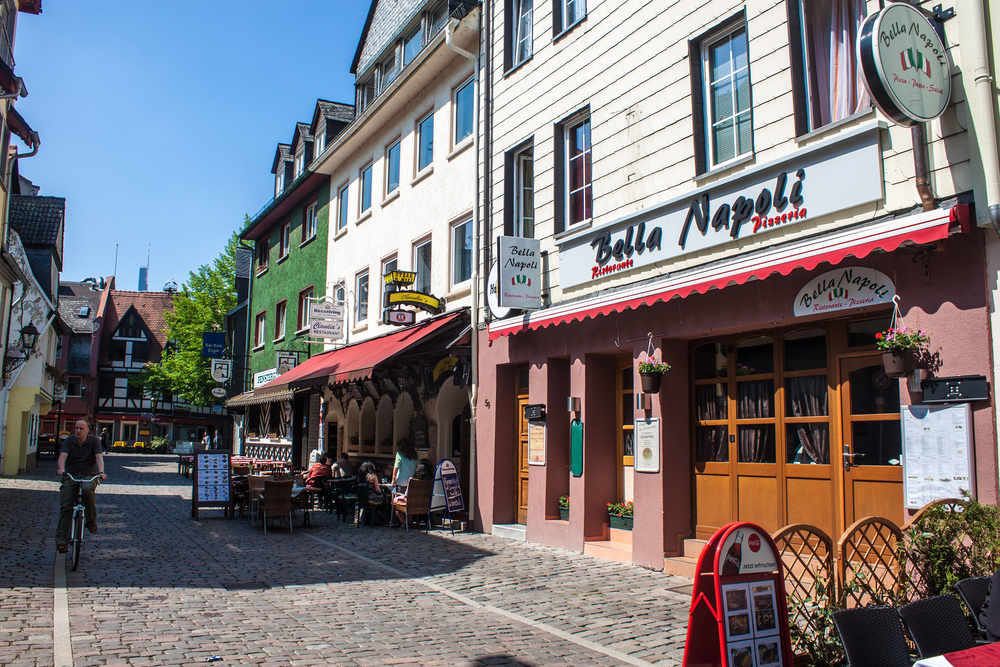 Lots of tourists like walking up the Klappergasse to check out the stone fountain, “Frau Rauscher” as she spits out water. The best time to go here is in the evening, when everything is open, people are sitting outside at the tables and you can enjoy the wonderful party atmosphere. During the day it looks a bit tawdry, so try and go at night for the best experience.

Back when 40,000 American troops were stationed in or near Frankfurt, you could barely walk down these streets as it was too crowded. Once the Army pulled out, this area struggled to stay alive, as many of the Frankfurters had stayed away for so many years. This has changed by now and many residents along with visitors enjoy coming here for a night out to sit in an Applewine Garden. (Like a beer garden but with apple wine, duh?) so thankfully the buzz is back. Our favorite place to do this at is Dauth-Schneiders.

As to the history of Sachsenhausen, this area used to be the “grocery store” of Frankfurt. A slaughterhouse was located on the riverside, the Old Bridge contained mills, there were vineyards on the hills with gardens and orchards everywhere, and the fishermen enjoyed living here too. The Fisher Guild was one of the oldest guilds in the city and was found in the 900’s. The market women walked across the bridge every morning to sell their wares on the Römerberg. They were well known for having a sharp tongue and became a tourist attraction themselves. They had their own dialect which still exists in part today, thanks to the historical societies keeping it alive.

The 11,000 acre city forest, which the city bought from the Emperor in 1372 , borders Sachsenhausen and is a very popular place to visit. The area around the Goethe Turm has a very fun playground for kids. Nearby is the Sachsenhausen Warte, one of the old guard towers built in the 1500’s, that would have been outside the city walls. Today it is a popular applewine garden restaurant. If you are looking for one of a kind gifts, clothing, goold old Frankfurt mustard, gourmet foods, or bembels (traditional apple-wine jugs), shopping in Sachsenhausen is a treat. 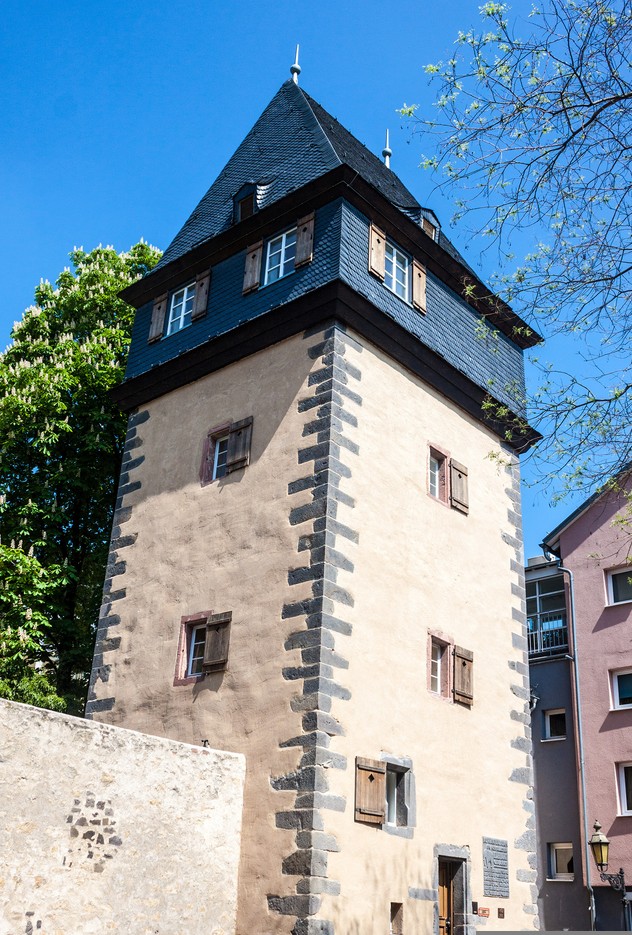 Discover more about Frankfurt with a Frankfurt on Foot walking tour.  The tours last 3-4 hours, and take place 365 days a year, all holidays included. Daily meeting point: 10:30am – Braubachstrasse. The discounted price for the Walking Tours for Military members is €10.

Frankfurt is about a 35-minute drive from Wiesbaden, a little under 1.5 hours north of Kaiserslautern and 2 hours from Stuttgart.