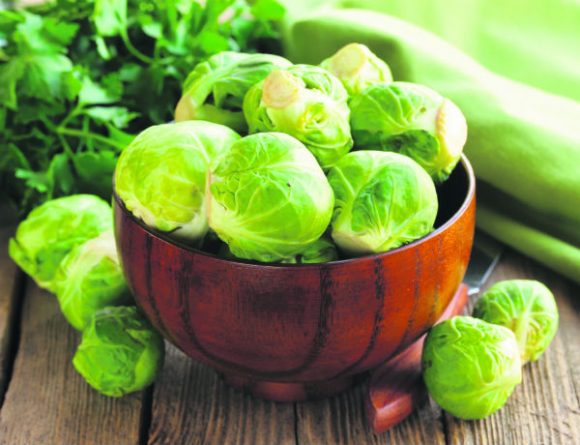 Brussel sprout season has started – one of the most tasteful and delicious vegetables, in my opinion.

Cut the bacon and the onion into fine dices. Trim the hard leaves from the brussel sprouts and cut a cross into the bottom – this will make them soften quicker. In a large pot, boil the brussel sprouts with salt, ground white pepper, nutmeg and a half teaspoon of butter. Boil your brussel sprouts until they are almost done and then place them into iced water to cool them quickly.
Save a cup of the boiling water and toss the rest. Melt a teaspoon of butter in the pot, add the bacon and onion dices and let them roast on medium heat, taking care not to burn the butter.

Then, add the brussel sprouts, some of the boiling water and add salt, pepper and nutmeg to taste. Place a lid on the pot and let the brussel sprouts heat up again, stirring occasionally. After three to four minutes you will have a delicious fall vegetable side dish fit to accompany any dark meat. If you prefer it a bit more creamy, just add some liquid cream to it, giving it a few more minutes to heat up.

Join us again next week!