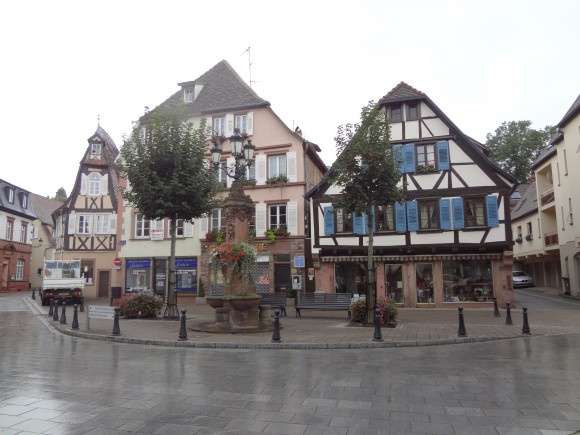 During the first few weeks of living in Germany, we decided we wanted to explore. However, not knowing the language and not yet having a driver’s license here made that a bit difficult. Add in that we had no idea how to even approach the train situation! I heard about the USO Tours that are offered and decided to look into a day trip.

There were many options available, but the one that interested me the most was a day trip to Wissembourg, France that included some instructions on How to Ride a German Train. I am all about multi-tasking, so this was perfect for me. We purchased our tickets at the PAX terminal USO about a week before departure. Easy peasy. 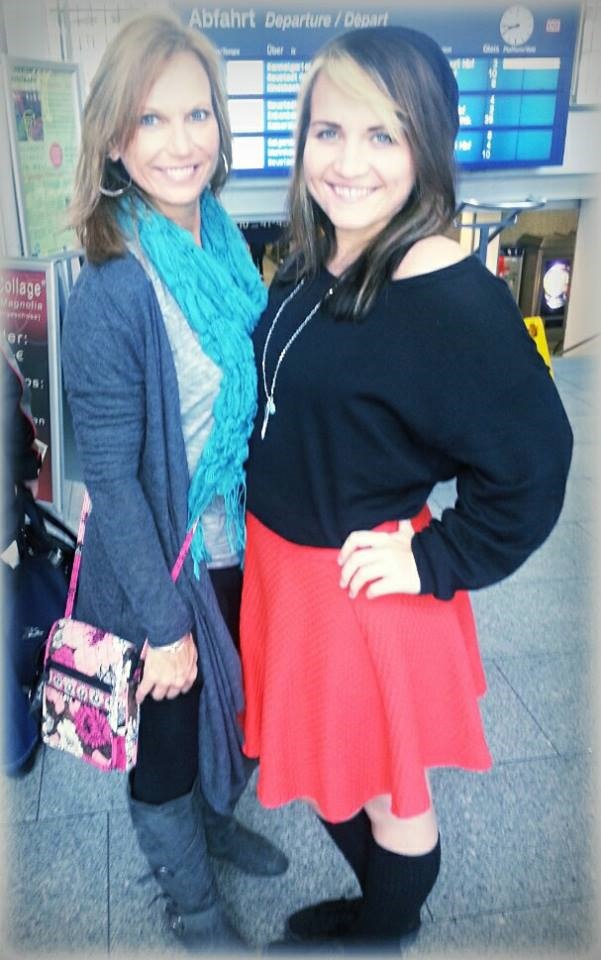 On the morning of our trip, we met our tour guide at the Kaiserslautern train station where she patiently guided us through how to buy our tickets. 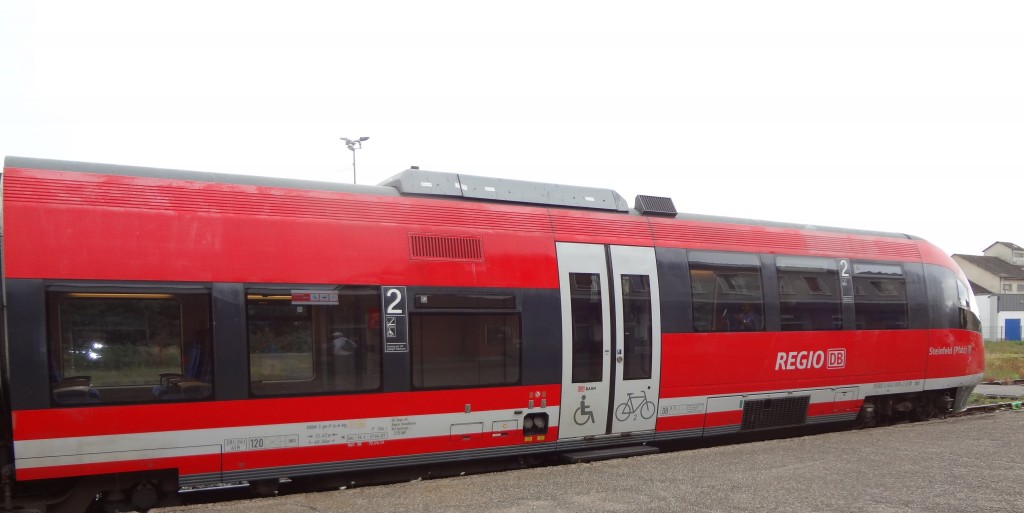 Wissembourg is a tiny village of northern L’Alsace. River Lauter (one of Rhine’s west in flowing rivers) is traversing, which makes it even more picturesque. It’s kind of a small Venice atmosphere (I like small creeks or streams anywhere). Wissembourg is said to have probably been founded around 1180, when the cloister had its early days. Later, it was surrounded by fortress walls. Lots of very old houses, partly half-timbered or with thatched roofs, can be discovered when wandering around. 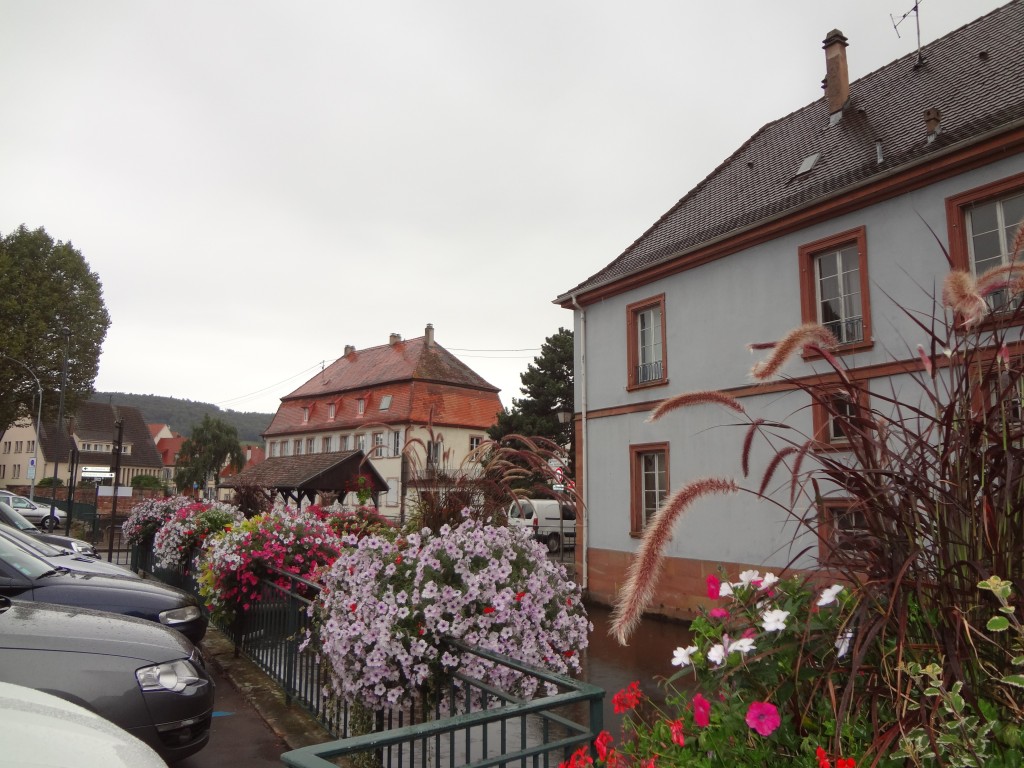 Our walk took us past one of the most famous houses in Wissembourg…the La Maison du Sel (salt house). It was built in 1448 first as a hospital, but was transformed into a salt house later. 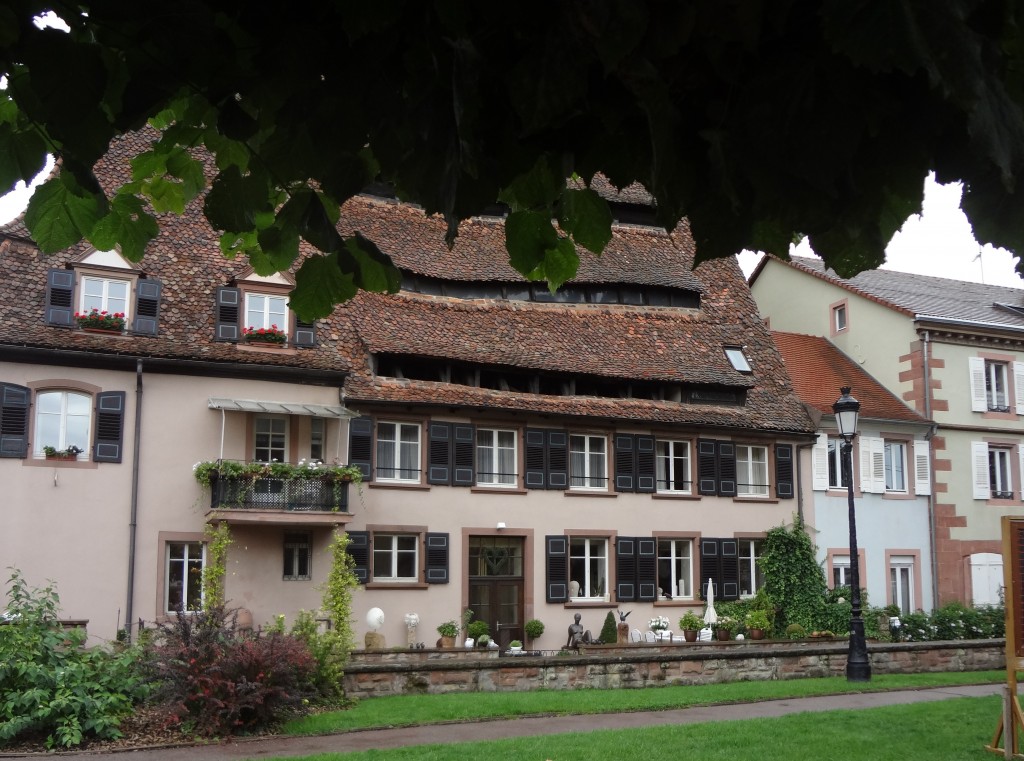 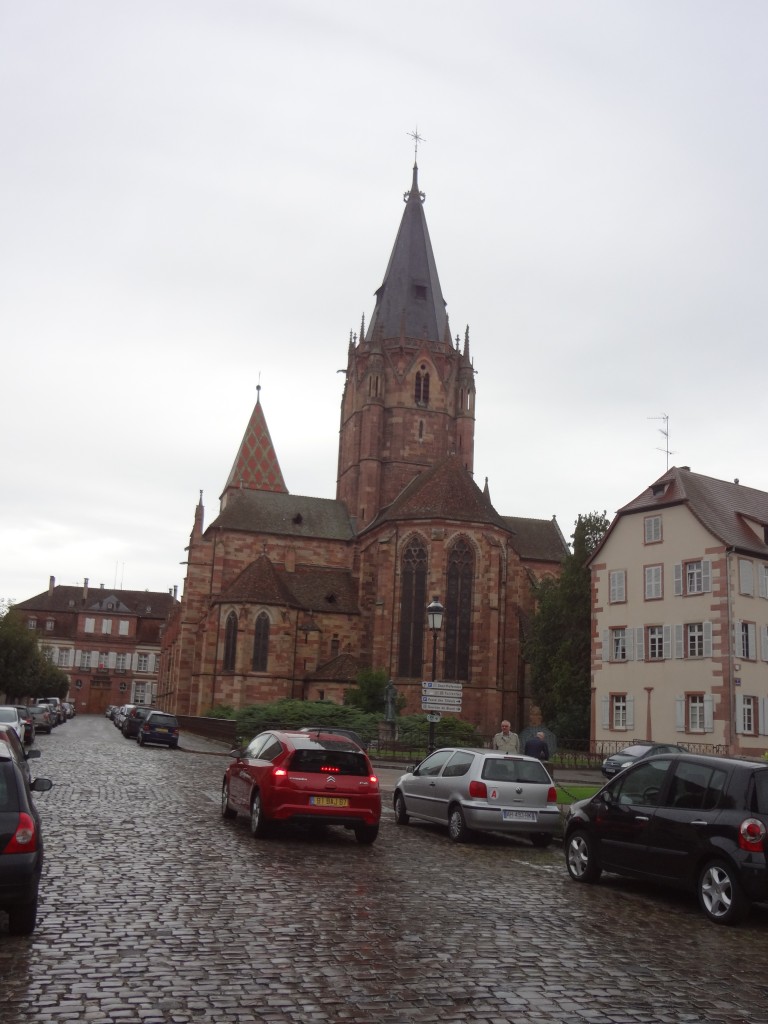 The main attraction for us had to be near the center of town- The Church of Saints Peter and Paul or L’Eglise St-Pierre-et Paul. Even though this is one of the smaller churches we have visited in Europe, the interior is truly magnificent. Unfortunately, it is dark inside and flash photography is not allowed so my photos do not do it’s beauty justice. As with most churches in Europe, this is an active church with local worshipers, so if you go just make sure you respect the silence. 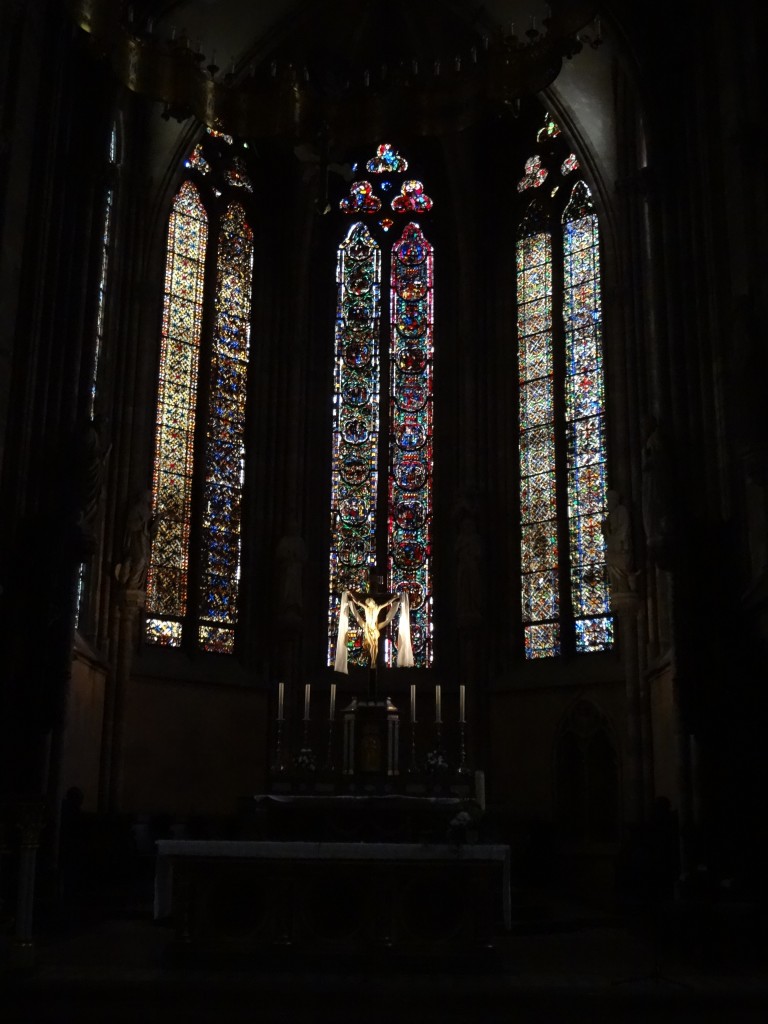 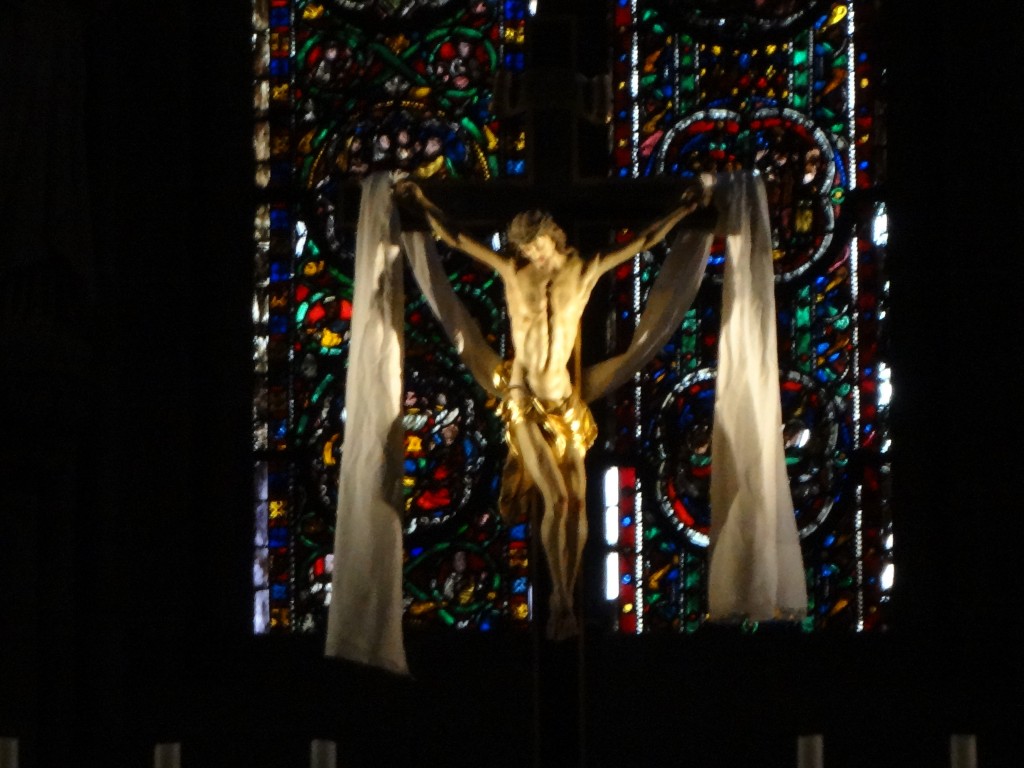 After visiting the church, we joined our group for a lunch of Flammkucken and then promptly headed across the street to one of the local Chocolatiers. 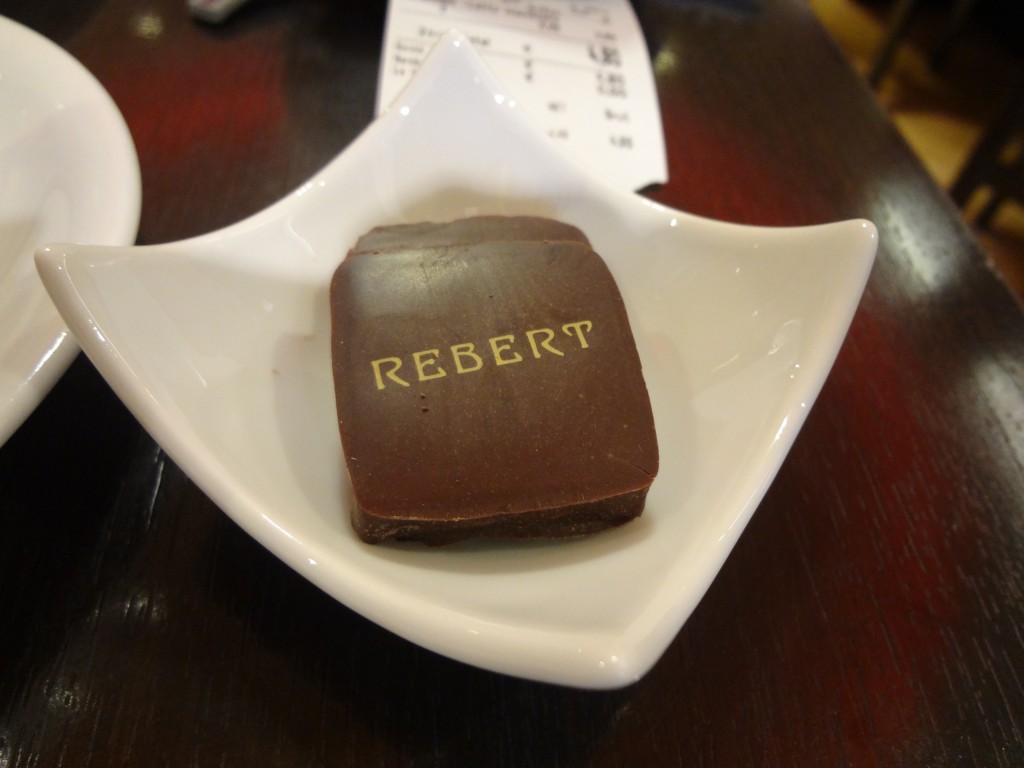 At this time, Jadie and I decided to go off on our own until time for our train back to Kaiserslautern. We spent some mother-daughter time, just wandering through Old Town. 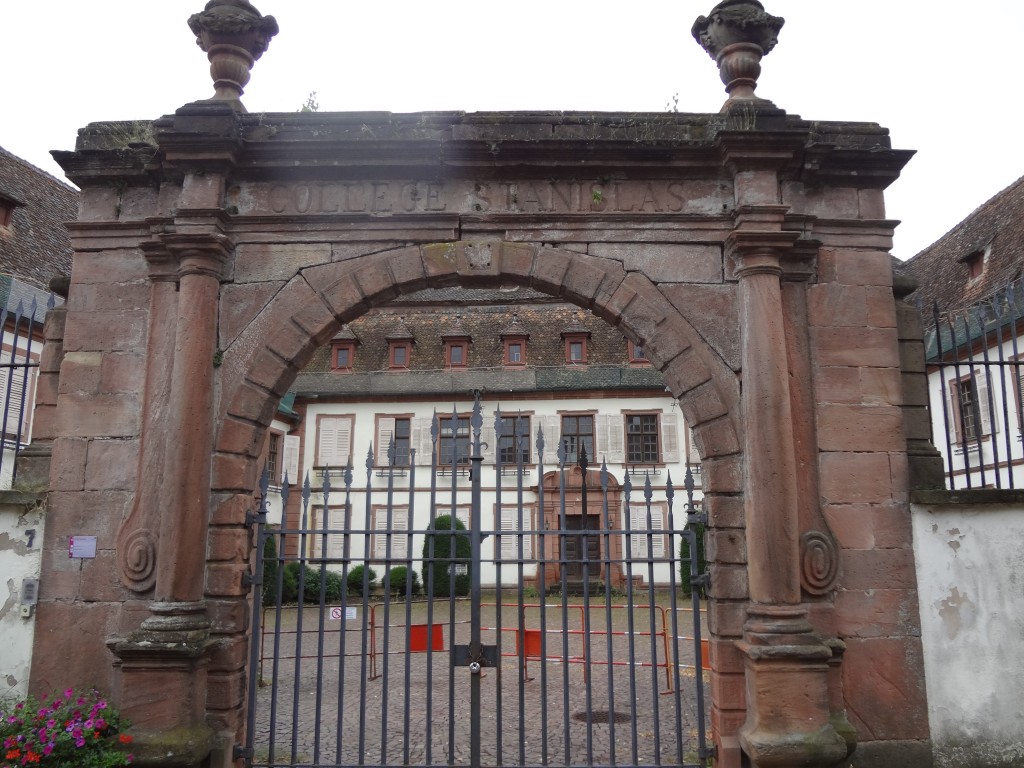 Obviously, you can just drive the 1.5 hours to Wissembourg and explore on your own. Now that we are more comfortable with driving and using the train that is probably the option we would choose. However, this USO Tour made everything very simple and it was actually nice to have a knowledgeable guide taking us to the sites.

How to Get There Own Your Own 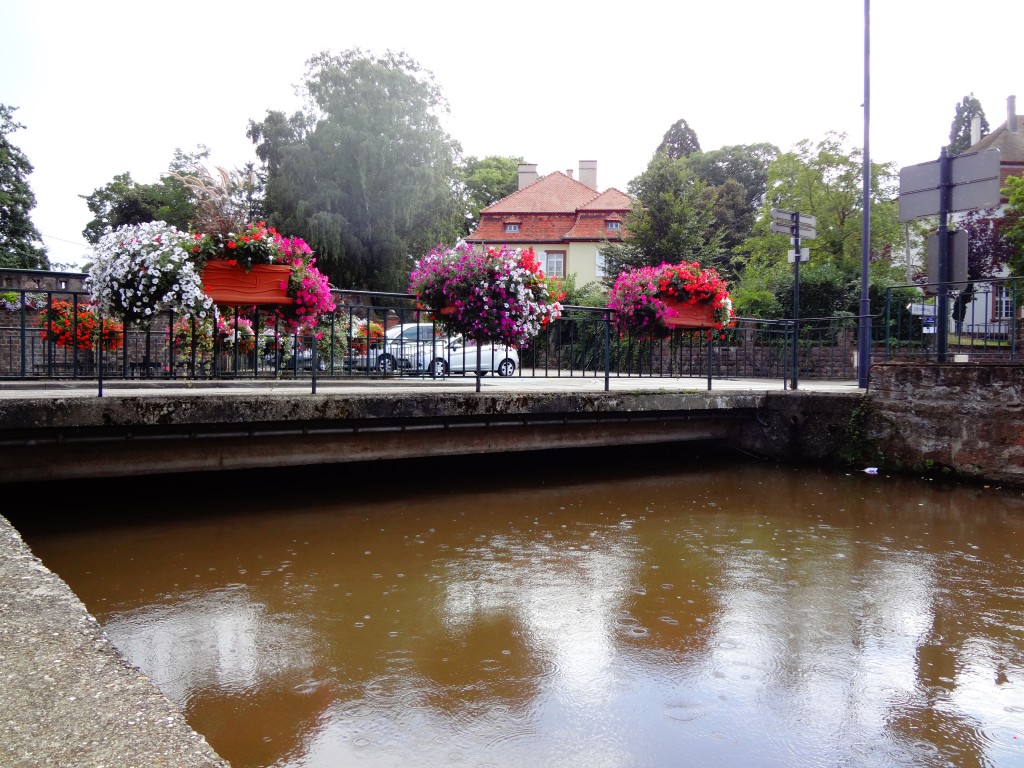 Author’s Profile: Cheryl Koller is a native of Georgia. She is a DOD spouse, mom of 4 daughters (2 adults, 2 teens), thrill-seeker, avid traveler and lover of food and wine. She is a self-proclaimed Freedom-Prenuer and Blogger currently living in Ramstein with her family.