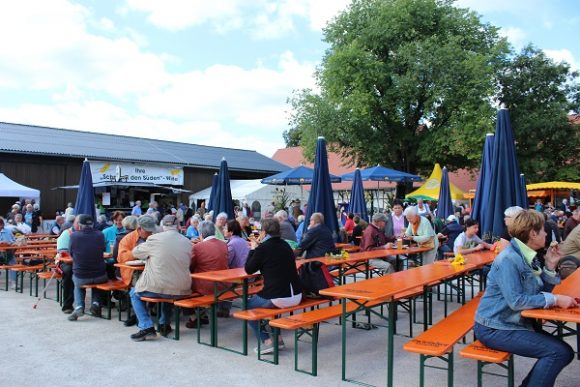 The Beer Gardens (Biergarten) of Stuttgart

One of my favorite parts of summer is the opening of the beer gardens around Stuttgart. There are so many to choose from, it’s hard to know where to begin. Most of us choose our favorite and may even have a “Stammtisch” (local table), but be sure not to sit at someone else’s. That’s a “BIG” no-no in Germany.

What’s it all about? 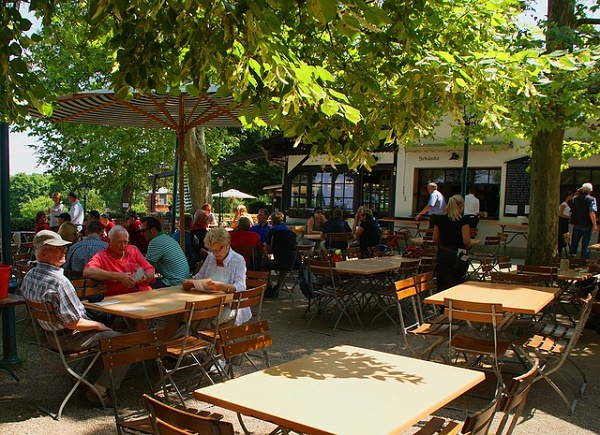 From the research I found, beer gardens began around the early part of the 19th century as part of the breweries from the Bavaria region to help promote their unique brew. They were competing with the local inns and taverns, so an ordinance was created that they could serve only beer but no food. People brought their own (similar to our “potluck” dinners in the States). 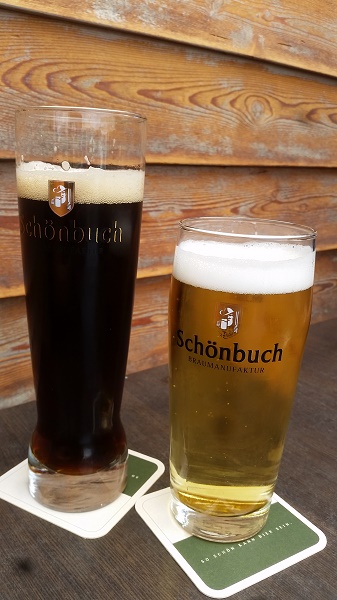 Beer was kept in cellars under ice to keep from spoiling and then shared under the canopy of shady trees throughout the Bavarian region. The Augustinerkellar is the first recorded “Biergarten” in 1807. Here you can still enjoy a beer under the shade of chestnut trees in München. 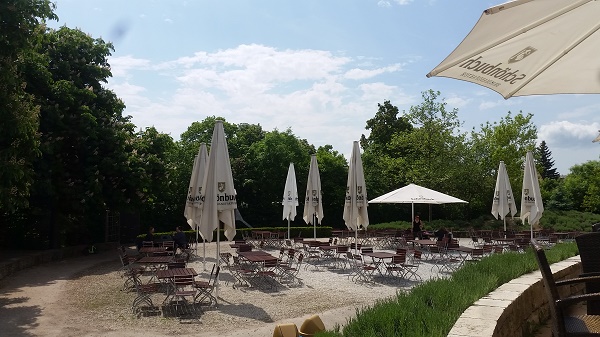 Most beer gardens today have great menus with exceptional food choices. They usually have picnic tables or fest benches and are typically open only during the summer months. 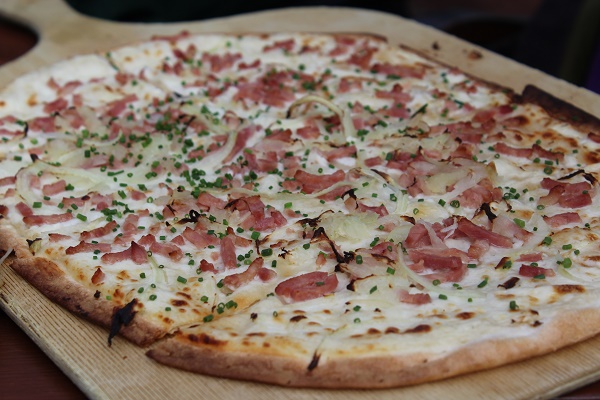 Booking.com
Not all beer gardens are created equally; however, here are a few things you can expect.

*Many flavors of BEER
*Most seating is benches and fest tables with no backing to seats (you can bring a cushion)
*You MAY sit with strangers at your table (It’s fun!)
*Some kind of music will be playing (sometimes a “live” band)
*Smoking is allowed at outside seating
*Informal attire, no white linen table cloths here
*Most do NOT take credit cards

Other things you may found:
*Playground
*Full-service restaurant (close by)
*Usually open late until  midnight or 1 a.m. 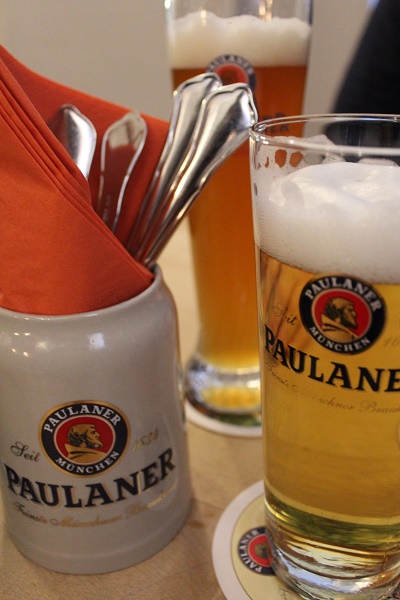 The distinction between a beer garden in Germany and a terrace off of a restaurant is they are usually attached to a brewery. Although today, most restaurants that have the space do take advantage of the outdoor seating and sometimes still call it a “beer garden.” Because after all, we are in Germany and they will be serving beer. 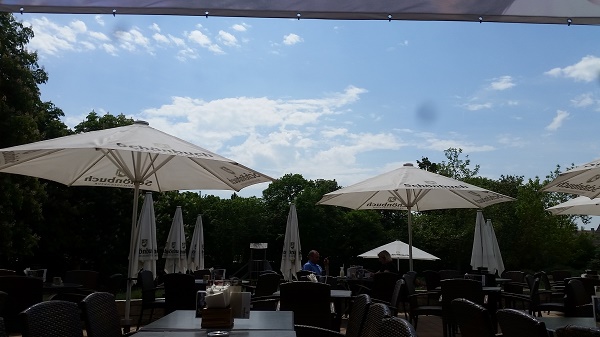 What’s on the menu?

Stuttgart is in Swabia (a dialect and cultural region of south central Germany.) Swabian beer gardens will typically have a combination of Swabian delicacies and Bavarian sticking with the roots of the beer garden. 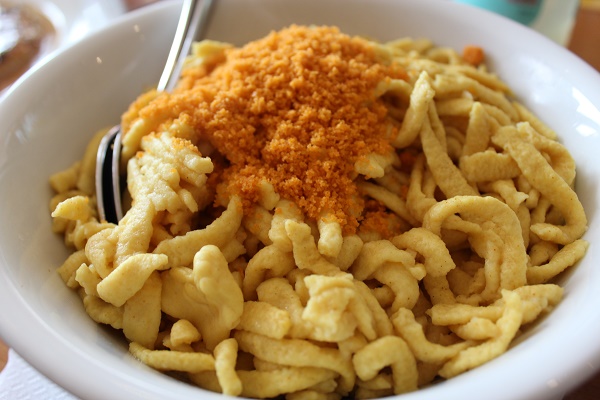 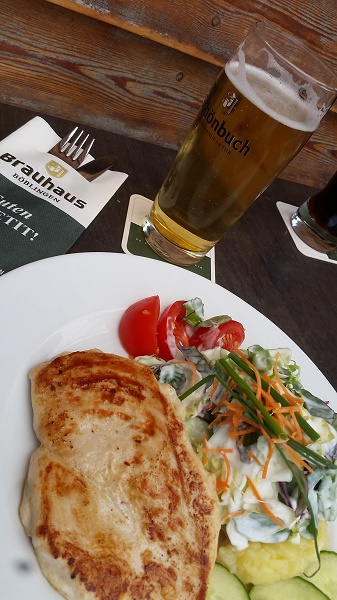 Typically the beer gardens also have an extensive beer menu. They will have wine, but it’s usually just one or two options (a red or a white). After all, it’s all about the beer. 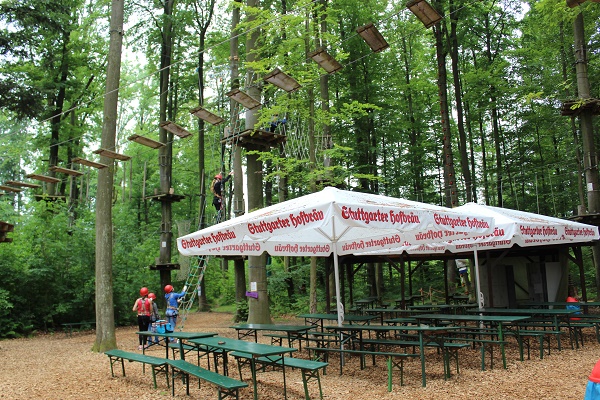 Biergarten Around the Stuttgart Area

Here are a few of my favorites as well as some of my friends around Stuttgart and some from my friends. Thanks to those that chimed in on my social media quest to find the best ones of Stuttgart. Hope it helps!

This summer while the sun is out and the kids need to play, and let’s face it, you might need a break too, why not join in the fun and try out one of these beer gardens. I have met some great people and had amazing conversations while watching my kids do flips on the monkey bars and swing out of control on the swings.