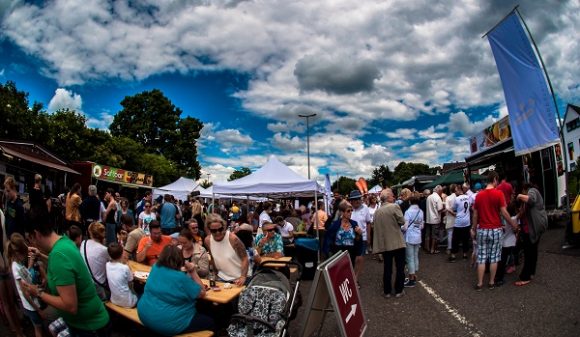 Street food festivals are so great because there is something for everyone’s taste. I love them because you can pace yourself and try many different foods. A great idea is to bring a food buddy and share everything so you are able to try more. So my little food buddy and I hit the trucks!

First trucks that caught my eye were the amazing rice balls. I tried these at the Wiesbaden Street Food festival, and even though they incredibly scrumptious, I had to keep walking because they are so filling. 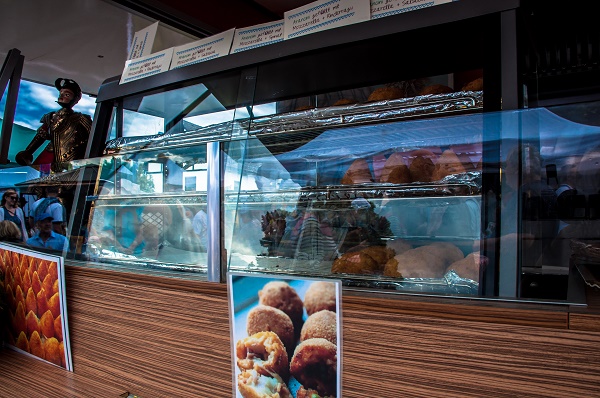 I asked my 5-year-old, food-sharing food-buddy if she wanted a falafel, which later I learned she thought I said ‘waffle’ so I ended up eating the whole thing myself. It is okay because it was fantastic! 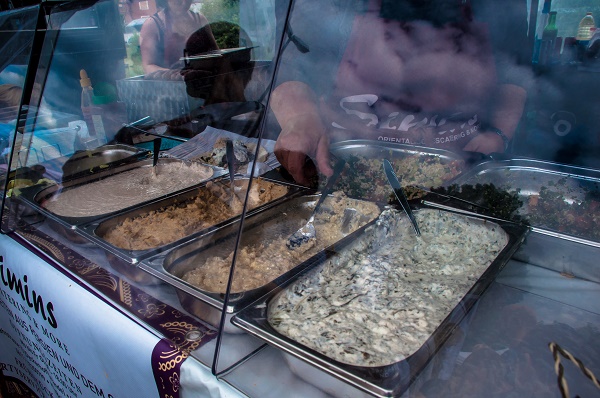 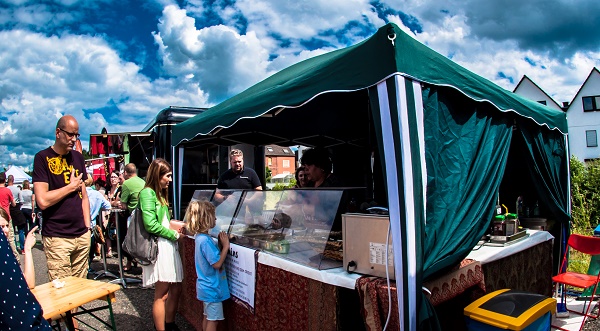 The next truck had a very interesting part appetizer and part dessert- fried ice cream! I loved the photo of the happy little fried ice cream ball wearing shorts. 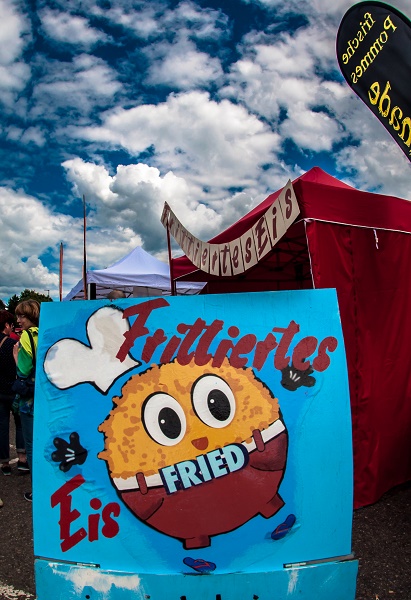 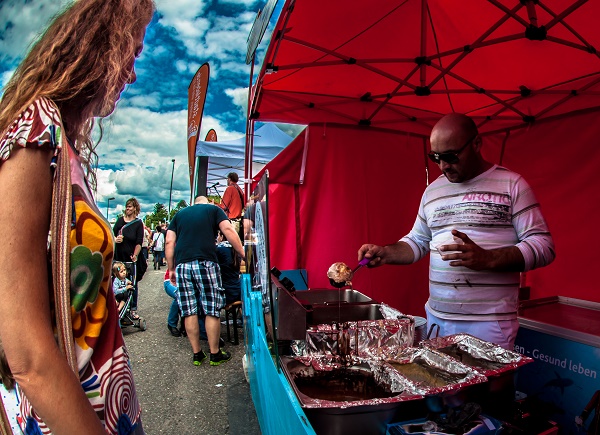 While we were there, the winner for the longest line and which looked the most popular was the Angus beef burger truck.

I love the diversity of this food fest because right next to it was a vegan burger truck, which had a pretty good line as well! 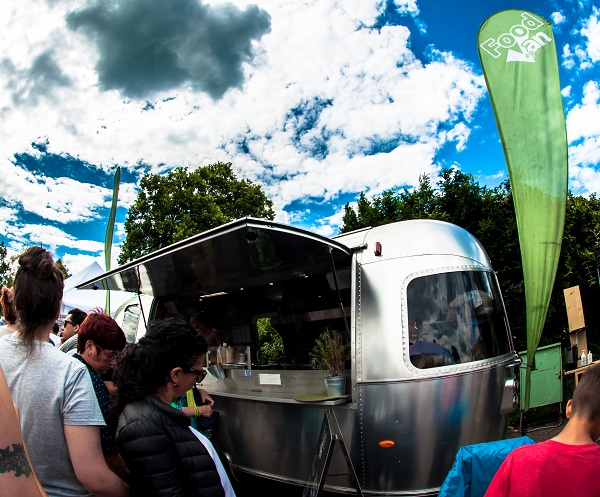 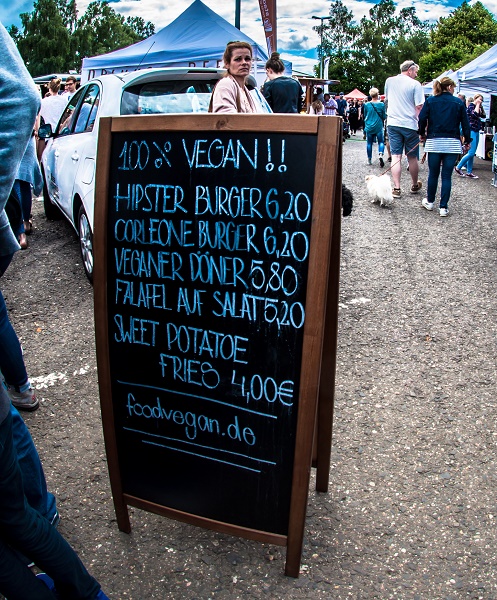 Like any good German fest, there was a wine stand too! 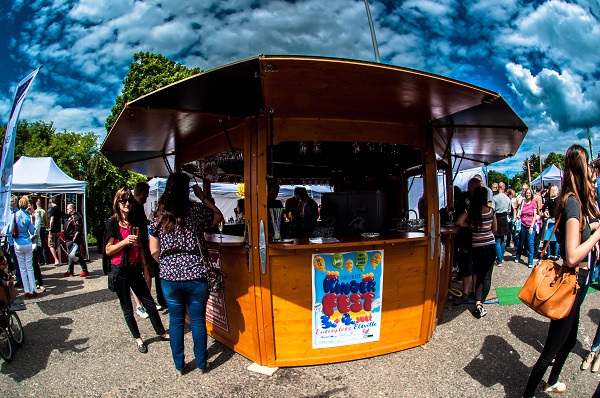 If you were looking for another alcoholic drink other than wine, there was an Amato Wiesbaden Dry Gin stand. I love supporting local breweries, wineries and distilleries. The first thing I thought of was that this gin would make an awesome going away gift for a co-worker or friend so he or she can remember Wiesbaden. This drink has three classic flavors- juniper, citrus fruit peel and coriander. Then there are also the more unusual botanical type flavors such as thyme, tomato, cucumber and apricots. 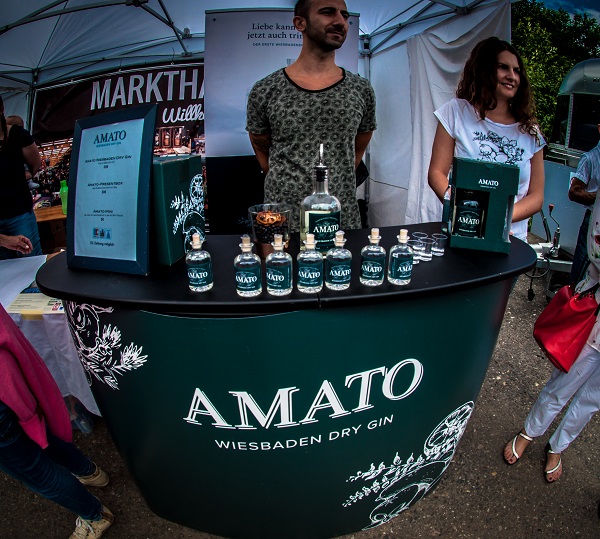 Where Have You Been All My Life?

At the next truck I had a ‘where have you been all my life’ moment. It was a Choco Kebab truck! This special kebab was made from a cone wrap, shredded chocolate and whipped cream as sauce. The most awesome part of it all was that they SCRAPE the chocolate off a big hunk of “doner” chocolate! It is like a doner kebab stand in Willy Wonka’s Chocolate Factory! (Is this what Oompa Loompas eat at 2 a.m. after a night out drinking?!) 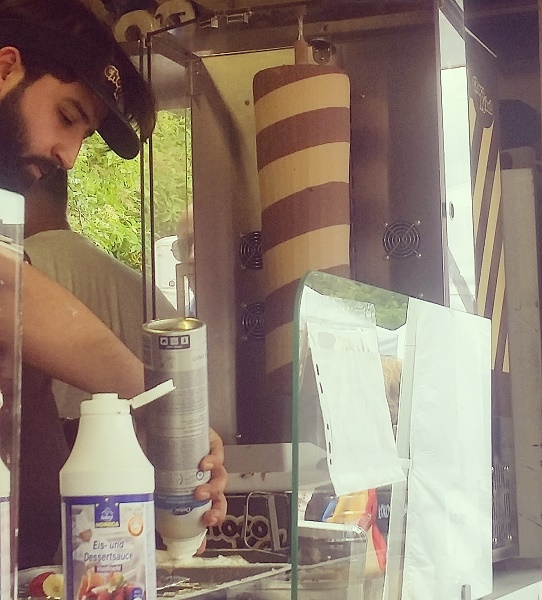 After eating all of these different types of food, I said pass on the electric bull! But it was a nice idea for kids to try out. 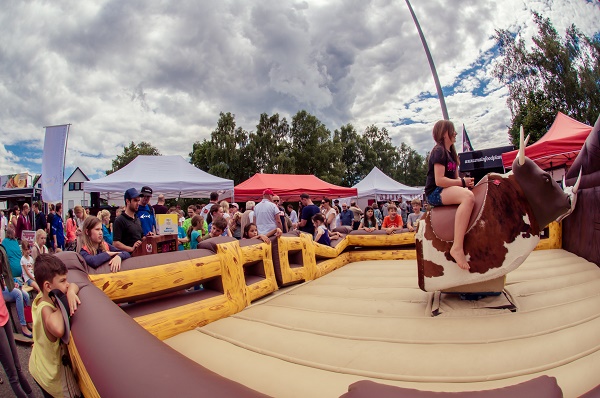 For dessert my foodie buddy and I went for some good ole’ frozen yogurt. We love going to the frozen yogurt places back home in New York City with our besties, so we wanted a little taste of home. 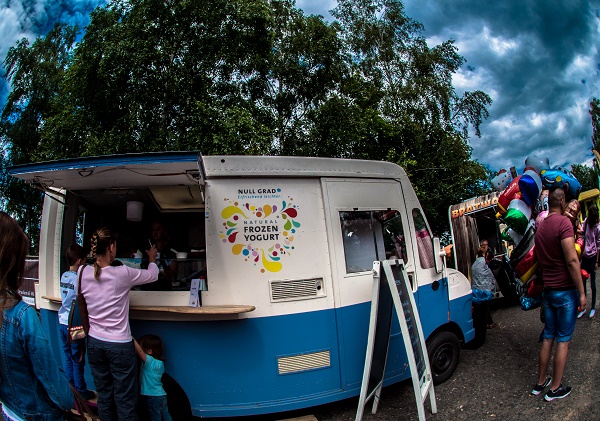 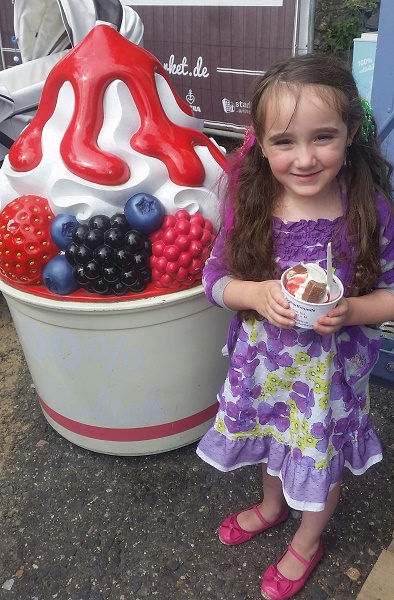 We ate our frozen yogurt and listened to the Taunusstein Street Food Festival music man. We had such a fun day and look forward to the next street food festival in Germany! 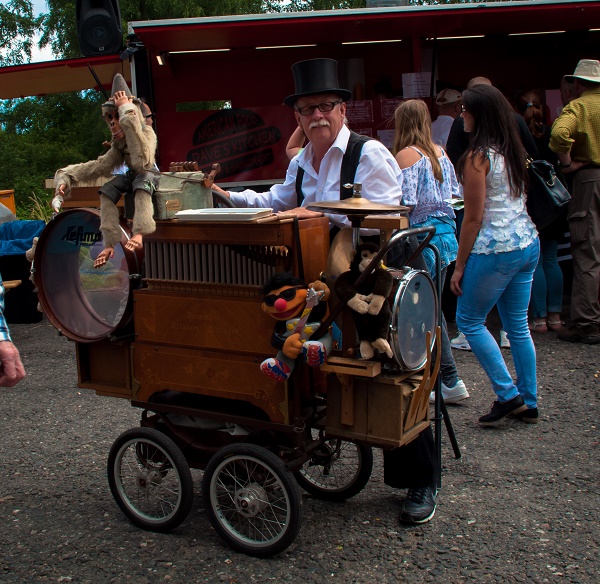 Author’s Profile: Gemma is a Jersey Broad Abroad living in Wiesbaden, Germany, and she is enjoying her extended European vacation.