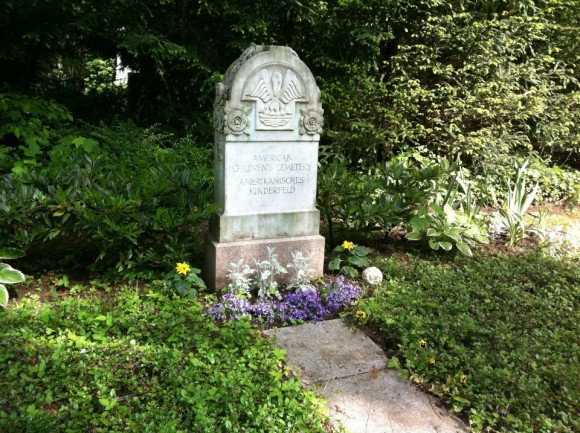 Tucked away quietly in the largest cemetery in the city of Frankfurt, the Frankfurt Main Cemetery, is a small section with American names on the headstones. The information on the small gravestones provide clues that this is no ordinary site. One gravestone simply reads ‘Infant Boy’ and many others have just last names, not indicating either boy or girl. The American Kinderfeld Frankfurt (children’s graves) is a burial place and memorial for American babies who died or were still-born between 1947 to 1986. 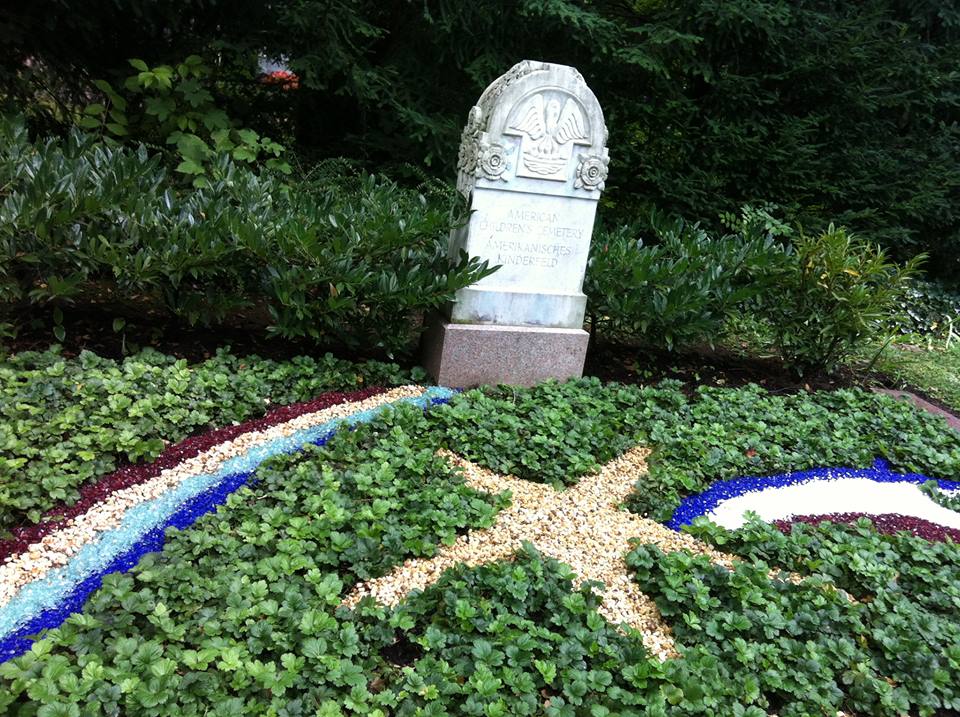 After War World II the city of Frankfurt served as the Armed Forces headquarters which brought thousands and thousands of American soldiers and their families to Germany. Like most communities (or civilizations) it is natural for families to grow as babies were born. But there were also opposite times when babies sadly died.

At this time the military rule was that the government would only pay to ship deceased children over the age of two back to the United States to be buried. Because of this rule, a local site was needed for the younger infants that had passed away or were stillborn. Military records show from 1947 to 1951 approximately 72 babies were buried although the exact location is unknown.

From 1952 to 1982 the Army paid for a smaller special site for the final resting area for an unknown number (hundreds) of American babies. What is known is that presently there are 177 gravestones for babies ages from 1-2 days old and up to just under the age of two at Kinderfeld Frankfurt.

As space is limited here, German burial customs are totally different than what you may be accustomed to in the U.S. A final resting place isn’t always final in Germany. Under German law gravesites are leased by families for a specific period of time, usually from 15 to 30 years. Graves are reused once the expiration of the lease – old remains are buried deeper, new coffins placed on top.

Kaiserslautern also has its own burial site. Kindergraves is the resting place, located in the Kaiserslautern Main Cemetery, for 456 American children of service members from 1952 to 1971.

However, since U.S. Army military base closure in Frankfurt, the American Kinderfeld had been woefully neglected.  The German custom is that family members tend the graves of their departed loved ones. Not only was the American community no longer there, but mourning family members were gone too leaving this little corner of graves unloved and unkempt for many years. In fact even when the military was in Frankfurt the site was often neglected and relied upon groups of volunteers to provide sporadic maintenance.

Through time different groups have been temporarily involved one way or another with the upkeep of the site, including local Boy & Girl Scout Groups and the American Consulate in Frankfurt. In 1987 the American Women’s Club purchased the plot as well as the big white stone memorial that features on the site today. American Girls and Boys Scouts have also previously invested time and money into Kinderfeld Frankfurt but since the closure of the local base, no one group or individual has been responsible for it’s upkeep.

Maintenance of the Site Today 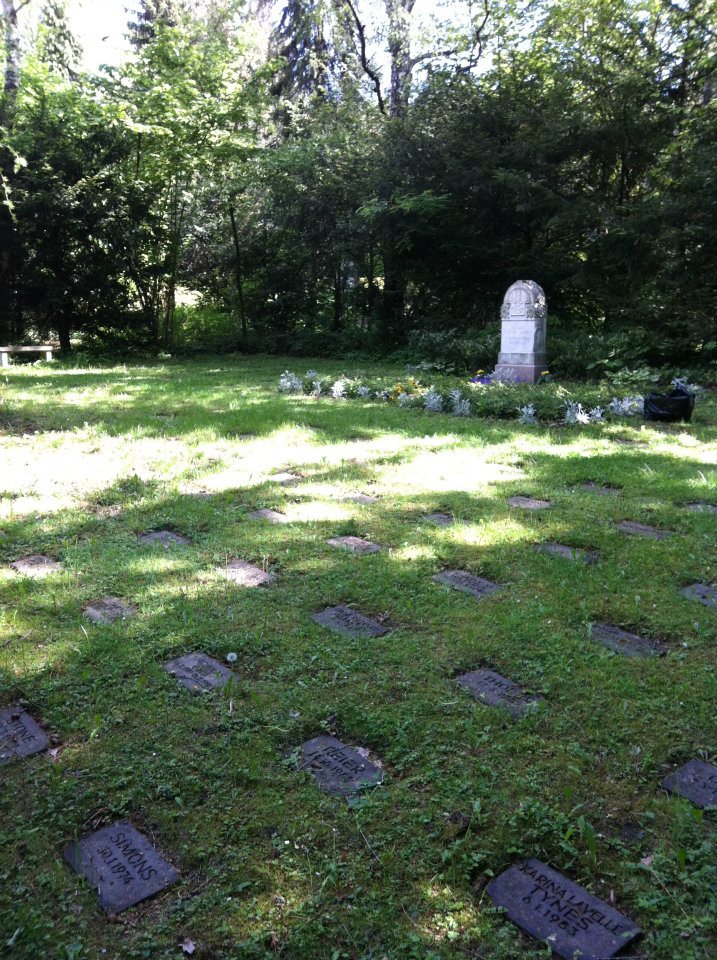 In recent years Kinderfeld Frankfurt has gone through and continues to undergo a gradual restoration thanks to Jo Cothran Ator, founder of Frankfurt on Foot Walking Tours. The restoration and maintenance work is entirely dependent on volunteers, contributions and funds that she raises through her special Tours of the graveyard.

A local German gardening company has also agreed to work for far less than what they normally charged, whilst the city of Frankfurt is responsible for mowing the grass.

Thanks to Jo’s efforts, not only is the ground now being maintained, but the site has been designed to better represent the children. Low maintenance plants have been installed as well as seasonal plants are changed out through the year. Colored stones were used to create a shooting star of red, white and blue as well as a rainbow. Future plans will include birdhouses and solar lights that are representative of a children’s grave site. The American Kinderfeld is now a nice and tranquil area where small animals like squirrels and foxes are often spotted.

Jo is in the process of setting up a foundation to continue with transformation as well as provide funds for perpetual care for the site. Financial contributions and volunteers are desperately needed to ensure this important final resting place of American children is not forgotten and hopefully in the future an information board can be erected.

You can help by joining one of the tours in English which are available several times during the year, which not only raise awareness of the site but also raise money for for its care.

The next tours will be led by Jo on Sept. 21 and Oct. 25. Additionally, the Frankfurt on Foot donates money made from its tours of the main cemetery which also visit the American Kinderfeld. To make a contribution or to find out additional information about American Kinderfeld Frankfurt, please email Jo Cothran Ator at info@frankfurtonfoot.com.

In this peaceful section of the Frankfurt Main Cemetery, you will find small sandstone gravestones of names of American children from 1947 to 1986. The once grieving parents are long gone from Germany, perhaps resting in a cemetery themselves. And even though the U.S. Army Forces left the city of Frankfurt many years ago, the once beautiful American babies are not forgotten at the American Kinderfeld Frankfurt at least by some dedicated volunteers, like Jo.

Frankfurt is only thirty minutes east of Wiesbaden, approximately one hour and twenty minutes northeast of Kaiserslautern and just over two hours north of Stuttgart. To find out train information, click on Deutsche Bahn.