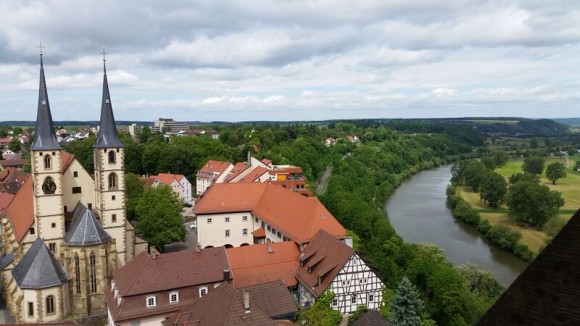 Bad Wimpfen is just one of the charming villages in Baden-Württemberg along castle road between Mannheim and Prague. With a few of my trusty friends, we visited this ancient village along the Neckar and found many treasures. Bad Wimpfen’s history is one of compromise and collaboration, in which today it is marketed as a health resort as well as a medieval town.

Every season brings a few traditional and non-traditional activities for this once very booming town. Known as the Imperial Town, Bad Wimpfen was believed to have started around 450 BC. A huge part of its history was the constant struggles of control because of the intersecting three rivers. Until 1952 the medieval town belonged to the Hesse region and then became part of the Baden-Württemberg state. 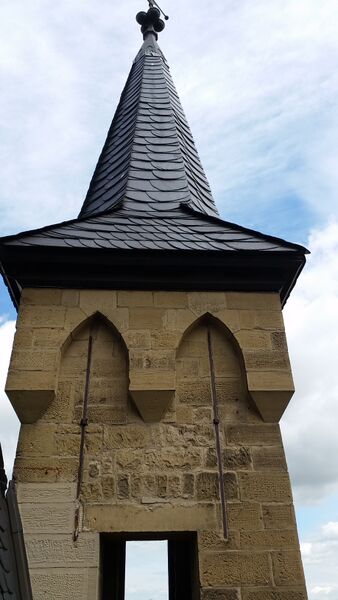 Built between 1160 and 1170, the Blue Tower of Bad Wimpfen is still open as a museum today. A tower-keeper, who still lives here, has the responsibility for the care and maintenance for tourists to learn about the tower’s history. The 360 degree panoramic from the tower of the valley is breathtaking. It is said that the tower, which is presently under construction, have a fire every 150 years. The facade and exterior have changed a little over time with functionality and style. It was just a few Euro each to walk the tower and take in the site. Within walking distance is the Red Tower (RoteTurm). You can also visit this tower, although it is “climb at your own risk.” 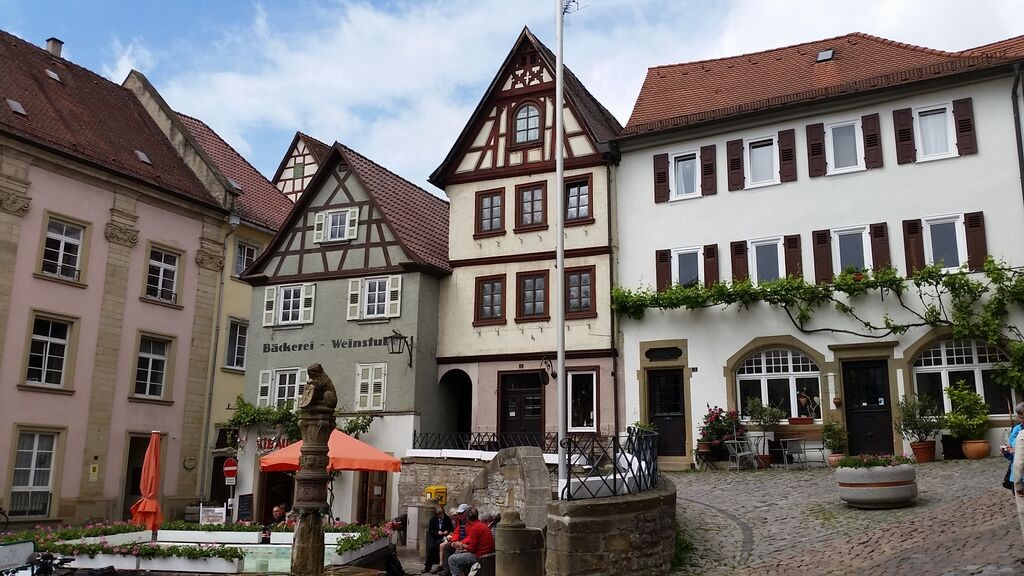 In a country full of castles, it’s good to know you can visit quite a few just by following the Castles Road. The Castles Road is a 1200 km trail weaving through the countryside of Germany to Prague. This route is ideal, especially if you have visitors with a short amount of time wishing to have a taste of Germany’s castles.

The road begins in Mannheim and weaves through Heidelberg, Bad Wimpfen, Rothenburg ob der Tauber, to Nürnberg and then all the way to Prague. The enchanted Burgenstrasse is not just an incredible trip of castles, chocolate and wine but also health and restoration. Bad Wimpfen is almost the half-way point along the road and would be a great stop along the route. 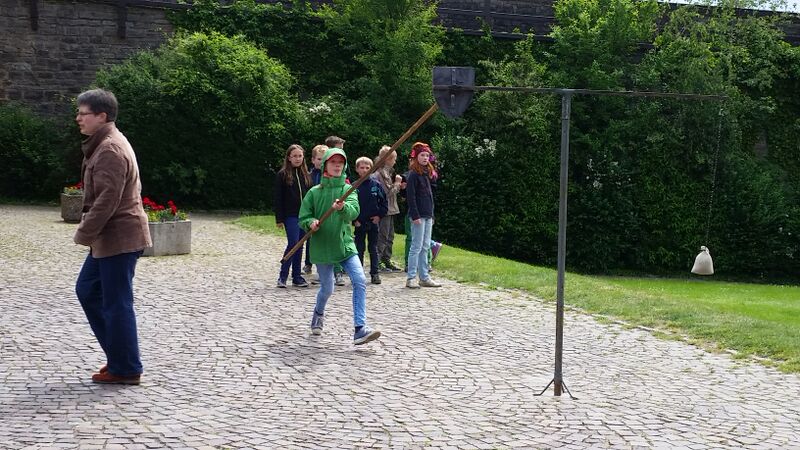 You might be amazed with what’s next around the bend while touring through parts of Germany. On our tour between the two towers we saw school children practicing jousting and archery.

We had coffee and pastries at Angelino Cafe, a cafe and decorating store on the Haupstrasse. The footpaths to the quaint downtown shopping area of Bad Wimpfen are lined with historical, handmade crafts and gifts for the most distinguished shopper. We also stopped in for lunch at Zum Kräuterweible, located on Marktrain Strasse 5, with our group in an upper room where we enjoyed a traditional Swabian menu of Maultaschen (a pasta dough filled traditionally with minced meat and spinach) and Gemüsesalat (vegetable salad). 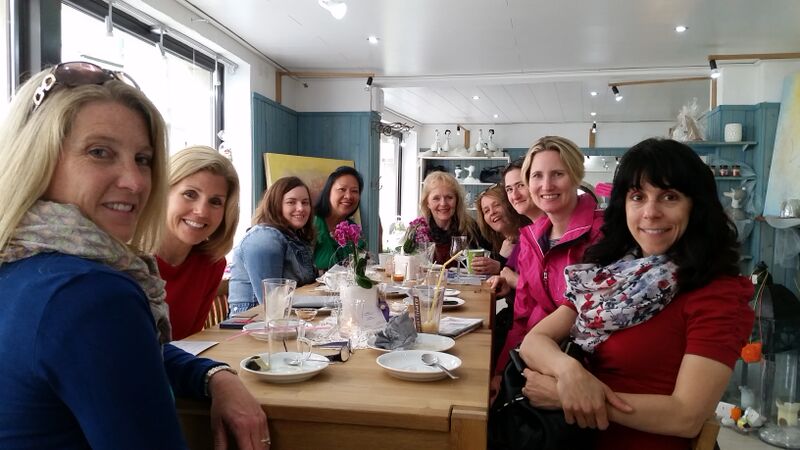 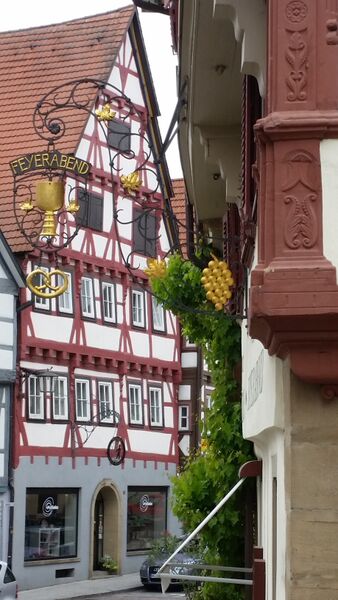 Bad Wimpfen is a just under a 1 hour drive north of Stuttgart, 1 hour and 40 minutes drive southeast of Wiesbaden and just over 1 hour and 30 minutes east of Kaiserslautern. Also click on DB Bahn for train details.

Author’s Profile: Wendy Payne is a military spouse and lives with her family in Stuttgart, Germany. She is a freelance writer, blogger, and photographer. She also enjoys gardening, hiking, yoga and sharing Europe with people