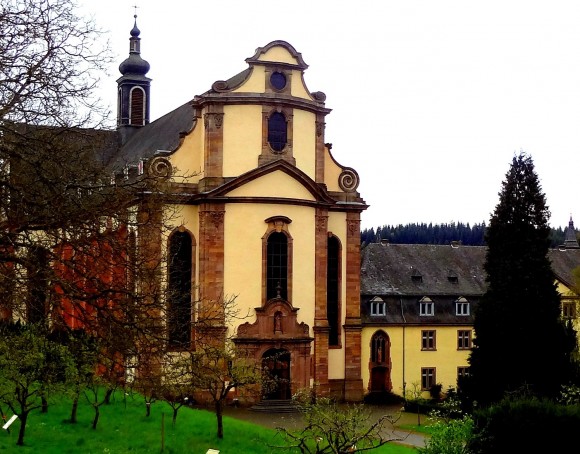 Story and photos by Cheryl Koller

In my early 20’s I worked in a law firm in Atlanta, Georgia. A sweet lady in her mid-forties worked with me and was the mother of two children~ one adolescent and one toddler. Just before her birthday, she happily announced that her husband was giving her a “weekend of silence” at a Monastery nearby. She was thrilled and talked excitedly for days before she left. I was perplexed. Why on earth would anyone want to go to a Monastery for three days and experience absolutely nothing but “silence”? Then I had children and I understood.

I jokingly (sort of) tell this story as an intro to my visit to the Abtei (Abbey) Himmerod. The “Abbey” is located in Grosslittgen approximately 45 minutes from Ramstein. Nearby is German’s oldest city (Trier) as well as surrounded by forests, valleys and the river Mosel in the wine growing area. 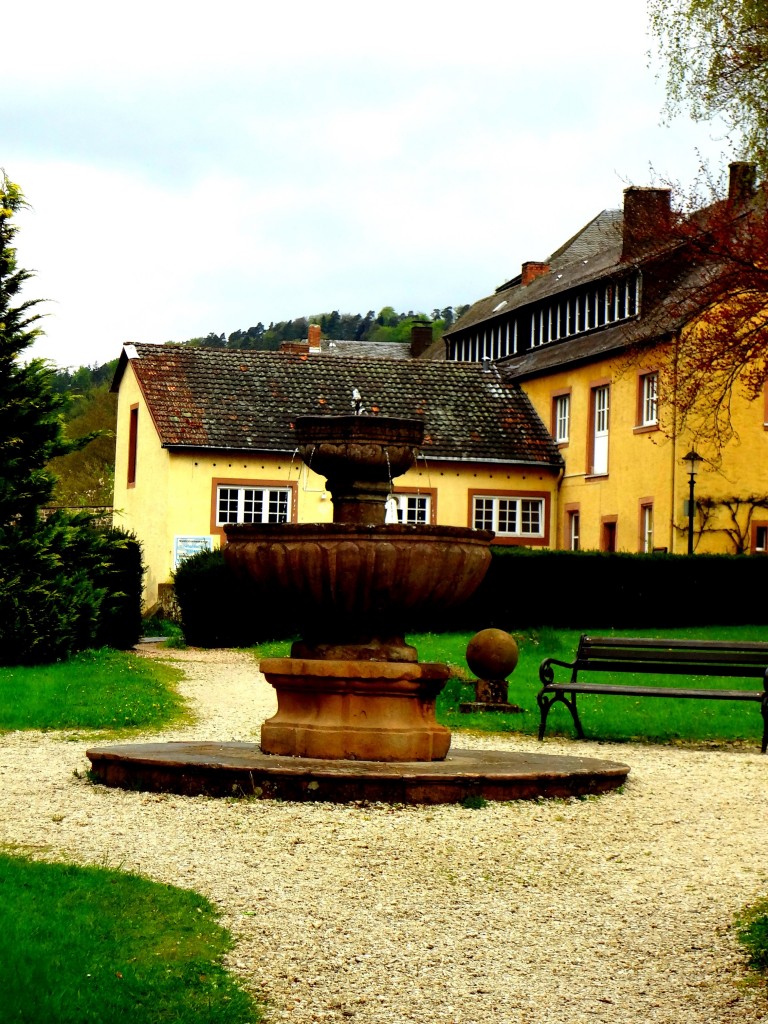 Even though I have seen pictures of the Abbey, I was pleasantly surprised by its impressive size. The grounds are well kept and beautiful. Even though we visited on a somewhat gloomy day, it was easy to see this will be a great place to visit once summer is fully underway. 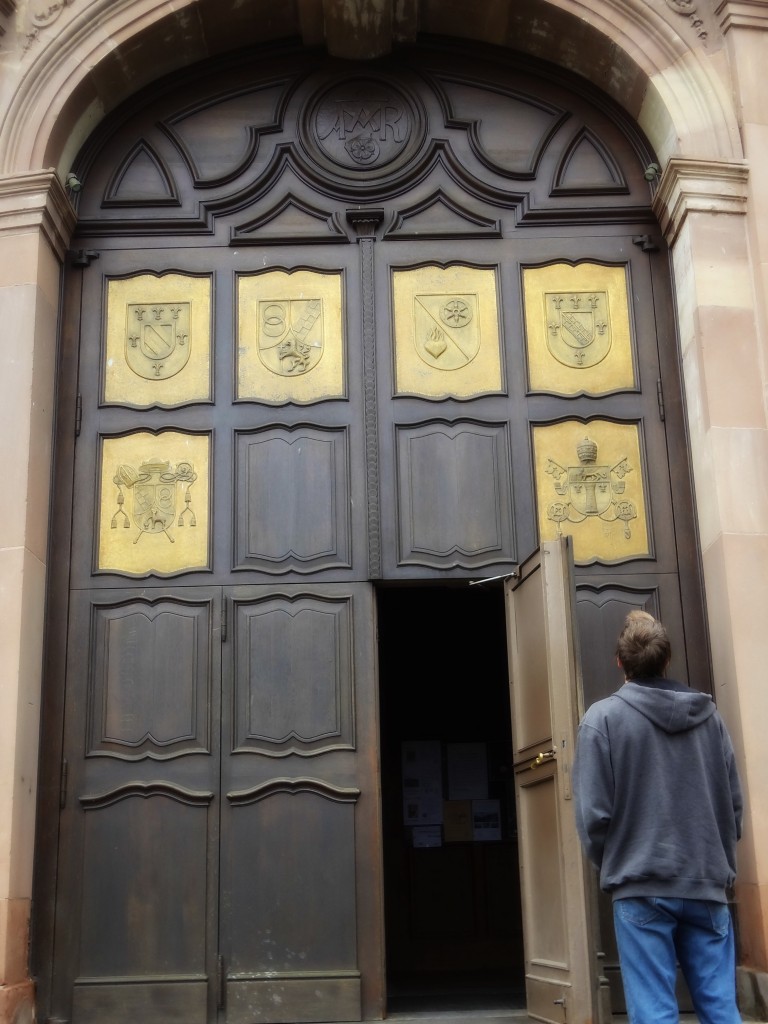 We were a bit timid at first since we seemed to be the only ones there and sometimes it’s hard to know if something is actually open to the public or just open to the immediate community. Trust me, I have made this error a couple of times. Due to my sense of adventure and apparent lack of fear, if a door is open…I go inside. No worries here, the church is open to the public. 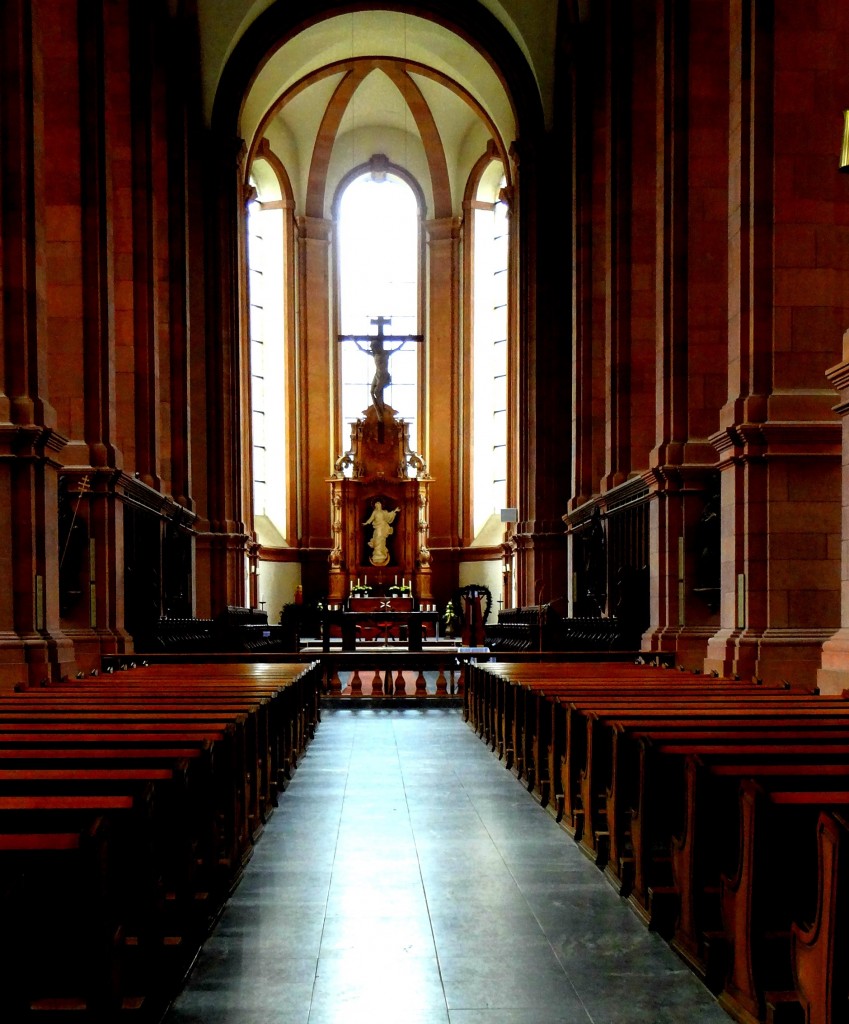 The interior of the church is quite simple yet somehow it seemed dramatic with its high ceiling. There are many side rooms in the main part of the church featuring various forms of artwork and acknowledgements.

There is a massive organ in the front corner and I later discovered that there are CDs for sale in the bookstore featuring this organ. It is lost in translation to me, but I suspect that this is a famous organ. 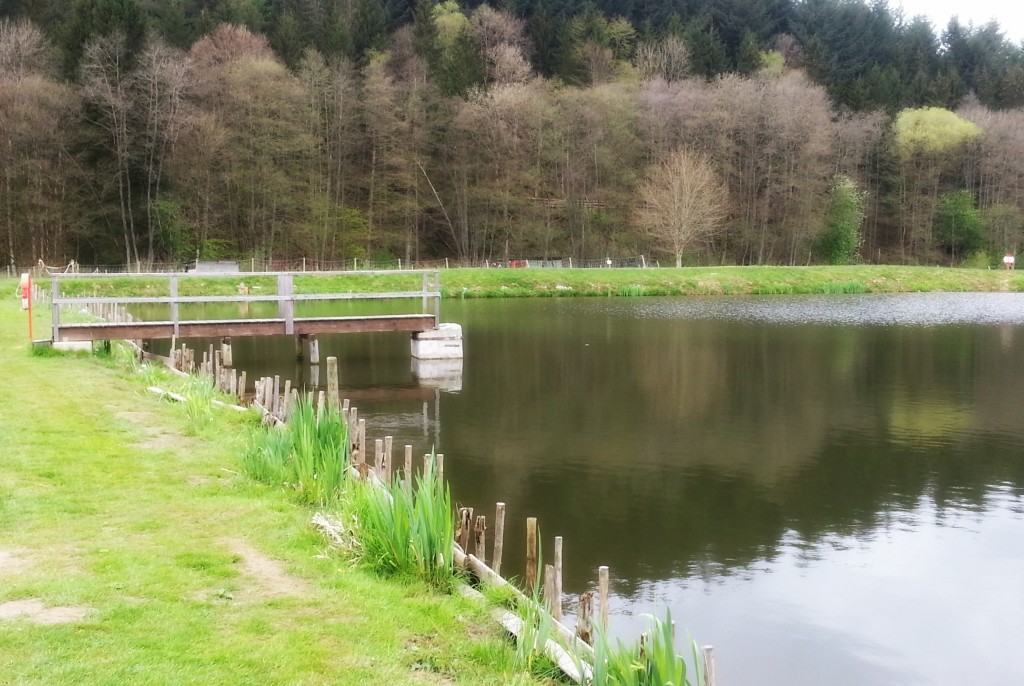 The outside grounds are just beginning to turn that beautiful vivid green that we see in Germany in the spring and summer. There is a fishery on the property (known to us Americans as a “pond”) and you can pay to fish there. It was not open on the day that we were there, so I have no idea about pricing, etc.

I do know that the fish from this pond are served fresh at the Restaurant Himmeroder Klostergaststatte. I know this because we had one for lunch!

The property also hosts a museum, bookstore, café and a guesthouse. Something that I did not know about monasteries and abbeys is that is very common for the monks to brew their own beer. Being raised Southern Baptist, this was really different for me.

Not only do they brew beer, they also make liquor! What? Oh, and other cool stuff like honey from their own bees and apple spritzer from their apple orchard. Feel free to bring the kids along on a day trip, as they have a playground and lots of outside space to run around while you sit outside enjoying an Abteibier.

Monks of Cîteaux have been living at the Abbey since roughly 1135 and there are several of them are there even today. You can visit the Abbey for a day or stay overnight. Visit their website for more details. You can also check the event calendar for meditation and yoga retreats.

There is something very serene about this entire property. Unfortunately, on the day we went it was cold and raining which never makes for a fun time for me. I hate rain and cold. But, I did love the pond and just the overall peaceful feel of the grounds. I think I will make this trip again when the weather is nice and just lounge by the pond….in silence. 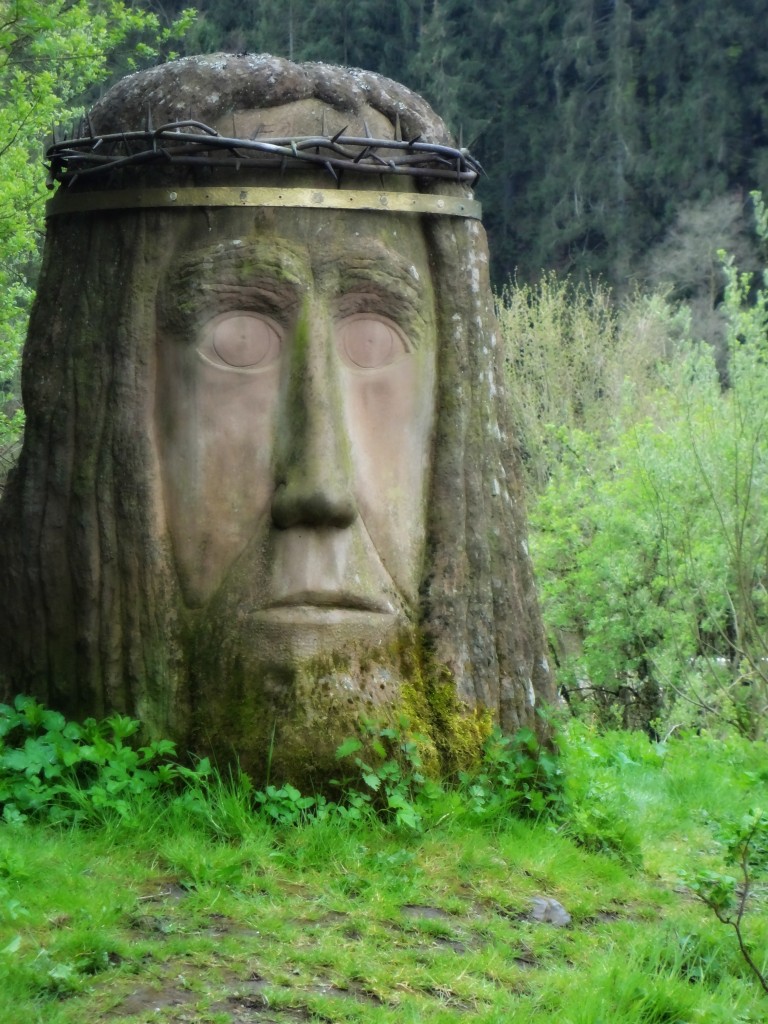