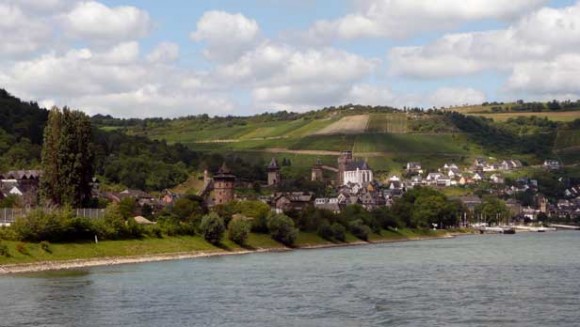 Story, photos and videos by Nicole Pothier, editor of the Kaiserslautern American newspaper

No more than an hour away from the KMC (Kaiserslautern Military Community) is one of Germany’s most beautiful, romantic and scenic areas — the Middle Rhine.

The Middle Rhine, known for it’s more than 40 castles and rolling vineyards, is a tourist’s dream destination. This area of the Rhine River stretches from Bingen in the south to Bonn in the north and is complete with medieval era castles and ruins, quaint wine villages, and fascinating history.

When visiting this romantic and scenic stretch of the famous Rhine, don’t forget to visit these sites: 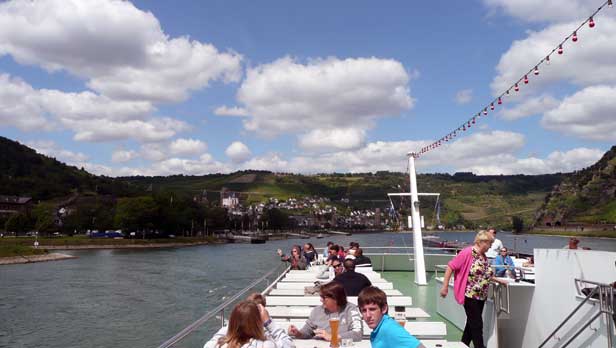 From the more than 40 castles in the area, most of them now stand in ruins or are privately owned and don’t allow visitors. But there are some castles that have opened their doors to the curious tourist.

Reichenstein Castle: This castle was built in the 11th century and endured years of destruction and decay. Now, tourists can wander its halls and see a large collection of cast-iron plates, generations of hunting trophies from around the world and a giant weapons collection.

Rheinstein Castle: Not far from Reichenstein Castle is Castle Rheinstein, a medieval castle built to serve as a customs post. This castle still possesses a functioning draw bridge, an amazing view of the Rhine River below, and a crypt. 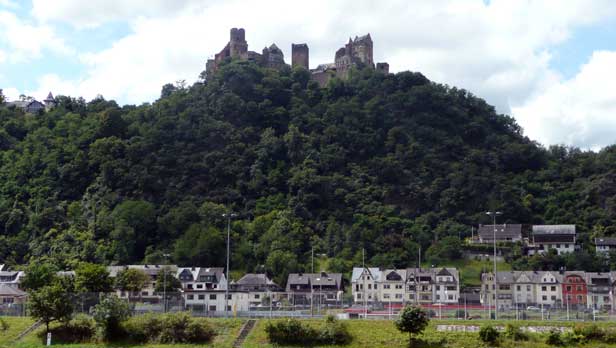 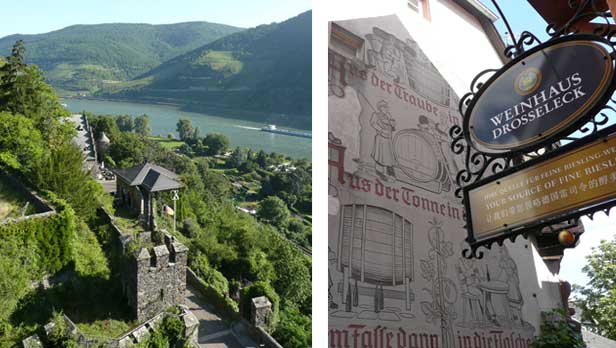 The City of Rüdesheim is located in the heart of this romantic stretch of the Rhine. This city is most known for the Drosselgasse, a narrow alleyway lined with half-timbered houses, wine taverns and restaurants; the “Niederwalddenkmal,” a monument that commemorates the establishment of the German empire (reachable by cable car); and its museums, including the medieval torture museum, the Asbach distillery and the mechanical music instrument museum. 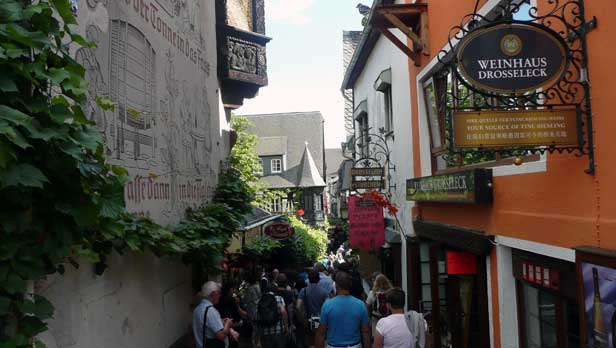 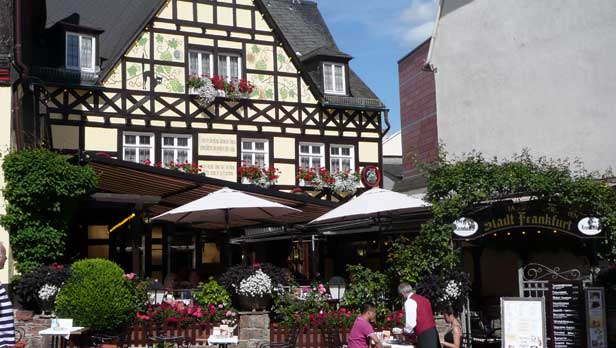 The Loreley rock, which stands on the eastern bank of the Rhine River near St. Goarshausen, is undoubtedly one of the most famous in German history. This rock marks the narrowest part of the river and is a UNESCO World Heritage Site. The area is famous for its strong currents and treacherous rocks, but more so because of the myths surrounding it.

According to legend, the Loreley is a siren, who sits on the cliff above the river combing her golden hair, distracting ships with her beauty, causing them to crash their ships on the rocks below.

Today, a statue of the beautiful maiden stands below the cliffs. On top of the famous rock is a visitors’ center, which offers tourists a stunning view of the Rhine River below.

Check out our videos page to take a look at the Rhine and many more places to explore throughout Germany.