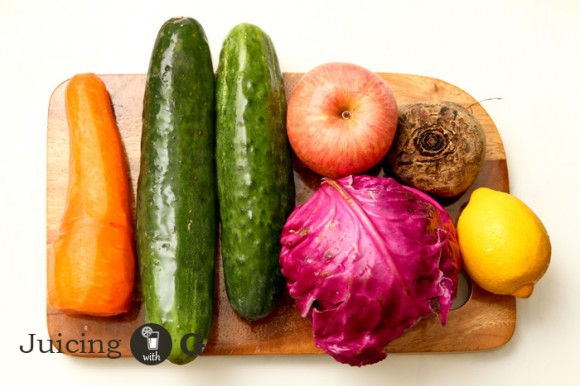 Men will love to know that the beet root is a natural aphrodisiac. In fact, it was used as early as the ancient Romans. But don’t take this root crop in without diluting it with other ingredients because of its strong earthly flavor. Some people have even called it “sweet dirt”. Enjoy these two delicious juicing recipes, then go wild and create your own. 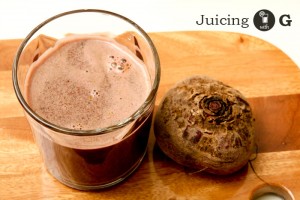 But a word of caution, unless you’re suffering from high blood pressure, don’t take this in large quantities as it has a strong detoxifying effect on your body. A small to medium beet juice (mixed with other ingredients) twice a week would be enough.

The beet root also contains a high amount of Betaine, which is an amino acid that help fight cancer.

Those new to juicing may not like the flavour initially. Fortunately there are ingredients, which when combined with beet root, will highlight its natural sweetness. 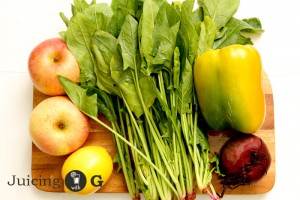 When you combine apple and lemon with beet, you’ll have a sweet drink minus the earthy flavor. The sweetness of apple and the sourness of lemon does a good job in masking this.

I included the stems of the spinach as you can see in the photo but using just the spinach leaves are also ok.

I also peeled the skin of the beet root, since it is a root crop. However, this a matter of personal preference. As long as you’re buying organic beet, it’s okay to include the skin. Just wash it well. 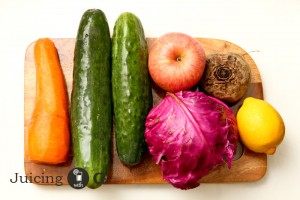 This recipe is less sweet than the first recipe because of the two cucumbers that diluted it. If you want a sweeter drink, use only one cucumber.

Don’t be afraid to experiment with ingredients such as replacing spinach with kale or romaine lettuce. That’s the beauty of juicing.

Author profile:
Garrick Dee is an entrepreneur and a blogger who shares his new found love for juicing in his blog Juicing with G. He shares his experiences, recipes plus other health related articles on the benefits of eating (or in my case drinking) raw vegetables.